Piaggio presents the Vespa 946 2013 ABS-ASR, an ultra tendency scooter. Thanks to its style and its completion without fault, thereto one is beautiful, but not only! It is indeed a luxurious scooter, equipped well, having a part cycles new and of a modern motorization. 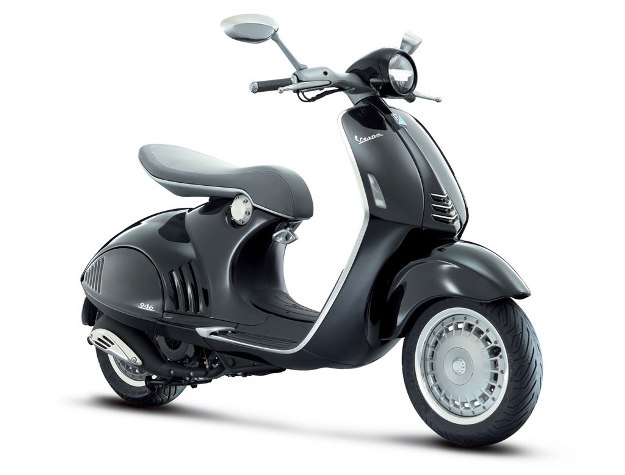 One already knew it since the presentation of the S 125ie 3V and LX 125ie 3V last June, Vespa will market in 2013. The New -retro “wasp” splendidly observed in Milan in 2011 (article with reading here) and baptized there is Vespa 946 (in reference to the first model left in 1946). Information about it had remained secret until Tuesday; however on the web certain sites already published photographs of the luxurious wasp.
As a result, before its official presentation with the living room Eicma 2012 of Milan, the Italian manufacturer reveal us all technical information along with the battery of equipment embarked by its very new high-end ultra tendency.

946 2013: A model of series almost identical to the prototype

On this stereotype first of all we note with joy that the Italian manufacturer remained extremely near to the concept which had made great noise the last year. The round lines are indeed identical, the design of the rims is preserved, like the handlebar with fire minimalist, in short, the new aspect ratio of scooter is intact, and it is so much better.
On the level of the construction of the Vespa 946 2013, the tradition Vespa is respected. The two-wheeled vehicle is built around a sheet framework monocle, decorated parts of aluminum to a perfect completion.
Handlebar, support of saddle, side protection measures and mudguards indeed consist of this beautiful alloy. Fires present of Leeds, the loc meter made in “full LCD”, the saddle exposes its splendid design and painting seems particularly neat. In short, Vespa wanted to make its new wasp a jewel. At first sight, it seems that the Italian manufacturer did not miss his blow! 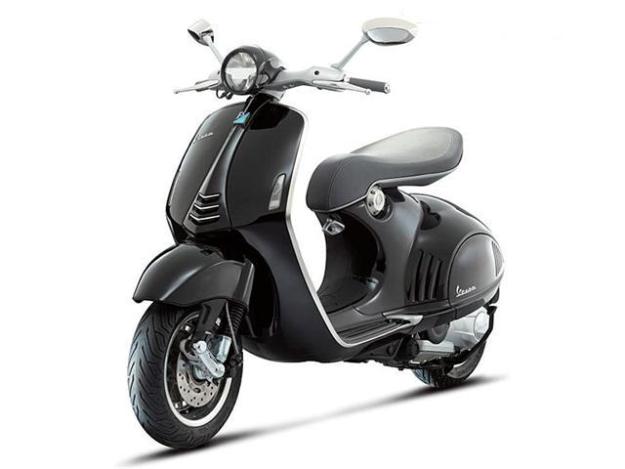 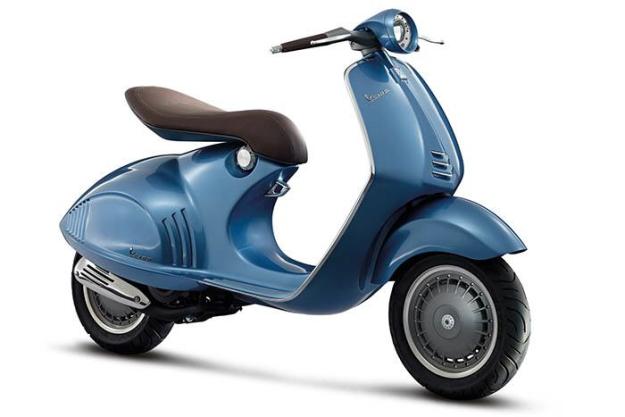 With the Vespa 946 2013, Vespa did not only produce one model with stunning aesthetics.  Indeed, for placing the machine at the top of his range, the manufacturer of bridge era equipped it as of these last advanced technologies.

It is propelled by the modern one-cylinder one with air 125ie 3V, a block with the optimized output, called to low frictions. Compared to old engines 4T with air, it consumes less, and is less noisy while offering interesting performances (you can find all the data on this mechanics who equips already the S and LX 125ie 3V here). 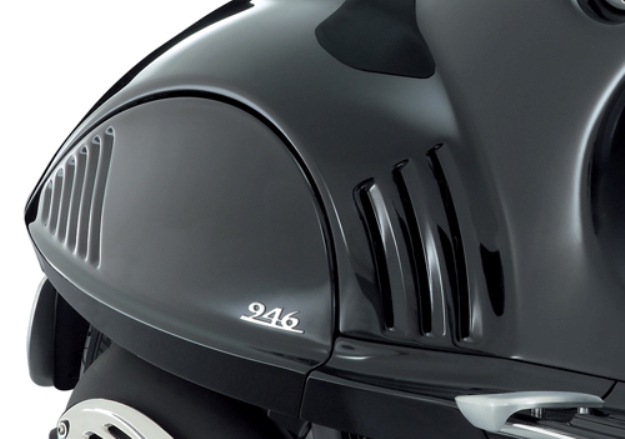 But in addition to this new heart, it is the whole of the part cycles which holds our attention. In detail, this Vespa belongs well to the category of the “small body stocking” (like the S or the LX), but it presents beautiful wheels of 12 inches like in the back, offering in fact more stability than the wheels of 11 and 10 inches generally installed on small the Vespa.
However to give him agility, the geometry is identical. To reinforce the handling, for the first time in its history, Vespa installed in the back, a my-shock absorber with horizontal gas in position, pledge of progressiveness. But front fork remains same with beam. 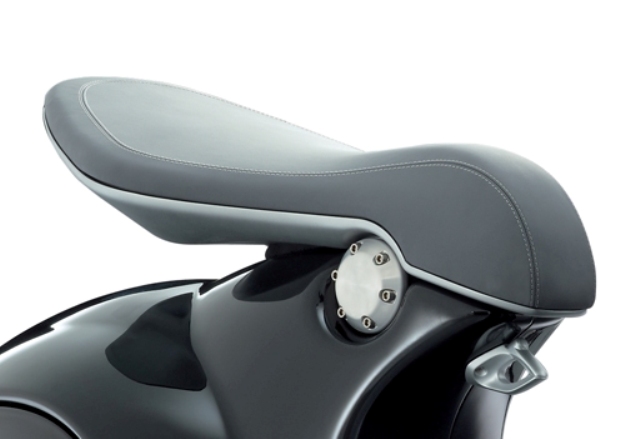 High-end obliges, Vespa 946 2013 is equipped with a brake ABS functioning on the discs before and back. With an aim of offering an optimal safety, this beautiful realization also has a system of traction control called ASR, a first at Vespa (It equips already Aprilia SRV 850 and Piaggio Beverly Sport Touring 350). Thus with these technologies, the wheels of the Vespa 946 2013 will not block with braking and the back will not slip with acceleration.
Remain connected for more!