Triumph’s Scrambler 1200 and Ducati’s Scrambler Desert Sled are suitable options if you want a bike with a classic aesthetic that can hit the dirt. Find out the full comparison review of the Triumph 2022 Street Scrambler vs Ducati 2022 Scrambler Icon.

The Triumph Street Scrambler is a member of the Bonneville motorcycle family, even though it does not bear the Bonneville moniker. The Triumph Street Twin, which has the same engine, transmission, and chassis, is its closest relative technically. The Street Scrambler, however, has a few minor modifications that make it more appropriate for possible off-road trips. These are in addition to the high-mount exhaust. 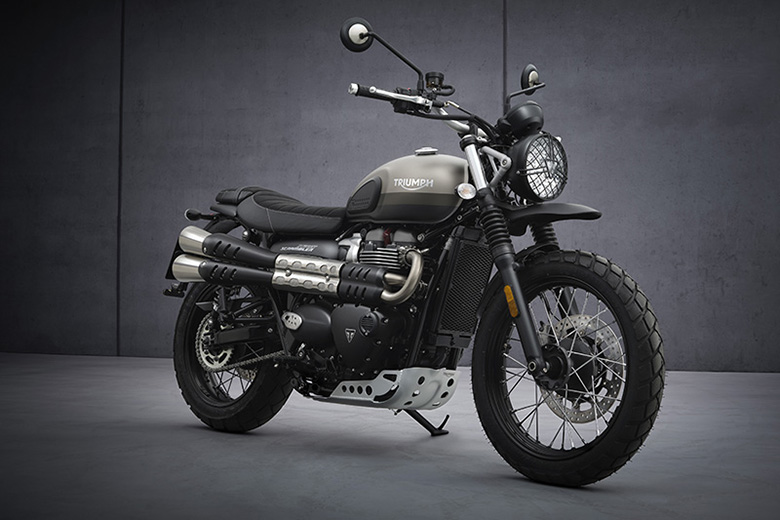 Despite having the same output as the Street Twin, the Triumph Street Scrambler’s peak power and torque are delivered at lower RPMs. It also sports spoked wheels covered in dual-purpose tires, a broader handlebar, and a giant front wheel. For added stability, it also has a greater rake, trail, and wheelbase. Additionally, in addition to the Road and Rain Modes of the Street Twin, it offers a specific Off-Road Mode.

The entry-level Scrambler models in the lineup are the Ducati Scrambler Icon and Icon Dark. They are also the least expensive new Ducati motorcycles, excluding the Monster. Although they don’t have many off-road or performance features, they appeal partly because of their general simplicity. Their short seats and upright ergonomics are both the same. Additionally, their air-cooled, desmodromic-valve L-twin engines are recognizable as being made by Ducati. 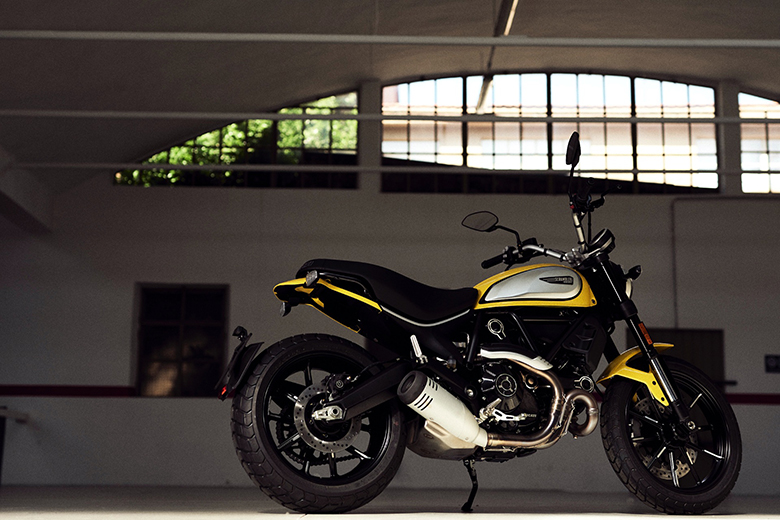 The 2022 Ducati Scrambler Icon and Icon Dark share the same equipment. Their color palettes are the only thing separating them. Yellow and red versions of the standard Icon are offered. Nevertheless, the aluminum side panels on both models are exchangeable. Ducati improved the electronics, adjusted the suspension, replaced the seat, and went from a cable-operated to a hydraulic clutch.

The Triumph Street Scrambler received some engine modifications for Euro5 emissions in 2022, but its output remains unaltered. The 2022 Street Scrambler includes some revised trim, such as redesigned seats and aluminum heel guards. The Gold Line and the Sandstorm Edition are two limited-edition trims offered this year.

The Sandstorm Edition has some other technology that is not included in the Gold Line because it is merely an aesthetics package. An aluminum skid plate is used instead of the customary one. It has rubber knee pads, a protected headlight grille, and a mudguard. 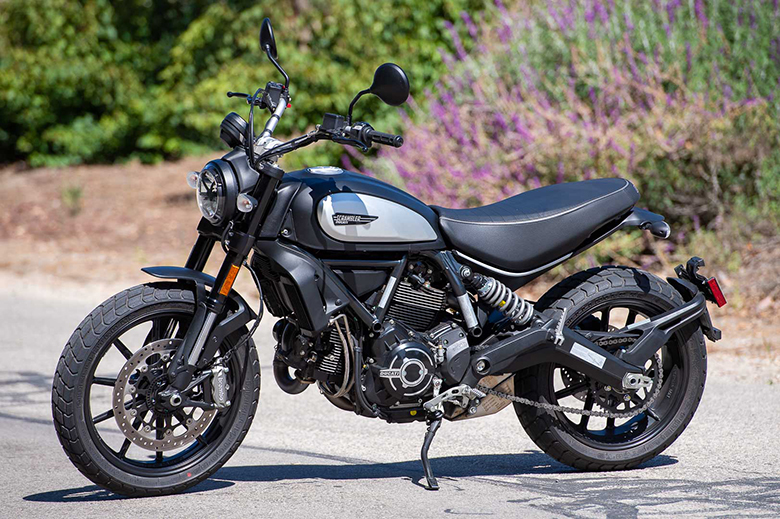 Except for limited-edition trims, the Ducati Scrambler Icon and the 2022 Triumph Street Scrambler share some features. Both vehicles offer LED lighting, LCD screens, USB charging outlets, optional app connectivity, Brembo front brakes, and under-seat storage spaces. However, the Triumph sports a Nissin rear brake, while the Ducati Scrambler has a Brembo one. The Ducati also boasts ABS that is improved for corners. The Ducati’s gauge is a single large LCD, whereas the Triumph’s features an analog speedometer with an LCD screen.

Although the Ducati Scrambler Icon lacks some characteristics, the Triumph Street Scrambler does. The British bike offers numerous riding modes and traction control. Additionally, you may decide between its traction control and ABS. Additionally, whereas the Metzeler Tourance tires on the Triumph are actual dual-sport rubber, the Pirelli MT 60 RS tires on the Ducati are only on/off-road rated. The Scrambler Icon features a one-piston rear caliper, while the Street Scrambler has a two-piston caliper. 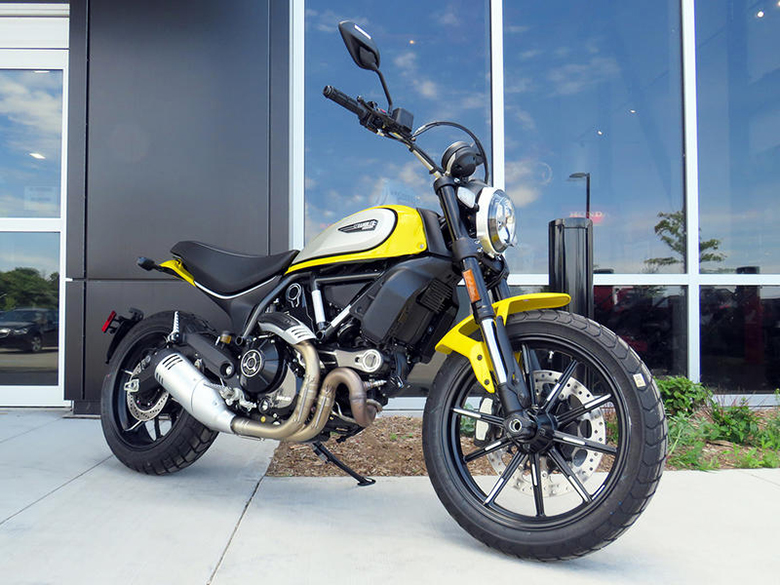 Because they are standard lightweight motorcycles, they are ideal for interstate cruising and urban commuting because they feature neutral, upright riding positions. Additionally, they are simple to steer and manage because of their flat, wide handlebars and small size.

The Ducati Scrambler Icon is the more agile handler on paved roads. On paved roads, the Street Scrambler is easygoing and stable, but it lacks the Street Twin’s dynamic appeal. It’s the most “relaxed” bike of the two, but it’s still entertaining on curvy roads. The Scrambler Icon, in comparison, has low exhausts that are easier to live with and feels livelier and more accessible to flick around and into curves.

While the Ducati Scrambler Icon can occasionally ride a dirt path, it’s not mainly built for that riding style. The Triumph Street Scrambler is visibly more at home because of its tires, skid plate, and high exhaust pipes. Although it doesn’t perform as well as the Scrambler 1200s, the Ducati is still superior. 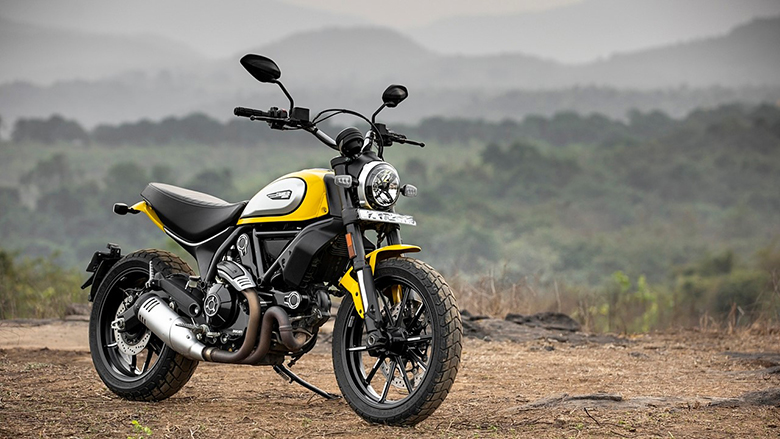 In terms of off-roading, the 2022 Triumph Street Scrambler is the more “genuine” scrambler. It also includes more technological and safety features. Additionally, it has longer service intervals than the Ducati since it lacks desmodromic valves. Triumph can better pull away at low speeds thanks to its increased torque. When attempting to keep up with city traffic, that is crucial.

The Ducati Scrambler Icon is significantly less expensive and heavier than the Triumph on dirt roads, yet it can’t keep up with it. Furthermore, its ABS has improved cornering. Even while the Ducati doesn’t have as many features as the Triumph, that is one of its selling points. And its livelier nature is “ultimately truer to the scrambler ethic.” 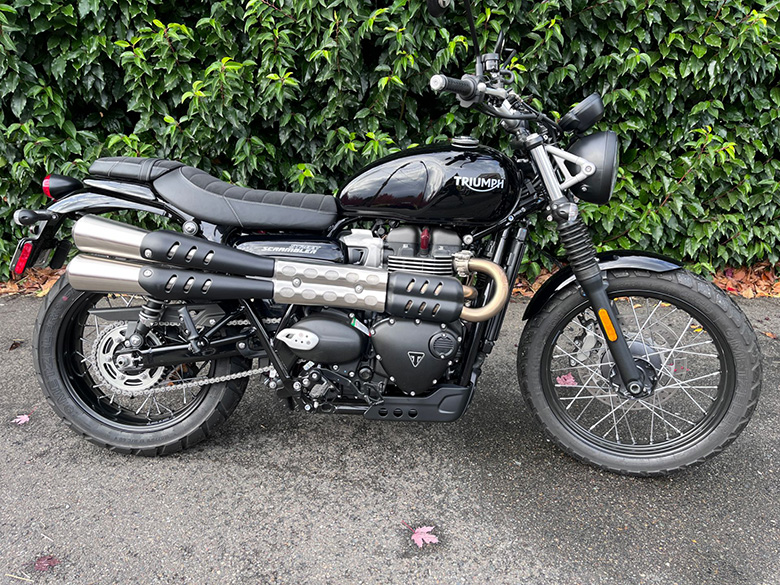 Which retro urban scrambler is suitable for you?

It’s necessary to test ride both the Ducati Scrambler Icon and the Triumph Street Scrambler to make a decision. Decide which one feels more comfortable for you by trying both. Even while the Triumph is the more historically authentic scrambler, that doesn’t automatically make it a better city bike. The Triumph may not perform as well off-road, but on city streets, the Ducati triumphs over the Triumph. 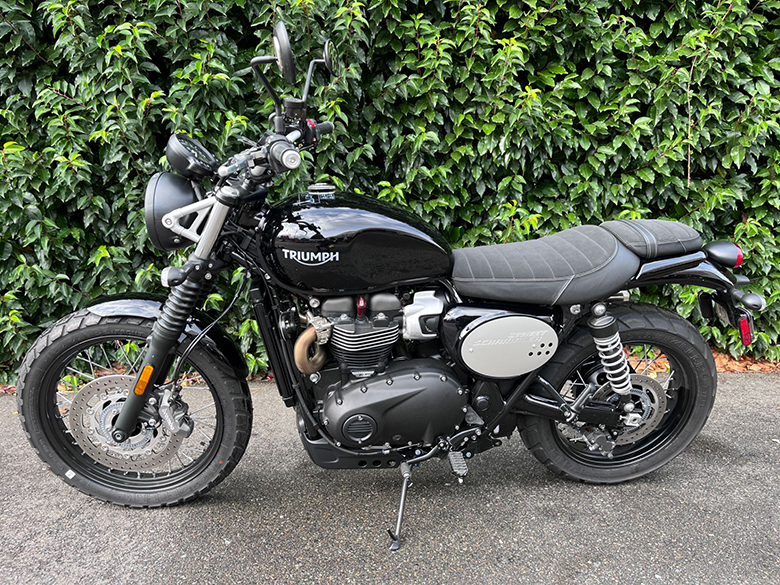