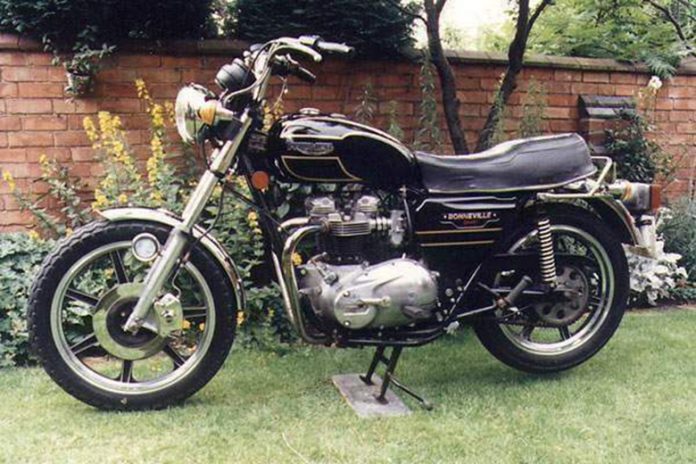 The announcement of Triumph’s updated Bonnevilles for 2022 is excellent news; after all, what’s not to like about a retro that already leads its class but has been improved even further? But it also prompts the inescapable query: Is the new Bonnie the best Bonnie ever? And if not, which other roles have the great British icon’s long, more than 60-year history produced the most brilliant stars?

So, we decided to investigate by going back to the initial launch in 1959 and exploring Bonneville’s past to determine which models were made exceptionally well or not, depending on the circumstances.

From the original Meriden Triumph company and John Bloor’s revived Hinckley Triumph in 2001, the result is our selection of the ten best overall. Of course, the decision is personal. There is no denying, however, that the bikes we chose are among the best, if not THE best. They make excellent classics or contemporary “runarounds,” and they are all available for prices ranging from £3000 to £20K. Here is that selection of the Top Ten Best Triumph Bonneville Bikes of all Times. 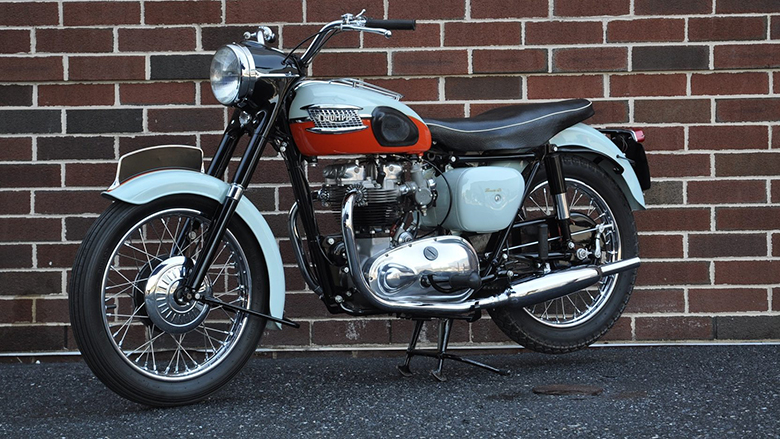 Even if they are not the most excellent motorcycles, original first editions are always the most sought-after in the world of vintage bikes. We’ve already described the history of the original “Bonnie,” so we won’t go into it again. The first model was manufactured at the request of Triumph’s US importer to offer a more powerful performance machine for the American market. It was a twin-carb version of the earlier single-carb 650cc T110 Tiger and got its name from Triumph USA’s successful 1956 Bonneville Salt Flats world speed record. While the T110 Tiger was quicker and had greater power, the T120 bit referred to Triumph’s stated max speed for the new Bonneville.

The original Bonneville wasn’t warmly accepted by everyone, despite being the “fastest motorbike in the world.” Triumph was so skeptical that it wasn’t even included in its 1960 brochure. Americans didn’t admire the skirted mudguards and tangerine/blue paint job quickly manufactured with Tiger bodywork.

However, this quickly changed, and the new Bonneville gradually gained appeal, especially with an improved frame. Unit building began in 1963, and by the middle of the 1960s, the Bonneville and its performance offspring, such as the 1965 Thruxton production racer and the 1966 T120R flat track racer available solely in the US, were generally recognized as the most powerful motorcycles of the time. Despite being despised then, the first “Tangerine Dream” from 1959 remains the most sought-after owing to its novelty and scarcity. 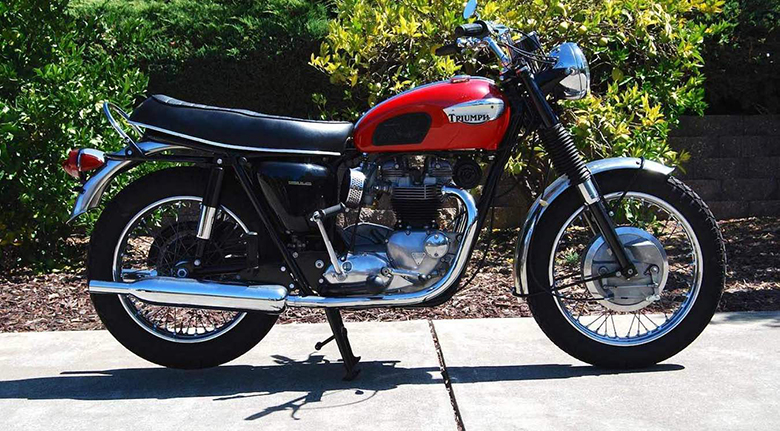 Before things went “south” with the contentious “oil-in-frame” 1971 model, the 1968–1970 T120 Bonneville is usually regarded as the most effective, purest form of the original 650cc twin, despite not being the first. (It is also, incidentally, the model that served as the primary source of inspiration for the 2001 Hinckley Bonneville 800.)

The unit construction, dependability, performance, and brakes had all been enhanced since 1959, and it had possibly the most excellent look of any Bonnie. New Amal Concentric carbs and an improved front brake were also added that year. In retrospect, the peak year for the original 650 Bonneville was 1968, but the advent of Honda’s new CB750 marked the end of the Bonneville as the “fastest motorcycle in the world,” and succeeding versions, although typically better, were steadily lagging behind the Japanese.

1968–1970 650 T120 is undoubtedly the most iconic vintage British bike of them and is the best classic Bonneville.

Despite several modifications to the Bonneville, Triumph’s fortunes usually declined slowly and painfully throughout the 1970s. The company was now plagued by business and industrial issues, and the Bonneville itself was still noticeably old. Unpopular new “oil-holding” frames were launched in 1971, 1972 brought a five-speed transmission, and 1973 brought a front disc brake along with the new, larger bore 750 T140.

Even if the subsequent upgrades were an improvement, the Bonnie still lacked a left-foot gear change and an electronic starter four years after the CB750. Even worse, strikes at Meriden resulted in a meager production rate in 1974 and none in 1975. The Bonneville was Triumph’s final remaining model by 1976 when the Trident was discontinued, and cash-strapped Meriden increasingly relied on gimmicky limited editions to attempt to sell bikes. 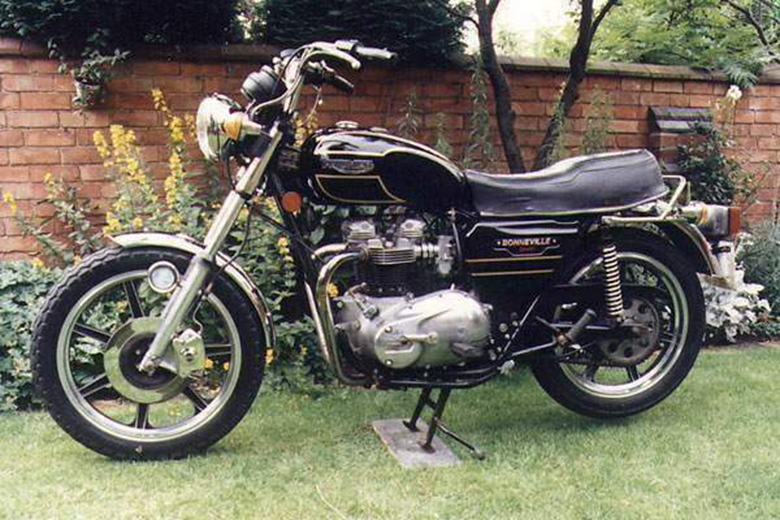 A few Bonneville models stand out even though Triumph was a shell of its former glory by 1979, utterly surpassed, and widely derided. The T140D from that year, for instance, was undoubtedly not the best-looking, quickest, or most expensive Bonneville, but it stands out as one of the best-looking Bonnevilles ever.

Triumph’s offering was the T140D “Special,” which was created in response to the late 1970s trend for factory customs (remember Yamaha’s black “Midnight Specials”?). Although mechanically not much different, styling changes like the US-style “peanut” tank, polished Lester cast alloy wheels, a new 2:1 exhaust and chrome mudguards made it stand out. 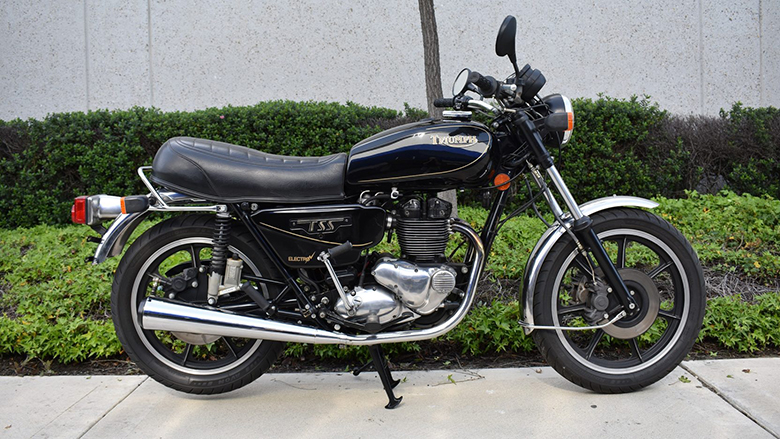 The TSS and TSX technically weren’t Bonnevilles since Triumph never gave them the moniker. They had new barrels and 4V heads, although they were based on the T140. They were thus not only Meriden Triumph’s final shot at success as bankruptcy loomed more significant than ever, but they were also, perhaps, among the most advanced and uncommon Bonnevilles. 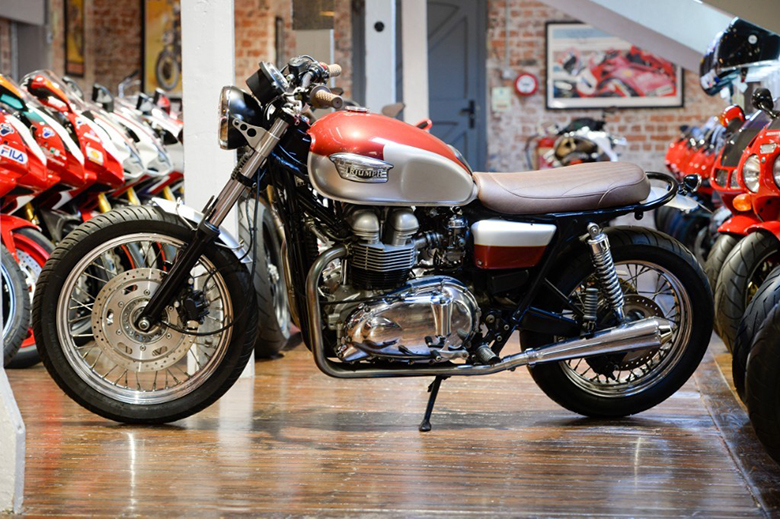 After Meriden Triumph’s demise in 1983, John Bloor famously acquired the rights to the Triumph name for an alleged £250,000 before investing the next seven years on constructing a brand-new facility in Hinckley and a variety of modern machinery. Even though the Bonneville moniker is undoubtedly its most recognized model, a new Bonneville didn’t join the new Trophy, Trident, and Daytona.

But following a period of consolidation and increasingly distinctive models like the 1993 Speed Triple and 1994 Thunderbird, a brand-new, retro-styled ‘Bonnie’ was unveiled at the 2000 Cologne Show and went on to become one of new Triumph’s most successful models, eventually giving rise to an entire family of bikes that now serves as Triumph’s foundation.

Although the initial Hinckley Bonnevilles were largely unremarkable, their popularity led to an increasing number of upgraded spin-off models, including bikes with a more 1950s-inspired design like the T100 and café racer Thruxton (both in 2003), as well as limited edition variations like the Ace and Newchurch.

The T100 “50th Anniversary,” created to mark the 50th anniversary of the original T120 Bonneville in 1959, was one of the first of the latter kind and one of the most remarkable specimens of the “first generation” Hinckley Bonnevilles. The “50th” also received the most fabulous accessories and personalization options. It was based on the already up-specced T100 and had chromed engine casings and dual dials, and benefited from 2008 improvements that included a bigger 865 capacity and fuel injection.

Three years later, one of the most fantastic limited edition Hinckley Bonneville T100 models was produced to mark the 50th anniversary of the shooting of The Great Escape in 1962, during which Steve McQueen performed the most well-known motorcycle leap in movie history while riding a Triumph.

The actual bike used at the time was a TR6 with a single carburetor, but Hinckley Triumph did a respectable job of duplicating it. Based on the T100, the “Steve McQueen” edition received military-style matt khaki paint, a specific tank motif, a single seat and luggage rack, a black headlamp, wheels, bars, and more. This time, it also received an individually-numbered limited edition plaque on the top yoke. There were only 1100 of these vehicles made. 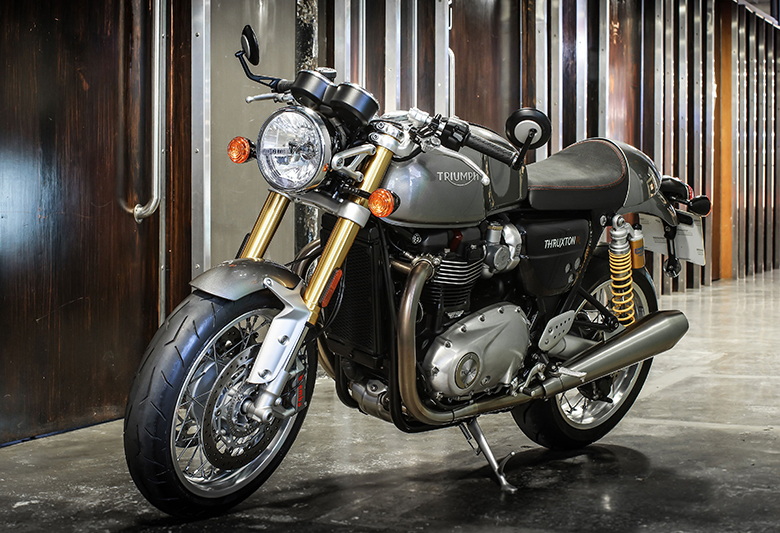 The all-new T120 Bonneville, now more powerful, better braked, more substantial, and better equipped all around, and the café racer version, the Thruxton 1200, stood out when Triumph introduced an all-new Bonneville family of machines with equally all-new 900cc and 1200cc parallel twin engines in 2016.

The Thruxton was now the convincing, high-quality café racer it had never quite been before. It was bigger, more powerful, featured electronic riding modes, and a more extended, dedicated fuel tank. Even better, there was a variant designated “R” that had upgraded brakes (radial Brembos), suspension (including Ohlins rear shocks), details (polished top yoke, Monza fuel cap, etc.), and more.

Hinckley Triumph has lately improved all aspects of its most current Bonnevilles, most recently for 2022, but that hasn’t prevented the company from releasing several high-spec, limited edition variants of the kind that have been so popular throughout Bonneville’s history. Following 2009’s “50th Anniversary” edition of the old 865cc Bonnie, the “Diamond Edition” of the most current one is, fittingly enough, one of the most recent and most significant.