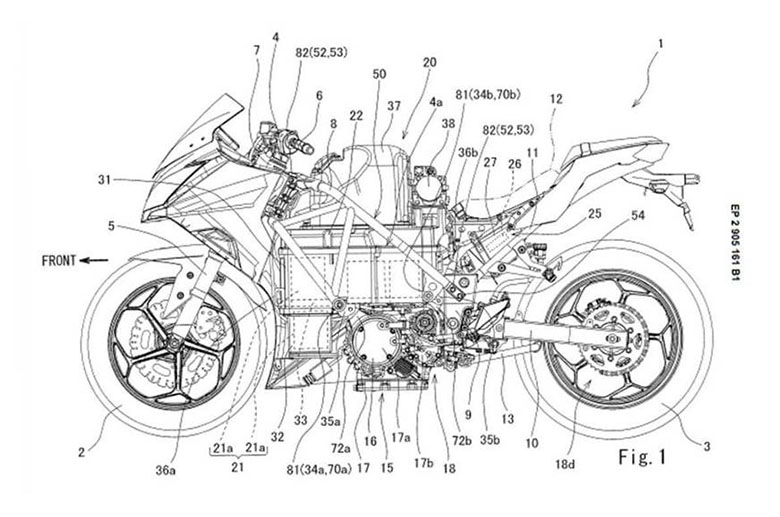 When we look at the inevitable transition from gas to electricity, the focus is on the outstanding technical challenges that lead to new bikes. Internal combustion engine tech faces production issues with manufacturers. Kawasaki has no immediate plans to build electric motorcycles, but the firm officially unveiled its working prototype late last year as part of a decade-extensive research project. Now it has applied for a manufacturing system that promises to save time and money and explains some design choices that appear on this machine. So, finally, Kawasaki Preparing Process for Electric Bike Production.

For decades, world-renowned motorcycle firms such as Kawasaki have streamlined their motorcycle manufacturing processes to reduce costs and manufacturing time. It applies not only to the two factories but also to the Chinese supply, which has the honor of ensuring timely assembly of each component to reduce storage costs and maximize efficiency—reaching the facility.

Inside these factories, they usually make bikes around engines. Engine and frame mixing is often one of the early stages of the final assembly. But electric power throws a wrench into the works because while the battery is the most substantial, most substantial part – the equivalent of a combustion engine in a typical motorcycle – they are often made by outside suppliers, in separate factories. While theoretically, I could have taken them to the central assembly plant for the electric bikes built around me, which introduces this extra cost and risk factor. It can damage batteries or electronics during shipping or assembly unless there is a sign that the motorcycle has failed.

The prototype electric motorcycle that Kawasaki unveiled at EICMA last year was notable for several reasons. For example, it had a traditional gearbox, which is unusual for an electric machine. But less noticeable was the fact that the entire left side of its steel trellis frame was attached with only a handful of bolts.

Patents filed in early 2012 suggested that batteries and electronics as a unit be allowed to be inserted into a full-fledged motorcycle. Now Kawasaki’s electric motorcycle production patent explains why it’s useful. It describes how batteries and electronics will be built in a dedicated factory, while the chassis, suspension, brakes, wheels, and bodywork are put together. I then took the two parts of the motorcycle to the ultimate destination, where dealers would be tasked with combining the two elements before handing them over to the motorcycle users.

This idea simplifies production. Both these factories can be on different continents. Each facility needs raw material that is required. And batteries need not be sent twice, first to the assembly facility and then to their ultimate destination. Kawasaki’s new patent, “removable frame section,” illustrates a different situation. Instead of bubbling with the left hand, it comes to the top of the chassis and allows electronics to enter. Otherwise, though, the battery/electronics package and motor/transmission are like the design shown on the EICMA prototype.

Where Kawasaki is smart, he puts batteries and control electronics in the same unit so he can start using the elements of technology before the motorcycle assembly is over. The firm’s patent specifies that the accelerometers and tail sensors required for the motorcycle’s ABS and traction control system will be assembled as part of the battery unit. Since they are permanently plugged into the battery, this means that the same components can monitor the battery/electronics package during use and the shipping process.

Kawasaki’s patent states that, before placing electronics and batteries in the chassis unit, dealers will install a diagnostic computer that can detect any adverse effects, shocks or tilt during the battery/electronics unit’s journey. Had to face it—manufacturing facility. Once the battery unit is OK, it can be attached to the motorcycle, where sensors play a central role as part of the motorcycle’s control system. 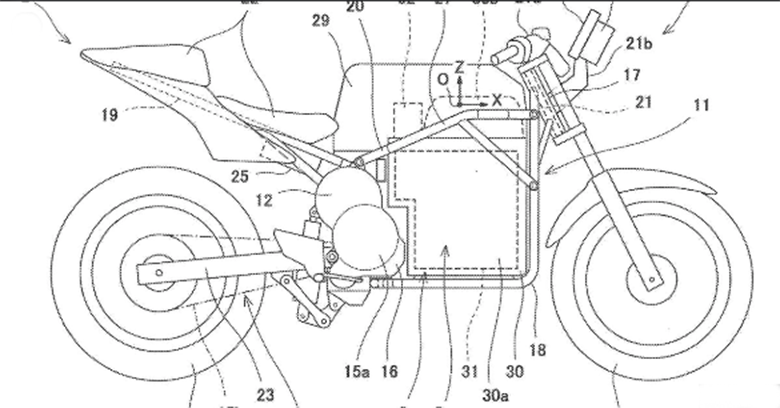 How close is Kawasaki’s power generation?

Kawasaki’s official line, which unveiled the electric prototype late last year, was that there were no plans for a model to generate electricity soon, but the firm Taking it seriously. ۔ Keep in mind though, the prototype has been in development for over ten years, and like most motorcycle manufacturers, whenever the demand for electric bikes explodes, battery performance improves even more. And they have reduced costs. Once this equation is balanced, it will enable mass-market prices and manufacturing electric bikes. With a range of performance and “normal” riders’ heads, there will be turmoil as large companies adjust to this scenario. What a rush to stand. Kawasaki’s production process idea may have a slight advantage in this cost equation, which would make the electric bike a viable, lucrative proposition if it sticks to traditional assembly ideas.