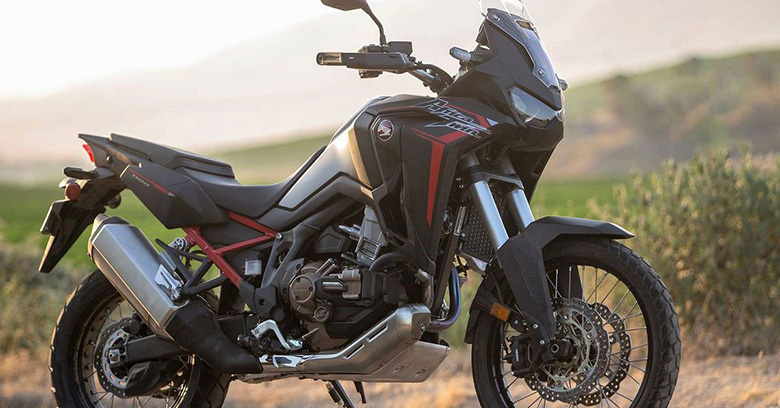 We have found evidence that Honda engineers are working on a forcibly incorporated version of the CRF1100L Africa Twin, which is power by a twin-screw supercharger with a direct injection engine. So, finally Honda is Developing New Supercharged Africa Twin.

The evidence semen in the form of respective newly promulgated patent documents released by the Japanese Patent Office. They show a detailed design for the supercharger system, which fits around, indicating that the Africa Twin Chassis is unchanged. The parallel-twin used in the current CRF1100L, connected with the direct-injected version of the 1,084cc Unicam engine, should cause an escapade bike that can add an enormous price to the recent Africa twin, far over 101HP of torque.

Although the Honda Africa Twin is one of the most credible adventure bikes on the market because of its lightweight and off-road qualification capabilities, it is undoubtedly more powerful than its rivals, at least on paper. Is short BMW’s R1250 GS 134 hp green goods a third more horsepower than Honda’s, while Ducati’s Multistrada 1260 pull off the claimed 158 hp. In 2021, the approaching Multistrada V4 engine will set an even higher standard north of 170 hp on tap, only the Africa Twin.

Kawasaki’s H2 range has already complete that the future of the engine-powered supercharger is on two wheels. Without an unexpected accelerator consequence or lagging a turbocharger moving in any direction, superchargers offer a gradual increase in revs, which is a covert comparison to a smaller, enlarged unit—equals more capability than the engine.

Honda’s design may be supercharged, but it’s different from the Kawasaki H2 ′ management. For starters, Honda has used a two-screw supercharger alternatively of the centrifugal supercharger used by Konsaki. It means that Honda’s design is a “positive displacement” supercharger, suitable for a wide spread of torque from very low revs. At the same time, Kawasaki’s centrifugal supercharge – which acts as the mechanical device section of a turbocharger – is high. The chief end is more suitable before it is significantly accrued and the power needs to revise further.

Honda’s design drawings show the supercharger mounted above the Africa Twin’s gearbox, in roughly the same place that Kawasaki puts its centrifugal blower, with the intake air routed from the air cleaner into the left-hand side of the blower.

It is not the first time we have seen evidence that Honda is working on the injected Africa Twin. The first patents for an engine came out more than a year ago – but we haven’t seen a double-needle, supercharged version before. The latest patent set extends directly to the injection idea. It explains how the camshaft-powered high-pressure pump demand fuel injectors between the inlet valves in each cylinder. This fire is comparatively late after the exhaust fumes valves have closed at an angle so the fuel in the airflow enters the cylinders through the intake valves causing the power to stick to the cylinder walls.

Honda’s design includes a bypass system to allow air cleaner to move air between the housing and the intake passage in shared spaces. The computer-operated lepidopteran valve opens and closes the bypass as needed. The pressure-relieved valve also fits into the intake duct to release the excess – say, when the throttle is at high revs. Snapshot occurs when the overflow bend to the air cleaner housing.

Although filing a patent alone does not mean that the motorcycle is decidedly going into production, it shows what the company is disbursement on its R&D budget. And I have filed many patents around the supercharged, live-injected Africa Twin, and the highly resolved design in the display is every sign that this is a direct Honda project. Somewhere in Honda’s development department, the prototype supercharged Africa Twins are already being tested. Will they reach showrooms? We should wait and see, but since there is no sign of the application for powerful escapade bikes in the activity, and Honda has no players in this part of the field, let’s see this project over the years.