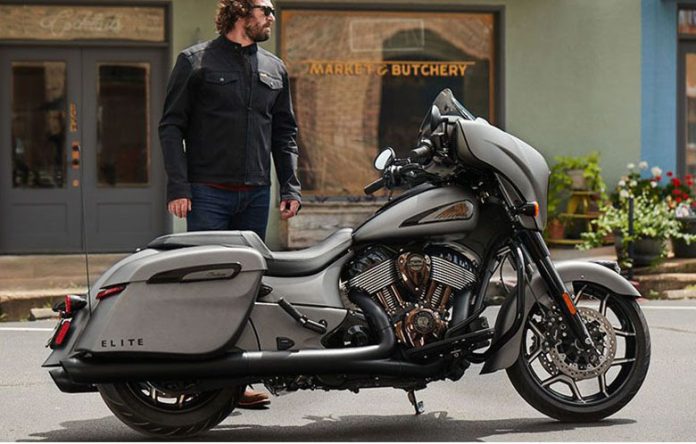 The Indian Chieftain Elite, which was first introduced in 2017, combines traditional customization features with a powerful Thunderstroke engine and a variety of technology rider aids as part of the new additions for 2022. A 150-unit manufacturing run adds exclusivity, and the 2022 Indian Chieftain Elite Cruisers is full of Easter eggs from previous years. 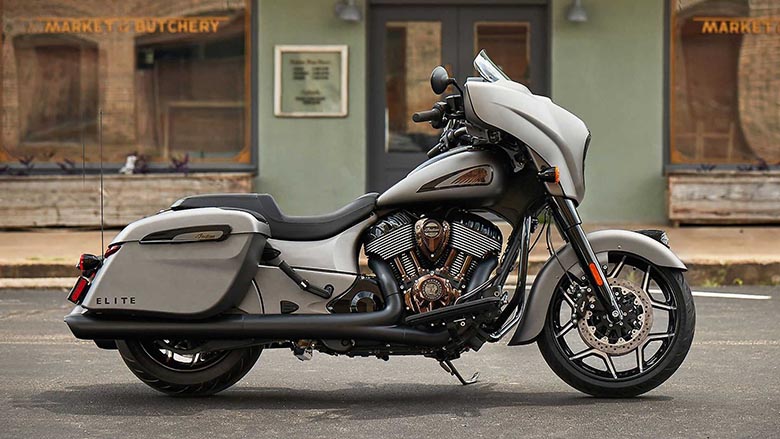 The Chieftain Elite is equipped with the Thunderstroke 116, which is flathead-tastic and true to its traditional style. Emulating engines dating back to the early 1900s produced an up-to-date performance.

What kind of numbers are we considering? The 2022 Chieftain Elite has a torque output of 126 pound-feet. With the peak coming in at 2,900 rpm, it’s very early in the rev range, so you can count on trackable power as soon as you press the gas pedal.

With a total displacement of 1,890 ccs and a compression ratio of 11 to 1, the bore and stroke measure out at 103.2 mm and 113 mm, respectively. Two parallel sets of outer pushrod tubes that actuate the rocker arms and poppets on top of the valvetrain replicate the old valvetrain. The beast is fed closed-loop fuel injection via a 54mm throttle body, which meters and atomizes the petrol.

The faux flathead rocker box cover has decorative cooling pins for vintage appeal. But the primary heat removal is done by polished cooling fins on the jugs and ends.

The nosecone/cam covers, pushrod tubes, and intake components all feature an oil-rubbed bronze finish, a perfect example of a bespoke touch. The rest of the drivetrain features an exhaust pipe and extensive blackout treatment.

Power is transmitted from the mill via a gear-type primary drive, wet clutch, six-speed transmission, and carbon-reinforced belt and pulley final drive. The Chieftain Elite can reach a top speed of 115 mph in top gear because of the final drive ratio.

On its top-of-the-line bagger, the Chieftain Elite goes out of its way to integrate a ton of traditional Indian bespoke design elements. The front fender is cut back on the sides and extends its entire length, ending with a graceful flare at the rear. 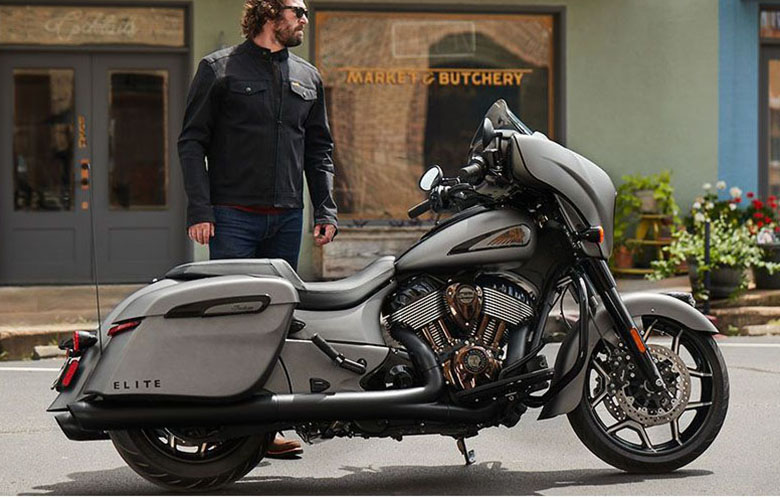 Another oldie but a goodie is a bright battle bonnet adorning the front fenders. Rims, dark fork sliders, and black Birkin skirts are the first signs of blackout treatment.

The Cyclops lamp has multiple configurations thanks to its LED projectors, including an LED DRL ring for daytime bi-directional visibility. With the addition of an all-new set of saddlebag lights, you have comprehensive coverage all around, as LEDs are also used in the blinkers.

The top of your wind pocket can be customized with a push-button adjustable windscreen. The fork-mounted fairing is batting style, providing almost the same amount of rider protection as a frame-mount fairing and a more traditional look.

One can adjust the ventilation by using the vents in the fairing. Additionally, by removing the gap behind the glass, a less turbulent environment is created above, which is essential for effective head buffet mitigation.

The instrument is completed with a pair of analog gauges for speedo and tach, along with a distinctive arrangement of LED warning lights. RIDE COMMAND offers access to Apple CarPlay software, hands-free calling, navigation, and trip planning on a seven-inch color TFT screen.

With a seat height of just 25.6 inches from the deck, even those with the smallest inseam should feel comfortable. There are no backrests or grabrails on the base vehicle, but the seats have a plain cushion similar to the Mustang and fold-up footpegs to complete the seats. Only a radio whip cleanly departs from the rear end.

The double downtube/double cradle frame on the Chieftain Elite is made of tubular components, and the upright structure is completed with a yoke-style swingarm. The rake is 25 degrees, and the trail is 5.9 inches. Navigating pressure waves crosswinds or in front of larger vehicles creates a beautiful combination of turning action and stable tracking.

The lean angle maxes out at 31 degrees, but it’s unclear if that’s due to the tire’s tread limitations or the rise at which the bags start to drag. It’s not terrible for a big bike and enough to make your ride enjoyable.

The front is swung by a pair of 46mm forks at 4.7 inches of travel, albeit with fixed parameters. The mono-shock has 4.5 inches of travel and has an air-adjust function at the rear. These are reasonably common statistics that will be pretty comfortable for the city.

To lower the front wheel, two four-bore calipers each bite into a 300mm front disc, while the rear wheel is secured by a 300mm disc and twin-pot anchors. ABS is pre-installed, although it appears to be the plain version without any cornering extras or an off switch. Enough, but there is still room for growth. 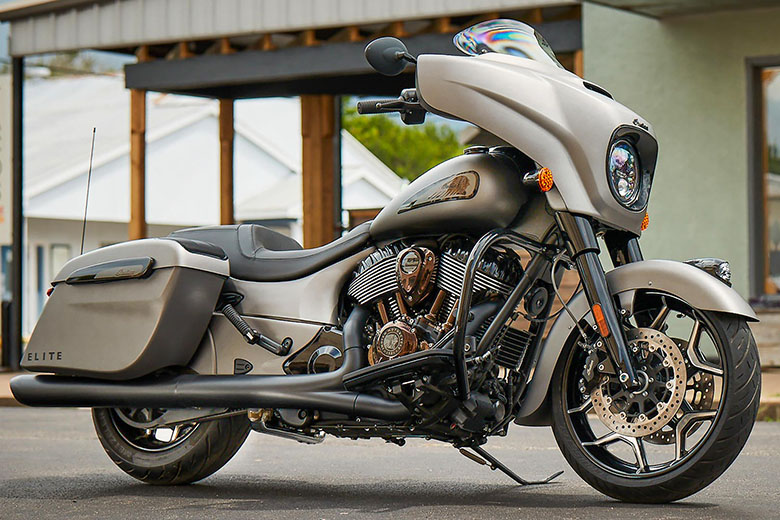 Costing $32,999 is the 2022 Indian Chieftain Elite. The only color for this model year is Heavy Metal Smoke with Polished Bronze accents. Only 150 Chieftain Elites were built worldwide, so if you’re looking for one for sale, use the model finder tool on the Indian customer front end to identify the ones closest to you.

There is not a big difference between the two in terms of appearance. Similar origins and design evolution account for much of this.

Along with a cut front fender, front end, bearskin fork skirts, and lots of blacked-out paint, a batwing front end and dead clean bagger tastic rear end set the scene. The RDRS bundle, which adds lean-sensitive traction control, drag torque control, ABS, and vehicle hold control to the mix, is an optional feature from H-D in addition to its complete infotainment system and vanilla ABS feature.

While it’s a little disappointing that Harley, the king of paint, has doubled the number of paint packages with a black-on-brown and black-on-black palette, it is what it is. The Milwaukee-Eight 117 engine gives the Street Glide ST 126 pound-feet of torque, giving it the same grunt performance. 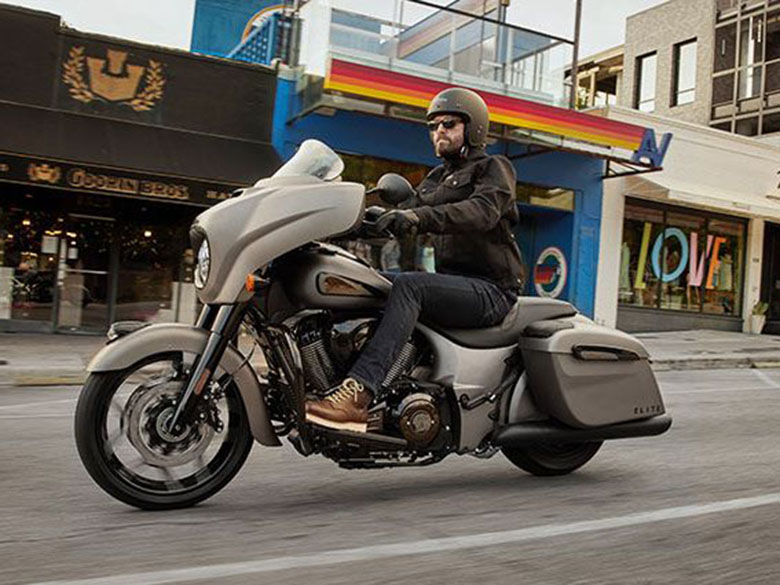