A new year brings a plenty of new bikes, and in 2021, there are more than ever, thanks to the implementation of Euro5. Others will be fantastic, and others will be less so. Some will be technologically or stylistically advanced, and some will be popular, while others will struggle to catch on. If we could guess which ones they will be with utter certainty, we’d rather live in luxury in Monaco than shop at Lidl!

Looking back, on the other hand, is a different matter. We’ve done it before: identifying historic motorcycle failures or flops isn’t tricky. The classic example is Yamaha’s extreme, hub-center-steered GTS1000 from 1993.

What were ‘bikes ahead of their time’ or ‘bikes that changed motorcycling history? Fantastic, modern computers that crashed (or were underappreciated) because the consumer wasn’t ready for them, not because of some inherent fault in the concept? E.g., brilliant retro bikes existed before retro bikes were even trendy. Or brand-new computer forms that have proven to change history and to be ahead of their time in the past? 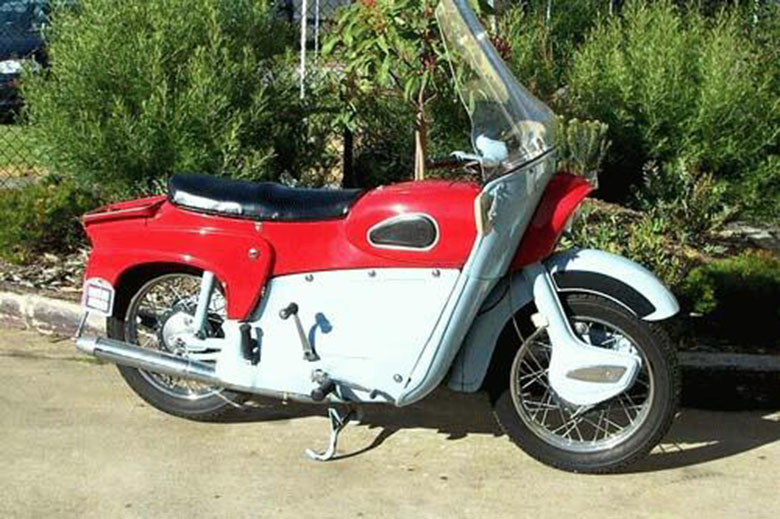 According to common belief, most British motorcycles produced between the late 1950s and the late 1960s were unimaginative, too conventional, inefficient, and easily outpaced regarding technology and efficiency by offerings from the Far East. That is not the case. Take, for example, the Ariel Leader, which was unveiled in 1958.

The Leader, the last great bike from visionary British company Ariel and the previous build from pioneering engineer Val Page, may have been “just” a 250 commuter. Still, it made up for it with brilliant thought and an innovative approach. Decades before fairings were famous, the leader was entirely enclosed with an integral windscreen.

It was the first British motorcycle to feature indicators. The ‘dummy’ tank was a holding compartment containing a helmet (are you listening to Honda NC750X?). It had a pressed steel monocoque structure that incorporated the tank. It came with optional luggage and was commonly used by cops. 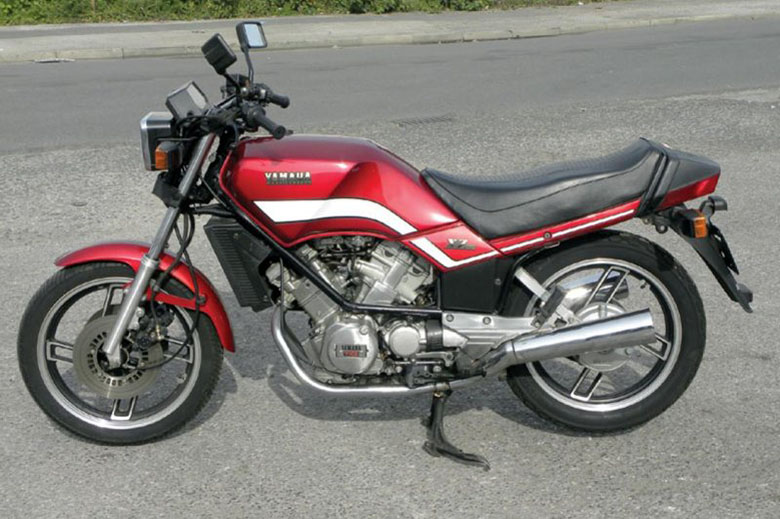 Many who remember motorcycling in the early 1980s will recall the fierce rivalry between Honda and Yamaha, both for their street bikes and in racing, when the two Japanese marques battled for global No. 1 status.

After all, it’s why Honda returned to GP racing with the ill-fated NR500 and other models. As a result of the rivalry, a seemingly infinite flood of ever-more sophisticated street bikes emerged, each brimming with hi-tech, some of it good, some of it not so good, particularly when rushed into development. Remember Honda’s first V4 VF750s with the “chocolate cam”? 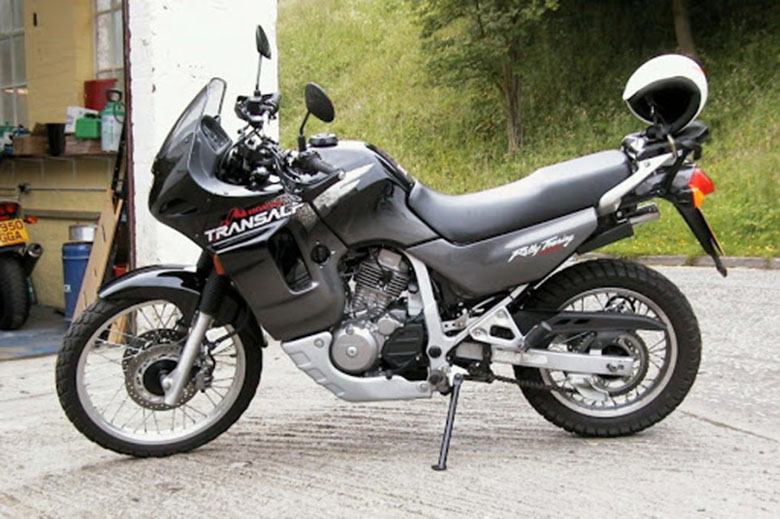 It’s hard to remember that the first, modern, middleweight adventure tourer was released over 30 years ago when ‘adventure tourers’ like BMW’s GS manage to lead sales charts and smaller, 700cc models like Yamaha’s latest Tenere are considered fresh concepts.

Of note, we’re referring to Honda’s first 600cc V-twin Transalp. The BMW R80G/S, introduced in 1980, is widely regarded as the forefather of today’s adventure bikes. It wasn’t indeed considered a long-distance tourer until the 1990 model when it received a frame-mounted fairing. It wasn’t until the 2001 R1150GS Adventure, made famous by Ewan and Charley’s song “Long Way Round,” that it took off.

Meanwhile, Honda released the first fully progressive Transalp in 1987, years before the first Africa Twin. While memory does the Transalp a disservice by portraying it as slightly bland, sensible, and gentle, this is inaccurate. 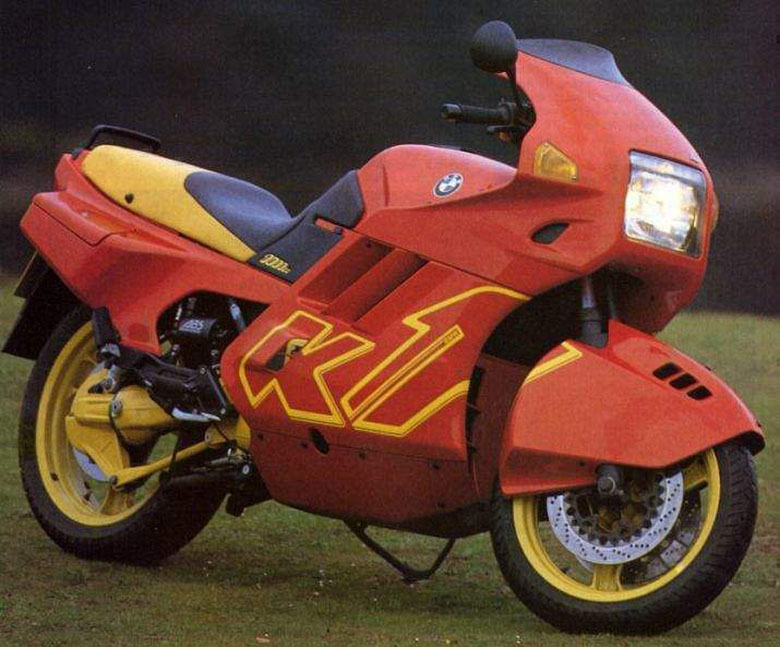 Few motorcycles have ever been as advanced as the 1988 K1. BMW’s flagship at the time was not only the first 16-valve K-series machine (which, admittedly, was nothing new, since most Japanese superbikes at the time featured liquid-cooled, four-cylinder, 16-valve motors). But it also featured fuel injection, shaft drive, pioneering ABS brakes, and ultra-aerodynamic bodywork, many of which were features that were only available on Japanese hyperbikes at the time.

The problem was that, according to BMW’s policies at the time, the K1 only produced 100bhp, while cheaper competitors like the Honda CBR1000F had 30bhp more. The K1’s most significant flaw was its 100bhp, which was why BMW gave it the unconventional, aerodynamic bodywork in the first place – to improve performance without the power. 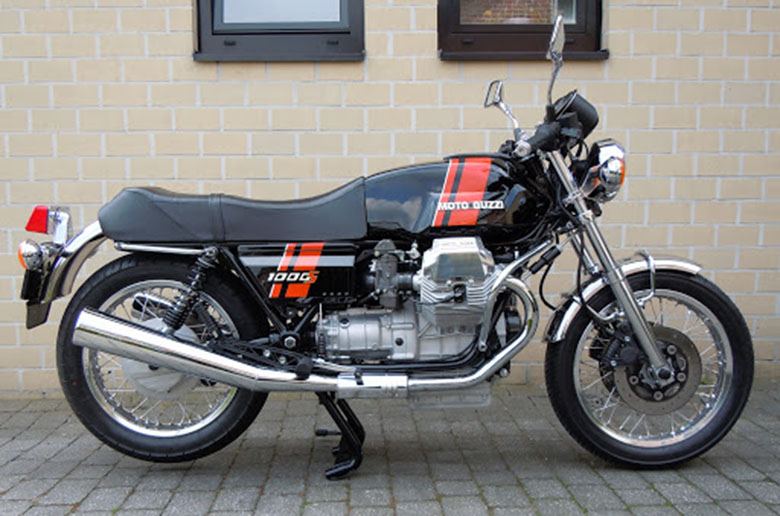 Most people nowadays believe that the famous middleweight V7, first unveiled in 2009 and revised again in 850c form for 2021, is Moto Guzzi’s only genuine “retro” model.

Many people even lament that, while the V7 is fantastic (it’s like an Italian Triumph Bonneville), it would be much better if a bigger sibling followed it, maybe based on Guzzi’s 1100cc ‘big block’ version of its conventional, transversely-mounted, shaft-drive V-twin. 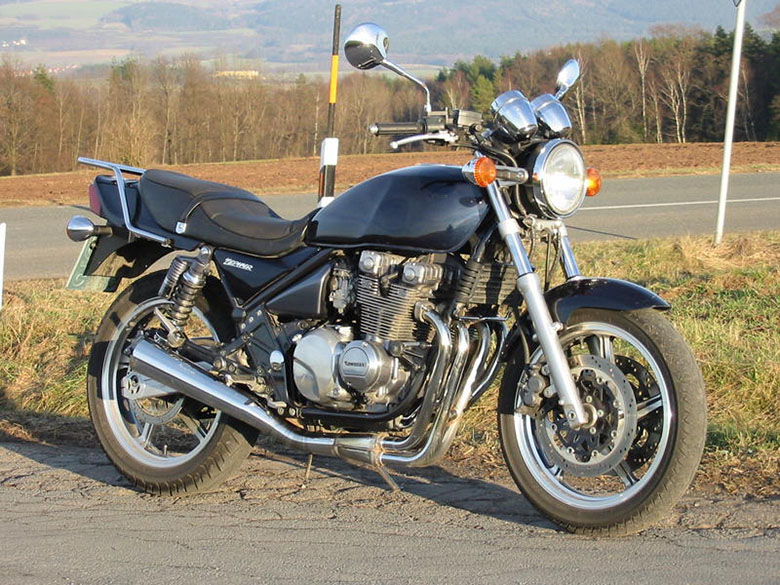 Another retro that was ahead of its time or something along those lines (the entire ‘old-is-new’ concept of retro bikes makes it challenging to be specific). Yet we can be confident that the first UK Zephyrs, the 750 and 550, were years ahead of Triumph’s first Bonneville and a whopping 25 years before the Z900 RS, which shares so much of their styling.

The Zephyr was so well ahead of its time that it wasn’t even considered a retro bike at the time; instead, it was referred to as a ‘tribute’ vehicle. It wasn’t well-received, either, even though it deserved to be. 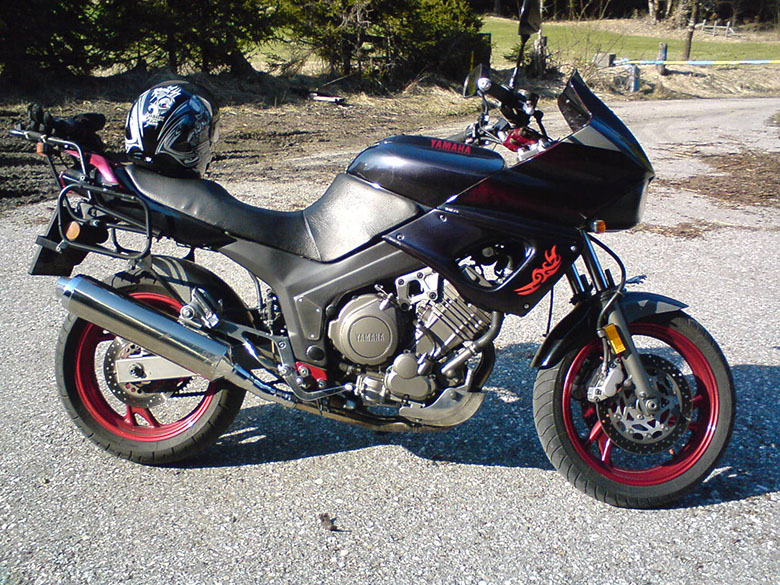 Yamaha is known for producing bikes that are sometimes entirely out of the ordinary. Take, for example, the TDR250 stroker from the 1980s or the GTS1000.

The 1991 TDM850, on the other hand, stands out as a bike ahead of its time, mainly because Honda’s rumored new Africa Twin-based CRF1000 sports-tourer twin is about to copy its ‘adventure-bike-based roadster twin’ formula. It has a lot in common with BMW’s 2019 F900XR and Yamaha’s own Tracer 7. 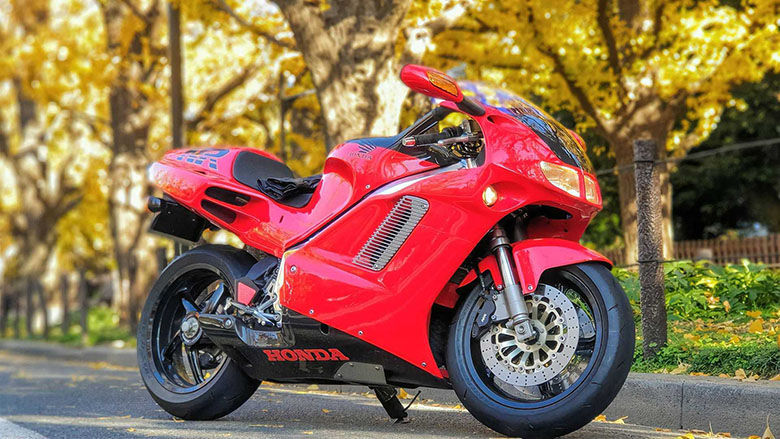 Honda’s special NR750 is futuristic (or plain insane, depending on your point of view) in any way – and we’re not only talking about the ‘oval’ pistons.

The road variant of Honda’s ultra-ambition NR500 GP four-stroke. In an attempt to overcome a four-inherent stroke’s power difference to a two-stroke with the same capacity and cylinders, it effectively turned its V4 configuration into one with the advantages of a V8 through the use of oval cylinders. It has changed history, and it was ahead of its time in many other respects, as well. 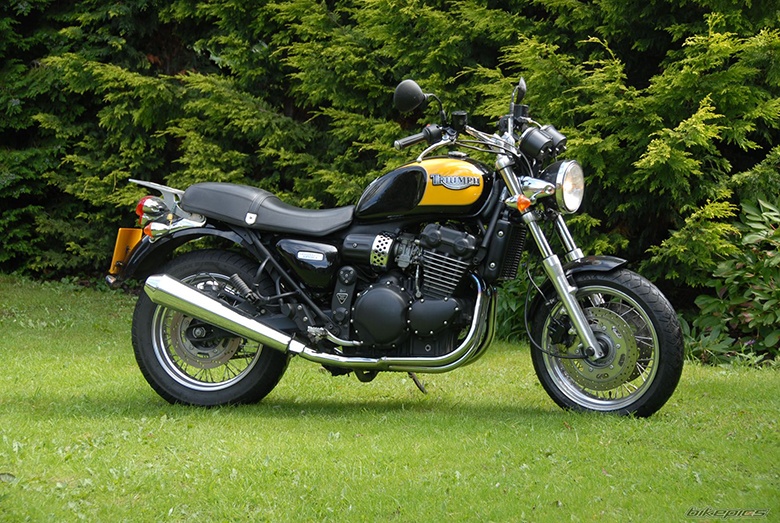 Most bikers believe the restored Triumph’s first retro bike was the Bonneville 800 from 2001. That is not the case. About the fact that the cute, affordable mid-sized twin has been a massive hit, with the majority of modern Triumph’s latest line up being ‘modern classics’ built on the now 900 or 1200cc retro twin, the first true retro was the 1995 Thunderbird 900, which was released six years before the Bonneville.

It was also beautifully done, to the point that much of Bonneville’s theme was derived from it. The T-bird was essentially an extensively reworked Trident 900, launched four years after the first Hinckley bikes and conceived primarily to cater to the massive and critical American market, which resurrected Triumph entered for the first time that year. 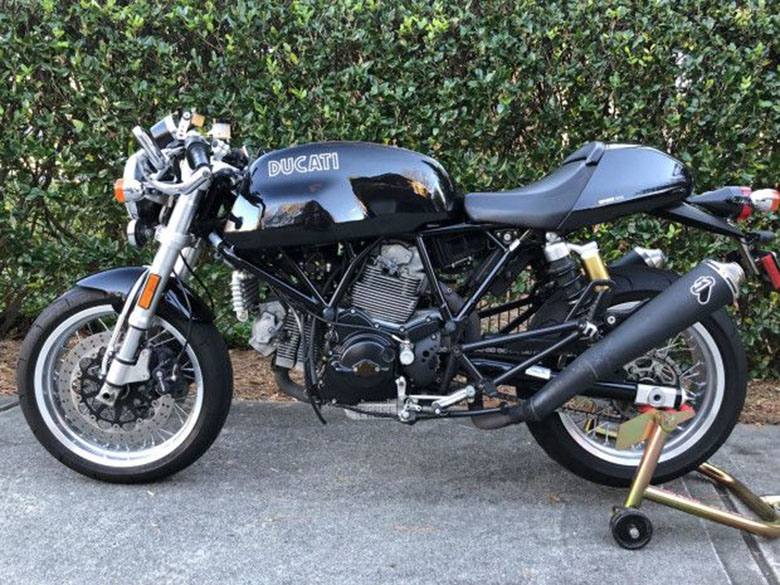 No new motorcycle – and no vintage – is as widely acknowledged as Ducati’s genius SportClassic family for being “a machine ahead of its time.” A blend of poor timing (this was before retro bikes took off) and minor design defects dominated their appeal and appealed to the point that they became a sales flop and the line was discontinued – just as retro bikes started to take off.

The fact that Ducati launched its latest Scrambler retro bike family to great success just six years later is more than a little ironic. Anyone who has ridden a SportClassic, on the other hand, knows which bike is superior.

It’s a fact that with time bike manufacturing is facing a lot of difficulties to stay in business. Like the intervention of Euro 5 standards are making it hard for the manufacturers to comply with them. Similarly, in the past, there were many incidents that many manufactures have made changes in the designs that have entirely changed how we think about bikes.