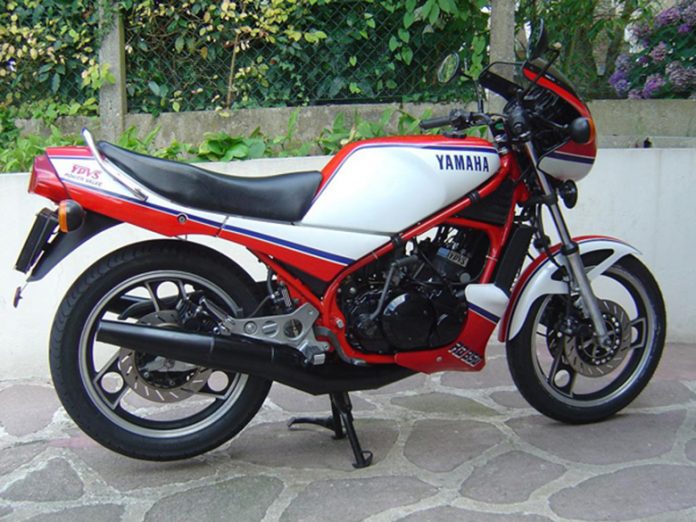 But – this is extremely important – it’s not the only one. While the word ‘LC’ often refers to memories of the 1980 RD350LC, ‘LC’ really refers to the entire family of two-stroke Yamahas, many (but not all) of which are available for less than £ 7K. So, without any further delay, the following are our Top Ten Legendary Yamaha LC Bikes of All Time listed in chronological order (mostly) to stop the debate. 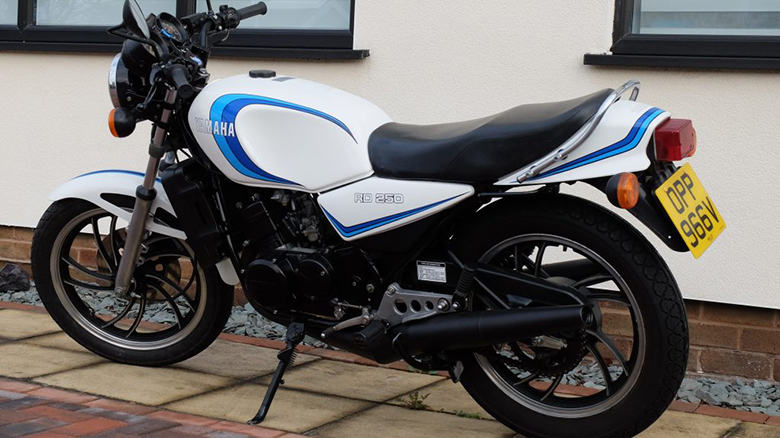 Everyone knows the 1980 RD350LC, but many also forget that its younger brother, the RD250LC made its debut soon – and in many cases, the quarter-liter version is more important. Built to comply with the then-250cc L-Plate regulation, it arrived in March 1980 (manufacturing issues delayed the arrival of the 350 until June, delaying orders exclusively for Sticker Bell Star Helmets. And immediately created a sensation. Aside from being less potent than the 247cc and 35bhp 347 / 47bhp 350, the single twin front disc and horn, a different rear wheel, and a smaller brake master cylinder, the 250 was identical – and almost as fast. 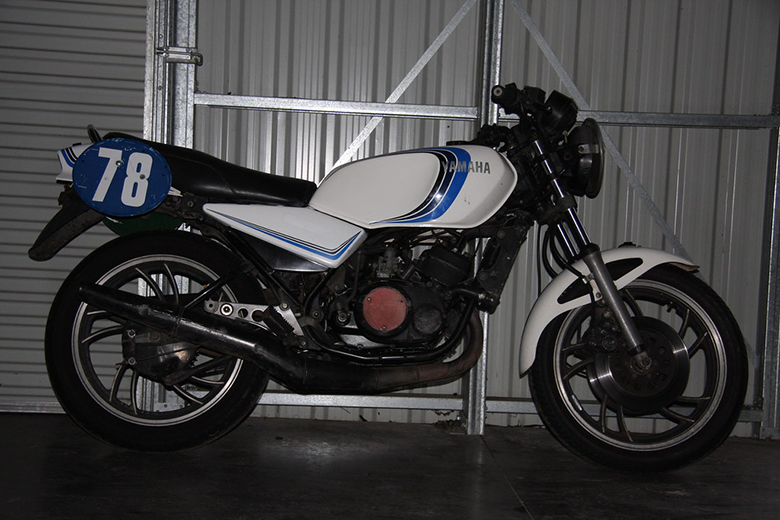 Holly Grill of LC The RD350LC was the successor to the Air Cold RD400, inspired by Yamaha’s then-racing TZ350 (hence liquid cooling, single cantilever shock, and white/black) and because its purpose was primarily to replace the USA. Was Europe (where strict emissions laws effectively outlawed two-stroke performance), developed mainly by Yamaha Europe in Amsterdam, featuring Brits Paul Butler (later Kenny Roberts’ manager). Kenny was Roberts’ manager; the bike itself was great – it was stylish, fast, thrilling, had excellent handling, and reasonably priced. 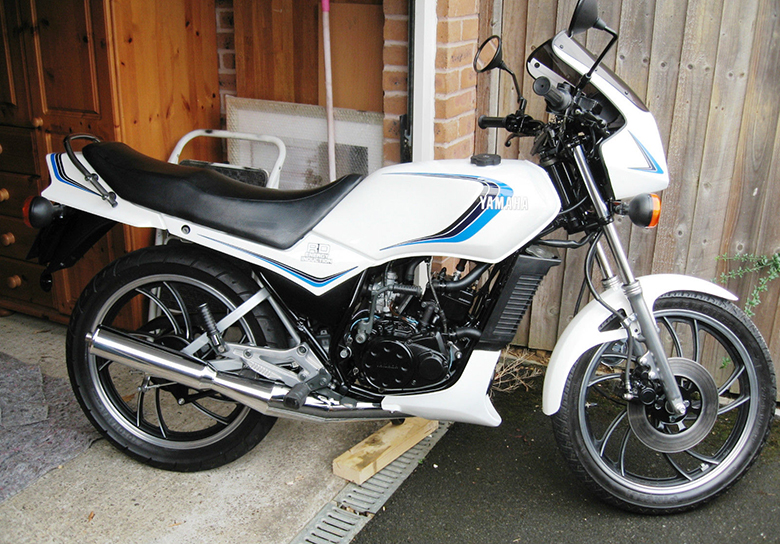 After launching a new 125cc Learner’s Law in 1983, Yamaha developed a new LC to meet – the RD125LC, which initially appeared in showrooms in 1982. In most ways, the new quarter-liter motorcycle also advanced on LC DNA and even improved. . The engine was a new liquid-cooled single that produced a limited 12.2bhp; the design was 250/350 development but standard with ‘ProAm’ style nose fairing and belly pan, and a similar cantilever mono-shock at the rear. But this time, the operating box section is made of aluminum. Although it was the most expensive in the new generation 125s at £820 new, it was a big hit with its trail bike style DT siblings. 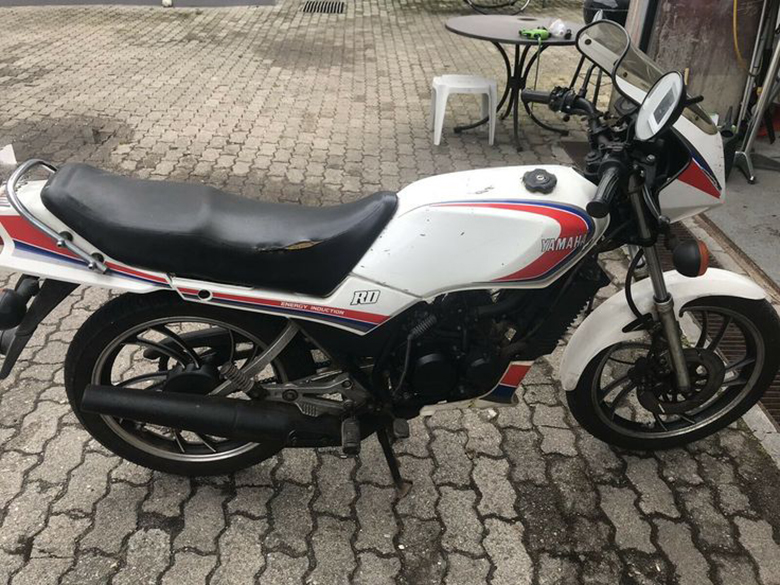 With the RD125LC, an even smaller LC, which is significantly less well known and considered – the RD80LC – has been introduced. The smallest LC, sold in the UK between 1982 and 1984, was primarily manufactured in more ‘Toddler-friendly’ countries like Spain and Italy. Still, it also became a real ‘LC’ and possibly As the most beautiful and the most beautiful. Most special (at least in the UK). It was powered by a liquid-cooled 79cc single that produced 8.7bhp and was housed in a small chassis with up to ‘italic’ wheels, white/black paint, TZ-identical exhaust, and ProAm firing. LC was correct. On the bright side, it was less expensive to buy and insure than the 125, although its weak, small proportions turned off some people. 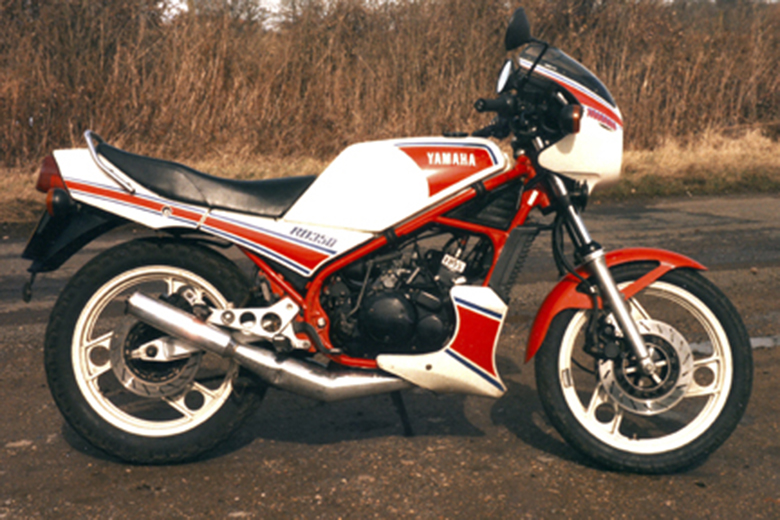 The successor to the original RD350LC arrived quickly – in less than three years – and it was just as powerful a bike with all the upgrades, modern features, more power (47bhp to 59bhp), and of course, the signature ‘Power Valve.’ As a result of its improved suspension (an increasing rate of monoshock replaces the LC cantilever) and smoother power transmission, it is practically as desirable and potentially more usable and adaptable as the original. What it doesn’t have, as a purist would tell you, is a real LC. It is called a ‘power valve.’ It’s different. One of the advantages was that the 250 version was no longer available (though in Japan), which made it less noticeable in itself. 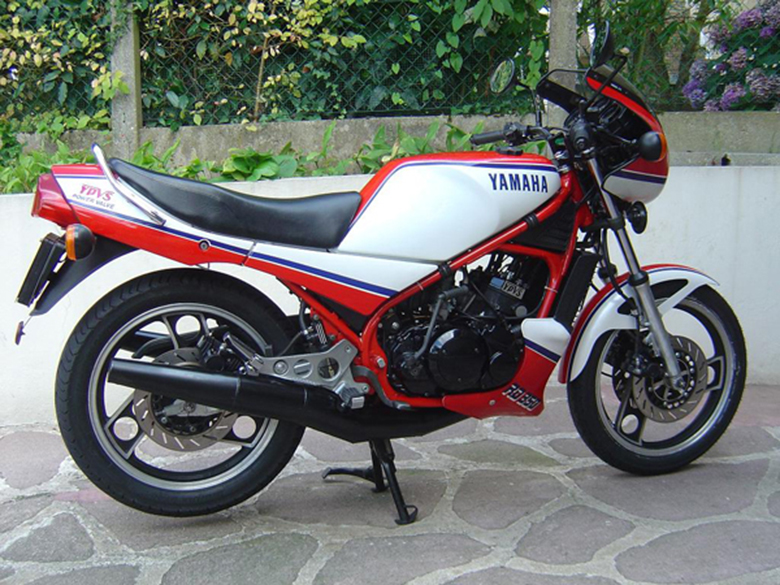 Within a year, YPVS was transformed into not one but two new variants: the bare RD350N and the completely RD350F. Following the advent of more high-tech two-strokes, such as Suzuki’s alloy frame, 250GP-identical RG250 and emerging performance middleweight squares such as Honda’s VF500F and CBX550, Kawasaki’s now-Unitrak GPz550, Suzuki decided that the GSX5ma was relatively At the very least, tech RD could not compete in terms of more detail and performance and chose to focus on its more affordable entertainment element instead. N was a low-cost hooligan, with more miniature clip-on bars and a more aggressive ride stance, which proved to be an incredible explosion. 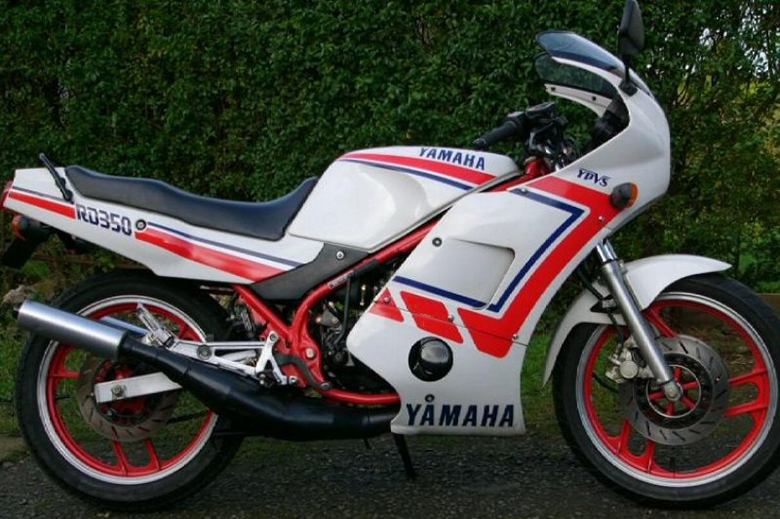 The RD350F was introduced in 1984 with the RD350N (above) and shared almost identical features except its full firing (including firing mounted clock) and high handlebar, resulting in a more comfortable, longer Legged, and versatile machine. Become a real, budget all-rounder. However, apart from firing and designation, both this and N were barely replaced by YPVS, and as a result, both are now seen as ‘less’ than the original YPVS and are priced accordingly. Even though they perform the same. However, if you want to taste the original LC in a simple form and low price, this is the one. 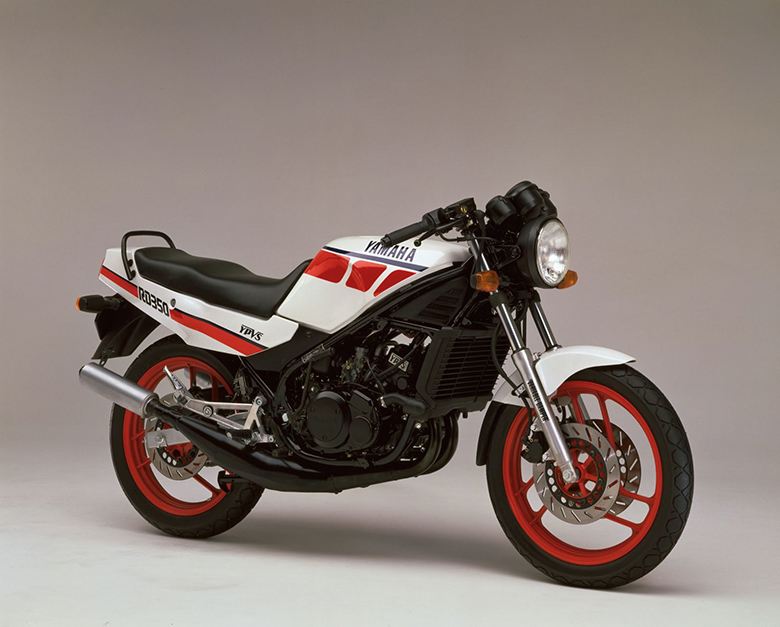 By 1986, the world of motorcycles had changed dramatically since 1980, when the first LC was introduced. In 1985, excitement was rife over Yamaha’s RD500LC, Honda’s NS400R, and Suzuki’s RG500, while middleweight sports bikes got a new king in Kawasaki’s Liquid Cooled GPZ600R, a completely new Super 600. I will give birth to class. As a result, Yamaha’s RD350 duo are far cheaper than superbike batters. Yamaha last promoted both in 1987. Both had a 62bhp power bump, were lighter, and had brakes upgraded. Still, the most notable improvement was the new, smoother, more accessible bodywork, including the fuel tank, which enhanced its appearance. 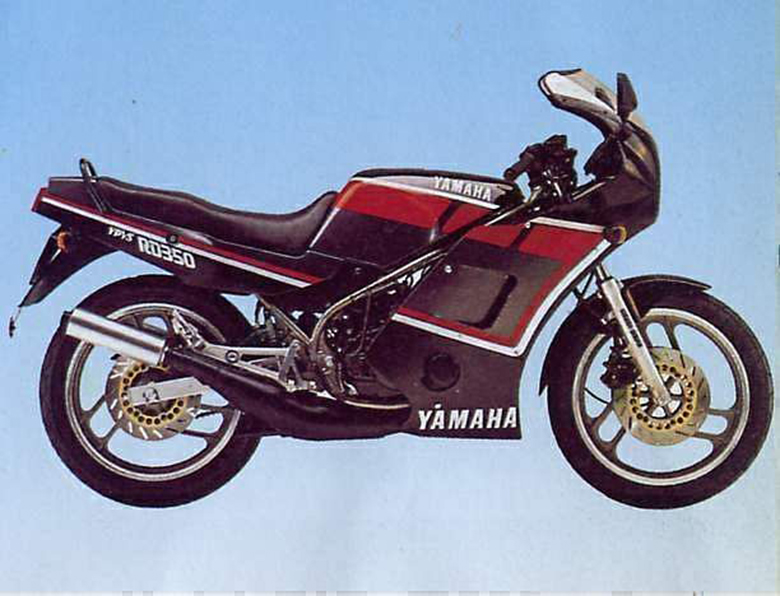 The last, fared version of the Japanese-made LC followed the original 1984 RD350F model, but with the same technical changes – new bodywork, updated engines and brakes, new exhaust, lighter wheels, and so on – naked With being Sister, N2. Until then, though, it was neither a giant temple-hitting sports machine (the emergence of a new generation of sophisticated, liquid-cooled squares like Suzuki’s first GSX-R750 and Yamaha’s five-valve FZ750) nor any sensationalism. , Two strokes of modern sports. Yamaha’s beam frame, the Racer Replica, 50bhp TZR250, originally debuted the same year, for example, made the RD350 almost immediately obsolete. However, the RD350 remained practical, inexpensive, and simple and was developed by 1990. 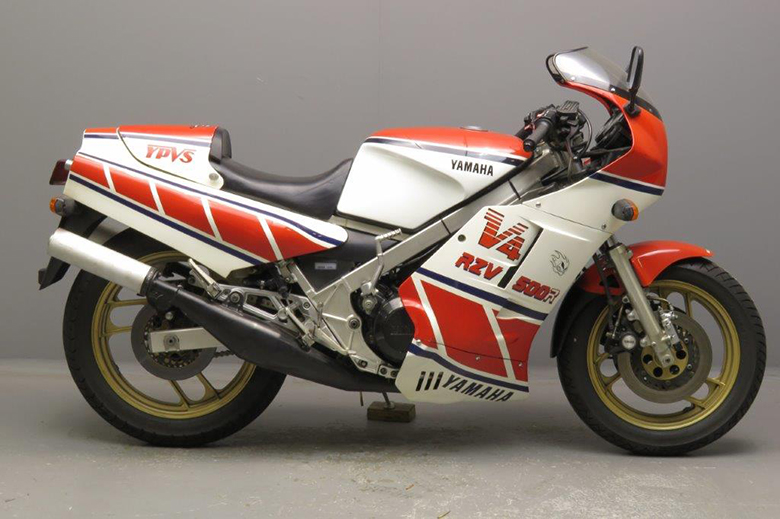 Despite its ‘LC’ rating, Yamaha’s long-rumored 500GP copy did not share any of the original 350s every man charm; a 500 V4 was such a complex beast and mouth-watering. It was to be added to our list. Yamaha was the first Japanese 500GP racing replica to arrive in the summer of 1984 (although it had been rumored for a long time) and caused quite a stir. Inspired by Kenny Roberts’ first V4 OW61 of 1982, but styled like last year’s box-section-frame, square-four OW60, his YPVS-equipped V4 produced 88bhp, including a popular 16 Inch front wheel box. Section steel frame (there was also a Japan / Australia RZ version with an alloy frame), and part saw.