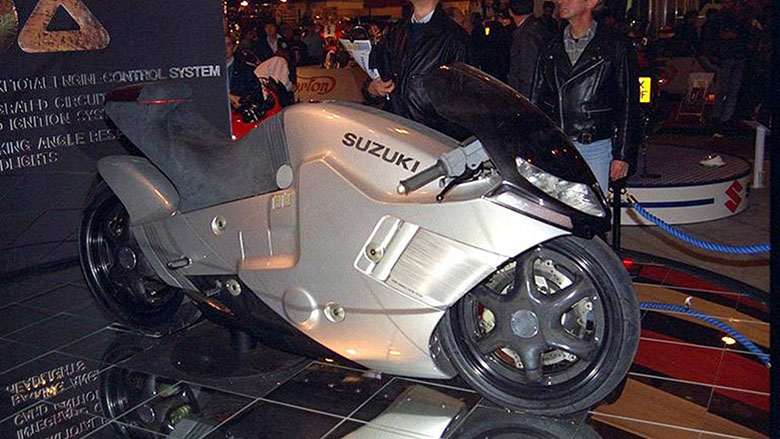 The idea of a two-wheel drive has been there for quite a long time now. But the production house is still not so sure if this idea is always the customer’s option to buy. It is still up till now a great debate if this idea is a success or not. So, our list of Top Ten Best Two Wheel Drive Bikes in the World will help you in getting the best bike in the market.

All this started at the time of WW2 when an ex-army jeep was all over the market at that time, and farmers and people from rural areas were considering to buy something quicker and faster to go anywhere. One most significant attempt was the Rover which was in 1948 known as the Land Rover, and it was the first civilian machine with a jeep likeability or function. In the next thirty years, lots of other companies started making something familiar.

Still, it was time they noticed that these machines like the Jensen were convinced that there was a possible market for 4 WD machines, which were just working on the muddy roads or tight tracks. Later in the 80s Audi also hit the market with their devices with great success. And both of these company the land rover and the Audi ran a high rank in the market. And it was quite surprising how no other company took an interest in making the 2WD types of the bike rather than these two. These are the top ten 2WD bikes made with effort, with conversion kits and prototypes or concepts. 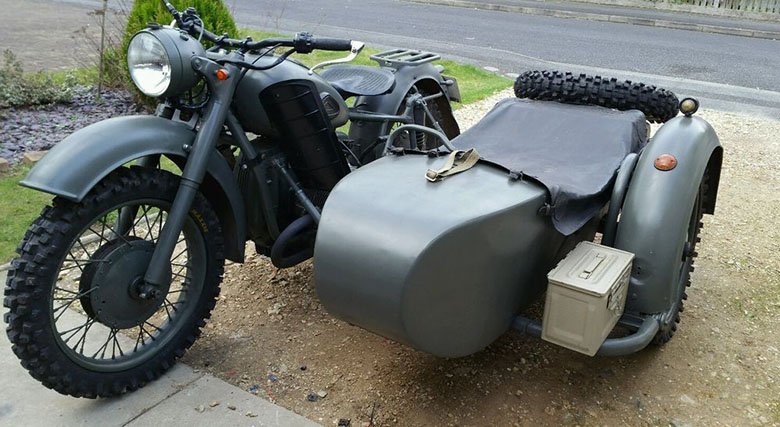 Ok, something different or maybe a cheat code but this bike runs on three wheels instead of two. But this is nearest to the jeep type and it thrust off the 4WD fad In the cars. Just like the jeep that came in WW2, the Ural is military technology and the German WW2 BMW/R75 sidecar with similar to the Russian army rival from the same time. Still, it is made today but with a 2WD motorcycle. 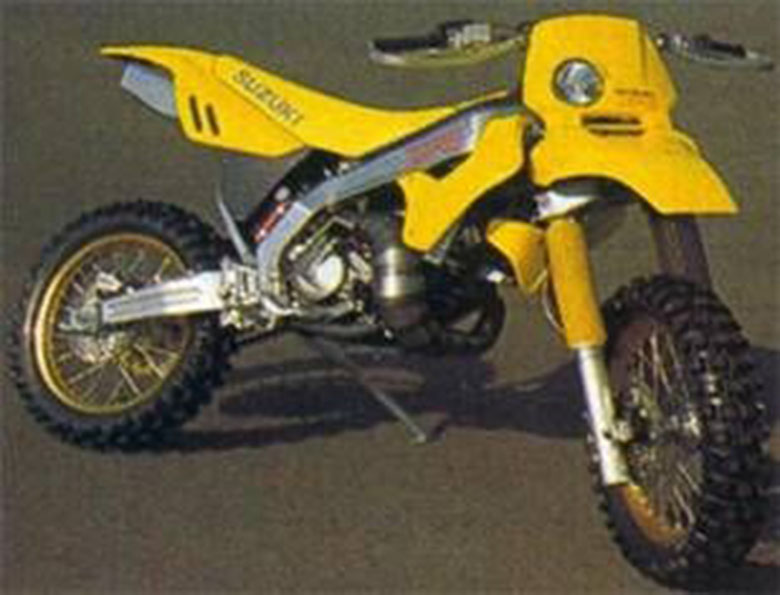 In the 80s and 90s, Suzuki took the effort to take their firm to the next level of being the 2WD Quattro into the crowd. Suzuki showed a whole new range of two-wheel drive concept also including the trio of designs in 1991 with all the technology. They remained the useful XF4, XF425 Ugly Duck scooter and XF5 sustain. Choosing the 200c two stroke XF5 for the list was one of the best decisions to be made because of its design. The system of Suzuki of front-wheel combined by a telescope driveshaft running down in front of the left-hand fork leg. It was hard to understand this function but yes, it added the extra weight of 7.8 kg to the bike. 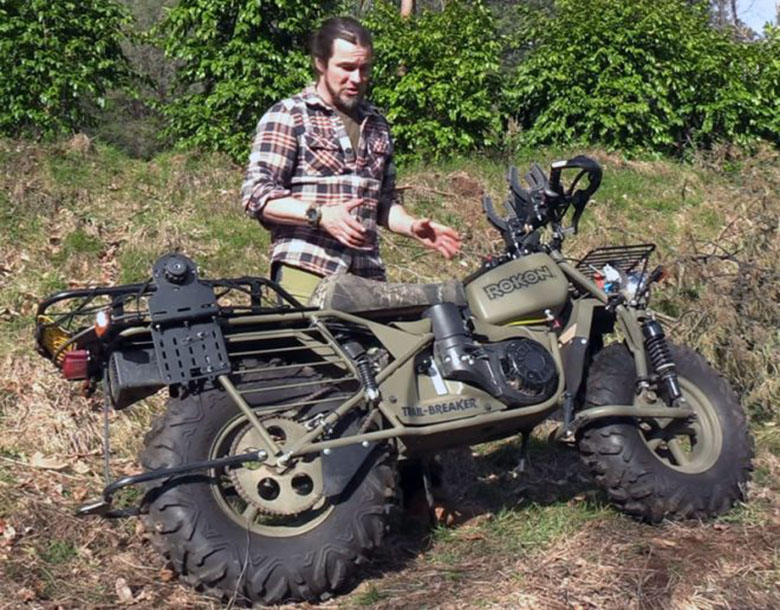 The Ural is the most popular bike with 2WD, but Rokon has been there since the 60s and one of the most serious and nearest attempts of being close to the landrover on two wheels. However, Rokon had issues of coming around with the suspension, comparing the 2WD ride by letting go of the suspension and depending on big balloon tires. But new models have suspensions now. 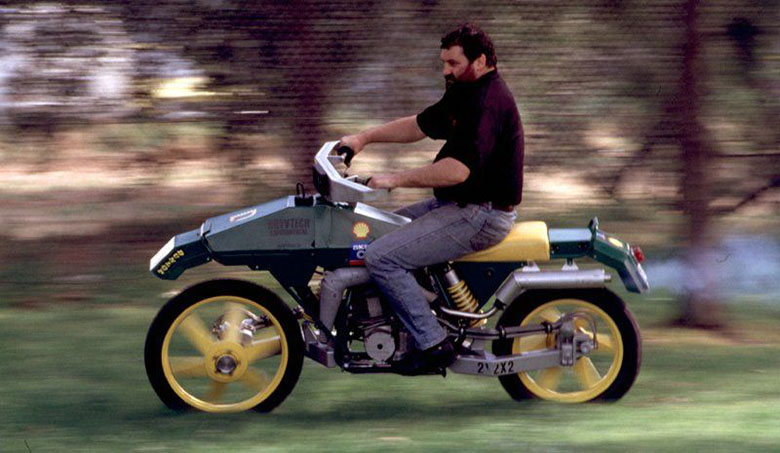 The Drysdale was one of the best known for having a great eponymous V8 motorcycle but because of its 2x2x2 beginner’s assignment that was created through a certain extent of its abilities. And they also introduced the two-stroke engine which was precisely designed for the bikes and it used the hydraulics to drive everything. Together the hydraulic powers created both of the wheels and both of the hydraulics controlled the steering. 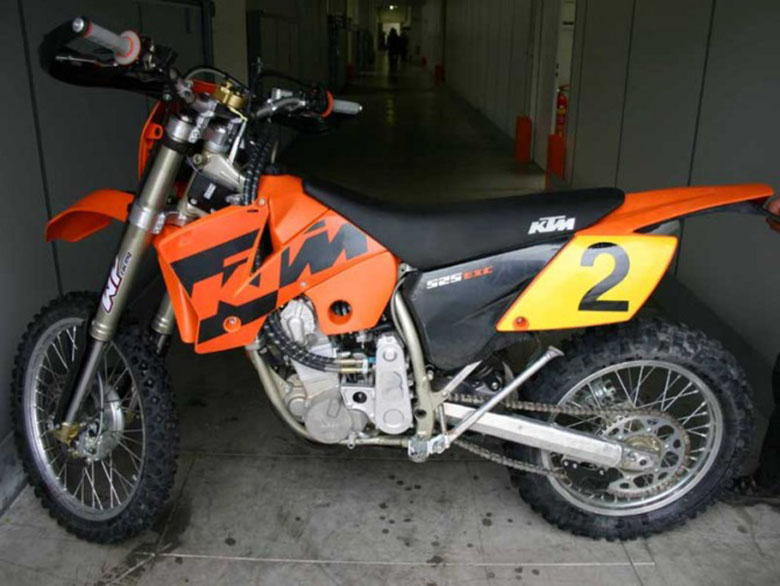 KTM had their first hydraulic route into a two-wheel ride in 2004, by designing a prototype machine that included the hydraulic pump driven by a short chain from the front sprocket and a motor which had the hydraulic motor added in the front hub. Meaning flexible hose was there only in the front to create a drive. Letting conventional suspension to be cast off and removed the unnecessary gearboxes or for long drive chains. After some time KTM also the original hybrid 2WD bike with an electric motor powering the ahead of the hub and the straight engine driving from the rear wheel 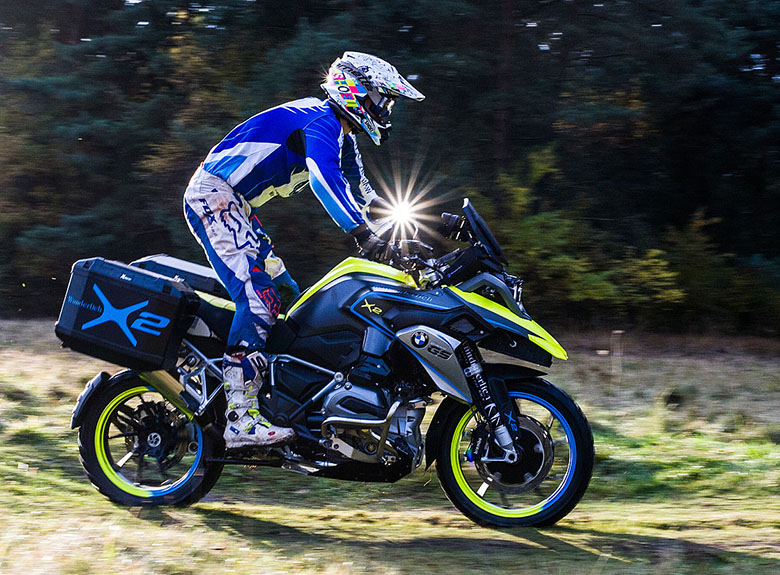 It was weird how the BMW took the same idea from the KTM earlier hybrid electric 2WD straight and practical it to the BMW R12000GS. It was the newest generation version where it has the batteries, generators, and hub-mounted electric motors unkind that adaptations like this are kind for the future two-wheel drive. Making it possible for any bike to be driven on two wheels 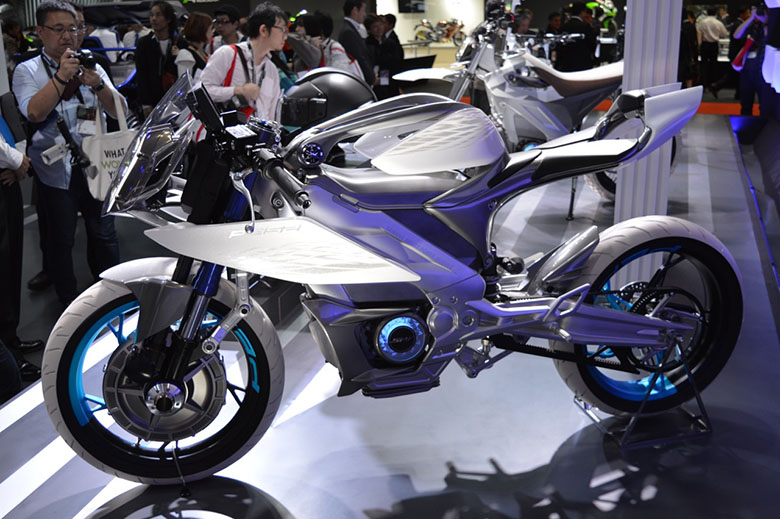 We get these notices often that Yamaha is going to come up with PES electric sports bike idea to production. And the company in 2014 also declared that the second generation concept version involved 2WD. Both the wheels were muscle by the electric motors, efficiently planned to make it work for both front wheels to work smoothly and with an agreement. With the electric motor, it can increase the power by double to create good break generator electricity when you slow down the drive.

Suzuki has given us the perfect past from the 2WD in the 80s and the early 90s. Reasonable enough if we include the concept of bikes using the same system. And for that Nuda was one of Suzuki grand ideas ever created because they used swing arms for both front and back. It means that the company could have accepted the shaft drive to both ends, possibly enough for the shaft to appear right from the front gearbox. And nada was a correctly working machine too. 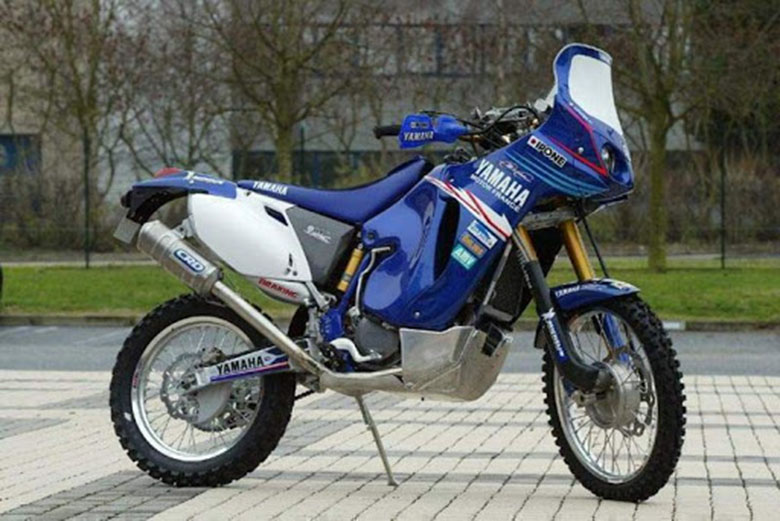 Yamaha was one of the significant two groups who have created the concept of 2WD bikes. Also, this model of a motorcycle the Yamaha 2 Trak, was made in a small amount, with two-wheel drive it has the hydraulic Ohlin’s developed system to energize the front wheel the same thing KTM attempted to do this with the 2WD machines. And Yamaha tried to do this same process to their other devices like the R too. The riders always had many questions for their performance on this bike and lots of security which was given in it. 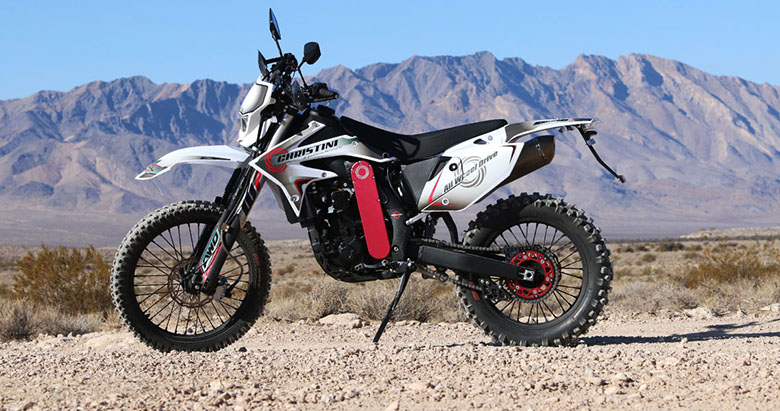 You want a great experience with a 2WD ride than this version is it. The USA company has been offering this 2WD Chirstini for quite some years now. The entire system machine is almost similar to the Suzuki XF5 also with a second driving transfer box above the engine. Then a shaft to another transfer at the headstock that takes the drive to a pair of telescopic cylinders running alongside the front forks. Yes, it is complex to understand but also while driving the ride experience is pleasant and smooth and you won’t even know about the hard controlling going on inside. The production house has also been selling modified machines frames for other models too. Maintaining off-road functions, it is also a tremendous super racing bike back in the year 2008.

Our Today’s article provides a brief detail about the Top Ten Best Two Wheel Drive Bikes in the World, and it is covered under Bikes Catalog. These motorcycles are very famous due to their massive engine that gives massive torque and acceleration. Moreover, they have got an outstanding appearance as well.