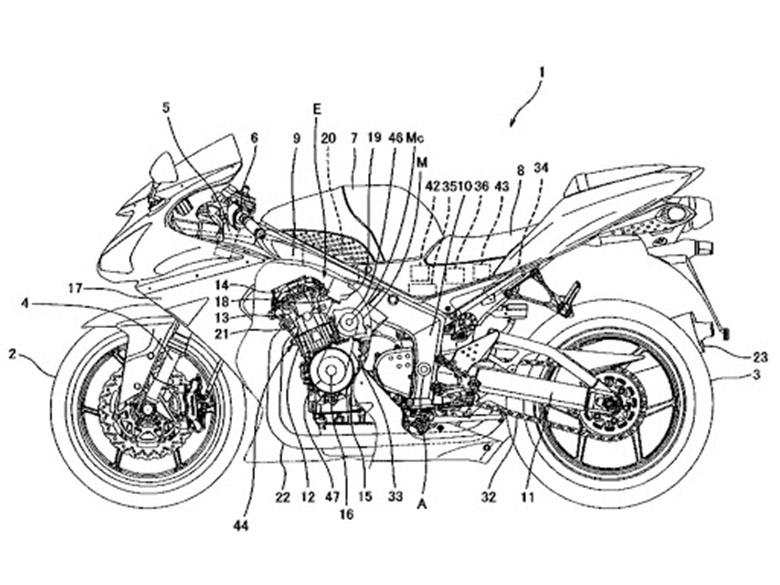 Kawasaki has also maintained that it has no manufacturing plans for a pure electric motorcycle, despite the announcement of its decades-long electric motorcycle research project a year earlier. The company’s R&D now tends to be primarily focused on hybrids that pair conventional gas engines with electric motors without surrounding large batteries to increase performance, economy and emissions. So, Kawasaki is Working on Hybrid Development and it is expected that we will receive an update on their work shortly.

Over the years, Kawasaki has focused on a range of hybrid designs that could benefit from power generation, ranging from affordable single-cylinder machines to superbikes. No one has even entered the show stands, let alone the production, but the research operation of the company on the subject has recently escalated. Several new inventions that involve growing influence over a motorcycle with not only one but two power units are seen in the current patent list.

The concept, like many hybrid vehicles, is to create a machine that can operate alone on its combustion engine, solely on electric power, or work together for optimum performance on both systems. By regenerating braking or by using an internal combustion engine, comparatively small batteries may be charged to ensure that there is not still energy on the tap as required. However, while cars like the Toyota Price frequently use a gearbox or a continuously variable transmission to link their power units automatically, Kawasaki needs to include the rider in all of the hybrid bikes that it has built. Therefore, standard manual information is maintained with the clutch clamps attaching the combustion engine, electric motor, or input shaft.

The decision is equivalent to the Kawasaki all-electric prototype, which was unveiled last year. Unusually, an electric motor was combined with a standard pedestrian transmission and a hand-operated clutch, designed to create a familiar riding experience. The prototype electric motor was comparatively small compared to the latest state-of-the-art electric bikes from companies such as Zero. It makes a lot of sense if it is just half of the electric prototype equation, and Kawasaki plans to pair this low-power engine with an internal combustion engine.

The new patent by Kawasaki focuses on the controls of the upcoming electric motorcycle, unveiling a four-way rocker turn for riding in ways related to the throttle twist grip, allowing the thumb of the rider to stay intact at all times. A separate “Promotion” button installed under the mode switch is even more impressive. The patent states that reaching this “boost” for several seconds would result in additional electric motor output. Various safety nets can block this promotion when unnecessary, such as when the rider chokes or hits the brakes. 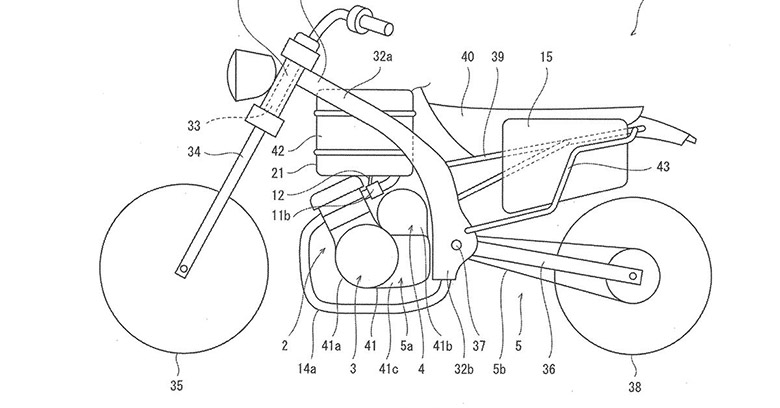 Another recent company patent illustrates how at zero revs, the electric motor takes advantage of its central output of optimum velocity. When the electric torque falls faster and lower, it binds to the gas engine’s torquey engine, which increases with the rpm, to the best of both worlds.

Around ten years ago, Kawasaki started designing the electric motorcycle before giving the public a concept. Five years before the patent begins, the company’s supercharge H2 began to appear. So the latest hybrid patent rush doesn’t signify that right now; we’ll be seeing the fruits of Kawasaki’s work. They will however, become a possibility in five years or more.