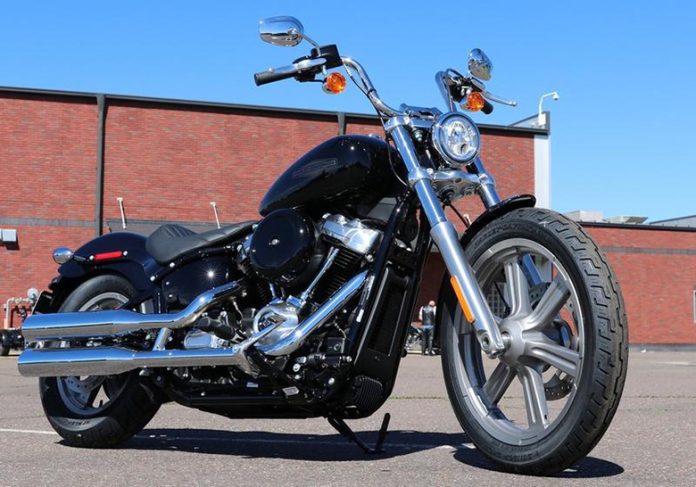 The new Harley-Davidson 2022 Softail Standard Cruisers offer the entire cruiser experience: A slim Bobber profile with a lot of attitudes, a Harley-Davidson Softail frame with dynamic performance, and a Milwaukee-Eight V-Twin power plant with uncompromising power. The Harley-Davidson motorcycle is presented in its most basic form on the Softail Standard model. It has a timeless Vivid Black paint job and is accented with shining chrome and polished finishes. This motorcycle’s raw, bare-bones bobber design makes it a clean slate for personalization. Annihilator cast aluminum wheels with a Silver finish are new for 2022 and replace laced wheels. 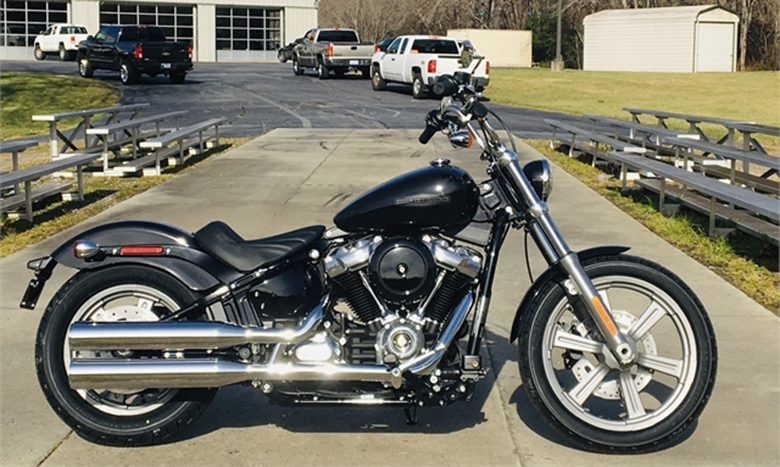 Raw, unadorned bobber fashion. A bare canvas that may be customized.

The frame has the traditional Softail aesthetics, but because of its lightweight construction and rigidity, it provides an incredibly responsive ride.

Modern suspension technology offers linear damping characteristics and the performance of a racing-style cartridge fork at a lower weight. 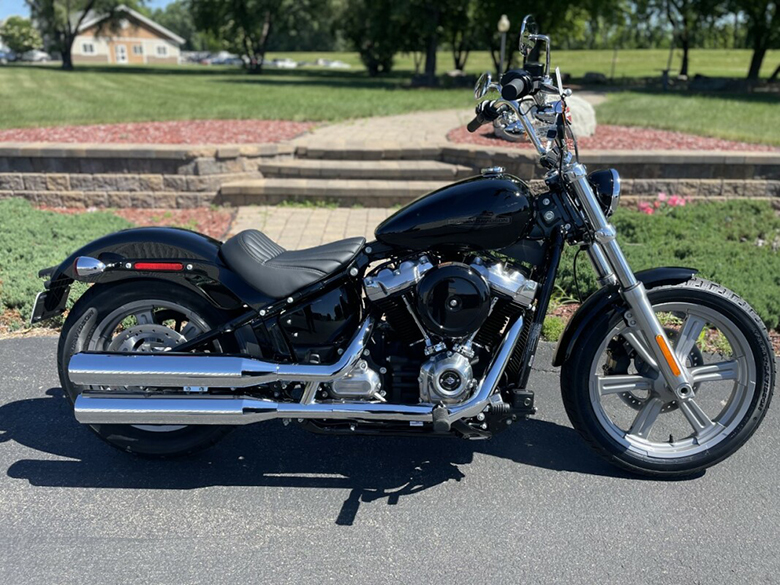 1. The Milwaukee-Eight Motor Is A Torque Monster

The Softail Standard’s single overhead cam 45° Milwaukee-Eight v-twin engine produces 72 horsepower and 99 lb-ft of torque. The torque distinguishes this motorbike from its competitors since it is a cruiser. The 99 lb-ft of torque is released at an absurdly low 2,500 rpm, which makes overtaking quite simple.

The Softail Standard moves ahead like a freight train when the throttle is turned to the left from any gear. Most of the time downshifts are not required, which makes the ride relatively easy. The performance in the middle is also deceiving. This 6-speed gearbox has small first and second gears and giant fifth and sixth gears. It promotes both outstanding cruising skills and city driving.

2. The Muted Rumble of The Powerful V-Twin Sounds Lovely

The Harley-Davidson Softail Standard boasts the trademark Harley-Davidson potato sound thanks to its air and oil-cooled v-twin engine. While riding through the streets, one might enjoy the lovely sound of this 45° v-twin engine at lower rpm ranges. You believe that the volume and bass are suitable for your everyday commute. 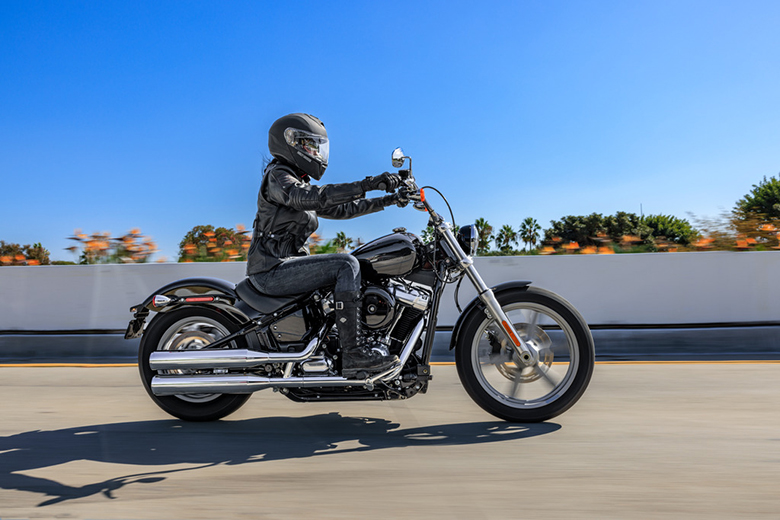 The standard exhaust is excellent even when riding quickly since it produces a more than good sound for a fun riding experience. It doesn’t puncture your ears since the volume is not too loud like other aftermarket exhausts, which is a bonus when driving along motorways or twisting roads.

3. Braking Performance Is Nothing to Write Home About

The 2022 Harley-Davidson Softail Standard’s braking system leaves much to be desired. The brakes, which include a 4-piston fixed caliper with a 300 mm disc up front and a 2-piston floating caliper with a 292 mm disc at the back, are insufficiently effective, particularly in an emergency.

The feel and feedback of the front brakes fall short of what you would expect from a motorbike of this price. The start and advancement are also, at best average. It could be among the poorest of the bunch regarding the back brakes. This heavyweight motorbike cannot be stopped from the motorway speed with only the rear brakes. ABS is available as an add-on however.

4. The Design attracts A Lot of Eyeballs

From every perspective, the 2022 Harley-Davidson Softail Standard seems stylish and powerful. The retro-inspired round headlamp, the reduced fender, and the chrome accents attached to the standard forks draw attention to the front perspective. The ape hanger handlebar has a standout appearance that sets it apart from the competition.

The Softail Standard looks best from the side profile, however. It seems pretty upscale thanks to the wonderfully made tank with the Harley-Davidson embossing, the chrome-wrapped pipes, exhaust, and engine heads, and the hidden rear suspension. The motorbike’s rear end has a large 150/80B 16″ tire and an LED taillight, which are uncommon motorcycle features. 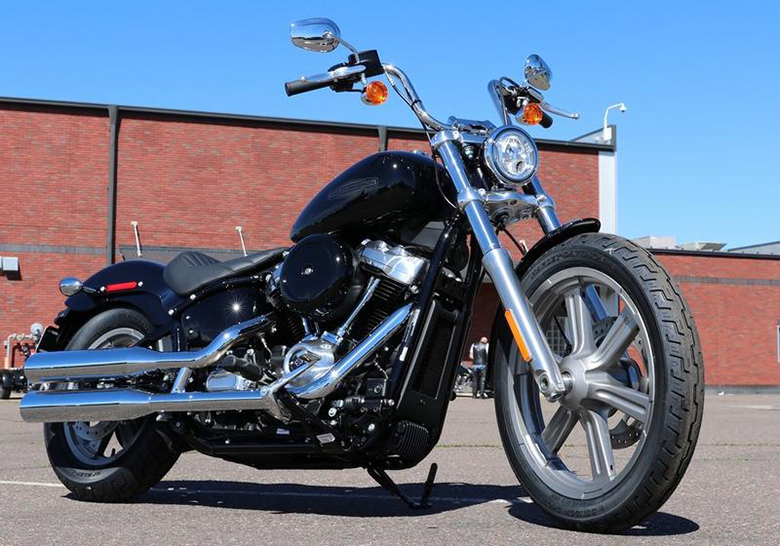 The 1,746cc Milwaukee-Eight 107 V-twin power plant powering many other Harley-Davidson bikes is also equipped with the Harley-Davidson Softail Standard. Given that this is an air-cooled long-stroke engine, the vibrations exist no matter what speed or RPM you operate. It is by no means a deal-breaker, however.

In the lower rpm range, the Softail Standard features tiny vibrations. It relates to the handlebar and foot pegs and may be regarded as this motor’s essential nature. At mid-RPMs, though, you experience little vibrations (especially at freeway speeds). The Softail Standard does cause vibrations to the handlebar and seats at higher RPMs. The motorbike, however, lacks oomph in higher rpm ranges, so there is no purpose in giving it a crazy amount of revs.

Despite having an ape hanger handlebar, the 2022 Softail Standard was quite comfy. The ride is relatively comfortable and bearable because of the switchgear’s suitable placement and the handlebar’s acceptable width and height. The foot pegs that are situated forward help travel along the motorway.

The seats on the Softail Standards are a little bit tougher than those on the Fat Bob, which has very soft seats. Longer rides are more bearable because of this, but the Fat Bob is not. Even for the tallest riders, the side bolstering is superb, and the rider won’t have any qualms about the available legroom.

7. Quite Flick able Around Corners

The 2022 Softail Standard is a reasonably simple motorcycle to live with, despite having an antiquated suspension system (49mm of telescopic suspension with dual bending valve for the front and Coil over mono-shock with adjustable spring preload for the rear). Because of the straightforward handling, it is easier to navigate city traffic than some of the other cruisers from the same manufacturer.

The 2022 Softail Standard has a wet weight of about 650 lbs., although it doesn’t feel that heavy till the motorbike is stopped. The Softail Standard could maneuver through a tight bend at a relatively quick clip thanks to good weight distribution. When pushing this heavyweight motorbike, the rider will never lack confidence since the motorcycle holds the line exactly well.

8. There Are No Fancy Electronics to Safeguard the Rider

The Softail Standard lets down many potential purchasers in this location. This American cruiser has a relatively high price tag (particularly when compared to the competition), but it lacks most of the amenities you would anticipate at this price range. The dual-channel ABS (optional), the sole safety device aboard, must be used.

The Triumph Bonneville Bobber, in contrast, has a variety of traction control settings, rider modes, a more modern instrument cluster with a digital display, and much more as standard equipment. However, the Softail Standard has LED headlights and taillights, a keyless entry system, and other valuable features.

9. Build Quality and Refinement Levels Are More Than Acceptable

Since Harley-Davidson was known for having subpar quality control, many people anticipated the motorbike to break down within a few years of purchase since it is a Harley-Davidson. The 2022 Softail Standard, on the other hand, is quite the contrary. Everything you could touch and feel was constructed of premium materials and felt just as pricey as the high asking price would imply.

The switchgear has a tactile feel and a click sensation. The handlebar, header, and exhaust are all encased in chrome and seem to be built to last a lifetime. In addition, the full mirrors, substantial foot pegs, and excellent paint quality all enhance construction quality and refinement level.

10. Priced Quite Steeply Compared To the Rivals

The pricing of the 2022 Harley-Davidson Softail Standard is outrageously high at $13,599. If you want to finance the motorbike, the monthly cost begins at only $191. The competition from Triumph, BMW, and Ducati seems like a much better bargain in contrast. It’s also unimpressive that there are so few features and modern technologies for the price. 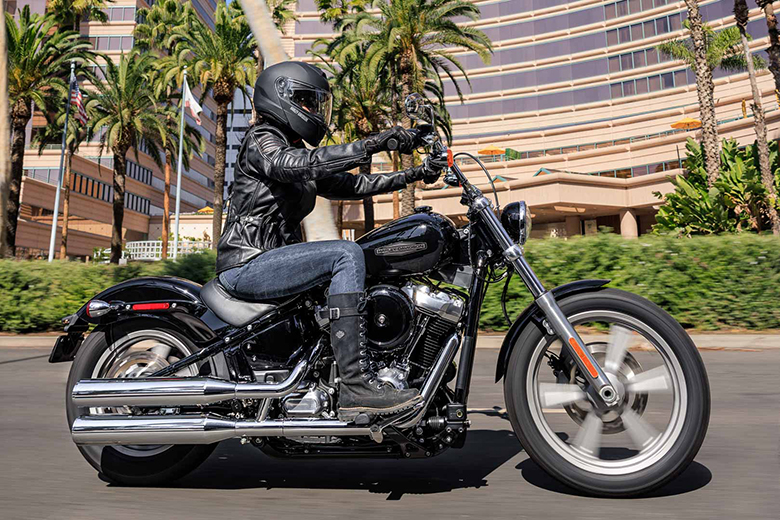 In addition to the high base price, the optional equipment for the 2022 Softail Standards motorcycles might cost as much as half the motorbike itself when wholly equipped. Since this cruiser lacks several necessary amenities, most owners will probably equip it with all the extras, which will drive the price.

The new Harley-Davidson 2022 Softail Standard Cruisers is available at $13,949.