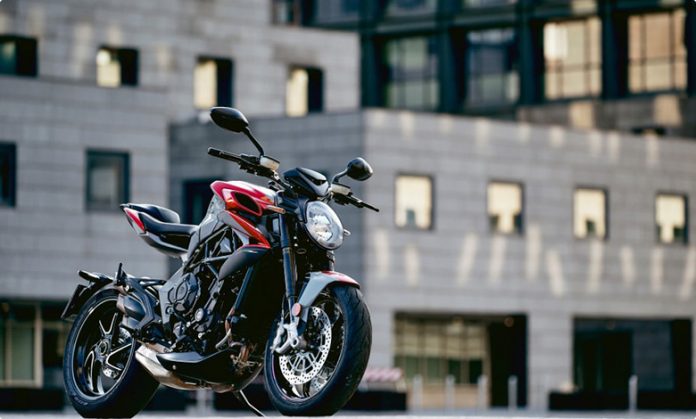 Each MV Agusta’s design and technological elements are the product of the conceptual synthesis of a development process that focuses on leading without compromise. The promise of unrivaled riding enjoyment comes with style. The little touches simply contribute to its uniqueness, which is reaffirmed yearly. Every model developed and built-in Italy is based on this corporate concept. The groundbreaking Smart Clutch System is available on the Brutale 800 RR SCS 2021 MV Agusta Bike, Dragster 800 RC SCS and Dragster 800 RR SCS starting with the 2020 series, joining the MV Agusta 2021 Turismo Veloce 800 RC SCS and Turismo Veloce 800 Lusso SCS. This technology is developed solely by MV Agusta. It increases the Brutale 800 RR’s distinctive dynamic attributes while also emphasizing the motorcycle’s already well-known simplicity of use in terms of performance. Whether someone is seeking maximum performance or riding in regular traffic, particularly at lower speeds, the Dragster 800 RR SCS wins a point for even quicker acceleration with less effort to manage. 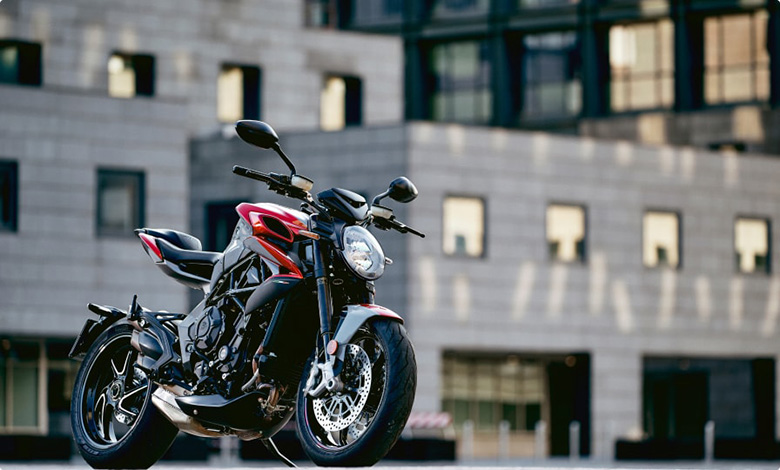 The new SCS 2.0 (Smart Clutch Mechanism) shift system reaffirms MV Agusta’s technical leadership. It is the only brand capable of delivering what is widely regarded as a real revolution in the motorcycle industry.

Tight lines and volumes are used in the design, which is precisely merged between the front and back ends. The Brutale has long been known for its exceptional balance in design. The engine is housed in a steel lattice frame with aluminum side plates, as is customary for MV.

Every genuine motorbike should provide all of the benefits of an advanced shift system without sacrificing the pure thrill of riding and shifting gears. MV engineers triumphed in a competition by allowing the rider to stop and proceed without touching the clutch lever on the handlebar. 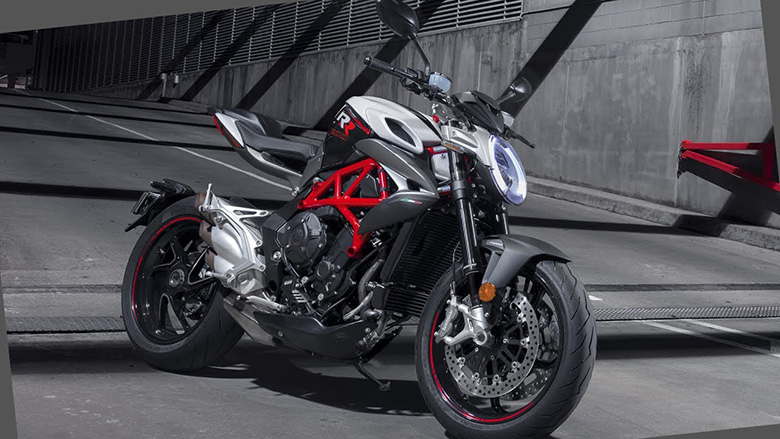 Shifting is still done with the classic foot lever, but the rapid two-way shift makes it more accessible. The SCS 2.0 mechanism is thirty-six grams heavier than a regular clutch, keeping with MV’s concept of maximum efficiency and minimum weight.

The Brutale 800 RR SCS’s in-line three-cylinder engine continues to impress with its flexibility, performance, and compact proportions. It now features an even more dramatic acceleration thanks to the Smart Clutch System, taking performance one step further.

Electronics – Four bikes in one

Electronics are used to control the clutch through the Smart Clutch System, as well as the four riding modes (Sport, Race, Rain, Custom) that may be chosen at the press of a button.

Safety – Control is everything 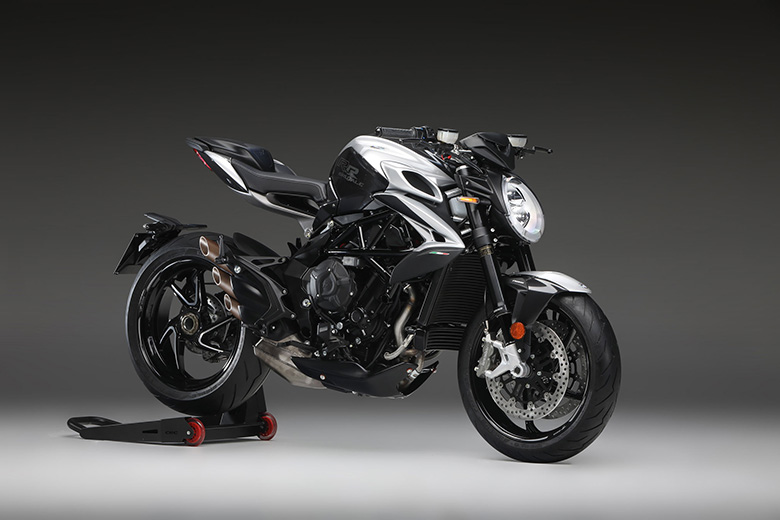 MV Agusta offers a brand new 3-Year Warranty on the entire range, as well as outstanding customer service. Discover modified kits and a broad range of widely accessible replacement apparatuses to personalize your ride on a model.

The new Brutale 800 RR SCS 2021 MV Agusta Bike, like other MV Agusta bikes, has become immediate legends because of its current line-up and technology, which are already a benchmark in design and inspirational ideas.

It has become evident that beginning with the 650-engine version, many of the aesthetic choices unique to this bike have made their stamp on the market, inspiring the competition’s delivery and, most importantly, influencing taste and consumer expectations. Additionally, one of the most evident markers of a project’s viability is its duration: MV Agusta is constant in its policies, which include continuous and creative technological improvements, such as the SCS, as well as an exceptional fidelity to the style of the original model, to the benefit of the value of its goods and the customer’s investment. At the same time, since the debut of the original F4 and the Brutale, MV Agusta has pursued distinctive technological solutions as part of its long-term plan. 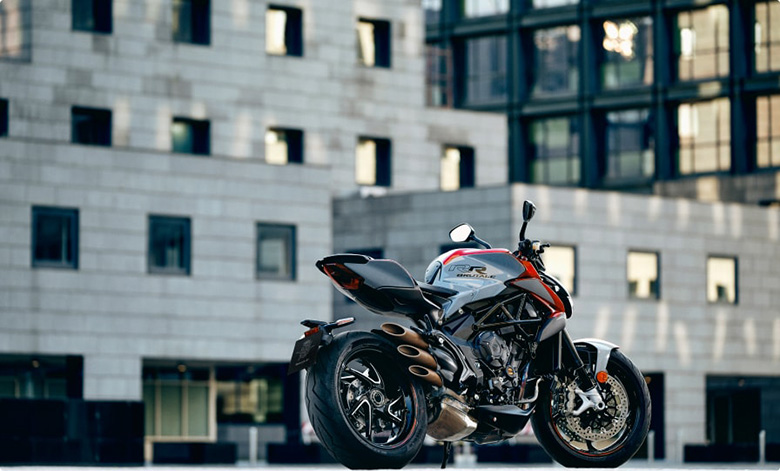 The two versions, each powered by a 749cc four-cylinder in-line engine, had innovative touches that were both functional and unusual. For the engine, we remember the radial arrangement of the four valves in the combustion chamber, the central location of the distribution chain, its extreme compactness, and high specific power. If that is conceivable, the chassis was even more inventive. The frame featured a steel pipe trellis construction with aluminum plates. The iconic swing arm, which went down in motorcycle history, ran through the enormous (by the standards of the period) yet functional fork to get effectiveness from the front axle. 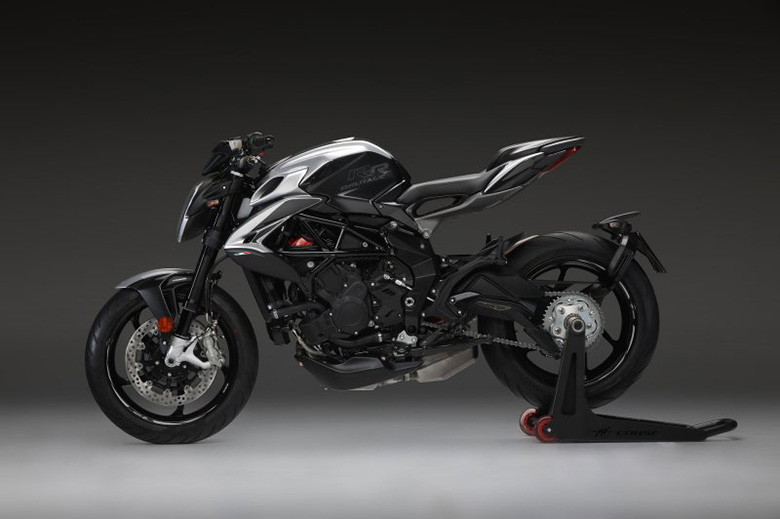 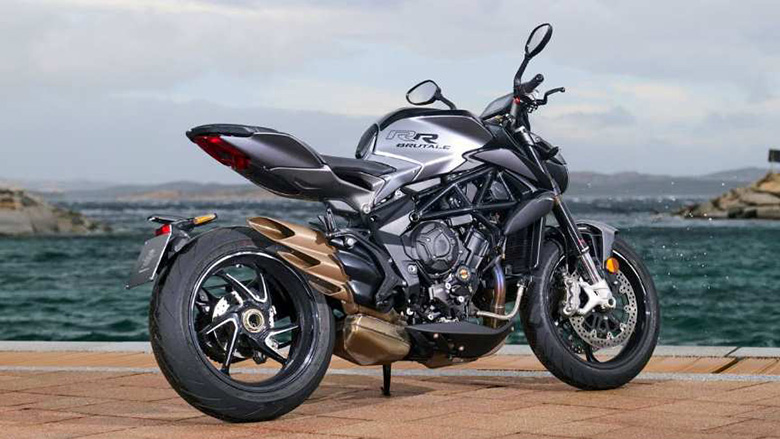