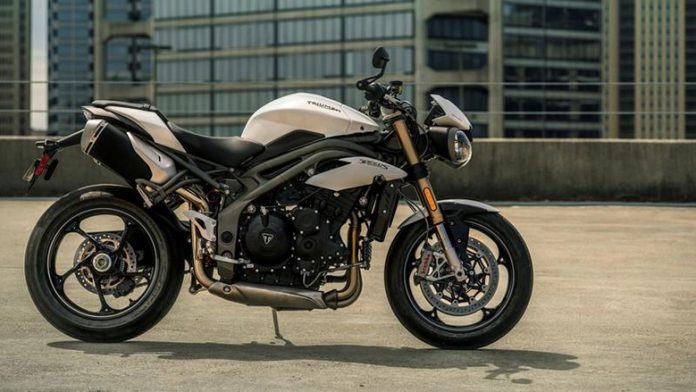 Nothing does it better than the new 2020 Speed Triple S Triumph Roadster when it comes to taking on the streets. The new Triumph Speed Triple S is more than a natural force; it offers unrivaled performance, character, style, quality, and practicality where it counts – on real roads, in actual riding conditions. Our acclaimed 1050cc triple engine is housed in the aggressive silhouette of the new Speed Triple S, tuned to deliver a fistful of linear torque for real-world thrills and top-end performance. It comes with the latest rider technology and is housed in a chassis designed for rider engagement. The new Speed Triple S has genuinely come of age, building on its legacy as the first factory street fighter forged 21 years ago.

The Speed Triple’s new engine is optimized to offer more than ever in pure linear torque and real world riding power. The all-new free-flowing under-seat exhaust system releases the deep characterful roar distinctive to a Triumph triple engine for everyone to hear when you crank up the intensity. 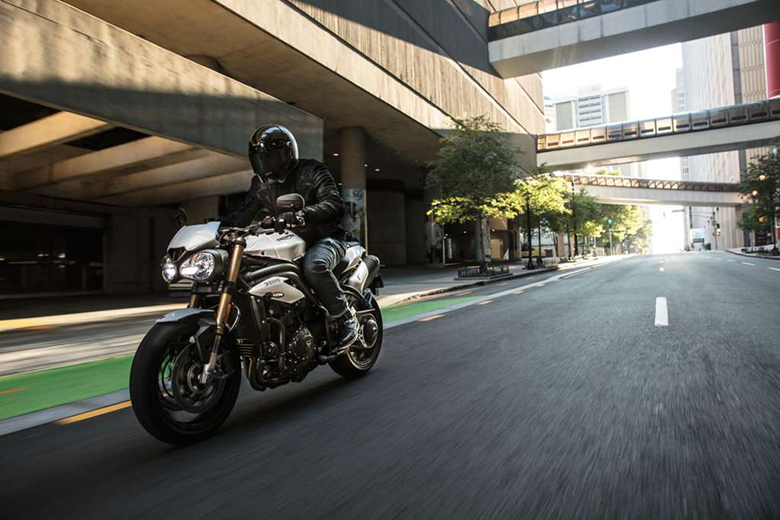 The Speed Triple’s three-cylinder, all-new 1050cc engine provides the ultimate real-world riding experience. You are in charge of delivering acres of full-range torque. Five selectable rider modes have been included for the first time, allowing you to choose how the power is given in combination with the most up-to-date rider-focused technology, including throttle mapping, traction control, and ABS. Rain, Road, Sport, a map that you can customize, and a fifth, Track mode for, well, the Track, are among the methods available.

The all-new under-seat exhaust system is beautiful, but it’s also lighter, 70 percent freer-flowing, and calibrated to unleash the rich, characterful scream that only a Triumph triple engine can produce.

The 104 new improvements in our all-new 1050cc triple engine give More Power, More Torque, and More Responsiveness, with the slightest twist of the ride by wire throttle delivering an immediate wave of torque and a genuinely heart-pounding rush of acceleration. 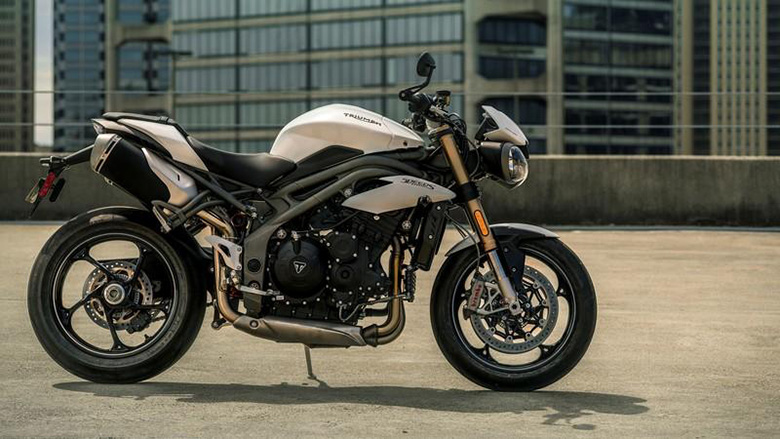 Slim-line LED indicators are fitted to the Triumph Speed Triple to emphasize attention to detail (in applicable markets). The hands, which have a handmade polished aluminum body, complete the new compact profile appearance.

The new Speed Triple’s single-sided swingarm is designed to improve handling stability, as well as make it simpler to clean the rear wheel or remove it while replacing the rear tire.

For a fully integrated design, the new Speed Triple has a sleek fuel tank with a low side profile. It’s built of magnetic tank bag-friendly steel and is ergonomically shaped for an elegant athletic appeal. 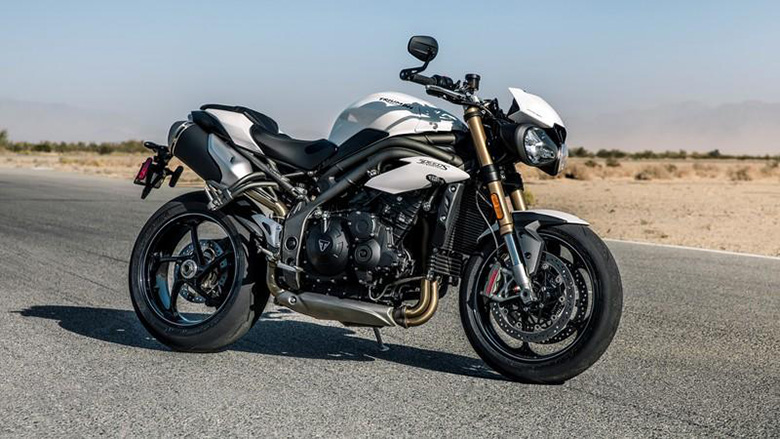 The Triumph Speed Triple is known for its dynamic handling in all riding situations, and the new Speed Triple lives up to that legacy. Whether you’re carving a route through urban sprawl, sweeping through the countryside, or reaching the apex at a racing track, a front, aggressive riding posture offers absolute control and confidence.

The new Speed Triple S has 43mm upside-down Showa forks with preload, compression, and rebound damping adjustments, as well as a Showa mono-shock rear suspension unit with factory-tuned settings. The Ohlins NIX30 upside-down forks and the Ohlins TTX36 twin tube rear mono-shock are fully adjustable for preload, rebound, and compression damping on the Speed Triple R. throttle is opened and the curves are beckoning; it adheres to the road. 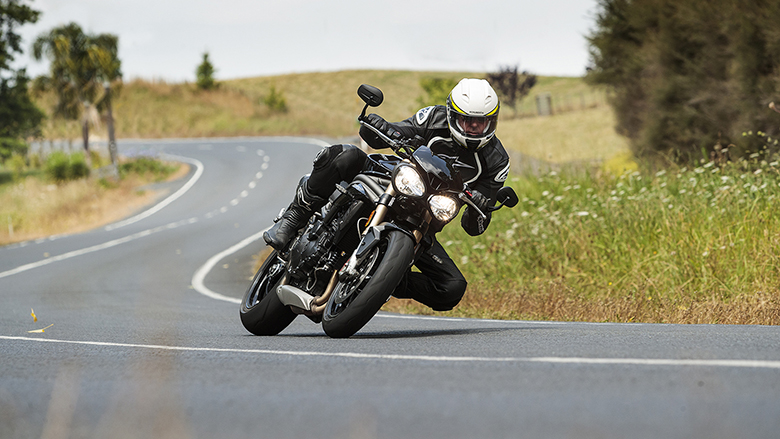 Agility, stability, and engagement are at the core of the new Triumph Speed Triple’s handling qualities. You’ll be searching for reasons to take a long way home for maximum enjoyment and maximum thrills, thanks to its dynamic and polished ride tempered with a robust and aggressive attitude. 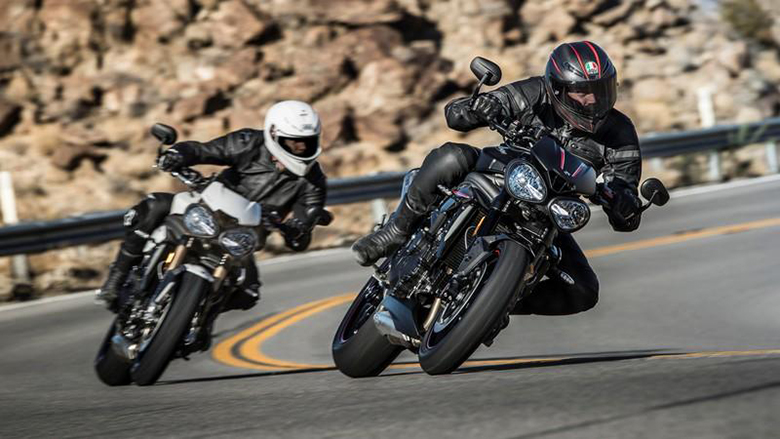