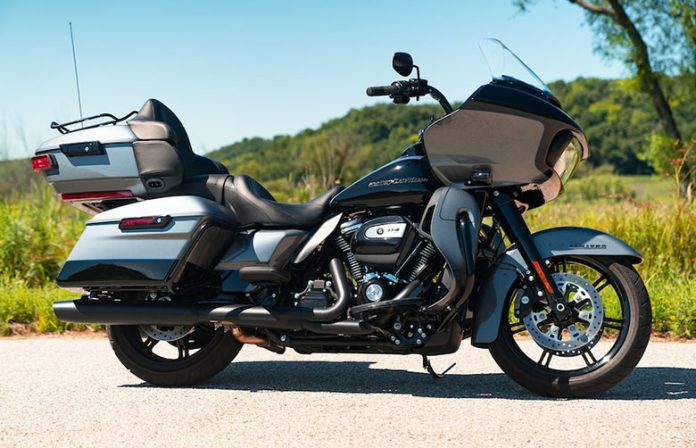 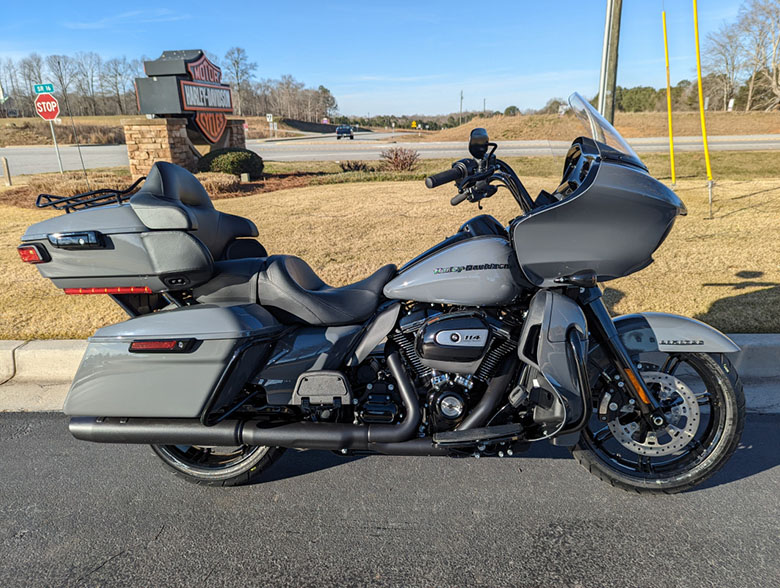 The manufacturer touched on several other historical high points throughout the remainder of the 2022 Road Glide Limited Harley-Davidson Touring Motorcycle, even if the shark-nose fairing isn’t precisely a traditional element. The front fender is where it all begins; it keeps its full-length outside dimension but has sides shaved down to show more of the Slicer II rim.

Right-side-up forks have the traditional beer-can fork skirts that date back to the middle of the previous century, and at this point, the blackout treatment kicks in on half of the dozen various color packages. Forks, skirts, engine guards, the engine, tank console, and the exhaust system all have a single color finish; on the other color schemes, they are brilliant chrome. Because of the potential for blinding, I don’t like the chrome tank console and gasoline door, but I recognize that not everyone is in that specific boat. I suppose everyone to their own.

I would add the fixed Sharknose fairing to that list since it has a vented windscreen that lessens the impact of head buffeting and accomplishes its job of shielding the rider from incoming wind and rain. The covering for your legs is completed by a pair of fairing lowers, which also increase the dry storage space by adding a few small glove boxes to their tops and conceal the tiny radiators that power the Twin-Cooling system.

Four round gauges and a color TFT touchscreen display for the Boom!TM Box GTS features are located inside the fairing. Together, these features provide all the necessary metrics and act as an interface for higher electronics, which include music, communications, navigation, and other crucial metrics. 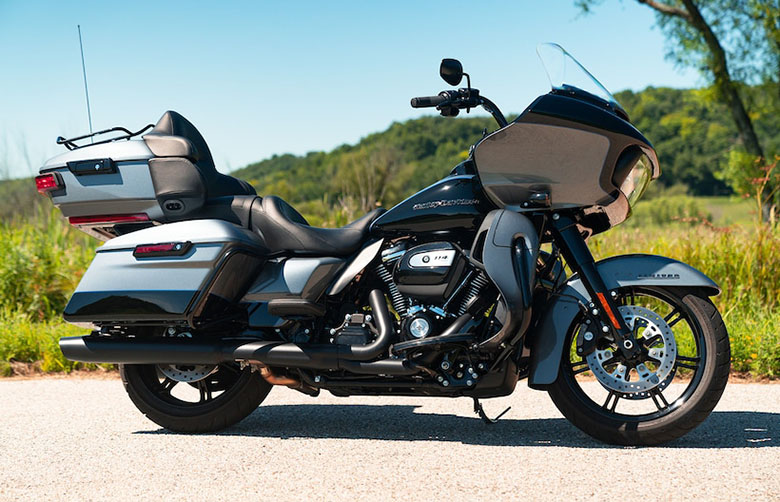 If you weigh at least 180 pounds to compress the suspension, the comfy saddle has a deep scoop that raises your butt 27.2 inches off the ground. The pilot’s lumbar support is provided by the rise to the lofted pillion pad, and of course, your passenger has a wide, comfortable seat with a full-width backrest, armrest, and footboards. You can hear your music even at highway speeds thanks to two 25 Watts per channel speakers underneath the cushioned armrests.

A combination of rigid side cases and a Tourpak provides 4.7 cubic feet of dry and secure storage space, sufficient for a long weekend or a significant supermarket run. There is also a chrome luggage rack for additional open-air packing space. For one last measure of safety, an LED taillight and full-width light bar guarantee that you are always visible from behind in any lighting.

The 2022 Road Glide Limited Harley-Davidson Touring Motorcycle’s primary frame is made of welded mild steel tubing, and the swing arm has a yoke design with a rectangular cross-section for added strength. The steering head is configured with a 26-degree rake angle and 6.7 inches of trail across a 64-inch wheelbase for low-stress tracking at speed. Those are the figures you need while driving crosswind or on the freeway.

Despite being non-adjustable, Showa Dual Bending Valve forks set the standard and provide a smoother ride than standard stems. Due to the flexible damping washers found within, the stroke speed-based variable damping reacts to demand in real-time.

With an accessible hand wheel that allows you to swiftly adjust the preload in reaction to shifting passenger and luggage loads, a pair of emulsion shocks do the job out back.

Contrast Cast-aluminum Slicer II Bright wheels with Dunlop hoses in a 130/80-17 upfront opposite a 180/65-16 to send the power to the pavement and complete the moving chassis.

The Twin-Cooled Milwaukee-Eight 114 power train provides the 2022 Road Glide Limited Harley-Davidson Touring Motorcycle with 122 pound-feet of torque at a low 3,000 rpm. The lump has a total displacement of 1,868 cc or 114 cubic inches due to its 102 mm bore and 114 mm stroke. Its name comes from this displacement, and its 10.5-to-1 compression ratio will need you to use a premium pump to avoid knocking and pinging. 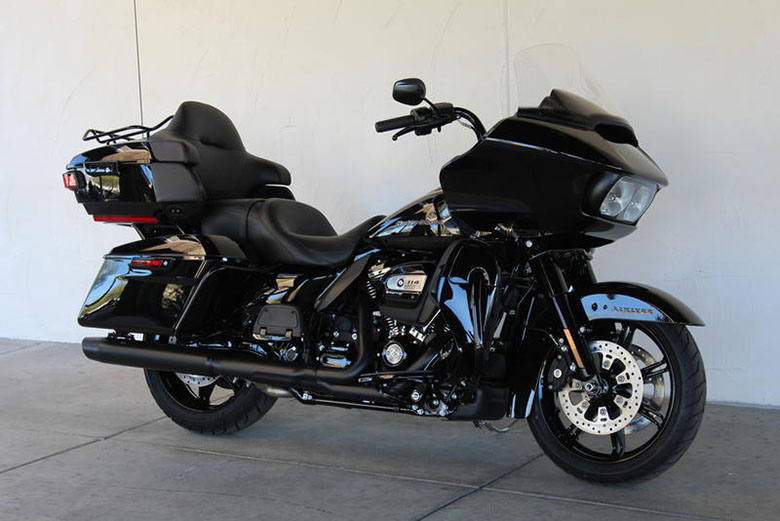 The 2022 Road Glide Limited Harley-Davidson Touring Motorcycle averages 43 mpg in its combined mileage rating since it weighs 932 pounds wet and pushes a lot of windage due to its wide fairing and luggage. The nosecone region has reverted to a more traditional shape, and the push-rod tubes exhibit the old-school geometry, which allows for a much more visually acceptable presentation since the manufacturer abandoned the Twin Cam engine and switched back to a single-cam valve train.

While the standard build includes a basic electronics package, the Reflex Defensive Rider Systems bundle upgrades the MoCo to include corner-sensitive Linked Brakes and ABS features and a traction control feature that uses inertial measurement unit observations to keep you stable in corners. To complete the sporty characteristics, a Drag-Torque Slip Control System guards against excessive back-torque from jerking the rear wheel free. As an added convenience, the Vehicle Hold Control function holds the brakes for you so you may put both feet down for stability on a slope.

Although individual results may vary, a six-speed gearbox with carbon-reinforced belt drive transmits power to the back tire at a peak speed of around 105 mph.

The pricing is broken down following the several color options H-D provides for the 2022 Road Glide Limited.

The Vivid Black with chrome components is the least expensive option at $28,729, and colors and finishes vary widely from there, with the two-tone colorway in the black finish costing as much as $31,874.

ABS, a security system, cruise control, and a premium radio are standard equipment.

It is immediately apparent that Kawi is trying to attract riders with similar tastes in tour bikes. In terms of form and the fact that it is affixed to the frame, the broad front fairing is comparable to Harley’s shark nose. If there’s an advantage to this setup, the windage of the fairing doesn’t impair steering as much as it would with a fork-mount fairing, but let’s be honest: this is all for aesthetics.

Credit where credit is due to Kawi, who also hit some other major high points with the Vulcan, which provides a similar touring capacity to the Road Glide Limited with a top case-style trunk and hard bags. The package is beautifully wrapped up in classic American style with a two-tone color scheme and liberal application of chrome. 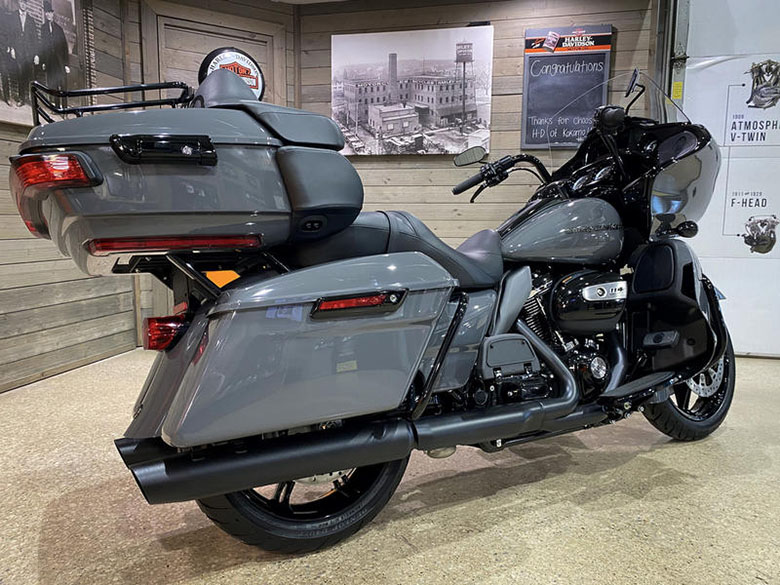 We may call the suspension on the Kawi a wash since, although the front forks are simple, the rear end is relatively comfortable with air-adjustable shocks and various rebound-damping settings. The same goes for the original brakes since the Vulcan is equipped with Kawi’s K-ACT II ABS to provide additional traction security. I used the term “stock” since Harley’s optional RDRS pack raises the bar, but for now, let’s just concentrate on the regular features.

The Vulcan 1700’s 1,700 ccs, the massive V-twin engine, produces 107.6 pound-feet of torque at a startlingly low 2,750 revolutions per minute. Even if those values are less than the Mil-8’s, it is safe to conclude that anything above 100 pound-feet is noteworthy.

Although it doesn’t offer the same amount of technology and entertainment, Kawasaki’s $17,499 sticker earns it its most significant victory at the checkout line. It nevertheless provides the necessities for a far lesser cost. 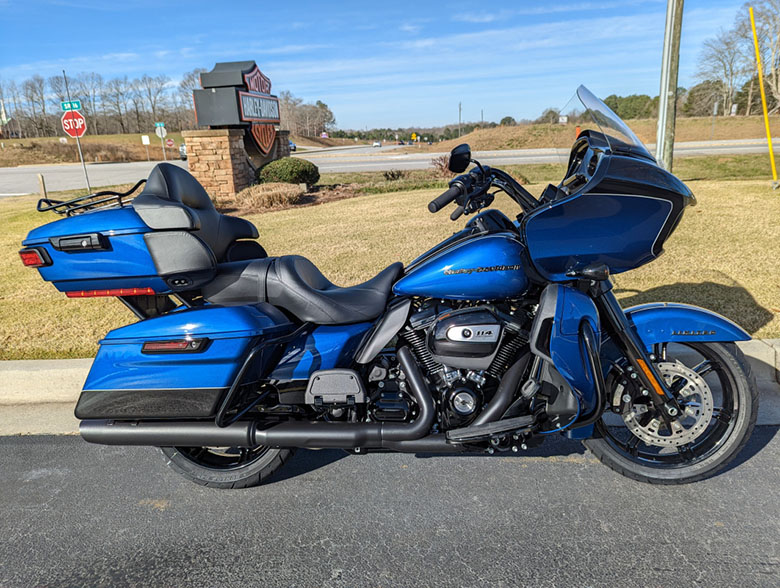