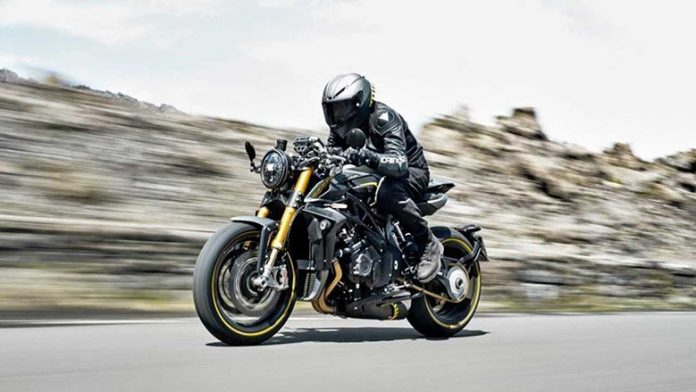 It is specifically engineered for takeoffs that leave you gasping for air. Its powerful engine and arrogant, irreverent charm make it enticing. As early as the beginning of aviation in the twentieth century, MV Agusta may be traced back to its roots. Aeronautics has had an important impact on the company’s design choices, as well as the creation of several notable models. The MV Agusta F4 Veltro, a tribute to a WWII Italian Air Force fighter, and the MV Agusta Brutale Starfighter and another F4, the Frecce Tricolori, honor the Italian Air Force Aerobatic Team and gives the symbols of the Italian spirit. These are a few of the many examples available. Power, maneuverability, and excellent performance to life in an entirely new way by 2021 Rush MV Agusta Naked Bike. 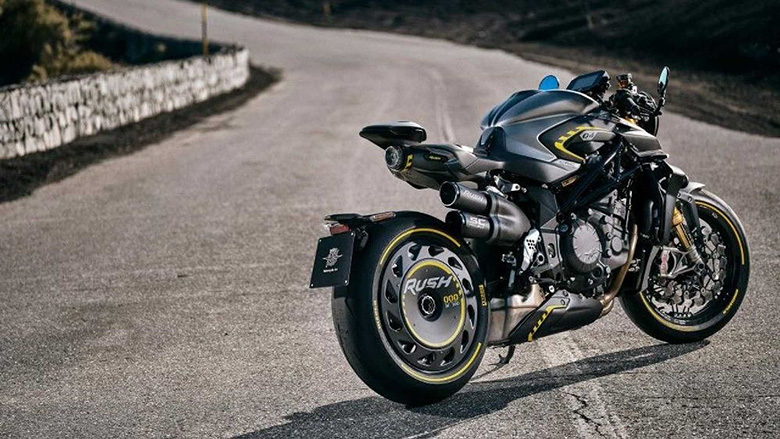 Military-inspired hues and yellow warning lights near the turbines are visible via air intakes and vents. No matter how thrilling their aerodynamic designs, technological innovations, and cutting-edge mechanics, fighter aircraft are devoted to providing the best possible performance in battle. One can imagine them unloading their feelings rather than explosives this time around. For example, the 2021 Rush MV Agusta Naked Bike triggers distinct sentiments that transcend the physical and enter a dreamy vision with hazy limitations. It is only fitting that the Rush should be shown on the Etna slopes, where the changing hues of the volcanic dust enhance the material consistency of the Rush.

Fit for the Strip

With its unconventional features like the lenticular rear wheel, the Rush stands out as a bike for those who aren’t afraid to stand out in a crowd. The design of the Rush reflects this attitude.

Feel the Power of Sound

This bike’s inline-four engine, the result of extensive development work, has a maximum output of 208 horsepower at 13000 revolutions per minute and can reach a maximum power output of 212 horsepower at the track. The available torque is 116.5 Nm. A complete revamp of the combustion chamber that incorporates F1 technology into it. 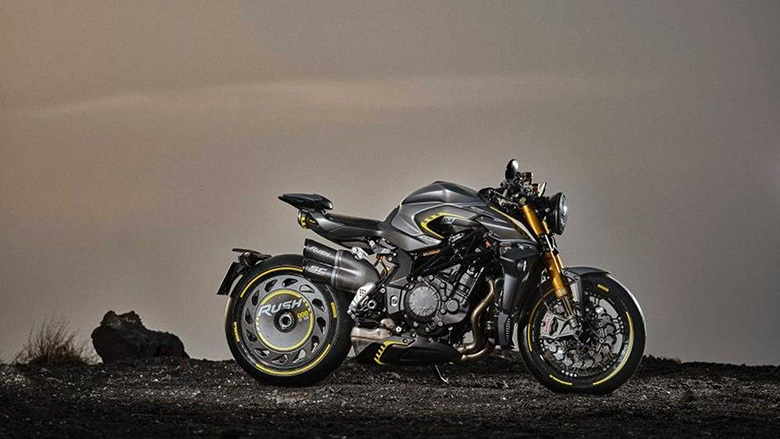 Among the hyper-naked, Rush 1000 is the pinnacle of advancement. You can expect heart-stopping, tarmac-burning takeoffs because of the sport’s irreverent appeal.

Despite its outlandish demeanor, it provides the safest ride possible thanks to the most advanced electronics.

The 1000cc, four-cylinder engine of the Rush 1000 provides actual replica MotoGP performance at speeds of up to and beyond 300 km/h. The famous tailpipes, lighting clusters, rear frame, and passenger seat were all built specifically for the Rush 1000, and they all stand out on this vehicle. The engine, chassis, and electronics of the MV Agusta Brutale 1000 models are the same as those of the Brutale 2000 models.

Titanium connecting rods and radial valves are used in this inline four-cylinder engine. The Rush engine is a motorcycle engine that has been certified as a state-of-the-art, homologated unit.

New components that reduce internal friction are expected to be introduced in 2021, after years of technological research. The record-breaking 1000cc naked engine, which produces 208 HP at 13,000 rpm, utilizes innovative materials in the ultra-high-performance engine. The cam phasing has been reworked to improve low-to-medium rpm torque without losing the incredible drive and acceleration that this engine is renowned for. Using a DLC (Diamond-Like Carbon) coating, the valve buckets’ surfaces are less friction-prone and more reliable. 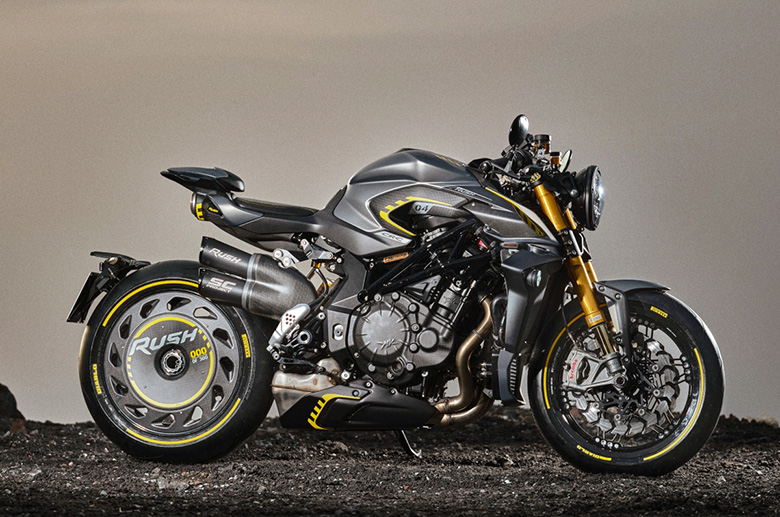 Improved clutch systems and a new sensor have been added to the EAS 3.0 electronic gearbox to make it more durable, especially during the high beginnings provided by Launch Control, to make shifting and insertion more precise.

Rush’s four-exit exhaust, a trademark of MV Agusta, is more eye-catching than ever, thanks to a new central collector architecture highlighting the four-unique cylinder’s sound.

The MV Agusta Rush’s electronics package is constantly evolving. The IMU inertial platform gives the ECU very accurate information about where the bike is in space to make decisions quickly.

Using the new platform’s traction and FLC wheelie controls, the rider may maximize the bike’s power while being very safe. MV Agusta has developed minimally invasive, high-performance instructions that showcase the bike’s acceleration potential with an FLC that doesn’t “shut off” the wheelie but controls it. With the new Continental MK100 module, the ABS provides optimal control even when the vehicle is being driven at an angle. The 5.5″ TFT display offers a wealth of information, and the dashboard’s mirroring capability allows it to be used as a turn-by-turn navigation system. The joystick on the left block will enable you to quickly access and navigate all features.

A More Comfortable and Efficient Frame

In the hyper-naked segment, the MV Agusta Rush’s chassis has long reigned supreme because of its extreme size, low weight, and forged rear wheel with the lenticular disc. A few structural tweaks have made it even more enjoyable to drive. 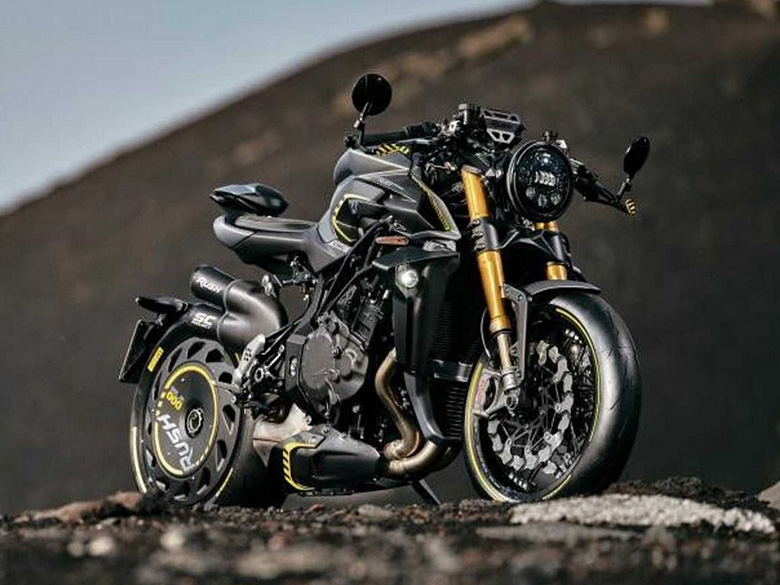 The Ohlins EC suspension on the 2021 Rush bike makes it even more efficient. It makes the bike move more smoothly and dampens any bumps. All of Brembo’s brake components, like the company’s radial master cylinder and Style calipers, are of the most advanced design in the industry.

A one-of-a-kind motorbike, the Rush epitomizes MV Agusta’s mission to build unique bikes. Intricately crafted, the superstructures are constructed entirely of rare carbon and meticulously detailed. The leather and Alcantara seats of the Rush 2021 have been redesigned to be more comfortable and ergonomic. 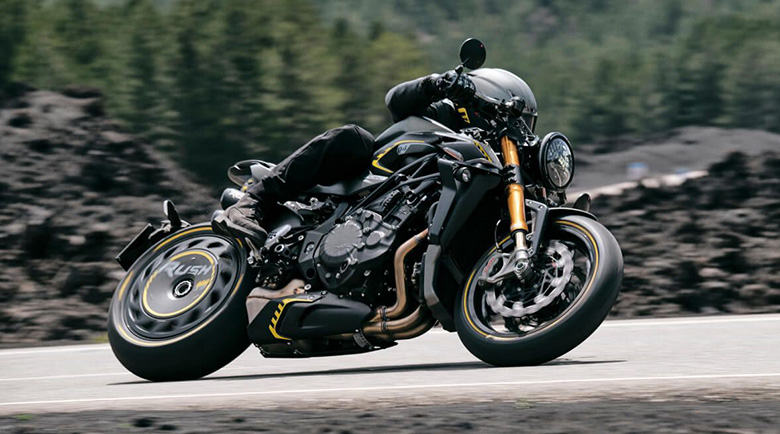 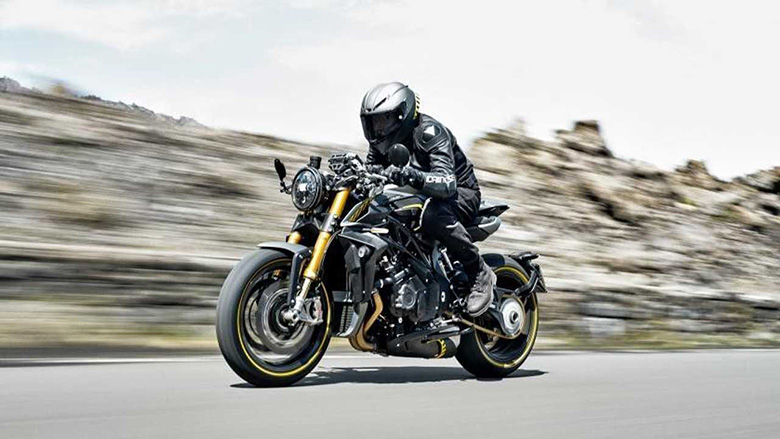