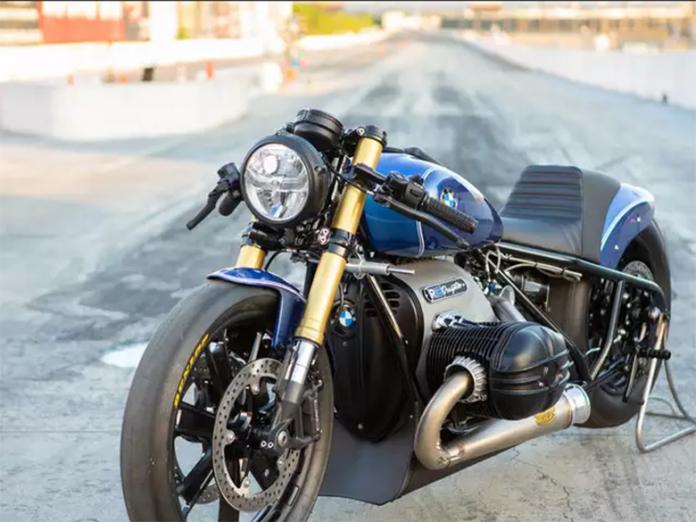 BMW R 18 was stripped down by custom bike designer Roland Sands to produce a dragster with the legendary and enormous boxer engine. R 18 Dragster is the product of this effort. As a result of allowing themselves complete creative freedom, he and his team have produced an original work of art centered on the fantastic 2-cylinder Big Boxer engine.

With this bike, Roland Sands was inspired by his narrative. “I was instantly reminded of muscle vehicles since the engine is so prominently displayed. It was only natural for me to form the bike to travel fast on a straight track since my father was a drag racer, and my family has always been interested in riding fast,” the designer adds. 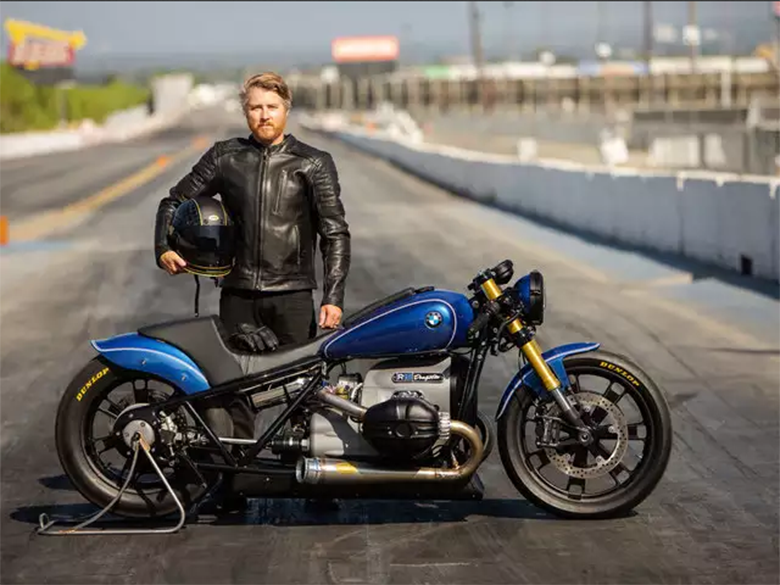 In April 2020, BMW Motorrad debuted its first cruiser series production bike with the new R 18. This type is a direct descendant of the BMW bikes that came before it, both in terms of its design and in terms of its engineering. For this model, the emphasis is on the essentials: pure, no-nonsense technology and the boxer engine as a center of riding enjoyment. It is based on models like the BMW R 5. As with other classic air-cooled boxer engines produced by BMW Motorrad since manufacture started in 1923, the “Big Boxer” is no exception.

The BMW engineers put a lot of time and effort into the new R 18, which pays homage to our brand’s heritage and recognizable features. When combined with the most potent boxer engine we’ve ever manufactured and classic design characteristics like white double stripes on the R 18, the result is a cruiser that’s full of character and has a timeless look. 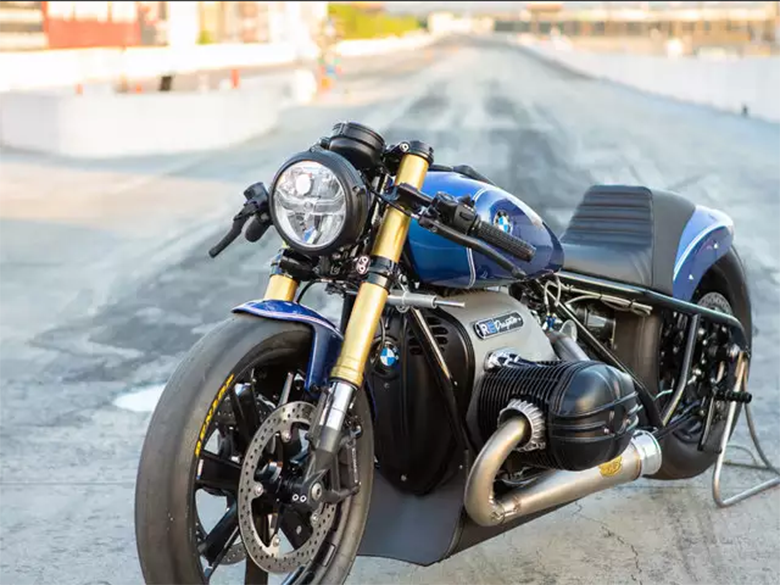 For more than a century, engineers relied on the boxer. The R 18’s 1802 ccm two-cylinder boxer engine is the largest displacement boxer engine we’ve ever manufactured at this point. When the engine is cranked to 3000 revolutions per minute, it produces 158 Nm of torque. It has a constant torque output of 150Nm between 2,000rpm and 4,000rpm, typical of a boxer engine. Big Boxer has a peak output of 67kW at 4,750rpm (91 hp). It combines traditional values with cutting-edge technology for a journey filled with nothing but pure feelings.

When Roland Sands comes up with a new concept, he begins drawing it out on paper. It gives him a good idea of what the bike’s basic form, posture, and geometry will be. It’s when we bring the drawing to life that the magic comes, Roland says.

The new R 18 gives the most design flexibility of any motorbike to date. Taking it apart is a breeze thanks to the detachable rear frame and pre-assembled painted components kit. It allows the buyer a great deal of flexibility when modifying the back end of the new R 18. Additionally, the rider can customize the paint finish to your liking. “Since we added nitrous oxide, removed the standard exhaust, and modified the intake considerably, the electronics were undoubtedly the most challenging problem we had to deal with.” However, we were able to get it just right! A high degree of artistry can be seen in the finished result, as may be anticipated from BMW Motorrad. I’ve been looking forward to personalizing from the beginning. 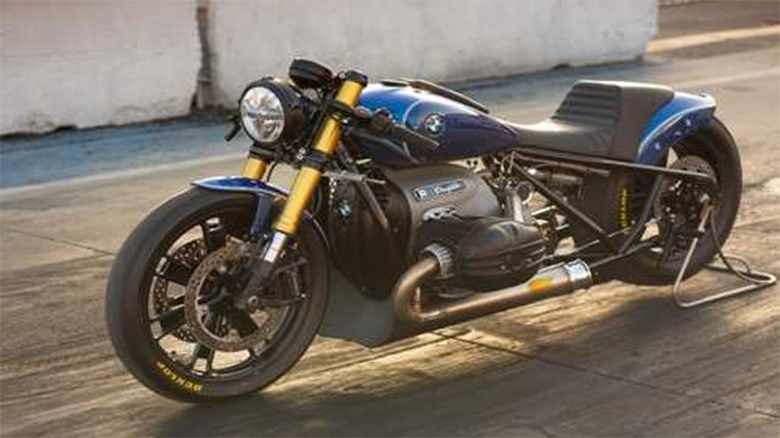 According to Roland, to build the R 18 Dragster, Roland Sands’ crew kept the bike’s standard neck geometry but swapped out the rear end for a drag racer. The front and rear fenders were also altered to accommodate the new frame. It took three and a half months for the whole customizing process to be completed. Final assembly and a day at the drag track were the next steps.

“Each bike requires a particular set of resources based on its specific construction, materials, and components. Even after building over 200 bikes, there is still room for improvement. Roland Sands says, “Knowing the genre of the bike we are constructing is critical to making it accurate and valuable.

Roland Sands designed two milled aluminum component collections for the R 18 Cruiser launch, in addition to the unique R 18 Dragster bike. These are called “Machined” and “2-Tone-Black,” respectively. Wheels in the “Machined” and “2-Tone-Black” categories are available in a wider variety of sizes than the conventional offerings. More than just speedometer housings, these custom machined pieces encompass everything from hand brake lever and mirror covers to filler caps to intake silencer covers to handlebar clamps.

Roland Sands utilized the “2-Tone-Black” machined components design collection for the R 18 Dragster to create levers, wheels, valve covers, breastplate, headlamp, and gauges. ‘ From the BMW R nineT, the front end was adapted for the project. The seat and exhaust were also made from scratch. 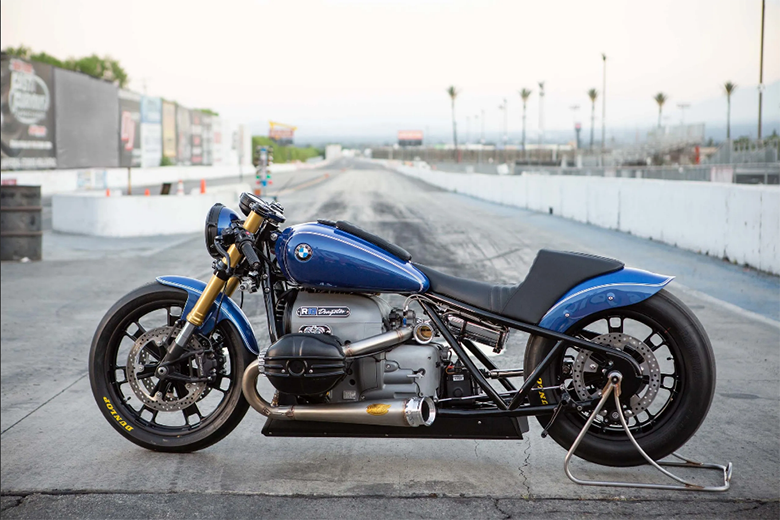 Roland Sands: The Man Behind the Designs

Roland Sands claims that he was born and raised on a motorbike and that the sport is in his blood. For drag racing, his father made unique motorcycles and components. Consequently, Roland grew up in a house full of rad motorcycles. He didn’t have to wait long before riding dirt bikes, disassembling them, and putting them back together again. He enjoyed a ten-year career in motorsports of his own.

For decades, Roland was an unknown custom bike builder with clients all around the globe.

Combining different styles and developing new genres is what the designer is most renowned for. What makes the brand stand out from the crowd is our ability to incorporate a racing look and function into a bespoke design. “We like to improve the performance of standard equipment,” Roland explains. 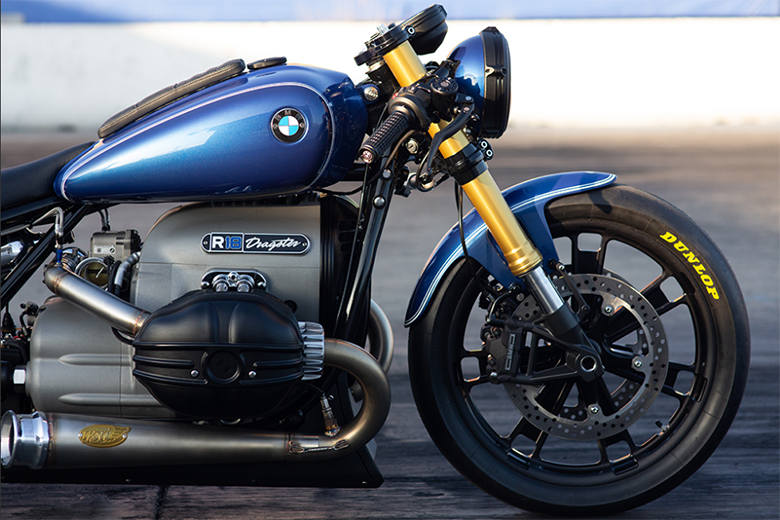 Motorcycling for Roland Sands is more than just a job. Trying to sum it up in a few sentences would be impossible. Riding a motorbike is an ecstatic experience for me since it seems like I’m one with the machine. Having a motorbike is what I do. It’s my life.