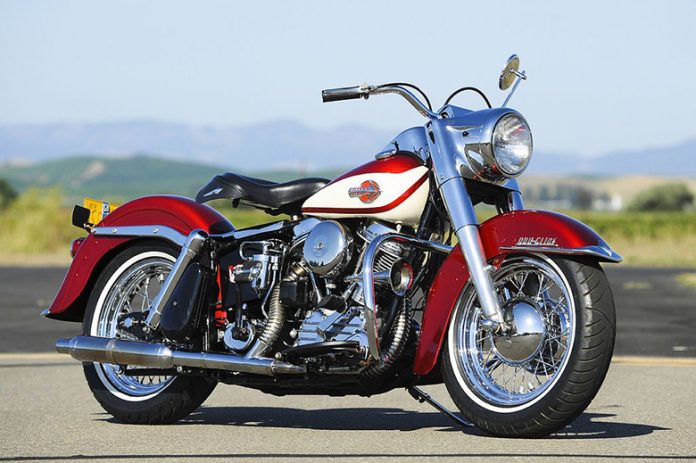 In the heavyweight cruiser market, Harley-Davidson was a pioneer and is probably the most popular brand. We see these brilliant chrome motorcycles speeding down the highway with experienced drivers who are physically fit and wear leather jackets. In the past, Harley-Davidson was the number one American manufacturer of motorcycles. Even if there weren’t many competitors, it’s impressive that it persevered through a century of ups and downs. And it shows the commitment and passion that Harley-Davidson is sure to have. Ronald Reagan, the 40th President of the US, once helped prevent Harley-Davidson from going out of business! For decades, “rear” suspension on Harley-Davidson heavyweights was provided only by a spring saddle. However, in 1958, swingarms with coil-over shocks were introduced. To compete in the touring market, one of these motorcycles, the Hydra-Glide, took over the mantle of the Dove Glide. The Duo Glide began to gain popularity among touring enthusiasts and neighborhood cruisers. However, the Duo Glide is now a forgotten story that brings back fond memories for those who have used it or know about it. However, this isn’t just another Harley. It was groundbreaking, distinctive, and exuded a certain allure.

It Has a Unique Suspension 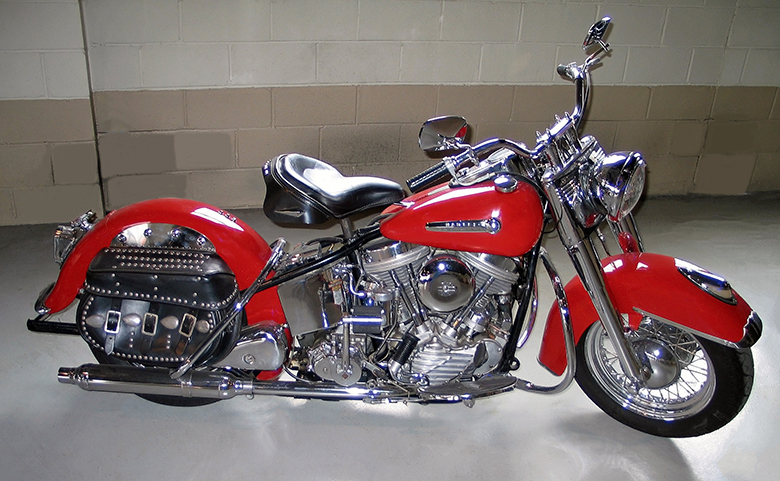 Before the Duo-Glide, the HD had a single front suspension called the Hydra-Glide. Duo-Glide has front and rear suspension. The rear hydraulic suspension is coated in chrome, while the front suspension is hydraulic. This motorbike is characterized by a spring under the seat, which is attached to the primary subframe. Extreme comfort is provided, and all unpleasant road conditions are absorbed. That’s what a glide ride is after all. 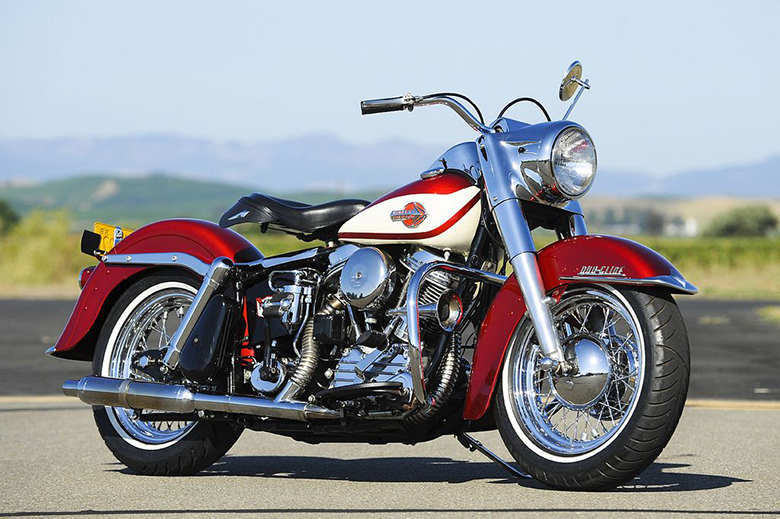 A 45-degree V-shaped, 2-cylinder, 1200 cc air-cooled engine with 55 horsepower output powers the Duo-Glide FLH. Yes, at the time, the Duo-Glide was the most powerful motorcycle available from Harley-Davidson. Now, this may appear unusual. With a top speed of 100 mph, this Panhead can get you where you need to go. By today’s standards, that’s not even close to enough, but at the time, it was truly amazing to hear. 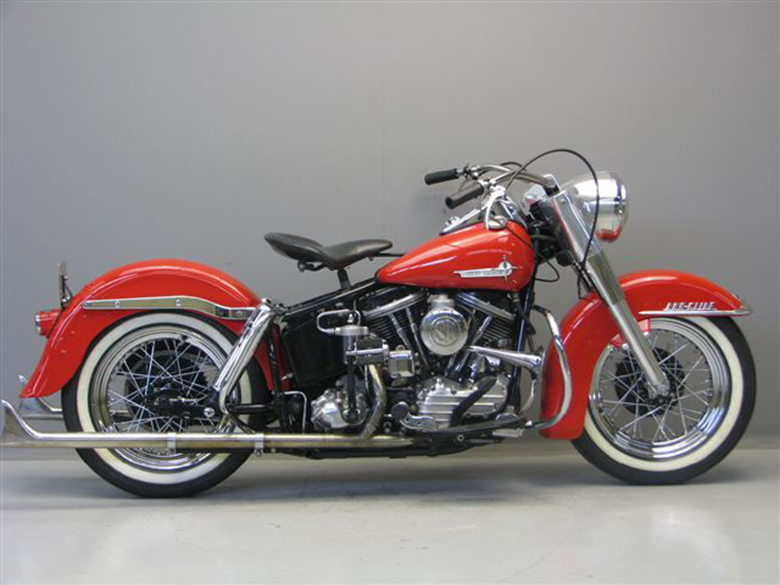 We can all agree that Harleys and chrome go well together. And there is no denying that it looks beautiful. The front and rear fenders, handlebars, headlights, front forks, and rear suspension stand out the most. The exhaust, rims and engine are also quite noticeable. While these heavily chromed machines might make you blind in the sun, they’re not letting any of the charisma behind them diminish in any way. 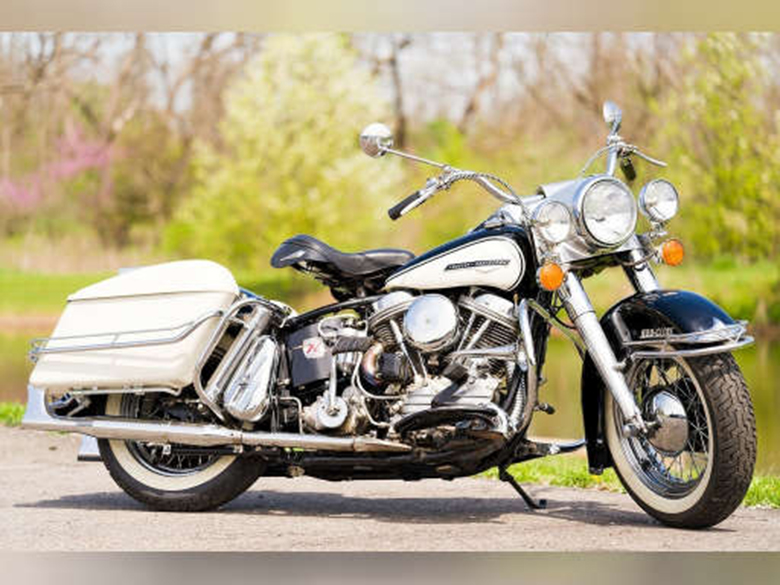 It will now have the same classic cruiser bike look. It simply raised chrome handlebars with common imperfections. But these handlebars have a specific function related to how the bike works. The accelerator cable is controlled from the right side of the handlebar, just like on every other bike. A cable connected to the timing is on the left side, which allows the bike to run smoothly and accelerate. You must rotate both handlebars to increase your speed. And of course, another function with the rotating grip on the left is the clutch operation. Even with a Harley that’s been modified, it’s not something you see very often on a bike.

The Start-Up Process Is Unique 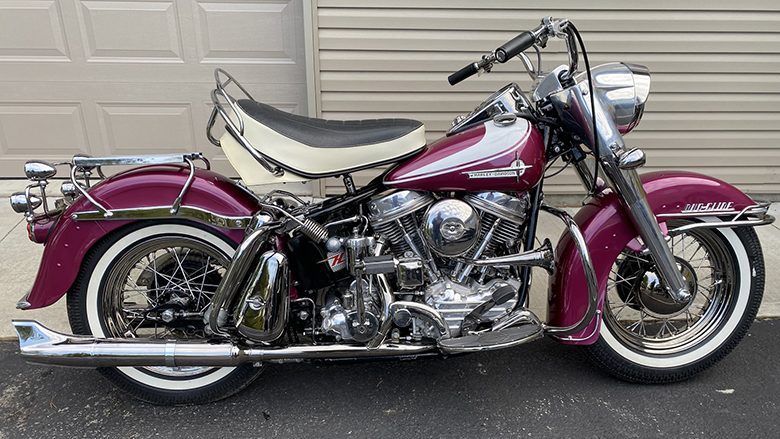 The HD Duo-Glide starts pretty interestingly. The timing should be delayed, the carburetor should be choked, and the throttle should be open. After the ignition is off, you have to give it two kicks. After this operation is completed the Do-Glide is ready to start its pistons. Switch on the ignition, open the throttle, and open the carburetor. With just one kick, the fuel will be smoked. If this does not solve the problem, you must start the procedure again. While it can be a little tiring at first, once you get your Duo-Glide rolling, it will be worth it. 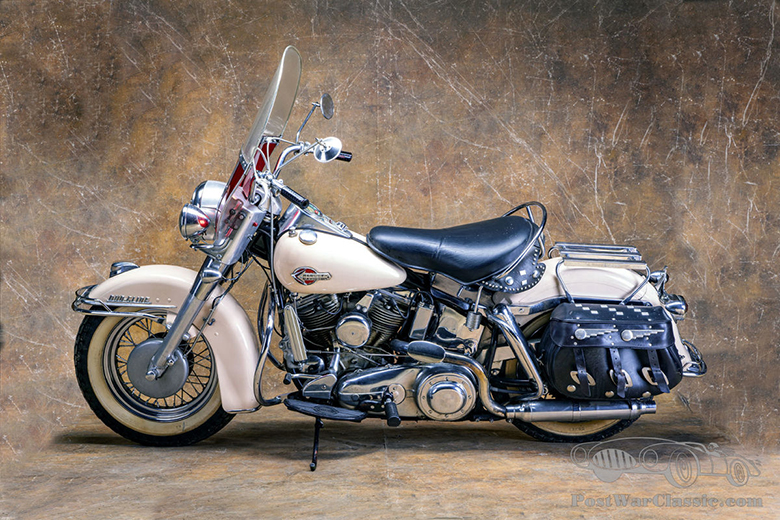 Even the name “Tourer” suggests what these bikes are designed for. The Harley was meant to cruise for miles on a bright, sunny day. Virtually every Harley is designed for long drives, but others go a step further. The Harley-Davidson Do-Glide is comparable. It had a dual suspension design, which provided a high level of comfort. It is one of the most comfortable bikes to ride on public roads. Another positive is the extra spring added to the base of the seat.

The Heavyweight Is A Boon And A Bane 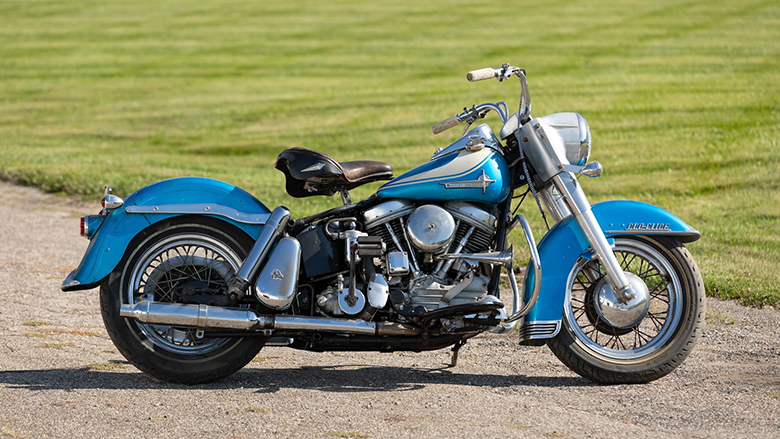 In modern times manufacturers are in favor of keeping the weight of the bike as low as possible. Probably because there are more disadvantages than advantages. The Duo-Glide, another timeless model, wasn’t interested in being lightweight. He had to show off his masculinity and bulk. In addition, substantial weight enhances high stability at high speeds, enabling sustained cruising at high speeds. Yes, maneuvering around parking lots can be tricky, but once you’re on the streets, it’ll be a breeze! 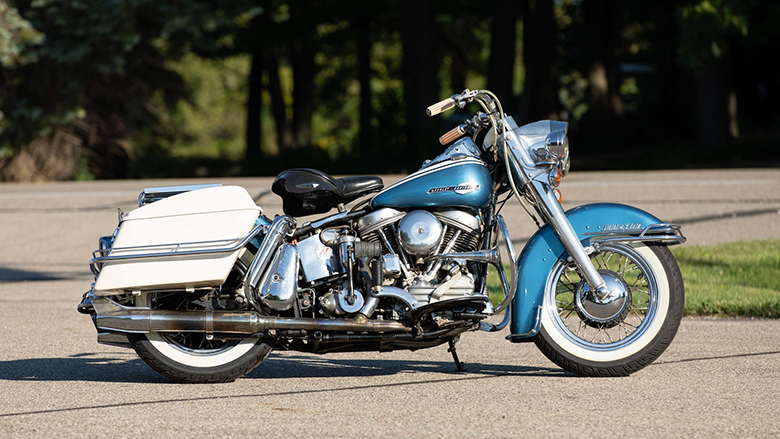 For those who don’t know, the Harley Davidson engine is what motorcycle enthusiasts call the “Panhead.” To shed some light, these engines are overhead valve engines with rocker arm covers that resemble pans, giving the impression that a pan is mounted on the engine. The same Panhead engine is also installed in the Duo-Glide. It was initially popularized in 1948 in its vintage motorbike, which took design cues from the World War 2 knucklehead engine. 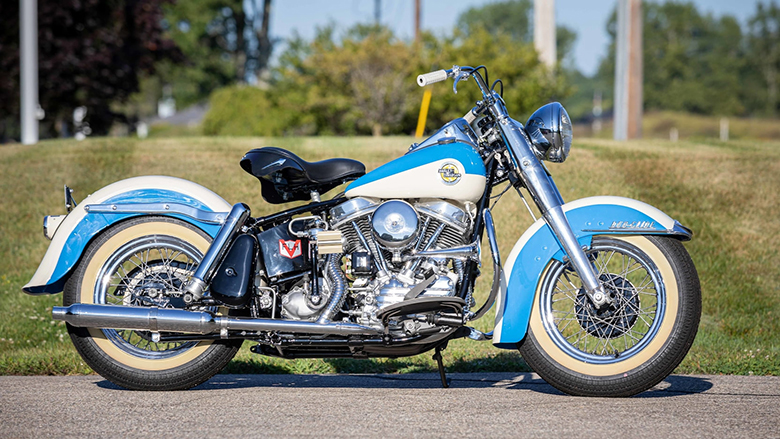 Being a motorbike from the 1950s, the Harley-Davidson Do-Glide looks pretty cool. While there may be a lot of chrome and bright paintwork, thinking that it’s overkill. It’s Romeo that has caught the attention of gearheads just like Juliet. It fits into the heavyweight group and has a muscular build thanks to its large body parts. More importantly, it has a classic style. Many customs or even regular choppers and cruisers still look strikingly similar to the Duo Glide, which has been around for nearly seven decades. 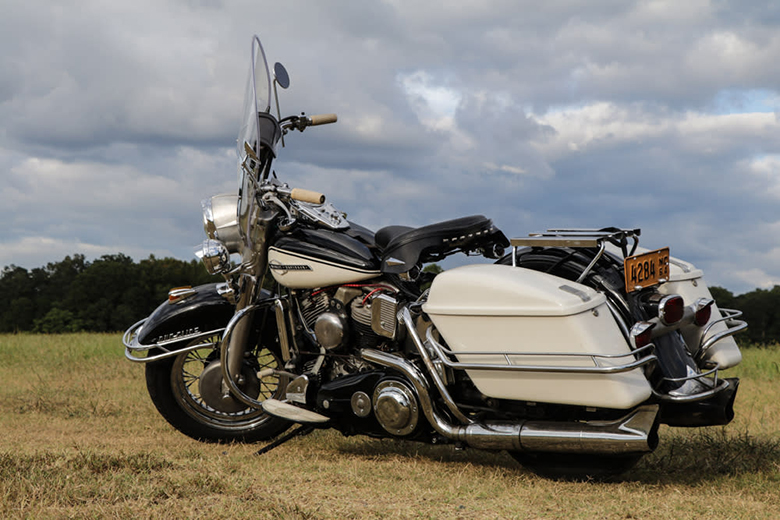 Once all other bikes were abandoned, it was promoted as an entry-level Harley and is, by far, their most affordable brand-new bike. Because it is not the most desirable Harley-Davidson, it will become even more reasonable by the end of the year. While far from ideal, it’s the ultimate blank canvas and a relatively decent place for cruiser enthusiasts to start.