In addition to the recent presentation of its future GT baptized Trophy 1200, Triumph will again evolve its very popular mid ranges for 2013, Triumph Daytona 675 and Triumph Street Triples 675, both are built on the same technical basis. What can one expect some? Here are our last indiscretions… 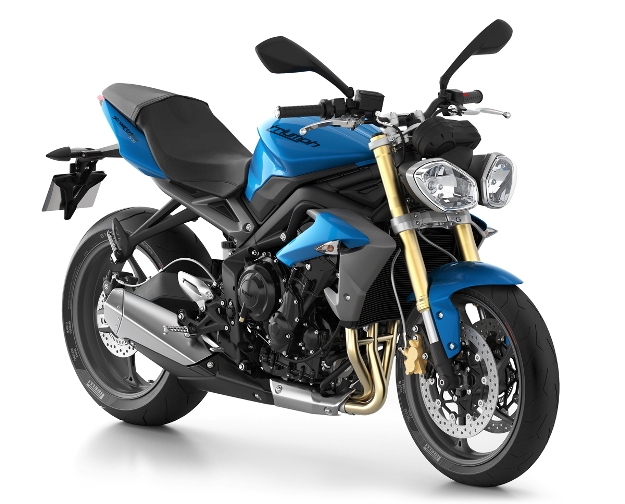 For 2013, it is already known that Triumph will return on the crenel of the motor bikes GT with its news Trophy 1200, about which we already wrote about on bikescatalog.com. But in addition to this prestigious segment, the English manufacturer also counts on the recasting of other more popular and particularly strategic models related to it.
It was Triumph Daytona 675 and his/her little sister of blood Street Triples 675 who have already been in interviews, at meetings of test on open road for a few months. Here is what we can ultimately add more to this. 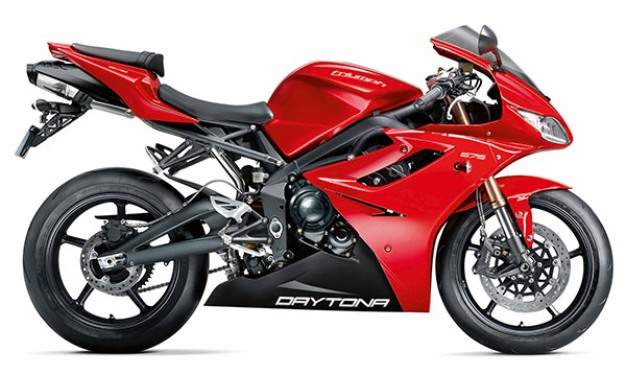 First of all, both EVOS 2013 like Triumph Daytona and Street Triples 675 will adopt a line of exhaust moved under the engine. The goal is to centralize their masses and to reduce the weight a little too. According to our sources this change would be dictated by the standards of pollution.
The appearance of these motor bikes will evolve in a gig. Exits carry out the visual signature of the pots under the saddle where Triumph follows the tendency. Another change would be with the cycle part that would improve with a slightly re-examined framework, a new oscillating arm and a new back aluminum loop. The geometry of direction should evolve and according to our information, the ergonomics and the radius turning would evolve too. 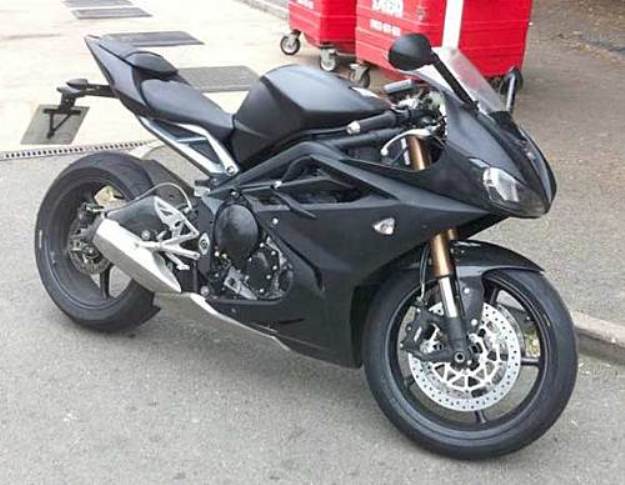 From this point of view it will not be a luxury: Triumph Daytona 675 provides much support for the wrists. While Triumph Street Triples 675 notices one of the worst turning radii of the roadsters of rolled average. These two news Triumph 675 2013 should evolve on other points too like their engine and completion, but one still does not know if they will be equipped with ABS or the anti-skid one. But Triumph in any event did not conclude with any of its innovations for 2013. So remain connected for further!