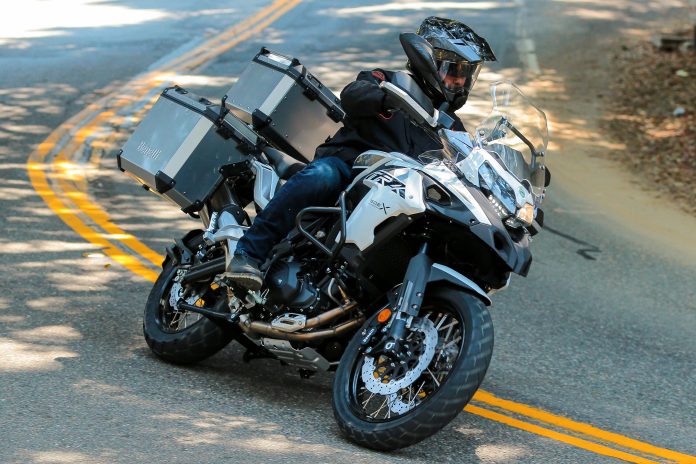 Benelli’s most capable adventure touring motorbike is the TRK 502 X. The TRK 502 X is built on an adapted framework from the TRK 502 but has a few notable includes that distinguish it from the original model. The TRK 502 X was made to handle a wide variety of terrain, so it’s just as at home on rough roads as it is in the woods, tackling rock gardens. The ABS version of the Benelli TRK 502 X will cost you P379,000.

When conquering the most challenging off-road trails, the TRK 502 X’s durable multi-spoke design wheels with dual sport tires aim to hold your line and maintain speed. World-class stopping power is provided by dual 320mm discs with 4-piston calipers and ABS, while an ABS-equipped 260mm brake package is located at the rear. The bike also has high-end underpinnings, including a 50mm adjustable inverted fork and a rear mono-shock with adjustable preload and rebound. 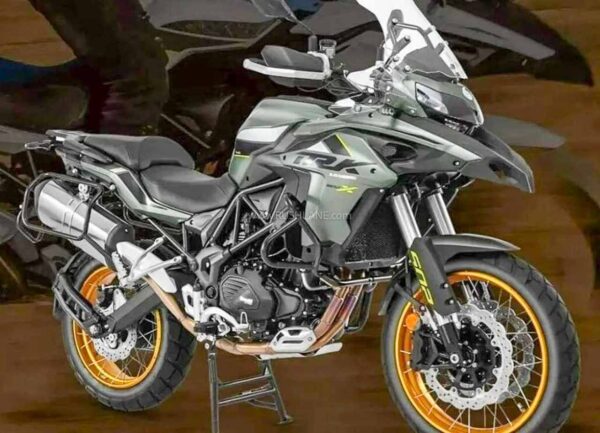 Plenty of power is available from the 500cc parallel twin engine on the TRK 502 X. The TRK 502 X’s stout engine produces a solid 46 horsepower and 45 Nm of torque thanks to liquid cooling, DOHC, and four valves per cylinder. A chain-driven 6-speed manual gearbox drives the rear wheels.

Italian motorcycle maker Benelli’s middleweight adventure tourer TRK 502X has been upgraded for 2022. Currently, only the Chinese market is receiving new updates. It should also reach the markets of Europe, North America and India.

The Benelli TRK line of bikes is virtual adventure tours designed with this use in mind from the start. Benelli offers the TRK 502 in the middleweight segment and the hardcore off-road oriented TRK 502X. It is the TRK 502X that received the modifications in China.

The most significant improvement for this Benelli is the new cast aluminum swingarm, which is 3.6kg lighter than the one it replaces. The old swingarm had an asymmetrical steel tube structure. The new swingarm is more lightweight but more robust than the steel one.

Some new features are included, among other modifications. Compared to the regular TRK 502, the TRK 502X has wire-spoke wheels that can be fitted with tubeless tires, firmer suspension with 30 mm of extra ground clearance, and a high-speed exhaust. The updated TRK 502X features improved switchgear, a TFT instrumentation display, heated handlebar grips, and a tire pressure sensor. 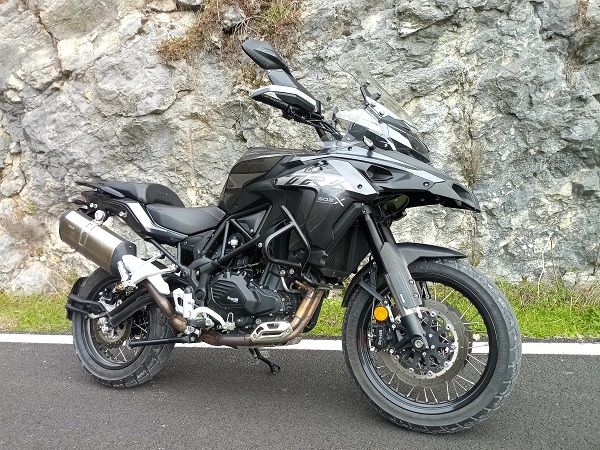 Aside from the few visible changes mentioned above, the revised TRK 502X has a similar design to the model it replaces. Three more color options are also included. The same 500cc parallel twin engine with 46 Nm at 6000 RPM and 47 horsepower at 8500 RPM is mated to a 6-speed gearbox.

The revised Benelli TRK 502X has the exact dimensions as the original model. They measure 2,220 mm in length, 915 mm in width, and 1,480 mm in height. It’s slightly heavier than the type it replaces, weighing 232kg compared to 235kg. With a seat height of 840mm, it offers a good 220 mm ground clearance. It comes with a relatively sizeable 20L petrol tank with a respectable range for touring. 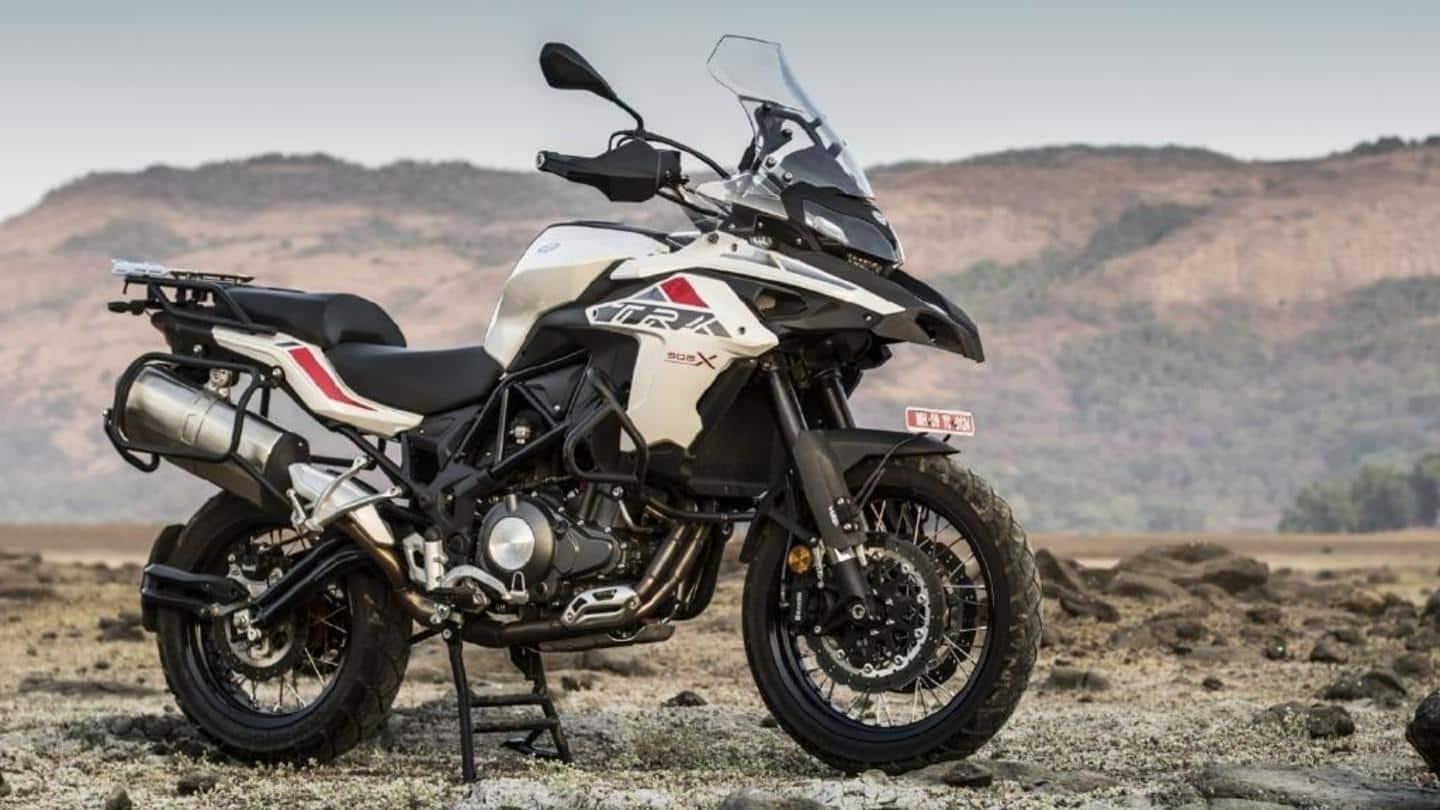 An impressive thing about the upgrade is that QJ Motor did not increase the price of the motorcycle at all. Every improvement and new feature costs what it replaces. By the end of the year, we imagine this upgrade to be available in our market in addition to the European and North American markets.

Benelli reasonably prices the TRK 502X in India at Rs. 5.50 lakh (formerly Sh) and provides exceptional value. QJ will be even more valuable for all its offerings if it adopts the pricing model it did in China. It competes with Triumph Tiger Sport 660, Kawasaki Versys 650, Suzuki V-Strom 650 XT, and Honda CB500X. It is also the least expensive bike in its class. 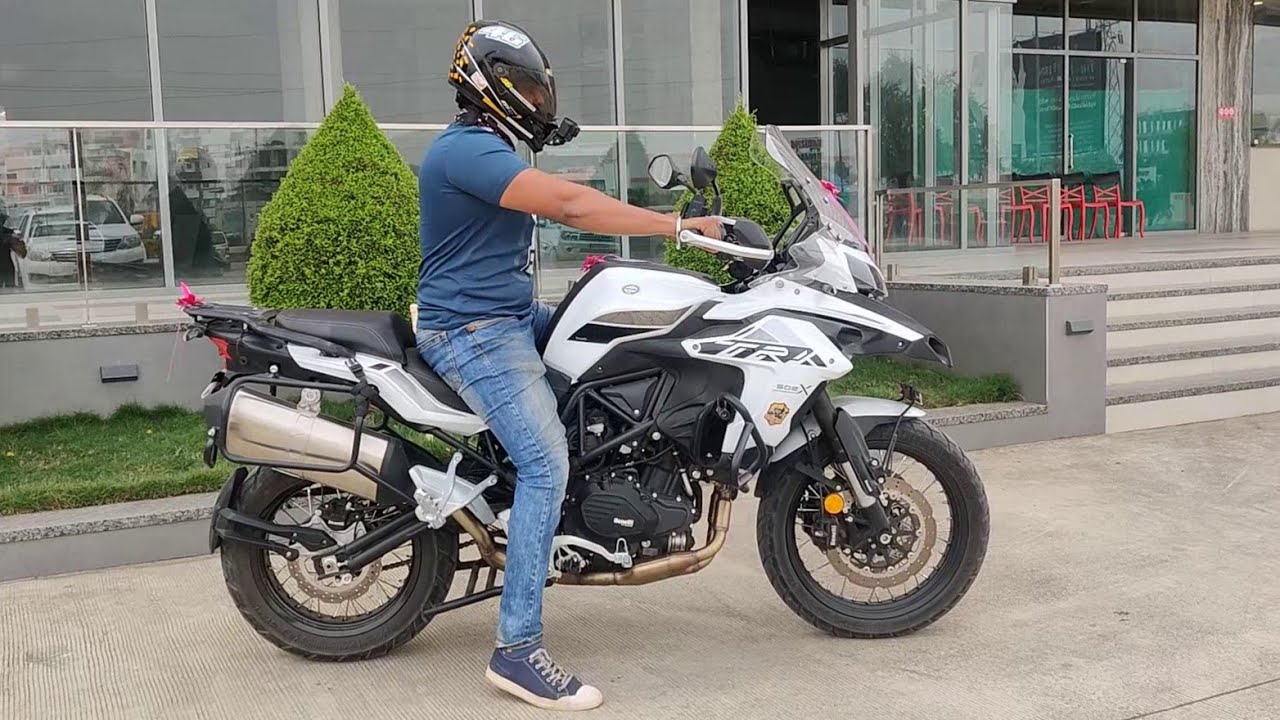 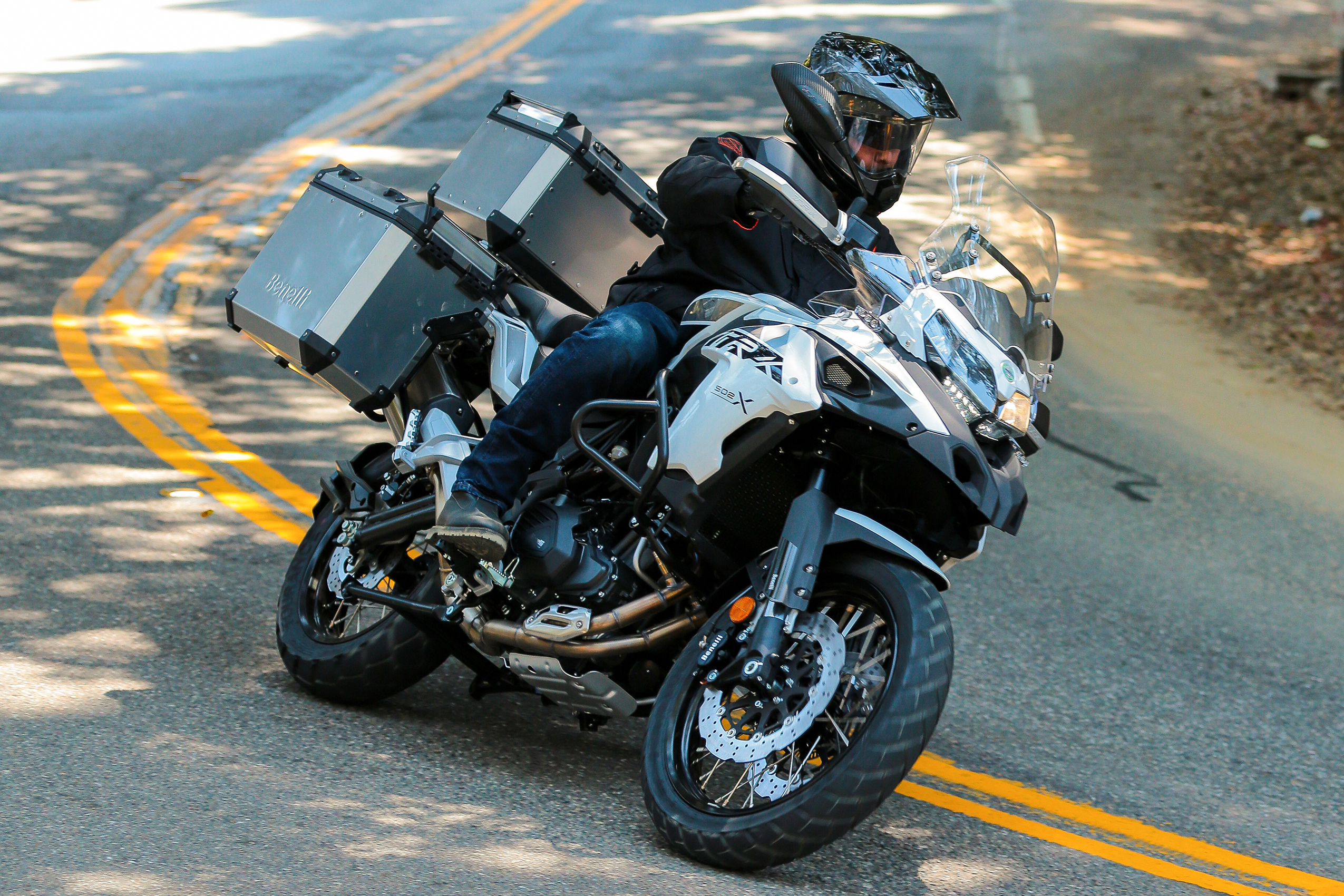 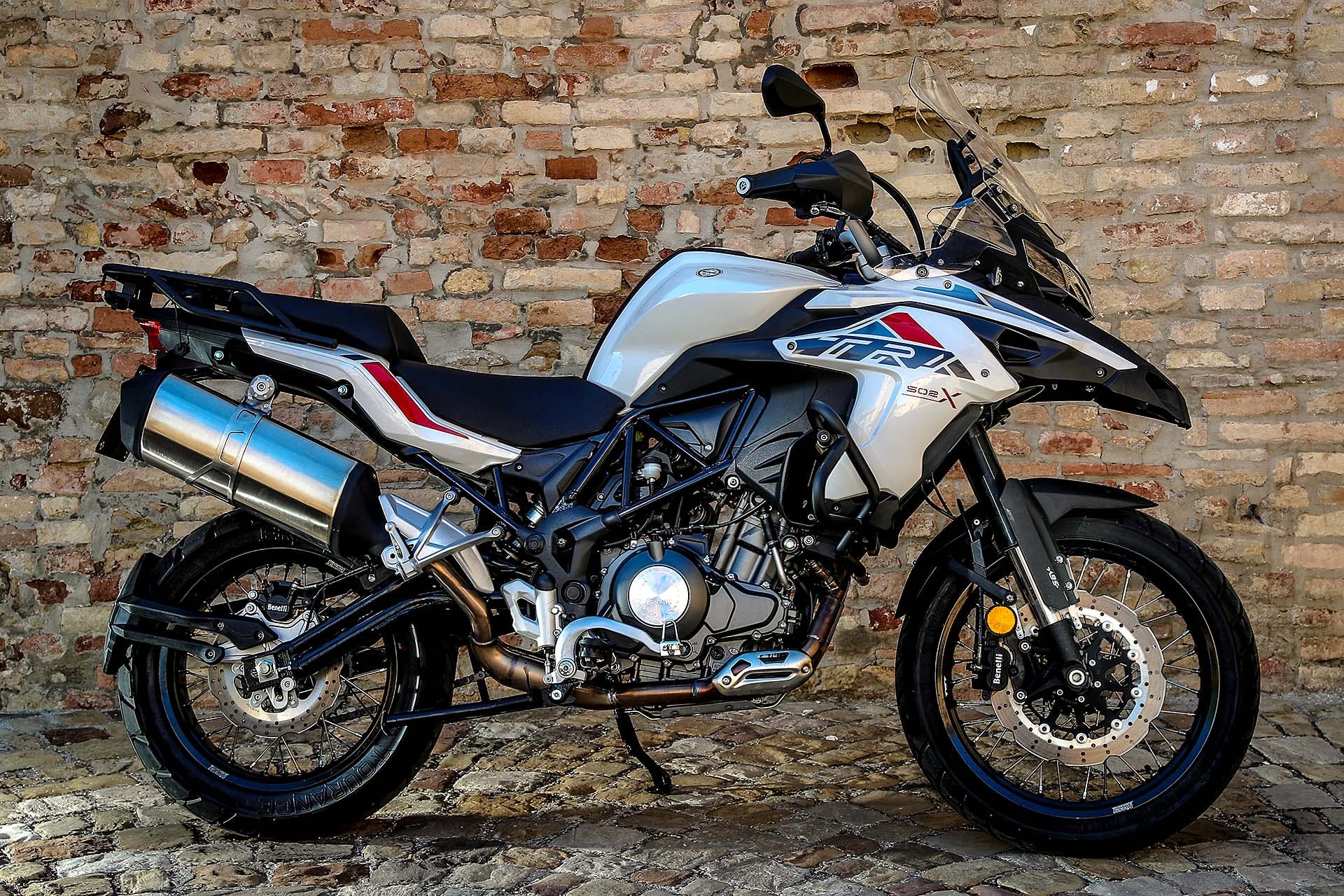 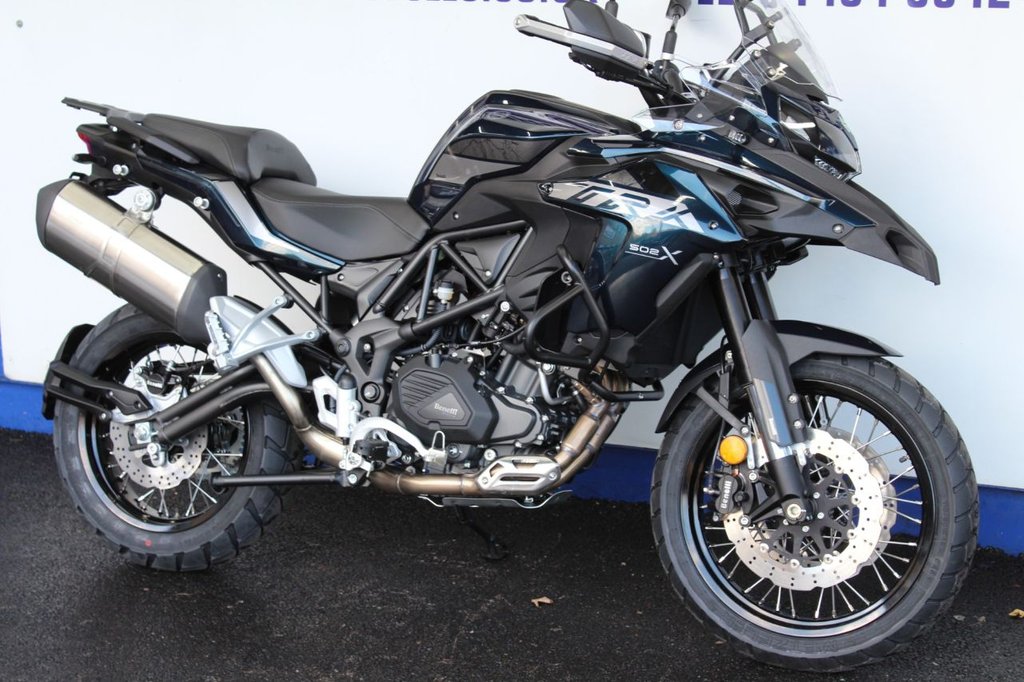