The 2017 Yamaha FZ-07 features the powerful parallel twin engine that has the ability to provide 66.3 hp at 8.920 rpm and torque of 45.7 lb-ft at 6,450 rpm, which is slightly greater than the Harley-Davidson Street Rod. The overall weight of Yamaha FZ-07 is about 387 pounds which makes it much lighter than Street Rod. 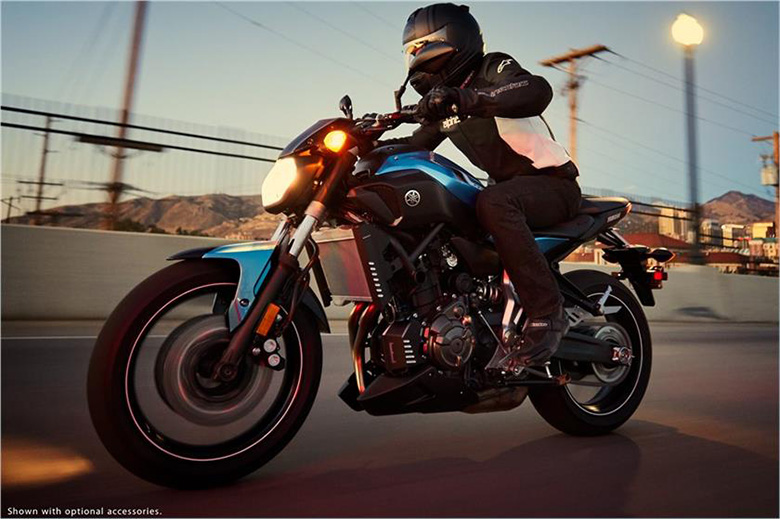 The 2017 Harley-Davidson Street Rod is very famous due to its powerful 750 engine that breathes through its large volume airbox and swaps through the single throttle bodies of 38 mm. It contains the dual throttle bodies of 42 mm as well. The intake ports have been updated and its camshafts have higher lift and have a compression ratio of about 12.0:1. Its engine has the ability to provide the 64.2 hp at 8,740 rpm and torque of 45.1 lb-ft at 4,230 rpm. Its overall design of the 2017 Harley-Davidson Street Rod is very famous for its sportier tones due to its large rear wheel of about 17 inches with a steeper rake angle is about 27 degrees and the stiffer 43 mm fork has been paired t reservoir shocks with 31 percent more travel. Its cornering clearance is about 11.7 degrees on the left side while 8.8 degrees on the right side. Its front braking system contains the dual discs of about 300 mm and the wheelbase is about 59.4 inches. The overall weight of Street Rod is about 509 pounds. 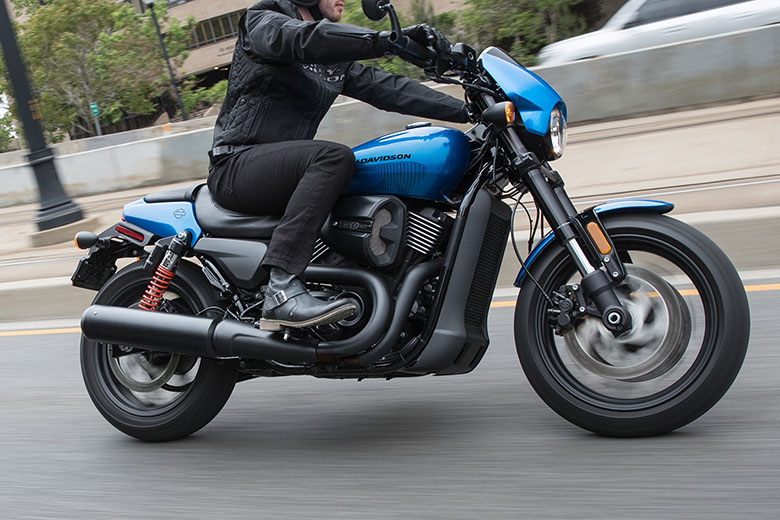 Due to the heavy weight of Harley-Davidson Street Rod, some may notice that on the highway is requires more upper-body strength to ride especially at the exit of a corner. On the other hand, the Yamaha FZ-09 due to lighter weight and more power makes it much simple and easy to ride anywhere on the highway. The Street Rod consist up of fork and shock to support the bumps and jumps on the way. On the other hand the FZ-07 consist up of an added input mounted on its chassis, the Street Rod feels planted and stable but still, it is a sporty bike. The Street Rod engine can be felt on the open roads. The midrange engine output does not feel as stronger as the Yamaha’s engine but at higher performance, one can feel its power. The throttle repose of Harley is kept abrupt and one has to be careful in city traffic. If you look at the comfortable aspect of both bikes, then Yamaha FZ-07 is more comfortable because the footpeg-to-seat gap is not so good in Harley and the seat also does not provides good comfort after 70 plus miles.
If someone wants to have an American Bike, then the probability of purchasing of Harley-Davidson will be high because it will transform the cruiser style to sporty one without losing the special feeling. But one should keep it in mind that it is still not the best option between 2017 Yamaha FZ-07 vs 2017 Harley-Davidson Street Rod. The Yamaha FZ-07 on the other is the best option for those who are looking for the better option in the low price and performance.

This article is all about the comparison review of 2017 Yamaha FZ-07 vs 2017 Harley-Davidson Street Rod and it is covered under www.bikescatalog.com. Both of these bikes feature amazing features but still, the Yamaha took the lead in our comparison test. The Harley-Davidson Street Rod is a good bike with a great history but it is little heavy, not much comfortable and has high price while on the other hand the Yamaha has a low weight, has greater engine output plus it ensures to have a comfortable long distance ride. 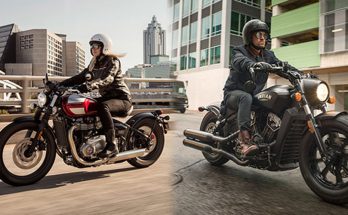 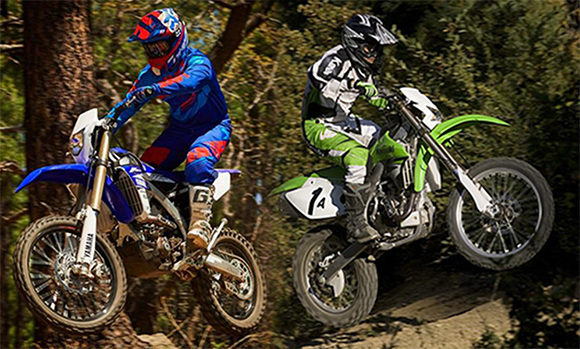