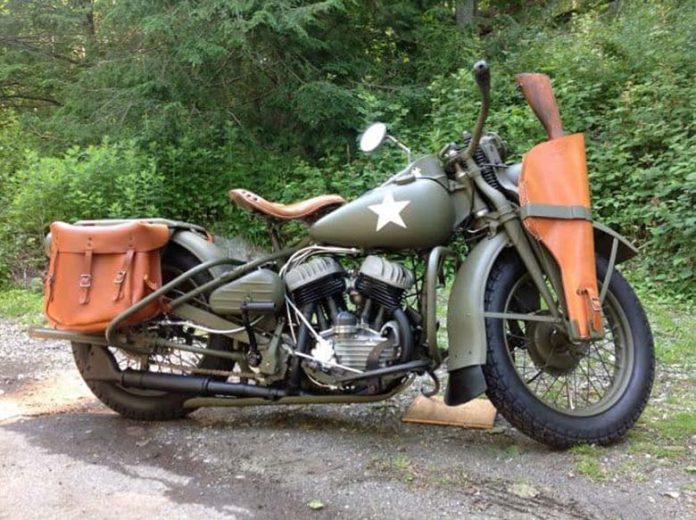 American motorcycles have a long and exciting history. The fierce competition to produce the best bikes has resulted in a strong motorcycle business. There are now champions in racing. Our passion for motorcycles has only grown as motorcycle subcultures have grown in popularity. Although competition from Europe and Asia was fierce, American motorcycle businesses managed to remain competitive. Since the early years when they were manufacturing their bikes, Harley-Davidson and Indian Motorcycle have been fierce rivals. However, new companies have emerged and are now making some of the best American motorcycles of all time. The history of these bikes further fuels our excitement. Check out the Top Ten Interesting Facts about American Motorcycle History. 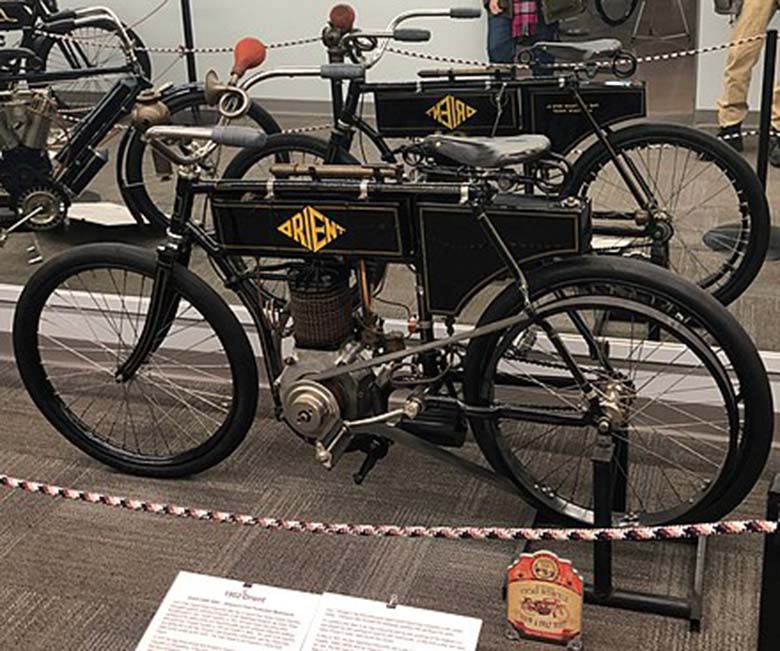 Although Ralph Hamlin was a motorcycle salesman in Los Angeles, he was also an avid racer. It was 1901. Ralph ran a 10-mile run. Apart from this, there were three other competitors. Ralph wins with his Orient-Aster.

One of the first motorcycles ever built was the Orient. It was a single-cylinder motorcycle with a 2.5 horsepower engine. But the Davidson brothers and William S. Harley were about to pounce. The competition was going to be fierce.

Indian Versus Harley – Round One 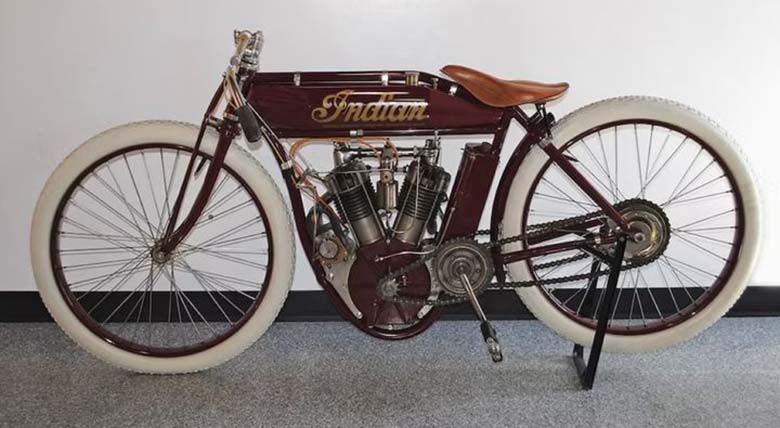 The fight had started. Harley-Davidson’s V-Twin prototype had just made its public debut at the 1907 Chicago Automobile Show. Indian Motorcycle launched the V-Twin Racer two years ago. 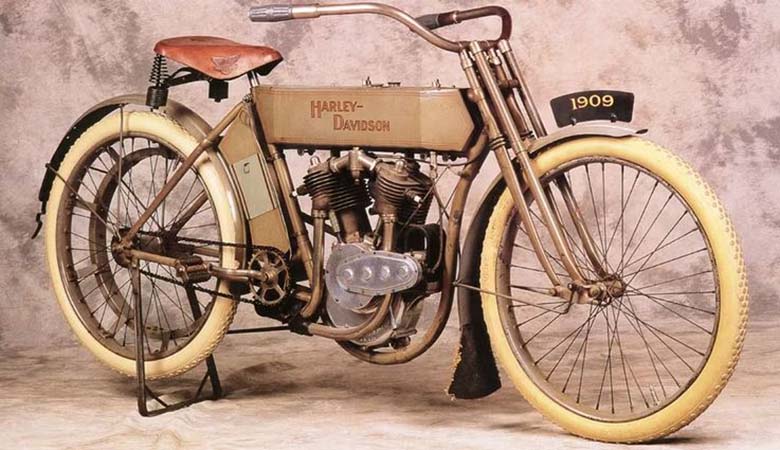 With the 11F, Harley-Davidson revealed its three-speed transmission. However, Indian motorcycles competed with the Power Plus engine, which helped record-setting racers like Aaron “Cannonball” Baker. 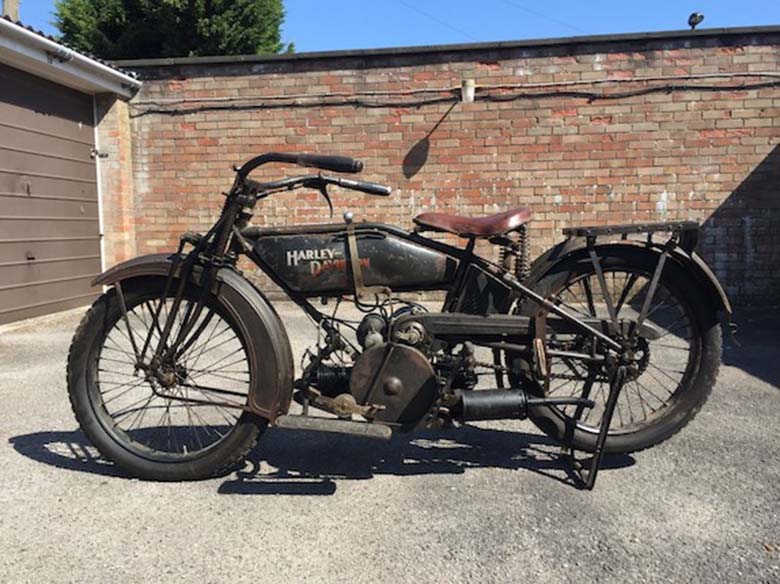 Indian Motorcycles responded to the Harley-Davidson KW “Sport Twin” with a flat-twin engine and a trailing-link fork by releasing the Indian Scout and later the Indian Chief. However, Harley Davidson wasn’t done yet. 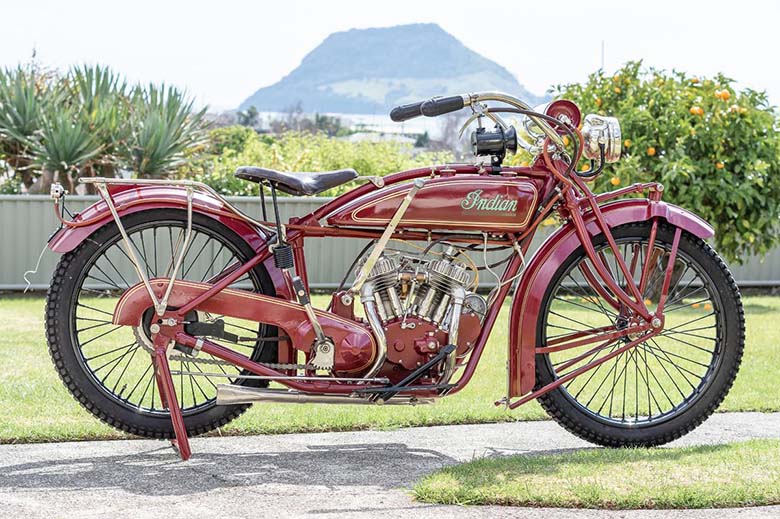 Travel back in time to the 1930s, when Harley-Davidson introduces the Knucklehead. The unreliability of the old side-valve engine encouraged the development of its overhead-valve V-Twin. 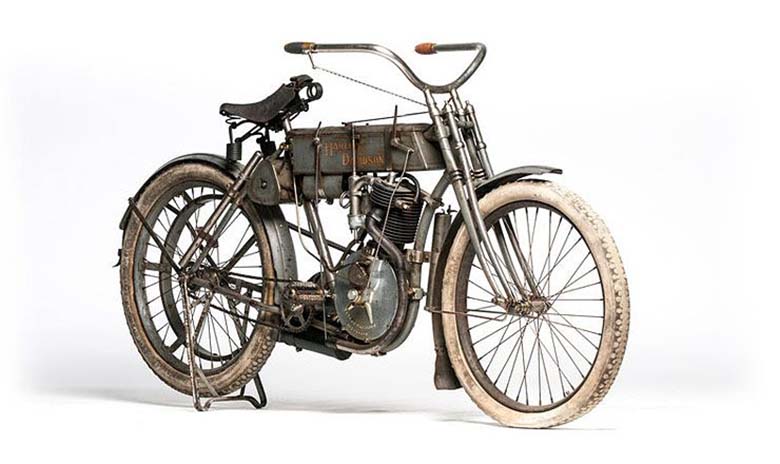 While Harley and Indian may be bitter rivals, other businesses also vied for attention. In 1915, the Cleveland Motorcycle Manufacturing Company was established. Cleveland produced 40,000 motorcycles between 1915 and 1929. The 13.5 cu in two-stroke was his first vehicle. Unfortunately, the corporation was destroyed by the stock market crash of 1929. 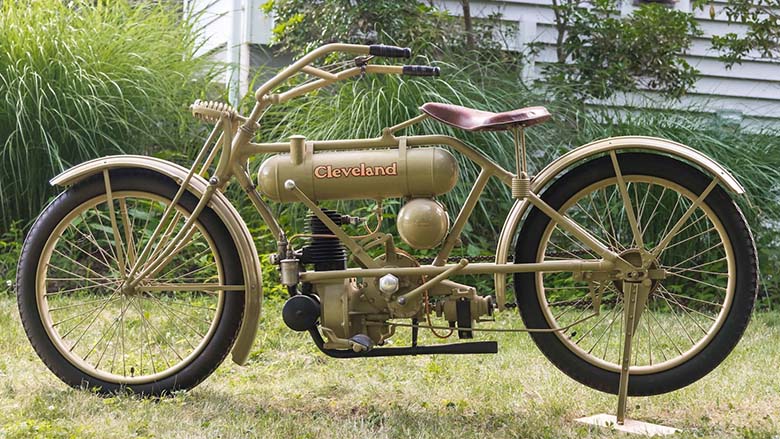 Born in Minnesota, Wagner Motorcycle Company was founded in 1901. A 1907 advertisement for the business described one of their rides as having single grip control, three horsepower, and a top speed of 4 to 40 mph. When you look at their bikes, you immediately see the “loop frame” with the engine underneath. 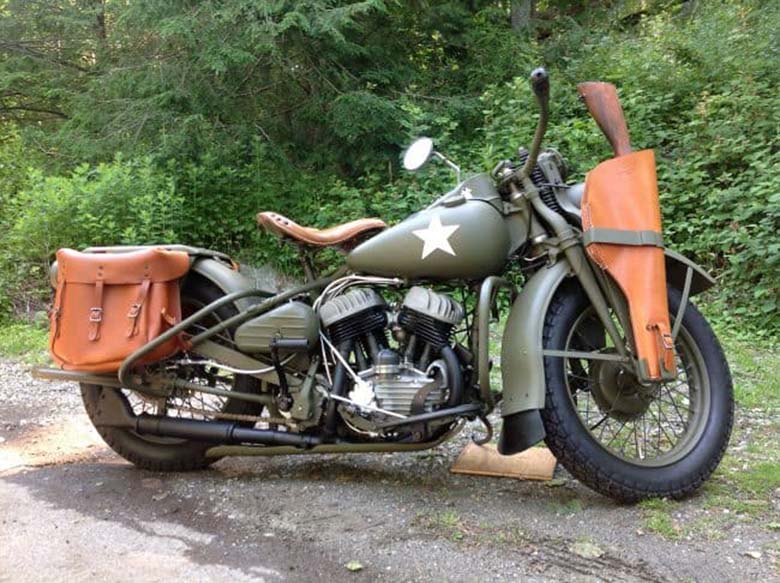 The war effort relied heavily on motorcycles, especially for sending messages and small supplies. The US Army even requested a motorcycle manufacturer like Harley Davidson to build a bike for them. The Harley-Davidson XA in 1942 was the result. Its 45-cubic-inch side-valve opposed-twin engine was designed with inspiration from the BMW R71. 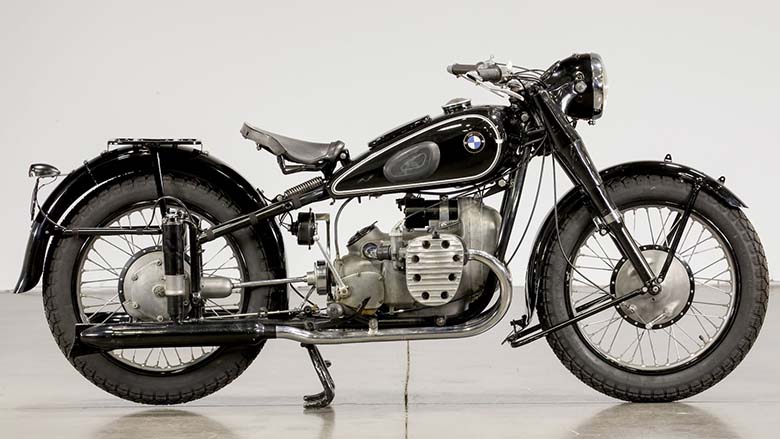 Motorcycles were also supplied by Indian Motorcycles for the First and Second World Wars. During World War II, one such motorcycle was the Indian 741. The side-valve V-twin provided 30.5 cu in power.

The Rise Of Motorcycle Gangs 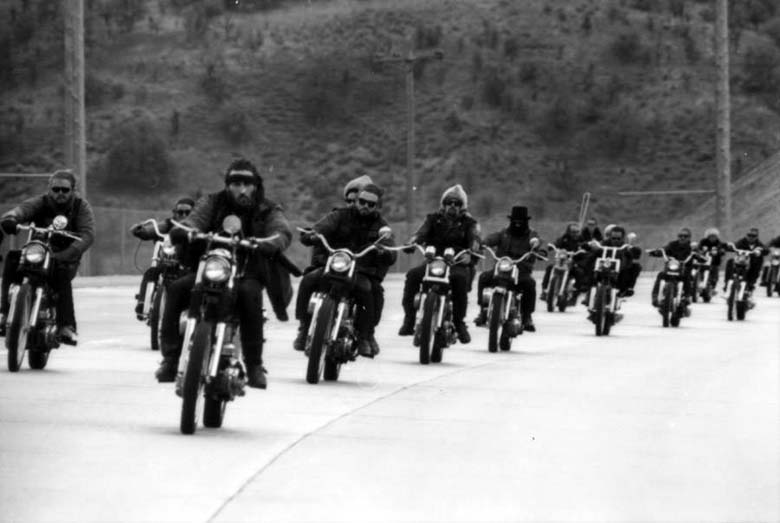 In addition to having a global impact, World War 2 left many soldiers fighting an internal war. Often, the conflict goes unnoticed and unacknowledged. Veterans can gain a sense of community and the opportunity to interact with others who share their interests by joining a motorcycle gang. 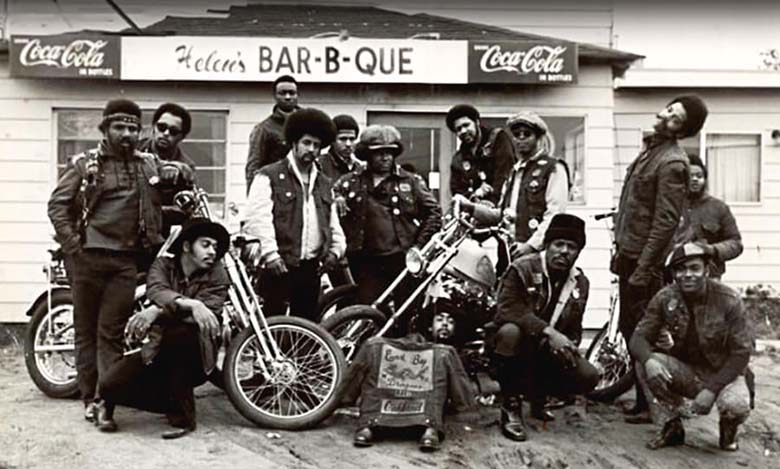 Similarly, gangs of motorcycle thieves also started appearing. With their fleet of vehicles, including motorcycles, the police retaliated. The police were getting motorcycles from Harley Davidson and Indian Motorcycles. Notably, Harley-Davidson gave the Detroit Police Department its first motorcycle in 1908.

The Legend Of The Chopper

The freedom of riding on the open road is an aspect of motorcycle culture that is difficult for outsiders to understand. The chopper, which originated in California and represents the freedom of personal expression through bike modification, has captured the hearts of countless chopper enthusiasts since the 1950s. 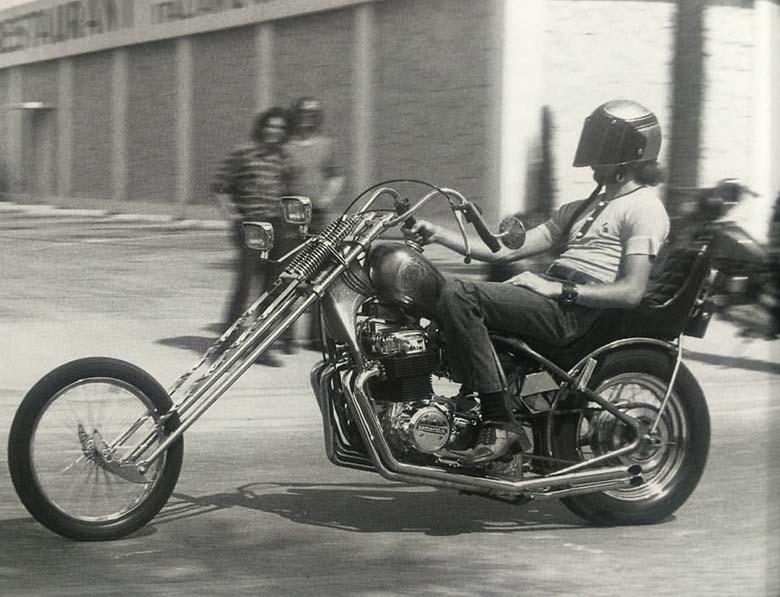 When people think of chopper motorcycles, the movie Easy Rider often comes to mind. Seeing Peter Fonda riding the “Captain America” motorcycle on the open road made many people fall in love with the chopper.

Harley Davidson and Indian Motorcycle had fierce competition on the race track. Racing enthusiasts were inspired to break records in the 1910s and 1920s. “Hogboys,” a hog or pig symbolizing Harley’s famous racers in the 1920s. It is where the word “hog” first appeared for the Harley-Davidson motorcycle. 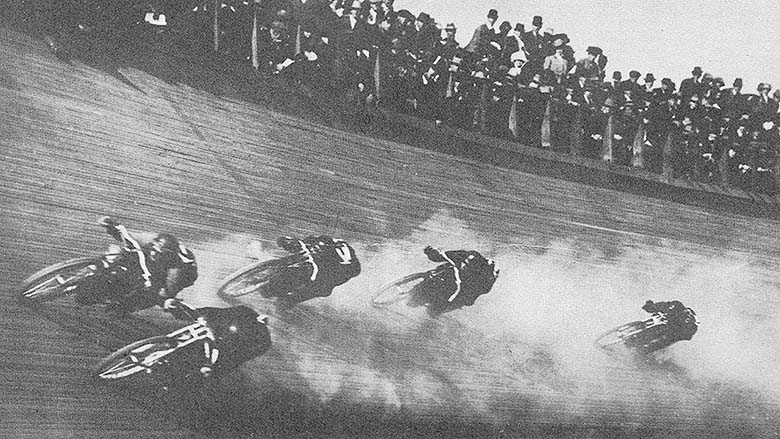 The Rise Of Japanese Motorcycles

Indian Motorcycle production ceased in 1953. The 1953 Indian Chief was one of his last motorcycles from that time. Harley-Davidson remains a strong contender. Harley-Davidson had ambitions for the XL Sportster. However, a fresh competitor was also gaining ground. 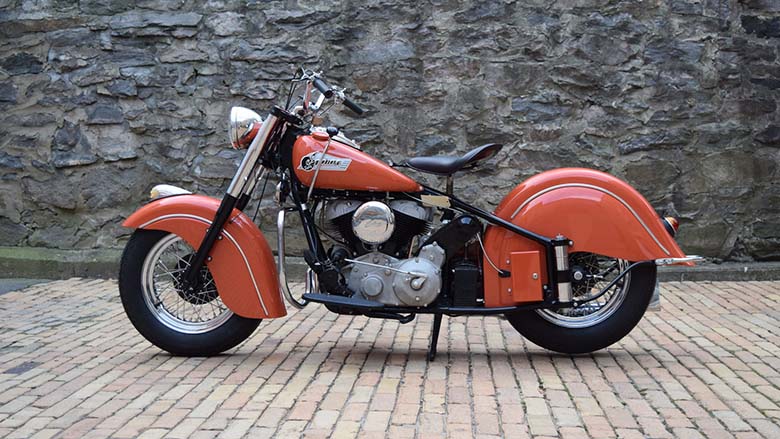 The influence of Japanese motorcycles on the American market is impossible to ignore. Harley-Davidson tested the effect. They produced a series of small 2-stroke bikes in the 1960s in response to the rivalry. 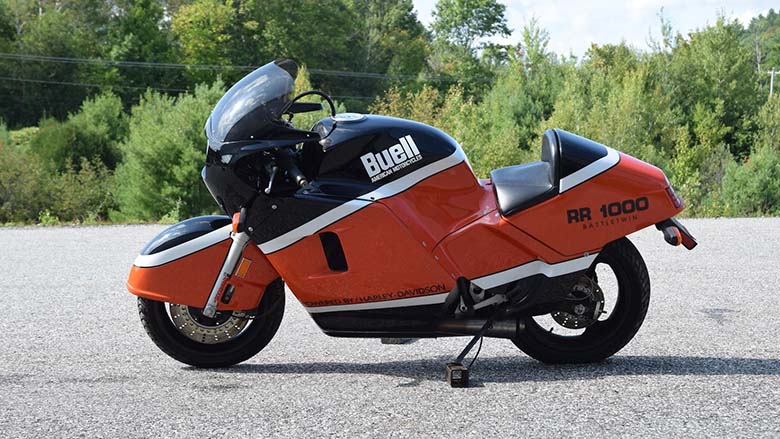 There was expected to be a proliferation of rival American motorcycle companies. Some businesses, such as the Buell Motorcycle Company, pioneered the technology of superbikes. On the other hand, American manufacturer Boss Hoss is known for making powerful bikes with V8 engines. Take a look at the Boss Hoss Gangsta Trike for 2020.

Long and rich with racing achievements and incredible motorcycles, the history of American motorcycles is fascinating. Our favorite American rides are built from the dirt of the past.