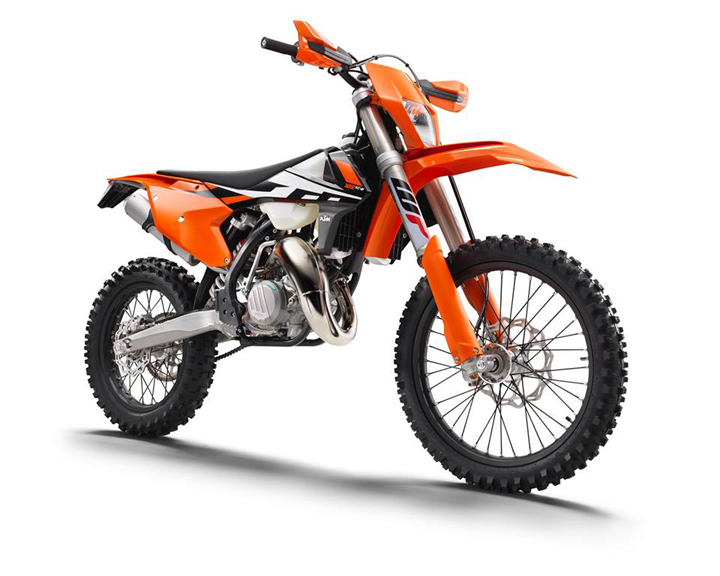 The new 2017 KTM 300 EXC comes with the powerful engine of 300 ccs which delivers quite an incredible torque and impressive acceleration. The engine of the new 2017 KTM 300 EXC comes with the modified shaft arrangement for better mass centralization. The engine has the all-new cylinder with the twin-valve controlled power valve which has the new counter balance shaft for less vibration of the engine. The engine of the bike has an all-new electric starter which has the new six transmissions and the incredible hydraulically operated DDS clutch. The engine has the amazing 2-stroke technology. The bike comes with the newly developed cylinder with the bore ratio of 72 mm which has new ports and is attached with the overhauled power valve system. This system contains the best mechanism for the lateral support exhaust ports which delivers the smooth and controllable power on tap. 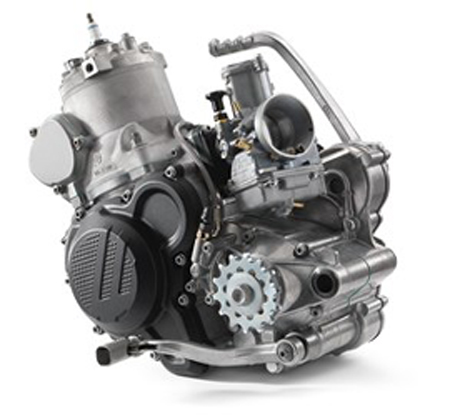 The bike has the number of different tracks and preferences for grabs. The engine has the all-new lateral cylinder head brackets which allow for the most efficient fixation of the engine to the chassis via two lightweight head stays, which plays a significant role in the reduction of vibration. The new 2017 KTM 300 EXC bike has the all-new die-cast engine cases which contain the 8 mm higher clutch shaft with the 27 mm more top crankshaft; it will result in better mass centralization. It also allows the implementation of the counter balance shaft. The redesigned engine covers give an impressive look to the bike, and they stay clean for a long time. The new 2017 KTM 300 EXC dirt bike comes with the stroke ratio of 72 mm. The crankshaft of the motorcycle is rebalanced, revamped and set-up with the counter balance shaft to minimizes the vibration level. The bike has the heavier ignition rotor which will help in a maximization of traction. The dirt bike has the new engine design which results in the lateral counter balance shaft and it also helps in the reduction of vibration. The all-new engine is equipped with the new electric starter which allows for a smooth start to the bike, and it gives more comfort and less fatigue. The new dirt bike comes with the new powerful lithium ion battery which provides enough amount of power to the motorcycle. 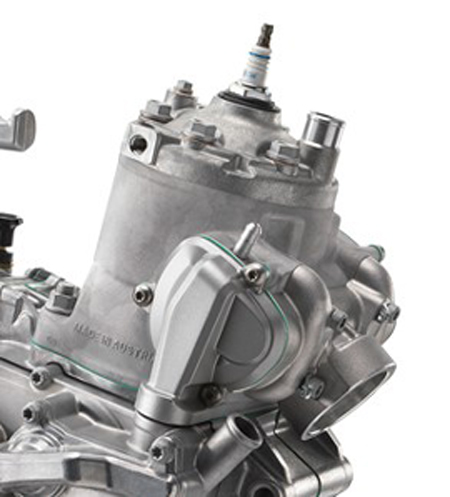 The new 2017 KTM 300 EXC comes with the new MIKUNI TMX carburetor which has the 38 mm of flat slide carb which provides smooth and controllable power. The new dirt bike has the all-new six speed Enduro gearbox which has the same gear ratio as its predecessor, plus is gives more precise and smooth shifting. The bike has the new expansion chamber for maximum power. The dirt bike has the 3-D production process which ensures the higher precision. The dirt bike has the all-new DDS clutch which has the new wear-free steel basket and the extremely heat resistant clutch plates. The intelligent design of the diaphragm spring gives easier clutch action, and it also leaves enough space for the damping system to be integrated into the clutch hub. The goal of the KTM engineers to gain maximum durability.

The new 2017 KTM 300 EXC bike comes with the incredibly lightweight and compact frame and slim design. This dirt bike is considered to be the lightest and thinnest dirt bike of all time. The dirt bike has the high-tech lightweight chrome-moly steel frame which has a knack for easy handling, excellent rideability, accurate cornering and maximum stability. The all-new 2017 KTM 300 EXC comes with the high torsional rigidity and low longitudinal stiffness. It will not only result in better absorption of the energy which is created from the front and rear suspension sucking up jumps and bumps. In other words, a rider will have more comfort and less rider fatigue. The dirt bike has the laterally attached lightweight engine head which contributes to the reduction of the vibration level. The chassis of the new 2017 KTM 300 EXC is almost a kilogram lighter than the other bikes, and it also contains the sub-frame made up of the solid aluminum profile. The new bike has the optimized position of the PDS (Progressive Damping System) shock which provides even more gradual action.  Moreover, the cast aluminum design ensure the lower weight and excellent flex behavior. It has the all-new pegs which are 6 mm higher than the ones which were used on SX version. These pins give good ground clearance. The KTM engineers made the high-strength aluminum handlebar which was made by NEKEN. The new generation of the forged triple clamps is fitted with the offset of 22 mm that guarantees an accurate handling. The handlebar has the feature that it can be moved in three different positions according to the situation. 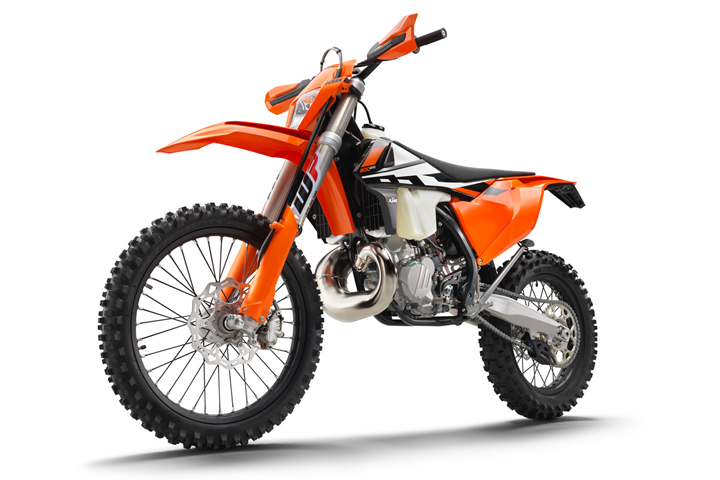 The new 2017 KTM 300 EXC dirt bike comes with the all-new WP XPlor 48 upside-down fork which is the split fork developed by the WP. It is fitted with the spring on both sides but contains the distinct functions for each fork leg. The compression damping is attached on the left side, while the rebound is on the right side. The forks can easily be adjusted just by the twist of the dial on the top of the fork tubes. The longer and sealed hydro-stop ensures the maximum resistance to bottoming out. The new XPlor 48 fork comes with the wheel travel of 300 mm which gives the excellent response and damping characteristics. The rear suspension of the dirt bike contains the WP XPlor PDS which provides good response. The PDS is directly connected to the upper side of the swingarm, without any need of linkage system. This system offers the best possible geometry, and it also provides more aggressive damping. The diameter of the piston was reduced from 50 to 46 mm for reduced weight, and 2.5 mm reduced the overall length, and the shock stroke shrank by 4mm. It is installed 5 mm closer to the centerline, which means to have symmetrical loads for the swingarm and the chassis and more space for the exhaust system. The new 2017 KTM 300 EXC comes with the high-tech Brembo brakes which are combined with the lightweight wave discs. The rear brakes contain a 10 mm longer brake pedal which is connected to the smaller caliper piston for maximum modulation. The steel-flex brake hose for better protection tube with an integrated channel for the speedo cable.

The all-new 2017 KTM 300 EXC dirt bike comes with the Kiska Design. Basically the main objective of the KTM designer was to create the harmony between the dirt bike and the rider. So the outcome was perfect ergonomics design and contact points that provide maximum freedom of movement. The dirt bike has the low seat height and sweet comfort. The I-beam structure of the front and rear fenders are the best examples of intelligent design which ensures the maximum stability and superb handling. The new 2017 KTM 300 EXC comes with the amazing graphics which stay cleaner for the longer time. This bike is really for the champs only. 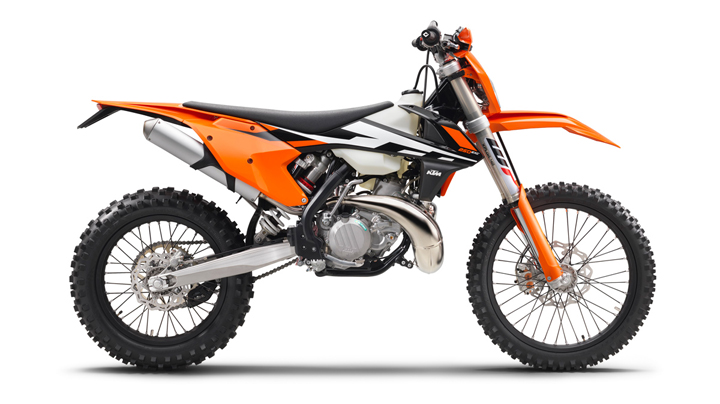 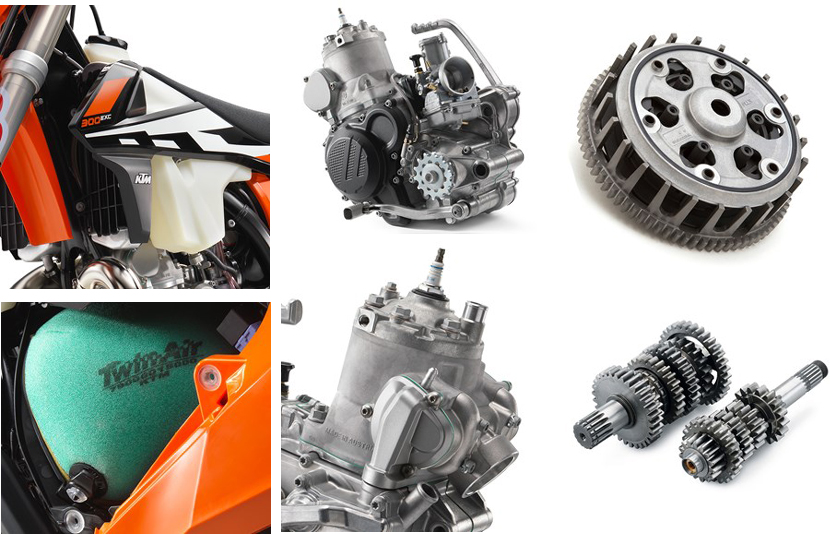 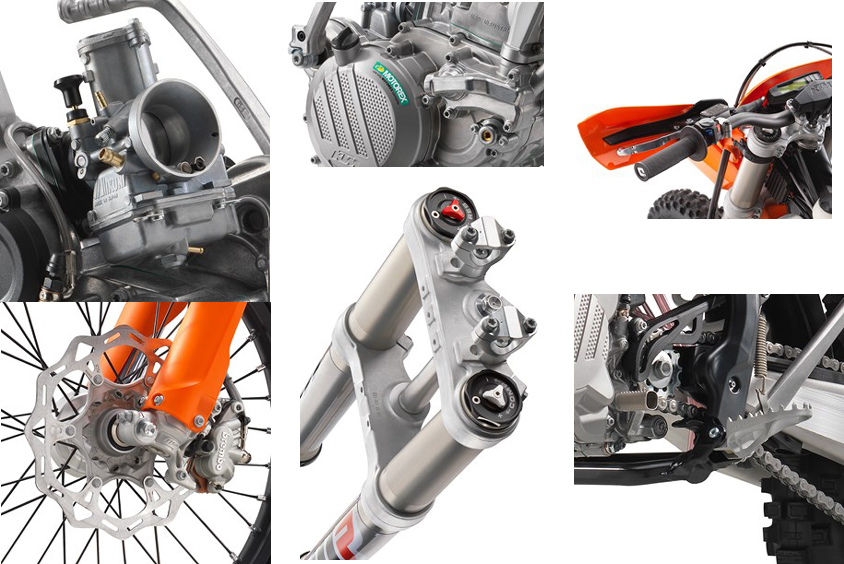 The new launched 2017 KTM 300 EXC is an excellent Enduro bike with impressive classical design, and powerful 300 ccs engine, its review with the specifications are written under www.bikescatalog.com.

This article provides the complete review and specifications about the newly launched ideal Enduro bike by KTM Company. 2017 KTM 300 EXC is the fantastic enduro bike which has outstanding features and has an excellent suspension, better exhaust, and best braking system. The design and graphics of the 2017 KTM 300 EXC are mind blowing, so purchase this new 2017 KTM 300 EXC dirt bike as soon as possible. Enjoy the ride of new 2017 KTM 300 EXC bike on competitions without any fear and come back later for more details about some other bikes in the shape of reviews and discussion and leave your comments here.