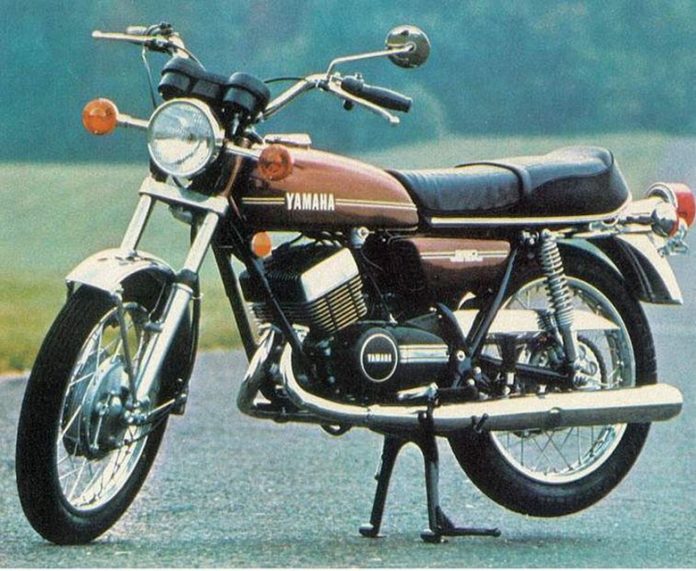 The explosive power bands, the screaming emissions, and the faint stench of blue smoke that caused the change in the first place from two strokes have all been given a modern overhaul on Langen for 2021. But it did not stop us from recalling when expulsion restrictions were a concern for the future, and loud voices were associated with pleasure rather than annoyance. Following is the list of Top Ten Two Stroke Bikes Delivering Above Power-to-Weight Ratios. 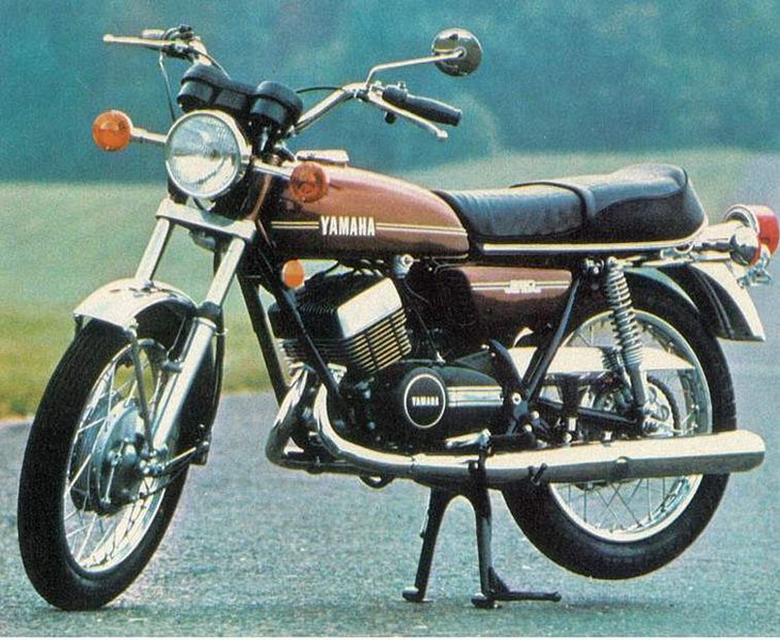 Yamaha is known more closely than any other Japanese brand for two strokes – and often with twins. The 1970s RD250 is perhaps the essential Japanese brand’s two-stroke road bike.

With the 1976 RD250C, it was redesigned into its famous, angular, ‘coffin-shaped’ shape, symbolizing 1970s Ford Capri, Oxford bags, and the robots.

Then it got even better. The 1977 250D got wired replacement (optional) cast wheels, a disc instead of a brake on the back of the drum, and a revised seat/tailpiece, while the 1978 E had a mixture of electronic ignition and optional red, and the last 1979 F dog. Found – Leg lever. 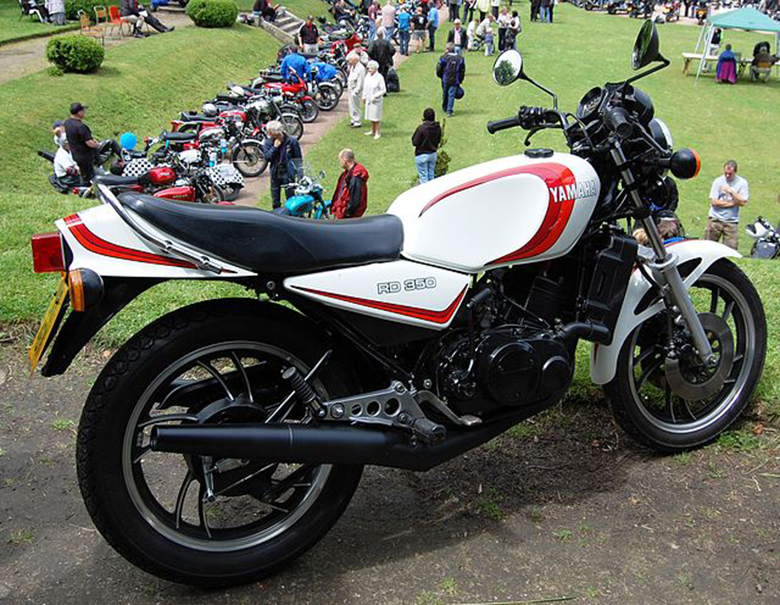 Yes, this is a well-told story, but the 250 Strokers, which was fantastic and excellent for repealing the 250 Learning Law, must be mentioned here.

The LC, the successor to the RD250, was designed to regain the crown of performance from Suzuki’s 1978 lightweight GT250X7. 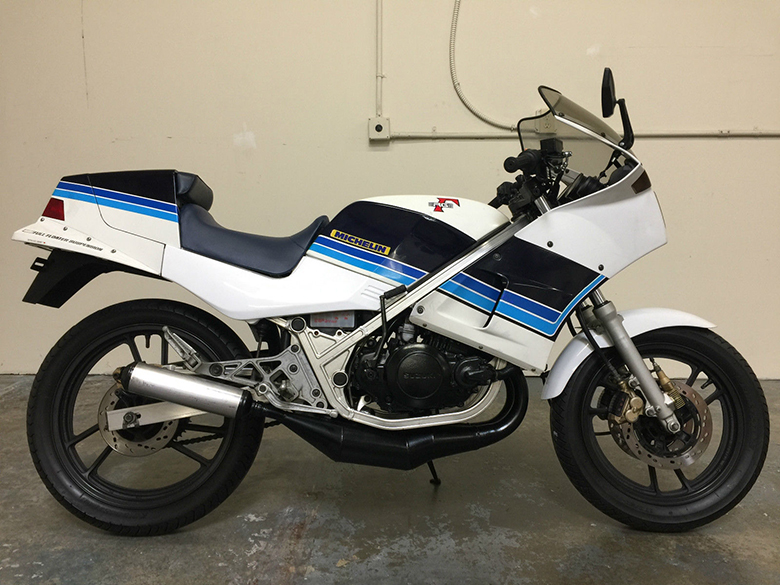 Suzuki’s response to the RD250LC was about the same as the RD250LC’s – almost, but not enough.

The successor to the GT250 X7 was awarded the Gamma Maniker in honor of the then Suzuki World Championship RG500 Gammas, and it was, in many ways, a replica of the first real racer and a quantum jump on the 250LC.

Its liquid cooler 247cc twin produced 45bhp; its lightest, box-section aluminum frame and full floater rear suspension were also the foremost. It had rear and front disc brakes, and perhaps most importantly, it Snatched GP-inspired bodywork and network. A stylish frame-mounted firing. 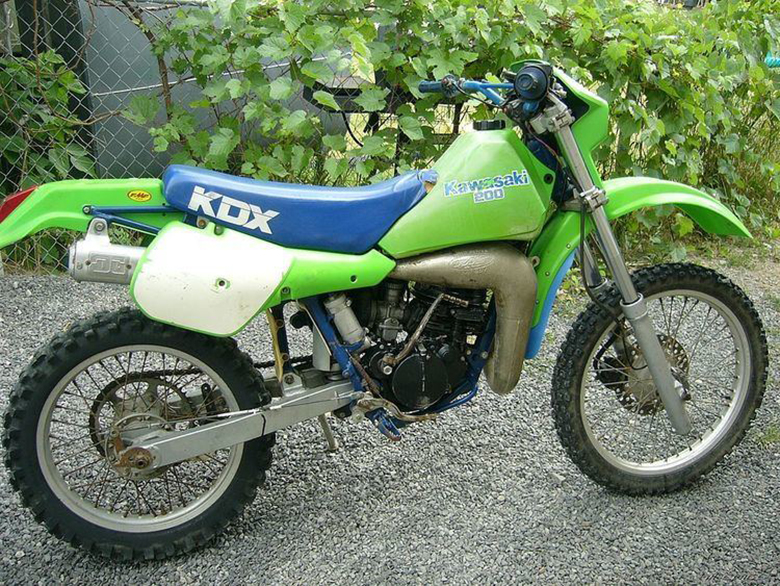 Full-bore-minded motor crushers, such as Yamaha’s YZ465 and Honda’s historic CR500, were rejected because the road was legal. Soft trail bikes, such as Yamaha’s DT175MX or Suzuki’s TS250ER, were attractive in the 1970s and early 1980s. Also considered were classic trial strokers of the 1970s, such as OSSA’s Mick Andrews Replica (MAR) or the legendary Montessori 247 Cota.

Ultimately, we chose Kawa’s long-awaited, road-legal endorsement, which put an end to the novice’s extraordinary feat of being able to win a friendly and professional competition.

Its 198cc Stroker single-engine offers the ideal balance of flexibility and performance. It was light and dangerous yet mature, practical, simple, and economical. 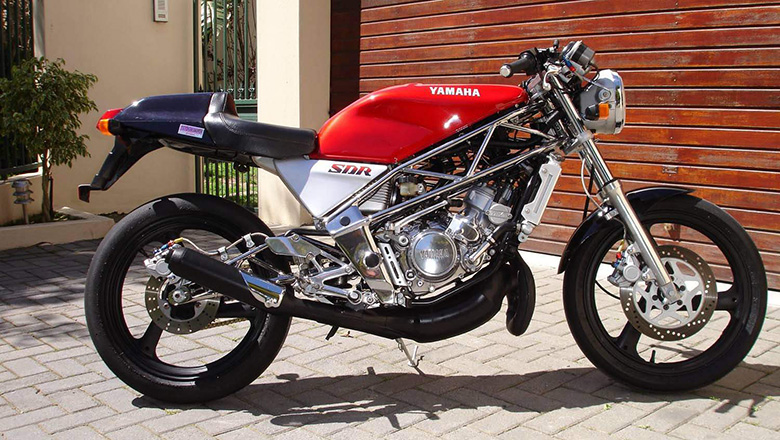 Yamaha’s Featherweight Ultra Slim SDR – dubbed “The Whippet” – is a perfect example of the ability to maximize two strokes while losing weight.

The SDR was powered by the 35bhp version of the Liquid Cold to Stroke Single from the DT200 trail bike but was housed in a bespoke, minimalist tubular steel trail frame with a seat and slimline tank. It was intended for the local Japanese market but was made in the UK as a ‘gray import,’ as was the exotica in the early 1990s. 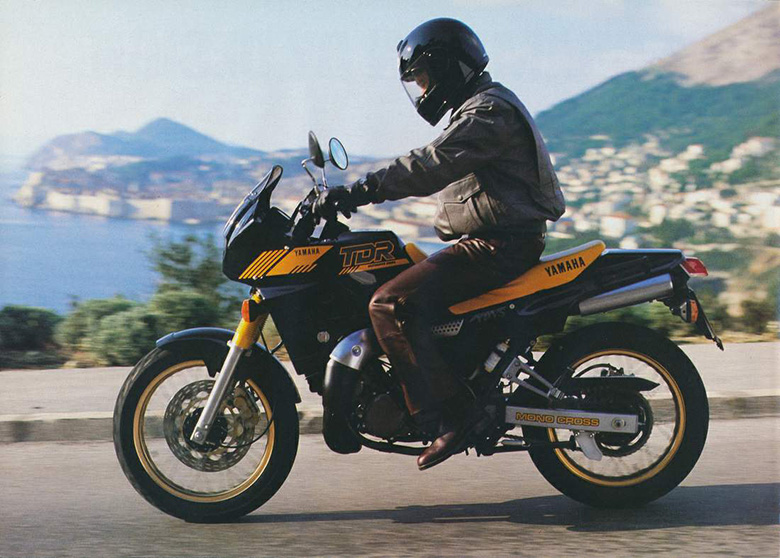 Another wonderful light-hearted two-stroke reflects Yamaha’s desire to step back with something out of the ordinary.

The Yamaha TDR250 TZR250 sports stroker was a street-style ‘supermoto’ version of the Twin, with a screaming 46bhp, extremely agile handling, and a straight, semi-motorized cross-currency and style that knocked out every hooligan riding on it.

With the lower seats, seven years before the emergence of the Ducati 916 and a super-motive attitude before the Super Moto was caught, it was in many ways years ahead of its time. 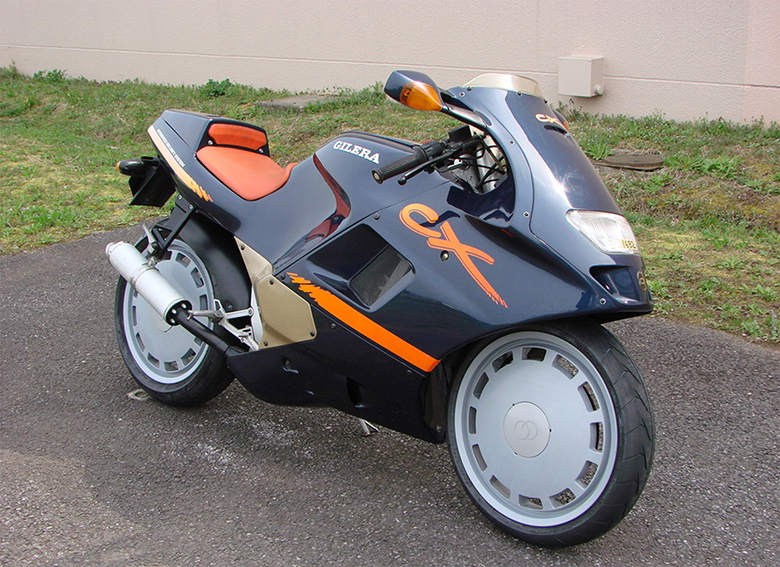 Of course, you didn’t have to get 250 to enjoy the benefits of two light strokes, and the number 125 during the 1990s was something that threw dust in our eyes.

During the golden age of sporty Italian 125cc strokers in the early 1990s, Galleria’s strange but remarkable CX 125 stands out for its distinctive (excellent) style and style (the jury is over 30 years old …).

CX was unveiled in 1989 as a prototype at the Milan show, and few people expected it to go into production – yet it did. It was designed by Federico Martini (who also created the powerful Bimota DB1) and – literally – for its unusual one-sided arm suspension front and rear, which gives the impression that the wheels are Not at all connected to the right. 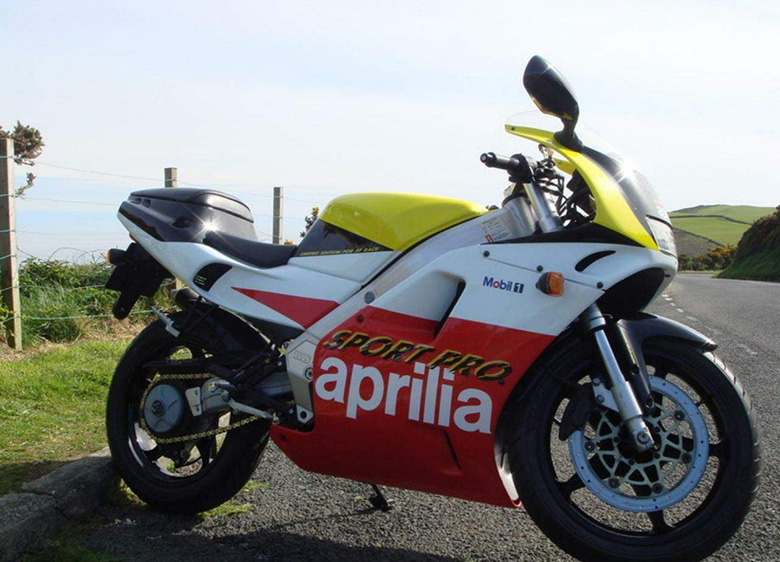 Although Galliera’s CX125 was chosen for its unique styling and suspension, Italian 125cc sports strokers deserved the same in the early 1990s.

The Gilera had its GP-01, the Cagiva had its own famous, stunning Ducati 916-aping Mito (some of which had seven gears, so it should have been faster), but Aprilia AF1 1992’s highest spec ‘Sport Under the guise of ‘Pro’ was our favorite.

Simply put, it had everything. In the power band on the edge of the knife, its roaring liquid cold stroker produces a spectacular 33bhp. It includes an aluminum twin spare chassis, single-sided swing arm like RC30, inverted fork, Brembo brakes, thick tires and GP bodywork. 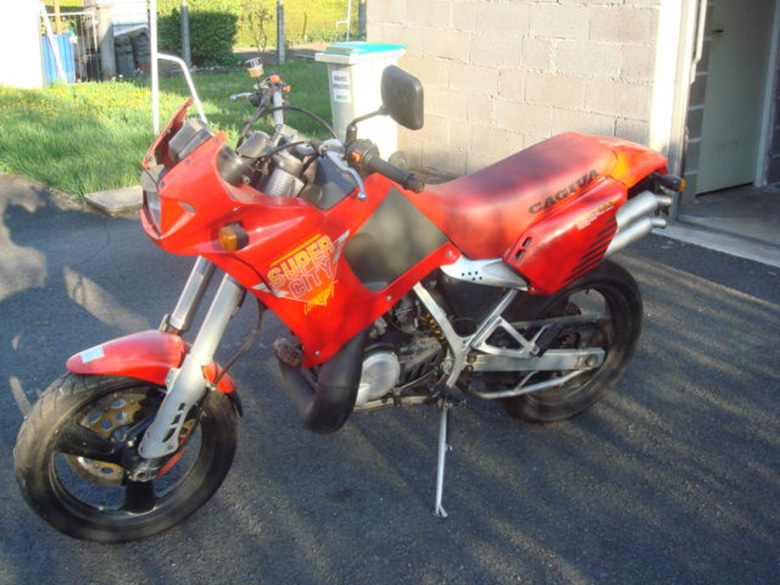 Although we’ve ranked the Cagiva Mito 125 second only to the Aprilia AF1 in terms of the Sports Stroker 125s, it does have a sibling bike that deserves to be included.

The Yamaha TDR250 four years ago was just a 125cc single-cylinder version of the 1992 Super City 125. Still, it was a straight 125 to delight learners, soaked in Italian exotica and our opinion looks better.

It was, in many respects, the Perfect Learner 125, which had all Mito’s performance – 30bhp available, 15 if you were working legally – and just like high-spec bicycle parts, but a straight, road in abrasive form. 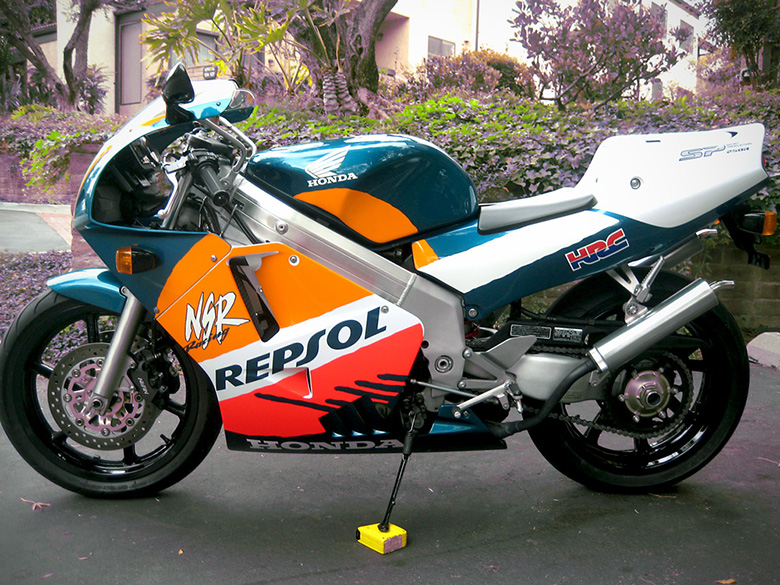 The Suzuki 1983 RG250 impressed a whole generation of twin-cylinder GP Replica sportspersons who filled the streets and race courses for the next dozen years with a reputation for screaming, hooliganism, and low-budget thrills.

It also gave birth to the ‘Gray Import,’ which saw the Suzuki RGV250, Kawasaki KR-1S, and Yamaha’s TZR250 make their way onto the UK roads. Honda’s unique NSR, especially the mouth-watering repetition of Honda’s V-twin, topped the group.

The initial NS250R (with internal reference to the MC11) was released in 1985 as a junior version of the NS400, but things moved faster. In 1987, the brand new NSR250R (MC16) was released, featuring an alloy twin-spar frame and cassette gearbox.

The MC18-I, with computer-controlled induction, arrived a year later. The face-lifting MC18-II arrived in 1989. And came in 1990 with stunning MC21, ‘glamor’ rear suspension, and a more modified design.