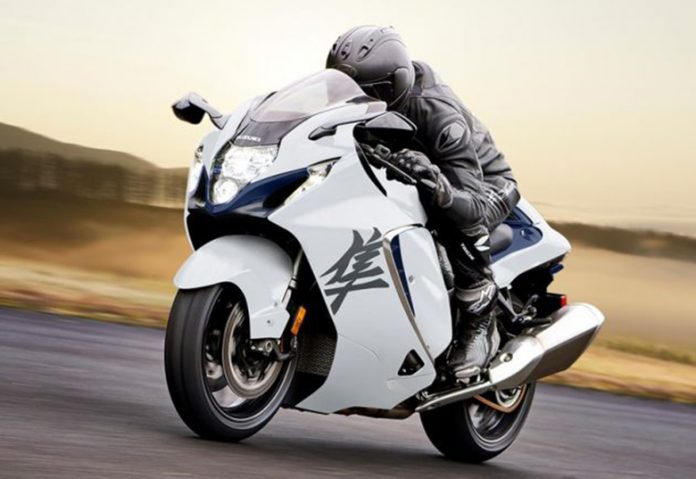 With the introduction of the much-anticipated, substantially updated Suzuki Hayabusa, we’ve been thinking about the original and what the new version must provide.

After all, the original GSX1300R Hayabusa, released in 1999, was a genuine ‘game-changer,’ completely rewriting the boundaries of motorcycle power and speed to the point that it ushered in a new age of agreed-upon speed restrictions to avoid anticipated government interference.

The ‘Busa’s all-new 1299cc four-cylinder engine outpowered Honda’s reigning speed king, the CBR1100EX Super Blackbird, by almost 10bhp. While the Suzuki’s innovative, unique aerodynamic design, coupled with a short, low nose and faired-in seat cowl, enabled it not only to take the production motorcycle speed record — it shattered it by a full 14mph.

It was such a giant leap that it put a stop to the race between the manufacturers. The new record set by ‘Busa has manufacturers worried about a regulatory reaction in Europe. As a result, in 2000, an informal agreement was reached between Japanese and European manufacturers to limit their machines to 300kph (186mph).

But the ‘Busa was much more than ‘just a speed demon; its substance and timeless style drew legions of dedicated fans, which helped it endure for a full 20 years, with the aid of a few upgrades along the way. At the same time, this newcomer guarantees that the legend will go on for many more years.

However, you may be wrong if you believe you already know all there is to know about the ‘Busa. Here are our top ten facts about Suzuki’s speed demon that you may (or may not) know.

It wasn’t designed to be the fastest in the world 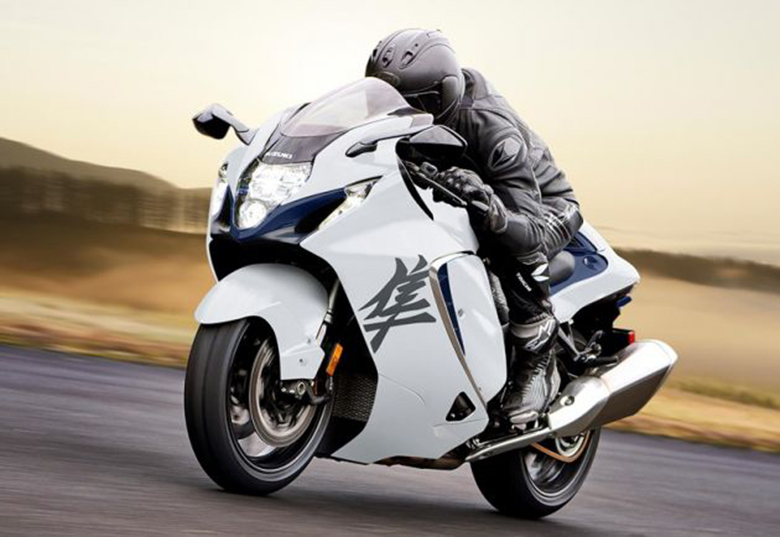 The First ones were Faster

Because early Hayabusas were not limited, they could reach speeds of up to 190 mph. Early, unrestricted ‘Busa’s often clocked high 190s, if not higher, at the timing strip. The fact that the bike’s analog speedo read high’ meant over 200mph was frequently observed just contributed to the vast Suzuki’s wicked image.

It was a ‘Blackbird Eater’ in the literally 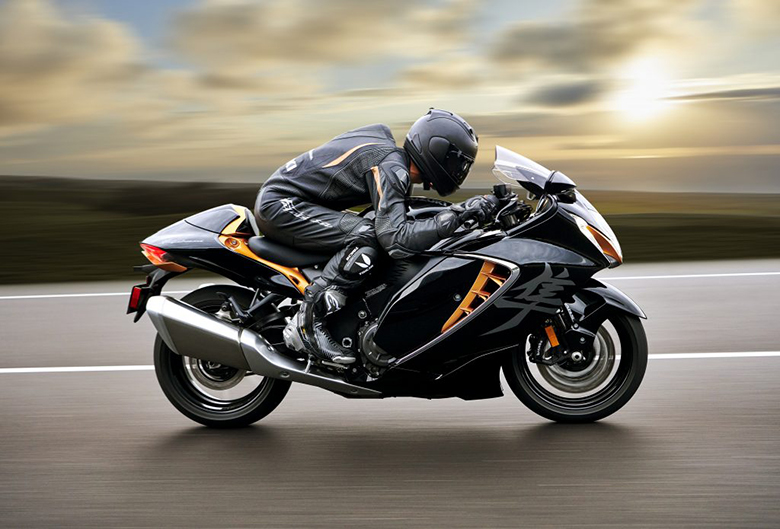 The name ‘Hayabusa’ was selected because it is the Japanese word for ‘Peregrine Falcon,’ which is said to have the quickest vertical dive of any bird. Another reason for the choice, according to urban legend, was that blackbirds were its usual prey, which, given that the GSX1300R was also designed to wrest the world’s fastest production motorcycle from Honda’s reigning CBR1100XX Super Blackbird, suited Suzuki’s intentions perfectly. However, this has never been officially confirmed. 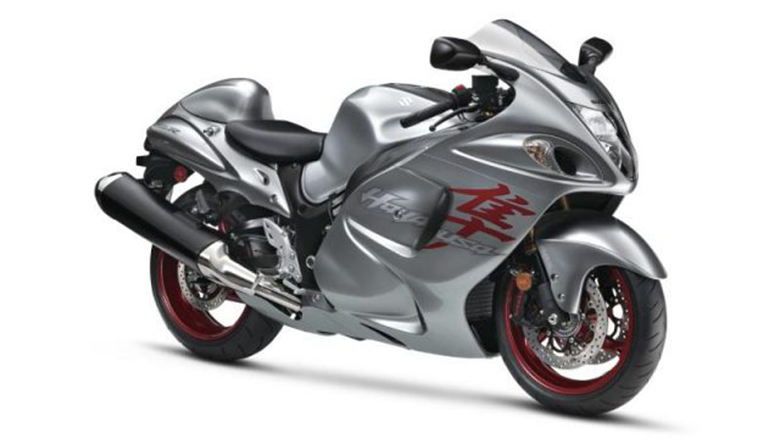 It was created to be ‘ugly’

“The goal was to develop a completely new style that would not be out of date within a few years and a styling that will be the ‘Face’ of Suzuki,” says Koji Yoshiura once again. My goal was to produce a hideous design with a powerful first impression. By doing so, I hoped that after the model was out in the market and its performance had been proved, people would begin to exhibit interest in the unusual design. The design would become ingrained in people’s minds. When I was creating the clay model, I persuaded myself that a bike with the most outstanding performance and the most acceptable ugly would not bore people, and therefore this bike would be a long seller.”

But it was also supposed to be safe and secure 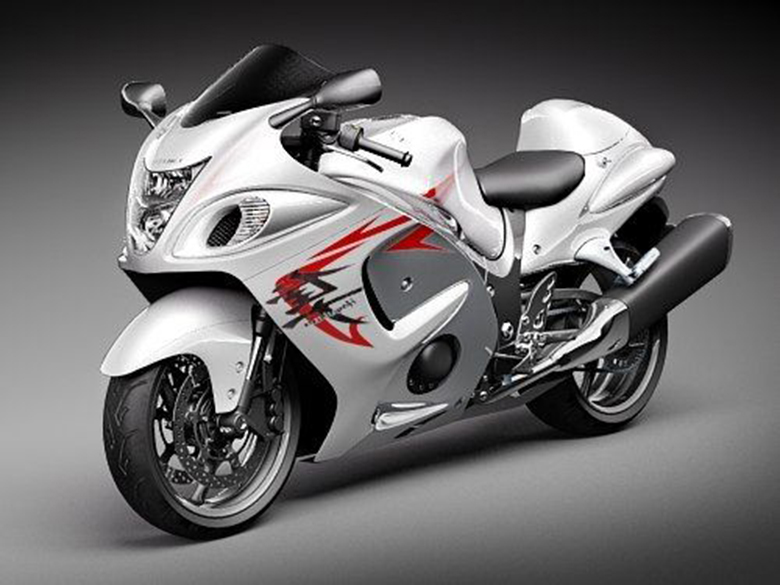 “We took additional attention on safety since it was a high-performance bike,” says Koji Yoshiura. Along with high-speed stability and linear torque that may be used,

For the safety of the consumers, we installed the brightest (at the time) headlight and the most conspicuous speedometer……”

It can be upgraded to a 500bhp turbo monster.

The ‘Busa soon became the bike of choice for turbo enthusiasts, notably Jarrod ‘Jack’ Frost of Holeshot Racing. He was one of the first to attach a turbo to a Hayabusa and has modified and turboed numerous versions, including his personal 708bhp UK land speed record machine. 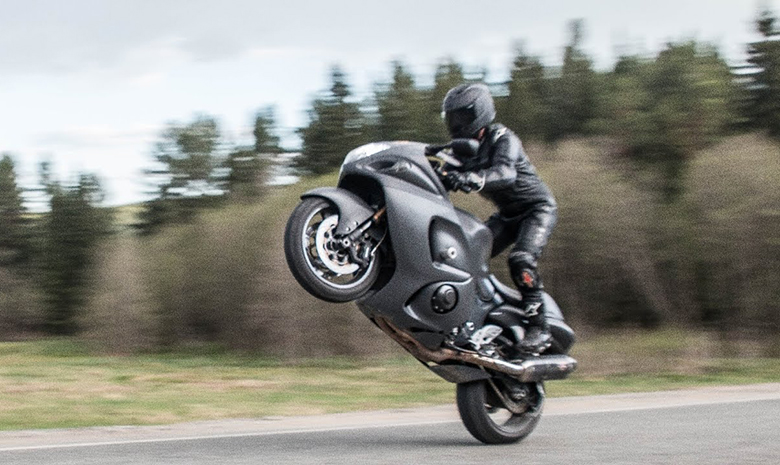 He explains, “Most people used to opt for 300bhp turbo kits.” “However, with 500bhp kits, you get a lot of bang for your buck. They like talking about it at the bar. It’s a little unusual, and you’ll never get tired with it.”

It now holds the global land speed record (sort of)

When Leslie Porterfield of Dallas smashed three land speed records on a turbo Hayabusa at Bonneville Salt Flats in 2008, she became the first woman to join the ‘Bonneville 200mph club’ on a conventional bike, reaching a peak speed of 234.197mph. 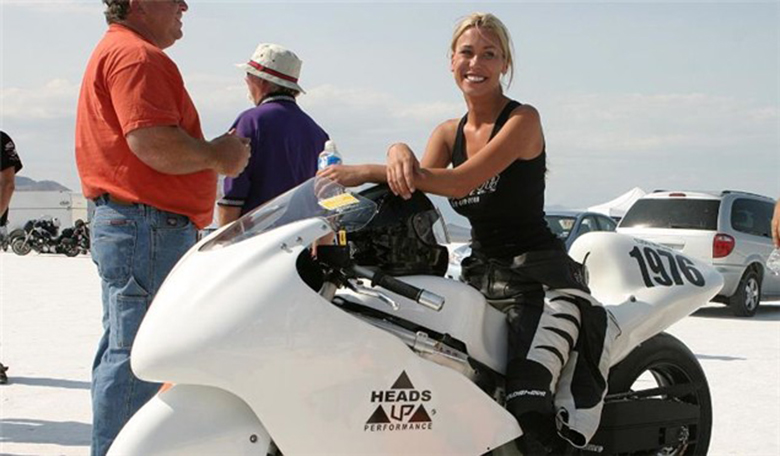 It’s one of the ‘best-loved motorcycles’ in the UK.

The huge Suzuki is not only one of the Japanese marque’s most popular models, alongside Bandits and GSX-Rs, but it was also named one of Britain’s most popular motorcycles overall in a recent survey, finishing in eighth place. 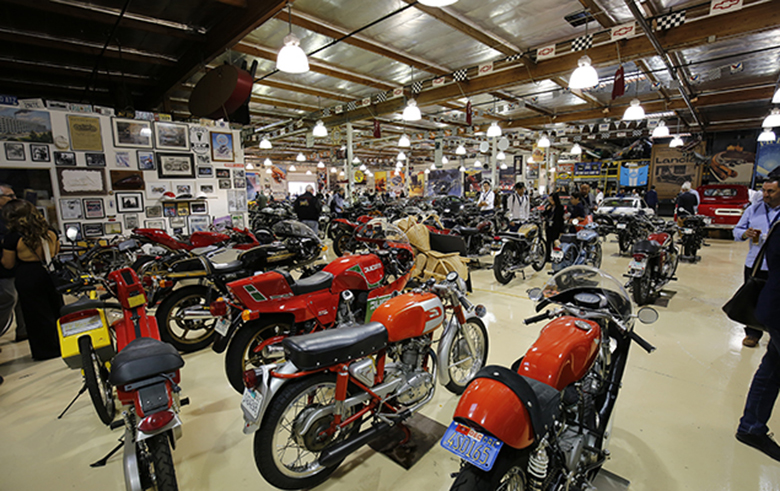 Jay Leno, a former US TV personality, multi-millionaire, and petrolhead, is well-known for his extensive motorcycles and automobiles housed in a large converted hangar at Burbank Airport in California. A Suzuki RE5, Ducati 750 Paso, BMW K1600GTL, and… a Hayabusa are among his lesser-known bikes, including the world’s most extensive collection of Brough Superiors (he has 26, gasp), Vincents, rare Ducatis, Triumphs, and more.