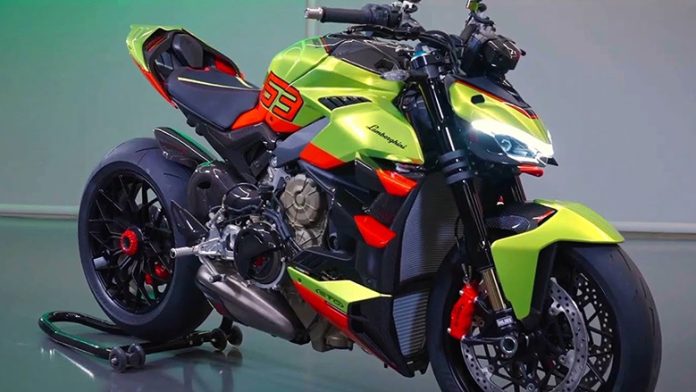 In the late 80s, Lamborghini took a shot at making motorcycles, it was a spectacular flop, and it kept them out of motorcycles for many years. Ever since Ducati joined them under the Volkswagen brand, there has always been a demand for some sort of partnership. Finally, in 2021, these rumors came to light with the introduction of the Diavel Lamborghini, a strange bike with a divisive choice of colors. The Streetfighter Lamborghini is undoubtedly the Lamborghini bike of our dreams, leaving most fans wanting more. Find the Top Ten Facts about SE Ducati Streetfighter V4 Inspired by Lamborghini STO below. 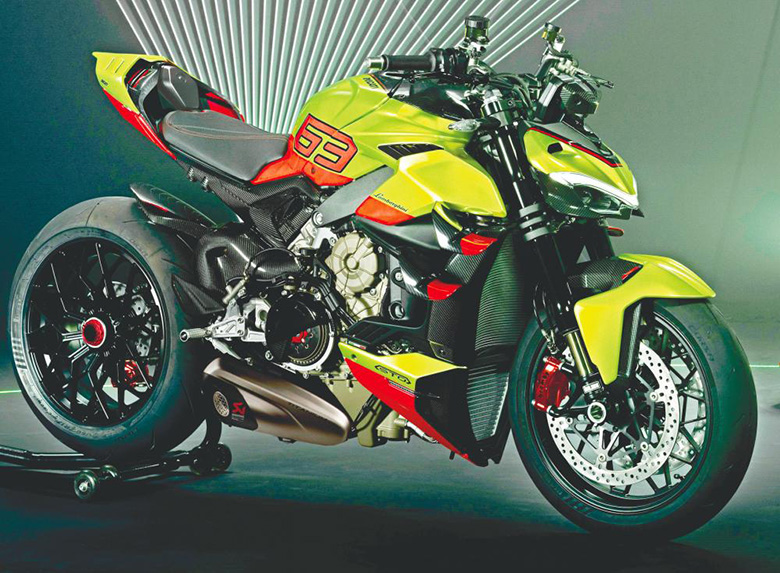 The Streetfighter is a great hyper-naked sportbike capable of capturing the imagination as few motorcycles can.

Additionally, Lamborghini designers can decide which parts to change without worrying about jeopardizing the Panigale’s priceless aerodynamics. 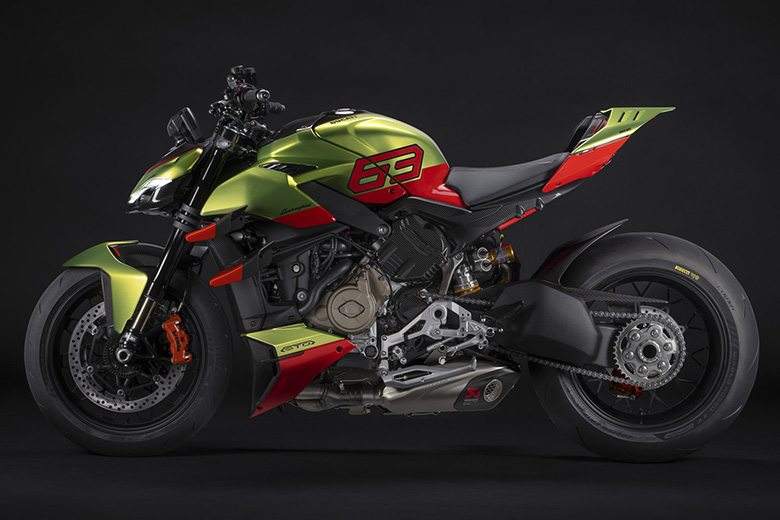 The wheels, designed to look exactly like the Huracán STO underneath the titanium center nut, are the most noticeable design modification.

The rear seat cover resembles the STO’s engine cover, and the mudguard has been modified to look exactly like the hood (or fender, if you prefer). However, the design is unrecognizable and the bike retains the classic Streetfighter look. 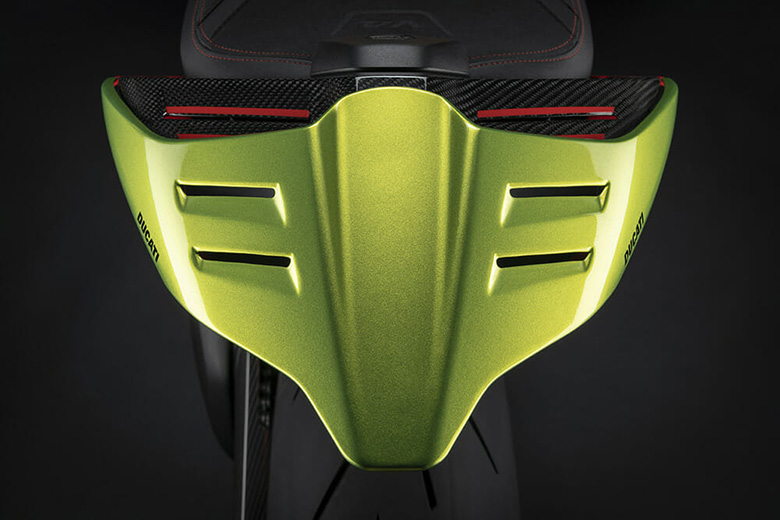 Almost everything else, including the titanium exhaust end cap, is made of carbon fiber, as are all of the composite parts.

The Ducati’s tank cover, air intake, and belly pan, which also sports the STO logo, resemble Lamborghini’s louvers and belly pan. All are also made of carbon fiber. 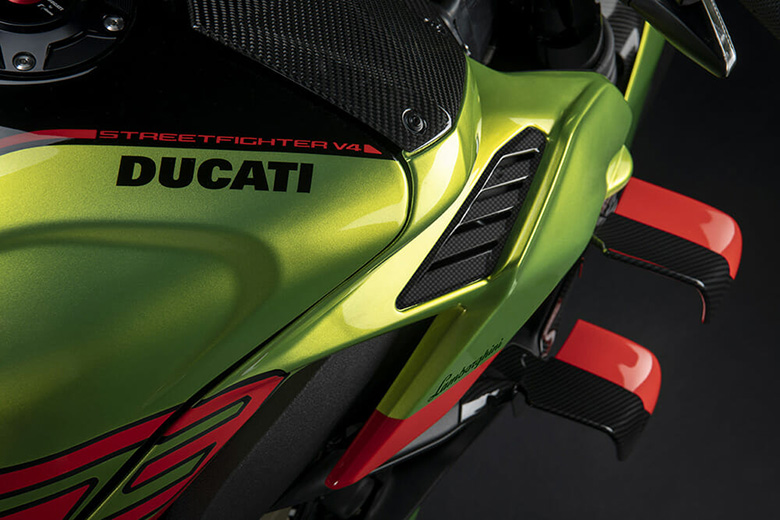 STO’s livery, which favors the color “Verde Citra” (or lime green) over “Arancio Dac,” has more to do with the choice of complementary colors than anything else (or orange).

Although it’s a striking color, it contrasts nicely with black, and the large number 63 contributes to the motorcycle’s racing image. Although officially, the 63 refers to the year Lamborghini was founded, it is also the MotoGP number that Pico Bagnia rides under. 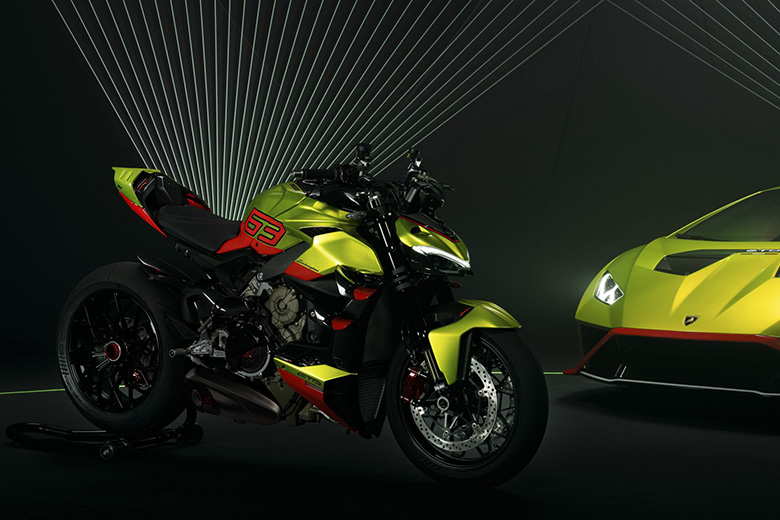 The luxurious V4 is one of the rare things that hasn’t been touched, but we’d be remiss not to mention it at least.

The engine is actually what makes the Lamborghini label the ideal sports bike. At 208 horsepower, it has superbike power worthy of the term “supercar.” 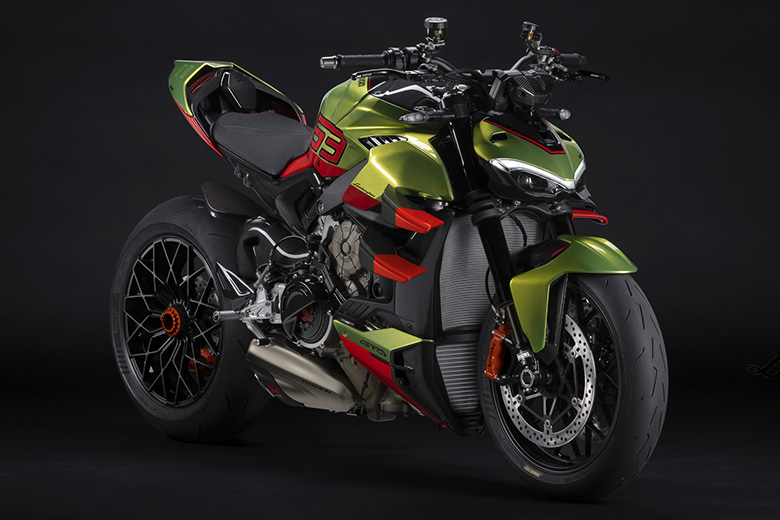 Although Ducati has an excellent electronic system to control all that power, the brakes are the most critical piece of hardware. 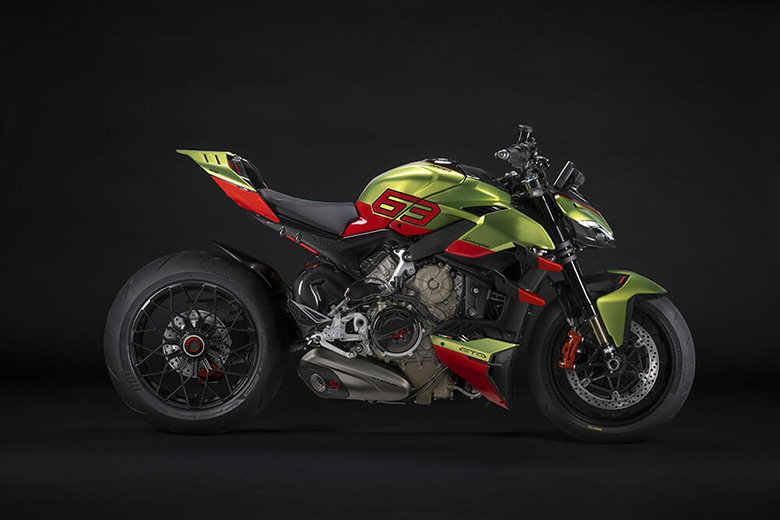 Ducati will only produce 630 of these stunning vehicles, making them unique, but their intended market will probably appreciate it.

The Streetfighter is already one of the most expensive production motorcycles money can buy and will cost more than double that. Sadly, this bike is not accessible and will be priced accordingly. 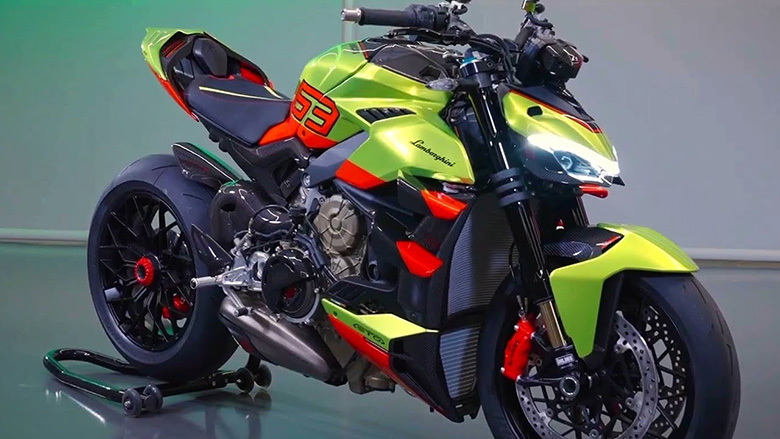 Only 63 of the Lamborghini Special Clienti will be commissioned within the 630 production run, so if a typical Streetfighter Lamborghini isn’t rare enough for you, it is.

The catch is that to match the bike to the color and style of your vehicle; you have to own already a Huracán STO (we understand that if you order it as a set, you may agree to sell it, but there is no mention of it). 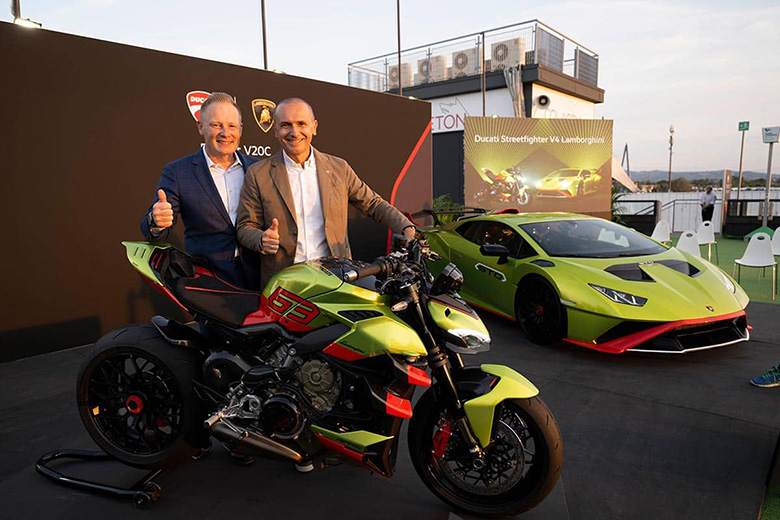 Only 63 of the Lamborghini Special Clienti will be commissioned within the 630 production run, so if a typical Street Fighter Lamborghini isn’t rare enough for you, it is.

The catch is that to match the bike to the color and style of your car; you must already own a Huracán STO. 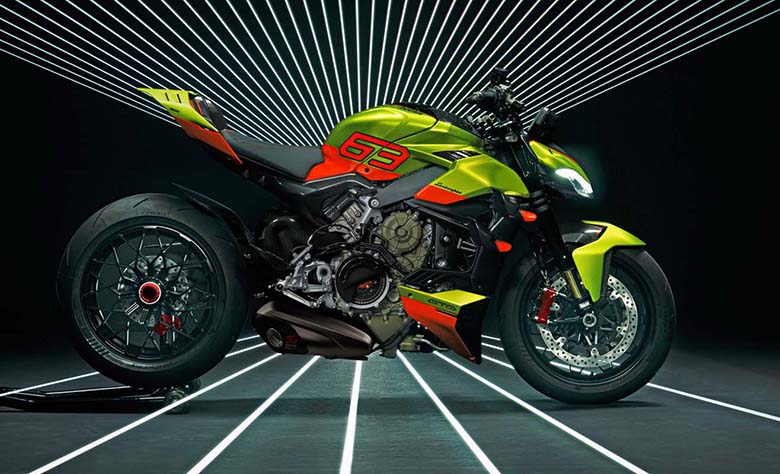 They have a lot in common regarding performance and style, and above all, the German-owned Italian team has made its contribution clear on many levels.

No matter how expensive the Streetfighter looks, these are dream machines, and if you have that kind of money, it’s worth turning a fantasy into reality.