The motorcycles were considered stylish and relaxed even before Charlie Wotzhisface, and Ewan McGregor took an adventure in it, which is considered to be strange as people were fond of this adventure for a long time. The popularity of adventure bikes has touched the sky nowadays. Modern adventure bikes are full of electronic gadgets (cruise control), LED headlights, and ABS. These bikes can now be used for long travels and have lost the simplicity, assertive color scheme, and strayed miles. Here is the list of Top Ten Best Rated Adventure Bikes of All Times. 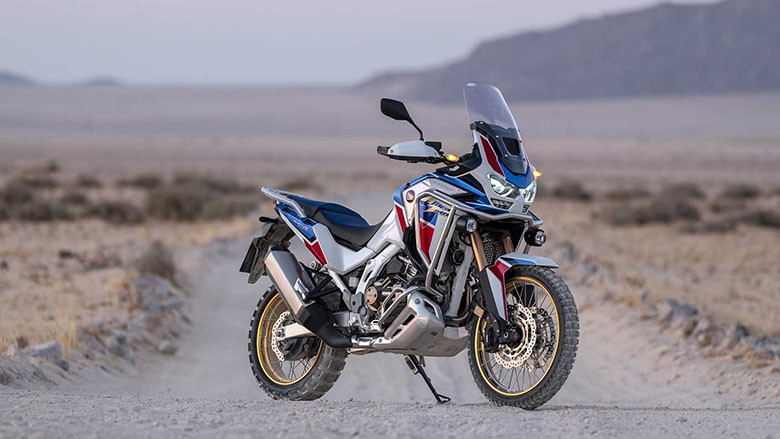 Almost everyone loves Honda Africa twin which was produced in the early 90’s till now. This bike gives 200-mile range, a soft tuned 742cc V-twin, based on Dakar winning NXR. It has an 895mm height seat and 23-liter tank which offers the best combination a bike can provide. About a decade ago, these bikes were not a part of the limelight but now they are quite famous and the prices have also increased. It’s price ranges from £1800-£5000. 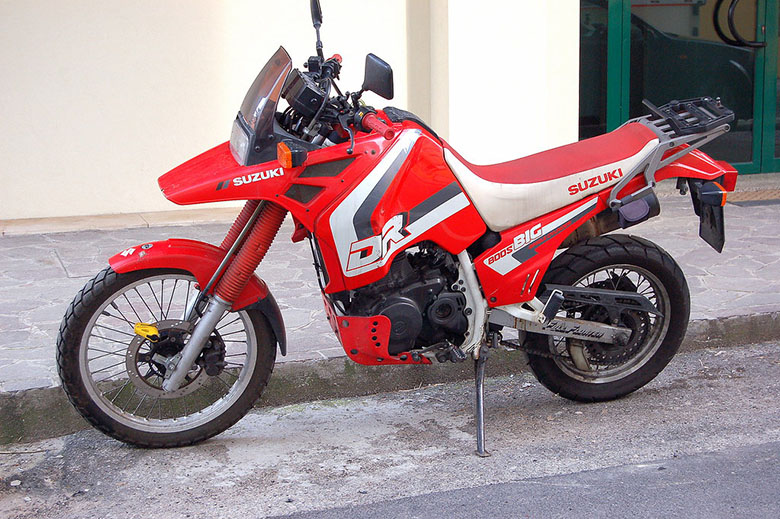 There’s another fantastic bike from this time which is known as Dr.Big and is Suzuki’s single-cylinder engined. This bike is also known as Desert Express. The original motorcycle was Dr.750 with 727cc single-cylinder engine and 45bhp established in 1988. After two years, the stroke of this bike was increased by 779cc and 6mm, 52bho and DR800 came into being. The motorcycle later reduced its tank size to 24 liters from 29 liters. These were produced till 1996 and are hardly in sales now. The price ranges from £1500-£4000. 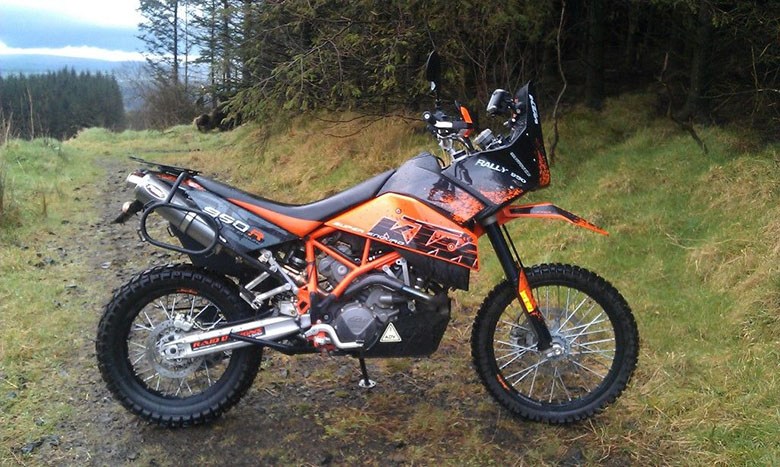 The less edged screen and slab-sided are a part of KTM. It features the first V-engine of Austrian’s firm with a 75 degree V-twin, 942cc, fully-adjustable WP suspension, 100bhp and 22-liter fuel tank launched in 2003. After a year, KTM came up with Gauloises GO, a paint job that makes the bike remarkable!! The price ranges from £3750- £5000. 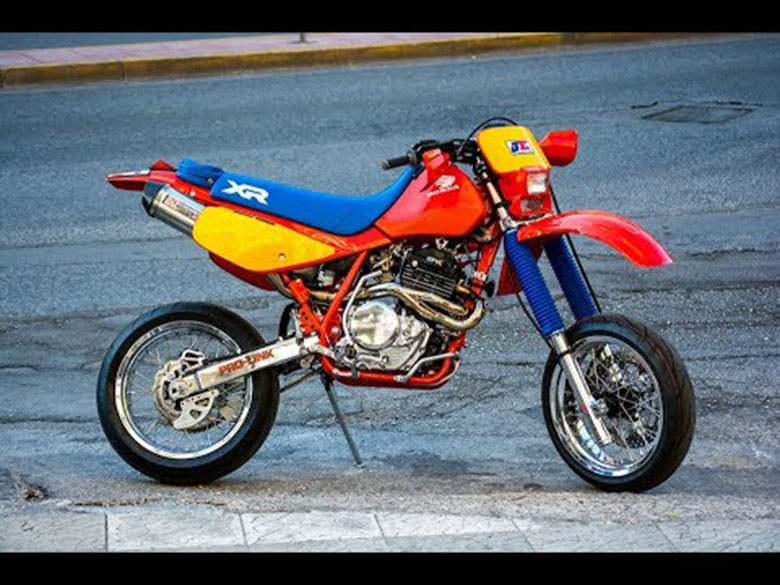 Honda XR600 gives a 591cc single-cylinder air-cooled compact engine and weighs only 152kgs. It has a seat if 955mm which is enormous. The only thing that under performs the bike is its 12-liter tank, but the aftermarket versions are also there to come over this expectation. It’s price ranges from £1000-£1800. 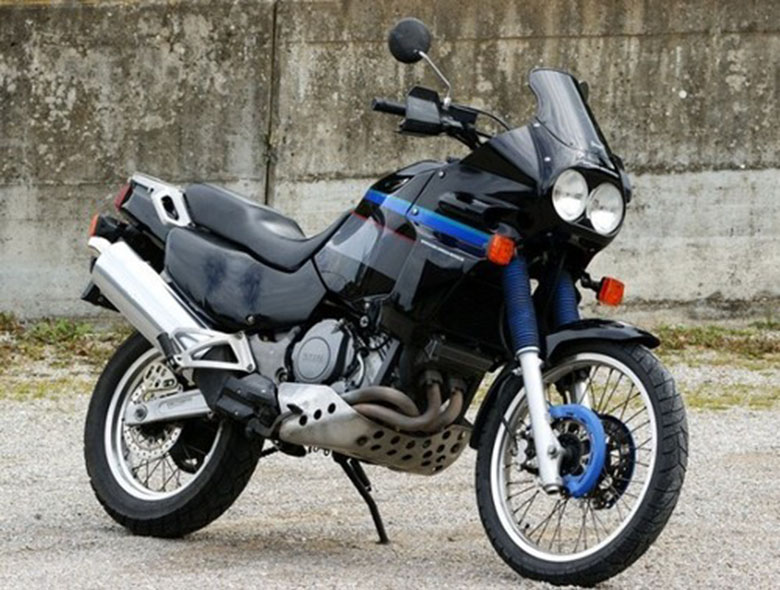 This bike does not require any background because it’s already pretty famous. The paint job, plastic brake disc and fork protectors schemes make this bike a fantastic piece to have. The productions from this bike started from 1989 to 1996 and no change has been made to its design. The engine of this bike is 749cc parallel-twin liquid-cooled and is four strokes, with bearable 65bhp. The bike has a 250-mile range and 26 liters stock tank. The price ranges from £800 to £1500. 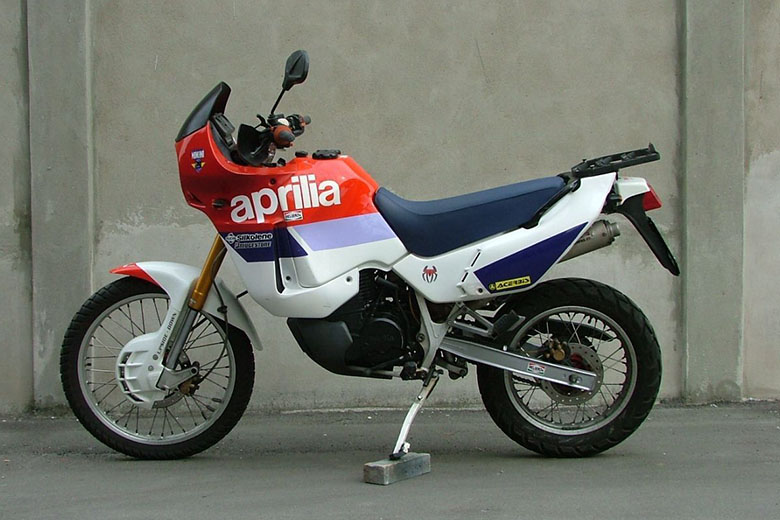 This 90’s Italian adventure bike has made it to the list of crossing Sahara. The bike’s engine which is single-cylinder air-cooled, produces 40bhp. It has a 17-inch rear, 21-inch front wheel and 18.5-liter tank which is the best for trails and work. This decent 90’s bike ranges from £500 to £1200. 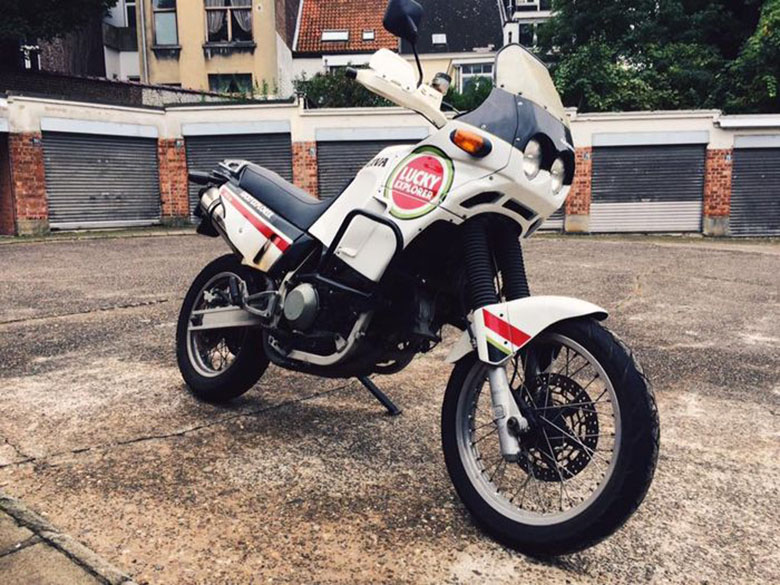 This bike is bagged up as a Ducati E900 and is also an Italian adventure motorcycle made in the ’90s. This bike produces 65bhp and consists of a similar engine as Ducati 900ss which also has a lucky strike paint. The price ranges from £1000 to £1400. 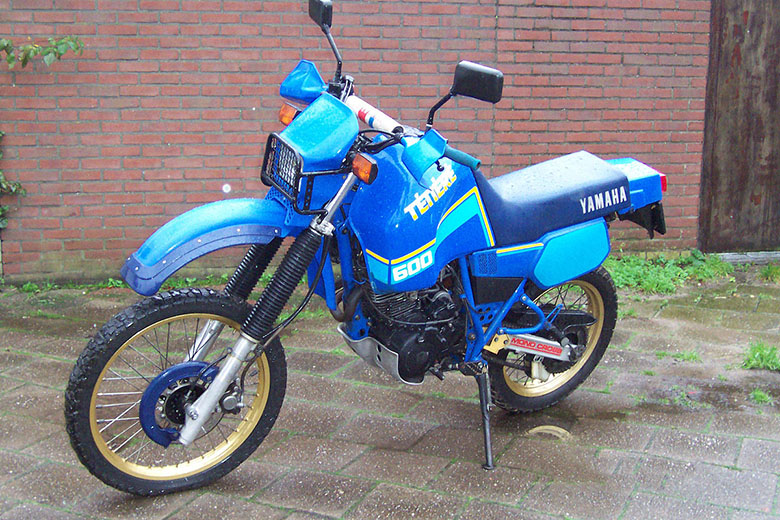 It is a modern adventure bike that is pretty sleek and has terrific tires made for off-road adventures. The bike might be fuel-injected, but it consists of a 23-liter tank, 660cc single and gives 300+ miles range. This bike proved that you don’t have to get a cruise control, adaptive suspension and traction control because it is mild-mannered. It has characteristics that increase a little weight and the price is also a little over the par from £4500-£6000. 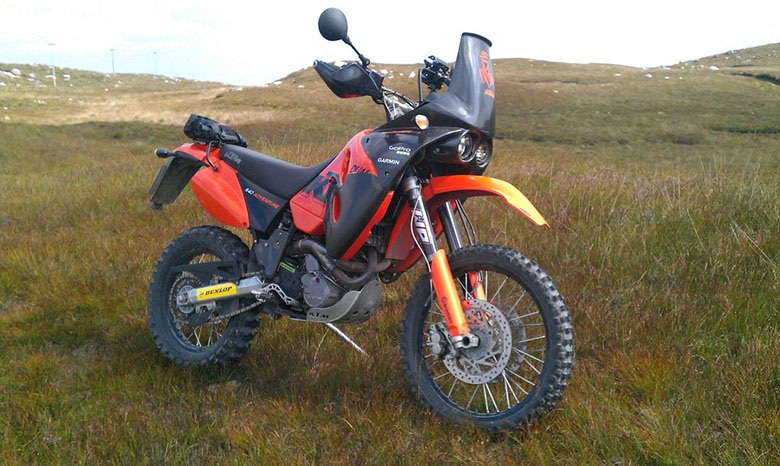 The bike is a club man’s Dakar bike and has a potent single-cylinder. It delivers 50bhp from its 625cc single-cylinder and also provides electric and kick start with a massive 28-liter tank. The KTM LC4 is a replica of Dakar and weighs about 190kg. It’s price ranges between £2000-£4000. 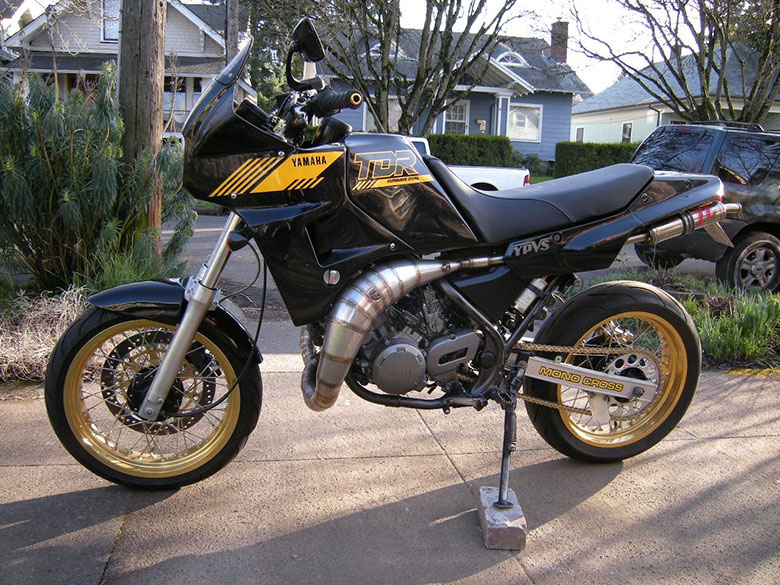 The TDR is a mixture of trail, adventure, motocross and supermoto which isn’t everyone’s favorite. It has an 18-inch front, long-travel suspension and 17 inch rear camera which gives it the off-road style and power. It also has a 40bhp YPVS engine, 249cc, and weighs 150 kg which is quite light. The plumes of smoke, fork guards and paint job makes it even more irresistible. The price ranges from £1200 to £2000.

The article provides brief details of Best Rated Adventure Bikes with their respective price range. The hard-working team of Bikes Catalog develops the item and we are hoping that you will live our efforts. Most of you may agree while others don’t but it’s their own choice. So, the Yamaha TDR250 has won the best-rated adventure bike title because of its stylish appearance and perfect performance.