It’s difficult to deny that wearing a seatbelt in a car makes sense. If you’re strapped into position, you’re less likely to hit squishy human parts against complex equipment in the event of a crash. The scenario is very different on bikes, but Italdesign, an Italian design, and engineering company, believe that new technology means seatbelts can have a future on two wheels as well as four. Italdesign was created by renowned designer Giorgetto Giugiaro, who was responsible for a slew of iconic car designs, like the original VW Golf and the Lotus Esprit, as well as motorcycles like the Ducati 860 GT and Suzuki RE5, Beretta handguns, Nikon cameras, and even the futuristic Seiko watches used in the film Aliens. However, in addition to its styling arm, his firm has research, testing, and production capabilities, and it is from the engineering side that the motorcycle seatbelt concept emerges. 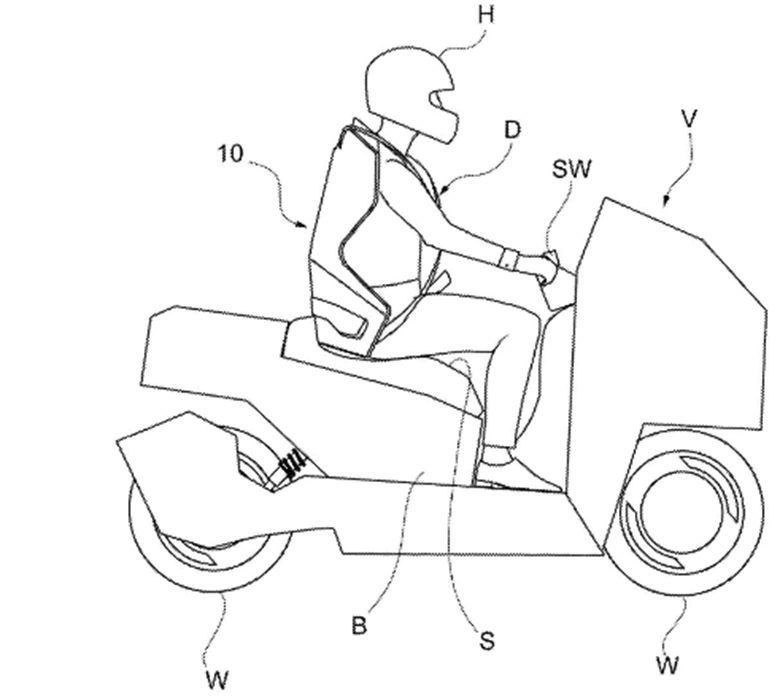 In the case of a bike collision, being strapped on top of several hundred pounds of metal and rubber might not sound appealing. When things go wrong on the bike without the safety cell of a vehicle, it’s tempting to acquire as far away as possible, so Italdesign’s solution is to build a seatbelt device that keeps you in place in inevitable crashes while enabling you to detach from the bike in others.

The structure is built around a sturdy, shell-like backrest that you buckle onto with a belt over each shoulder and another across your waist, similar to an oversized back protector. The backrest, on the other hand, isn’t permanently attached to the bike; instead, it connects with a flexible joint that allows the rider to move around, and there’s a quick-release mechanism that allows the entire shell to be uncoupled from the bike in an instant if necessary.

The theory is that the bike’s onboard computer uses sensors to determine whether or not it’s in an accident, and if so, what kind of accident it is, before deciding whether or not to unlock the backrest or keep it—and the strapped-in rider—in position. If you overcook it in a corner and low-side the bike, the seatback will release, allowing you to dismount. However, if a vehicle pulls off the driveway, the machine knows that it is best to have you strapped in, so you don’t get thrown into the car or over the top of it.

There isn’t enough movement in the backrest’s relation to the seat to allow you to hang off in corners, so it’s designed for scooters or tourers rather than sportbikes. However, this isn’t precisely the disadvantage it seems to be, when car users who make the transition to two wheels, such as owning a scooter to commute on, might be drawn to the concept of seatbelts, even though more seasoned riders who are used to traditional bikes will still find the sensation of being locked in rather unsettling.