Its imposing silhouette and its enormous twin let us predict as much driving nature as of the gravity. Its retro-futuristic lines are as much as of audacity of futility. But it is on very another tone that the Victory Vision manages to enchant us, as soon as that one mounted it. 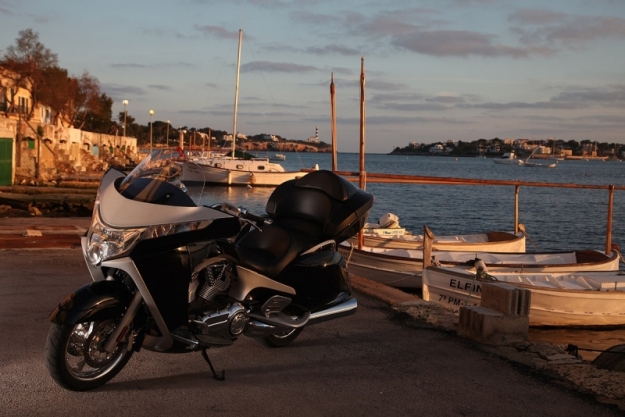 A Cadillac very right of the Fifties exit. Here what one thinks when, for the first time, one poses his glance on a Vision. All in it contributes to this impression. Lines, of course, tended to the extreme, like if ergonomics and the plasticity – concerns oh how much contemporary – had not at all counted for its designers.
But also enormous the twin who displays its wings likes a block of post-war period or chromium’s which, a little everywhere, magnify this incredible silhouette.
Extremely of this feeling and a data sheet indicating nearly 400 kg on the balance, one thinks that this American with the gauge of aircraft carrier is surely perfect for a platform of bike show or with the terrace of a coffee, but much less with its ease at the time to face the pangs of circulation.

Careful, one mounts his saddle (posed to only 673 mm of the ground), one sets in motion the two lunch boxes of some 850 unit Cm3, one tackles the first meters, one tries one, then two half-turns to realize that this machine is… almost a bicycle! Let us say it to the point: the most impressive quality of this Victory Vision is its remarkable balance. 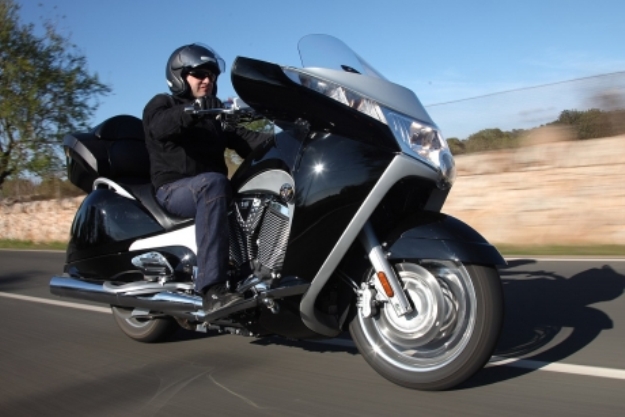 From this point of view, it is led of all the Victory range; moreover, it addresses as to the tenors of the GT category! Damned astonishing, this passenger does not book only a pleasant surprise. However its engine is impressive visually and is far from carrying adhesion completely.
Oh, certainly, it does not miss power and, although linear, without difficulty of taking along the beautiful one to nearly 190 km/h meter. Its flexibility is also completely correct for a large Bi, authorizing evolutions under the 2,500 tr/min in 6th. And the selection, gratified of a fluid clutch, does not suffer from any true reproach.
But this twin presents in the same way a large gap: its very sonority. A noise of 2cv: here of what one thinks if one does not push V2 with the threshold of his red zone where he finally agree to give voice. A noise of 2cv, which more is with rattling of distribution and multiple noises probably related to badly filtered vibrations.
If it is necessary to correct something on this machine, it is thus well its overall acoustics. However it would be a shame to be disillusioned completely with the listening of this poor soundtrack because for the rest, the Victory Vision proves very convincing. Even at more high-speeds, its part-cycle is with the height (a good point for the comfort of its suspension postpones pneumatic, a flat for braking ABS which misses power singularly). And on criteria strictly GT, it offers almost all of it to what one can dream. 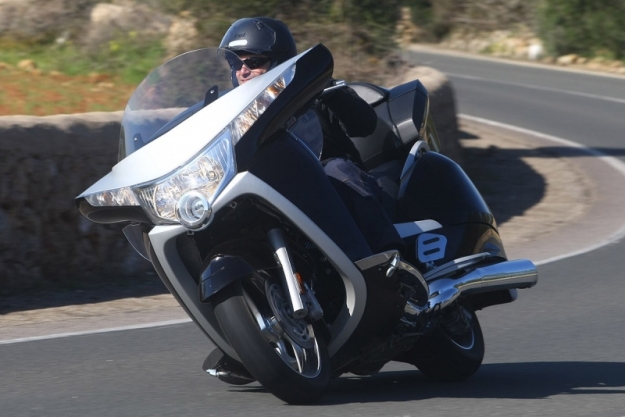 Its equipment of series is plethoric (see framed following page), its rather instinctive ergonomics, its carrying capacity, far from being ridiculous (if the two side bags surprise by their weak capacity, it top-box accommodates, him, two integral, and of the secure glove boxes supplement the filing space on both sides of the handlebar) and the comfort of the passenger is largely in the average of the segment. Last detail which testifies for the care taken to the overall concept: in spite of its weight, Victory Vision can be raised easily by only one person, thanks to handles judiciously laid out. Hallucinating, which for a Victory vision is certainly paradoxical, but also damned tempting? 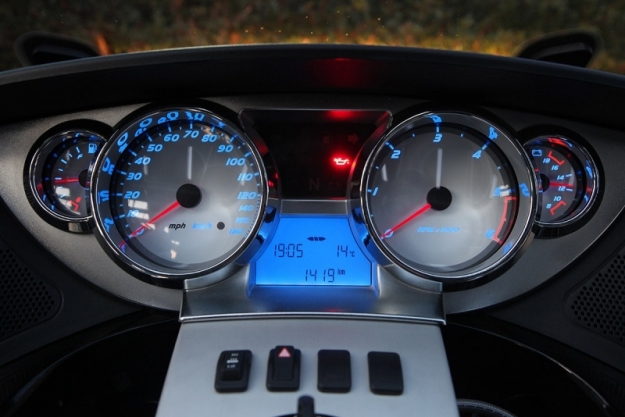 To see this Victory Vision, one would expect the GT a little clumsy but rich in driving character… and it is all the opposite. Betting as much on its dynamic qualities and its plethoric equipment that on my incredible look (which undervalues its throw weights all the same), Victory Vision is not affirmed like the direct competitor of a Honda Gold Wing, more succeeded, more powerful, but also more austere. Remain that with nearly 23,000 €, it has what to sow the disorder near not another bad GT. In particular those conceived on the side of Milwaukee. 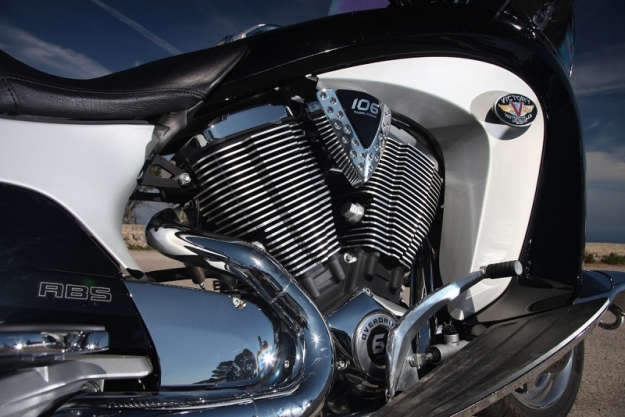 The equipment of series 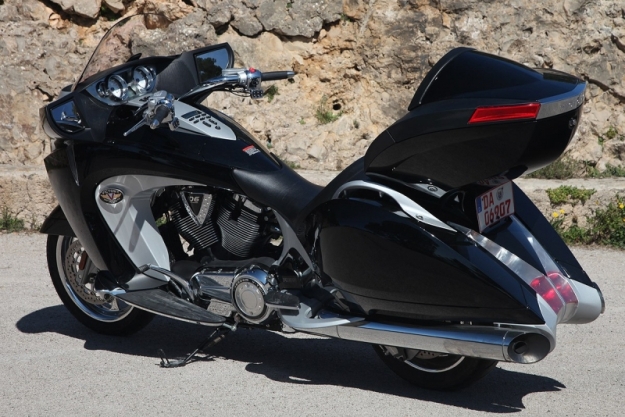