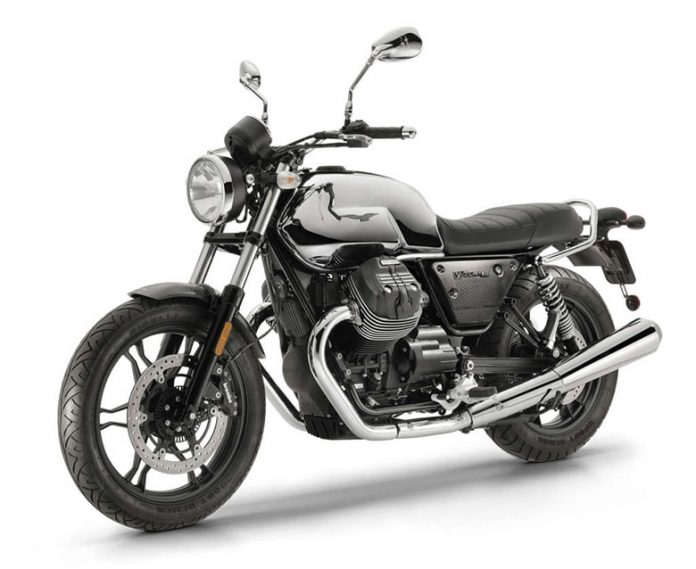 The new 2020 Moto Guzzi V7 III Limited Classic Bike distinguishes out because of the powerful aesthetic and personal emotions it evokes in users. The matte black paint and a new matching passenger grip strap are eclectic and necessary. It does away with any chrome accents for this reason. A black-light setting and the eagle on the fuel tank, a unique burnished finish, complete the “dark matte” impression. The front mudguard is trimmed and painted to match the gasoline tank to emphasize the essential character of this model, but they aren’t the only changes between V7 III Limited and the other models. An instrument cluster including a single circular display and spoked wheels. 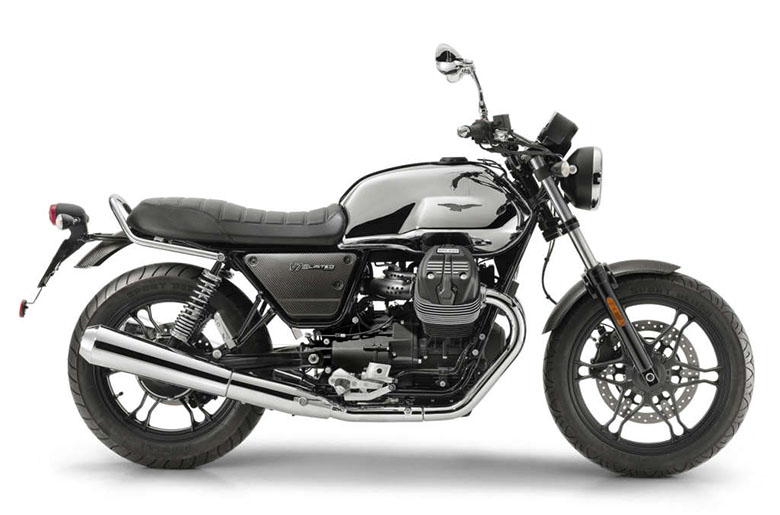 The “seven-fifty” from Mandello will continue to serve as Moto Guzzi’s entry-level model in the third generation. The transversal V-twin engine, a one-of-a-kind arrangement, gives it a robust and genuine character characteristic of all Moto Guzzi motorcycles. The bike is easy to ride and one of the most contained in its category in terms of size and weight. V7 style, standard equipment, and performance on the road were the fundamental driving forces behind its development, in other words, factors of ownership and riding enjoyment.

Moto Guzzi is well-known for its expertise in chassis design. In 1970, the V7 Police was selected to join the LAPD (Los Angeles Police Department) squad following a series of rigorous testing, proving the Larian brand’s expertise on the topic even in the United States. To provide superior handling and stability, the third generation V7 has a completely redesigned and strengthened front end with a new steering geometry. The steel frame retains the double-cradle tubular architecture of the previous model and the same weight distribution (46% front: 54% rear). The welding and painting, in particular, have received a great deal of care and attention. 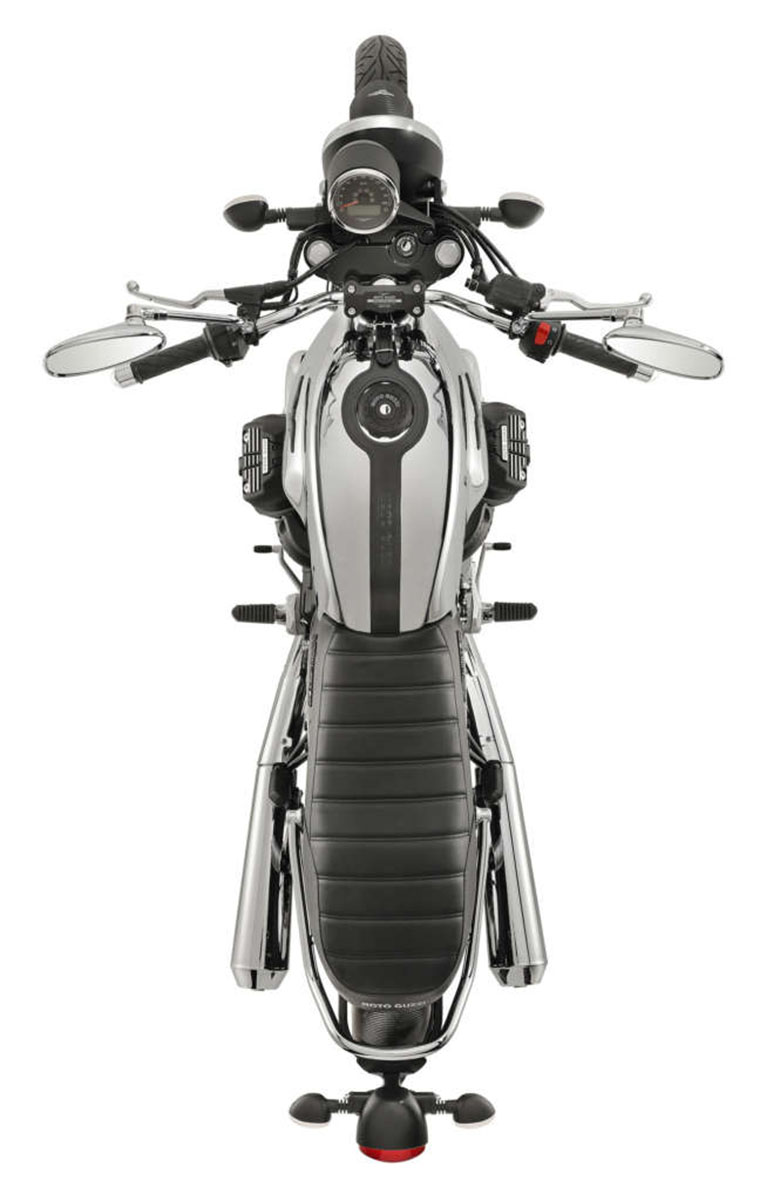 A pair of Kayaba shock absorbers, adjustable in preload spring preload, provide a progressive and controlled response in every condition, even while riding two-up, owing to their brilliant quality and the inclination of the fixing point to the frame. Due to the foot pegs’ low and forward orientation, the passenger will enjoy a comfortable seated position. Due to the lower saddle (770 mm from the ground) and the proper arrangement of the aluminum footpegs, the saddle-handlebar-footpeg triangulation is excellent for riders of all heights.

The Moto Guzzi twin engine is the only transverse V engine in existence, and it was created in 1967 by Giulio Cesare Carcano due to his brilliant intuition. The engine’s unique cylinder configuration became an integral part of the bike’s design, making it an actual work of modern art made of metal. The small-block variant has reached its third development. It has been thoroughly reworked compared to the unit that powered the V7 II to enhance riding enjoyment and ensure more excellent performance and dependability. 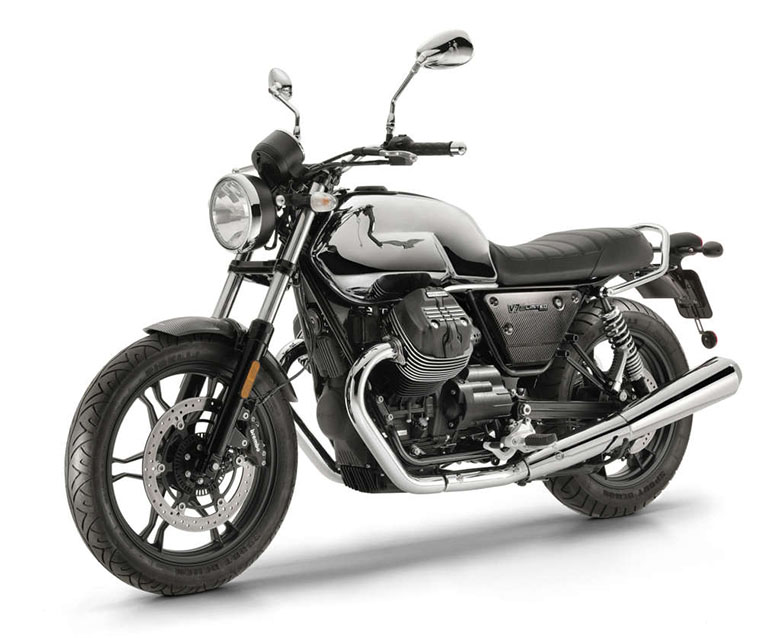 A crankshaft with inertia calculated to guarantee pep and an appropriate engine brake is used in the aluminum crankcase, strengthened at significant points. The crankcase lubrication system is designed to disperse heat and decrease power absorption, both benefit performance and help cut down on fuel use. There’s also an oil pump with a smaller capacity that can absorb less power and a ventilation system that decreases power loss due to internal pumping of the crankcase chambers. Bypass valves and piston cooling oil jets with flow control and management valves have been added to the intake duct of the oil pump. The blow-by gas output is housed inside the alternator cover.

It has been one year since the V7 II was updated, and the high part of the engine has undergone the same changes as the V7 III, including all-new aluminum cylinder heads and pistons in comparison to their steel counterparts. This choice confirms the V7 III as a Moto Guzzi entry-level motorcycle range. A pushrod and rocker system with two valves per cylinder is used to regulate timing, as is customary. Still, the valves are mounted in the head at an angle for improved efficiency. A single-body Marelli electronic injection system and an electronic control unit handle the fuel system. Thermal insulation is enhanced by using multiple pipe manifolds in the exhaust system. Combined with the trivalent catalytic converter, double lambda probe, and engine architecture, the Moto Guzzi twin 750 meets the Euro 4 emission criteria.

At 6200 rpm, the engine produces 52 hp and 60 nm of torque, with a flat torque curve that promises the comfort of use and the usual character and swift reaction of a Moto Guzzi engine, as before. For novice Guzzi riders, a power-restricted version is also available, which adheres to the restrictions forced by the A2 class rider’s license and is suitable for them because of the decreased weight and size, as well as the overall ease of riding that all V7 III models provide. With its 170 mm dry single disc clutch, the Moto Guzzi engine offers increased sturdiness and durability over time while reducing lever load for improved mouldability and rider comfort. The six-speed gearbox is unaltered from the V7 II, but the first and sixth gear ratios have been significantly increased, making it easier to use the engine’s torque and power. 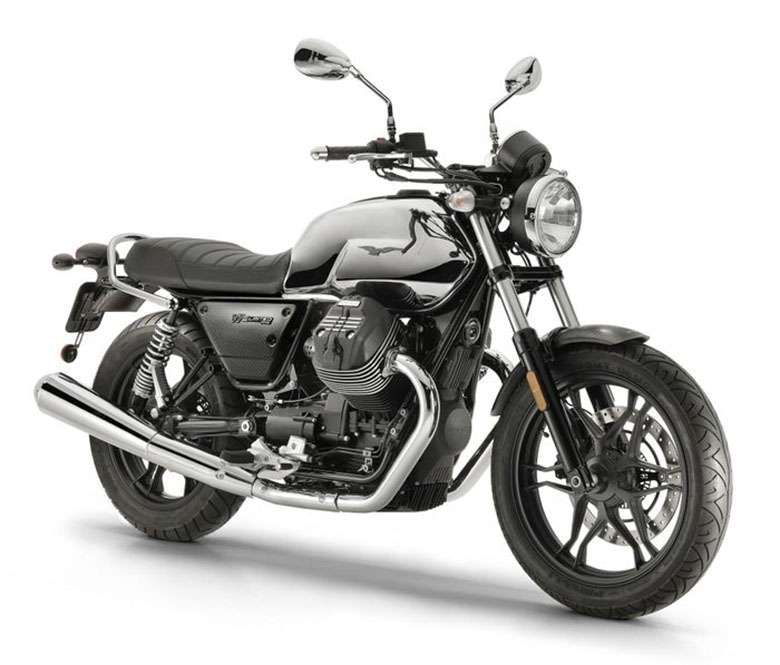 When it comes to safety, Moto Guzzi is always on top of its game. MGCT (Moto Guzzi Traction Control) may be turned on or off in the V7 III’s ABS braking system, which can also be deactivated. Mechanism A avoids wheel lockup, whereas System B is a system that inhibits rear-wheel spin during acceleration by using two channels. The MGCT system has two degrees of sensitivity that may be selected, one for more cautious riding on wet or slick asphalt and the other for the exhilaration of fast, safe riding on dry roads. A further unique feature of the MGCT system is its ability to adjust the circumference of rear tires, adjusting for any wear or the usage of tires with different profiles than the original. 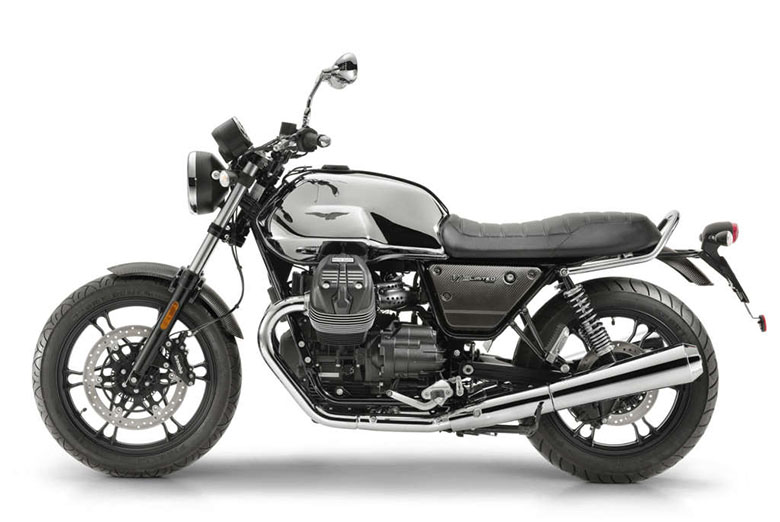