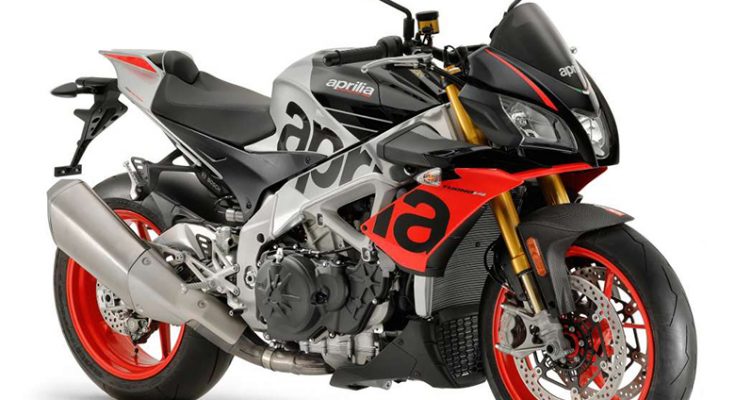 The Aprilia brand is one of the top bike manufacturers in the world that offer the high performing bikes of all times. It’s new 2019 Aprilia Tuono V4 1100RR Super Sports Bike is among those bikes which provide the high performing riding pleasure of all times. The V4 1100RR naked motorcycle is one of the efficient naked bikes that has specially designed to achieve absolute performance levels and sophistication. It is all possible due to the years of experience of Aprilia engineers.

This sports bike contains an advanced semi-active electronic suspension system that currently available on the market. The newly developed Ohlins and fine-tuned suspension have been developed with a collaboration of Aprilia engineers. The rider can also maximize the ease of calibration for the suspension through simple handlebar controls that give thrilling riding experience of all times. The review of 2019 Aprilia Tuono V4 1100RR Super Sports Bike with its specifications are given below. 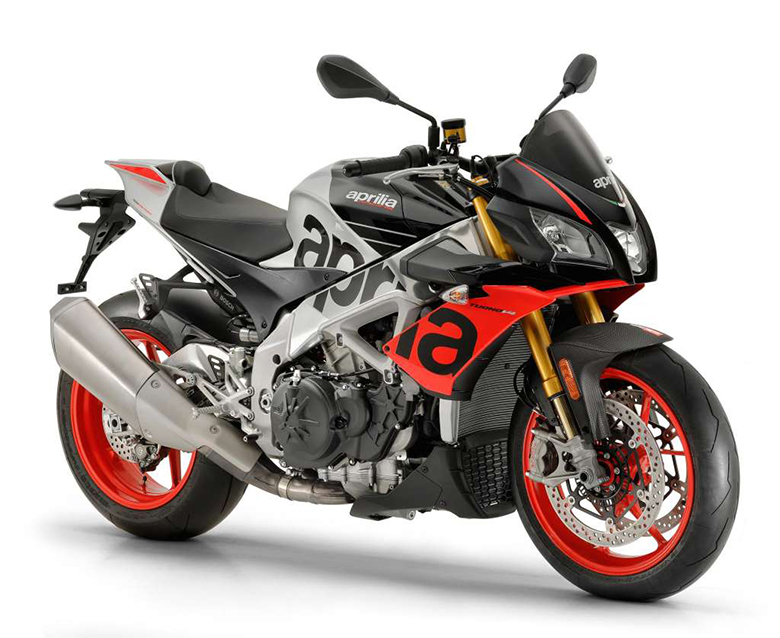 The 2019 Tuono V4 1100RR Super Sports Bike is available with the most advanced and efficient electronic suspension system. The latest technological frontier being offered by manufacturer Ohlins has been developed in close contact with Aprilia engineers. The automatic suspension management suspension is conveniently implemented on the Aprilia Tuono V4 1100 to achieving the best performance. The latest technology of the Smart EC 2.0 semi-active suspension system allows the perfect calibration of fork and shock absorbers with two operation modes i.e., semi-active mode and manual mode.

There are three different riding modes available, i.e., Track, Sport and Road. In a semi-active way, suspension performance is managed by the Smart EC 2.0 system, which is actively intervening on operation thanks to the latest algorithm that processes the data transmitted from the vehicle to the dedicated ECU in real-time. In this mode, the Tuono V4 1100 suspension adjusts their hydraulic calibration, second by second, to the type of route and riding style. The manual mode provides predefined calibration types without semi-active assistance. Both of these modes, the user has three logic above maps, of fine-tuning and customizing the suspension calibration are based on personal taste and riding style.

The Ohlins steering damping is also managed electronically by the Smart EC 2.0 system. It is fully customizable to adjust the calibration depending on the new fork and shock absorber. The new OBTi (Objective Based Tuning Interface) is visible on an all-new 4.3-inch color TFT dashboard of the Aprilia Tuono V4, which makes the setting intuitive. The operating logic of the latest OBTi is based on the situation of use and the sensations that the rider feels. This system allows the rider to fully customize the suspension calibration in every single case in which the suspension system is stressed i.e., in acceleration and braking phase. It is straightforward and quick to adjust plus extremely competent in all conditions.

The Aprilia Tuono V4 1100RR onboard electronic remains unchanged and it is already considered to be best in class. However, the Aprilia Performance Ride Control is the patented control suite, which is directly derived from the winning technology in the world superbike. The fourth generation of APRC has been integrated seamlessly with the exceptional electronic management that guarantees to have fully integrated Ride-by-Wire throttle control and inertia platform.

An advanced multi-map cornering ABS has been developed in collaboration with Bosch to ensure maximum safety on the road, without even sacrificing any performance on the track. The 9.1 MP system can optimize braking and ABS intervention in corners, thanks to the particular algorithm that continually monitors various parameters i.e., lateral acceleration, the pressure applied to the front brake lever, pitch, the lean and stability. The ABS works with the Aprilia RLM (Rear Liftup Mitigation) system that limits the lift of a rear-wheel during abrupt braking. The cornering ABS is adjustable in three different levels of sensibility plus it can be switched off. 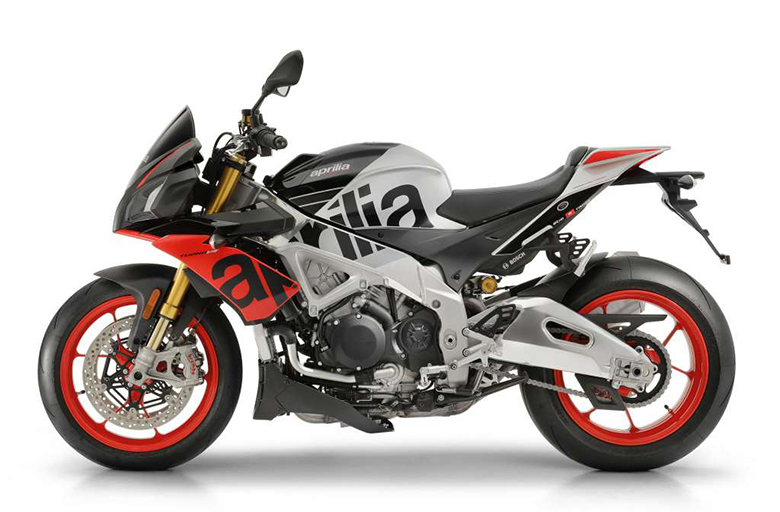 The TFT digital instrument cluster boasts exceptional display options, and it is capable of managing the user interface being required for the intuitive electronic adjustment of the new Tuono V4 1100’s suspension system. There is two selectable screen page (Road and Race and both with night and day backlighting) plus it corresponds to as many represented indexes. The V4-MP is available as an option. It is the latest Aprilia multi-media platform that allows the rider to connect his smartphone to the vehicle.

It offers the new connection protocol that not only reduced smartphone battery consumption to the minimum, in addition to providing the broader range of circuits that already mapped in which one can easily manage the electronic settings corner by corner. This V4-MP includes the infotainment system, introduced by Aprilia for the first time of the Tuono V4, to maintain the voice commands and incoming/ outgoing telephone calls by using a smartphone.

An all-new Tuono V4 1100 is the only naked bike along with its brother 2019 Aprilia Tuono V4 1100 Factory Sports Bike that contains a 65-degree engine that includes unique characteristics. The narrow V4 architecture has made it possible to make the engine extremely compact lengthways that helps in centralizing the weights and to have a compact chassis. There are some changes been made in the evolution of Italian V4, which increases overall reliability and performance without sacrificing its marvelous sound. The powerplant adopts an all-new exhaust system with the silencer that uses a double oxygen sensor and the latest built-in valve. The engine ECU features the high calculating capacity plus it is capable enough to manage the engine’s significant maximum rotation speed.

Moreover, to ensure maximum reliability and reduction in friction at the same time, the piston pins feature DLC surface treatment while the connection rod heads boast the surface honing treatment. The combustion chambers have do not obtained through the fusion process but they are more excellent numerically controlled mechanical processes while the gearbox uses the linear sensor that ensures flawless gear shifting operation.

The Tuono V4 1100RR range fully confirms all the proverbial qualities of handling and stability being offered by the frame, which is strictly derived from Aprilia RSV4. The front Brembo braking system comes with one of the RSV4 that relies on the pair of steel discs having a diameter of 330 mm, gripped by Monobloc M50 calipers and the radial master cylinder activates it on the handlebar. The Aprilia Tuono V4 1100 features the new Ohlins Smart EC 2.0 semi-active electronic suspension system including electronically adjustable steering damper, a high-end fork including semi-active NIX technology and travel extended from 117 mm – 125 mm, as well as the shock absorber that goes to semi-active TTX technology as compare to the previously mechanically adjustable unit. 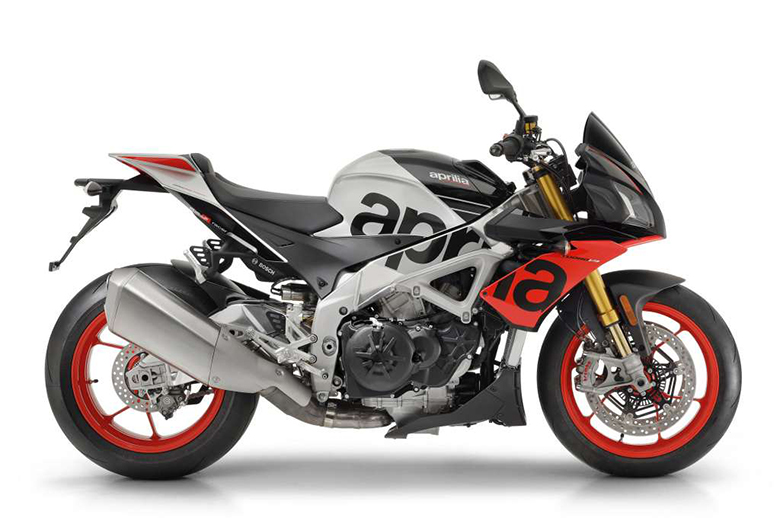 The Aprilia V4 1100RR comes with the variety of accessories mentioned below; 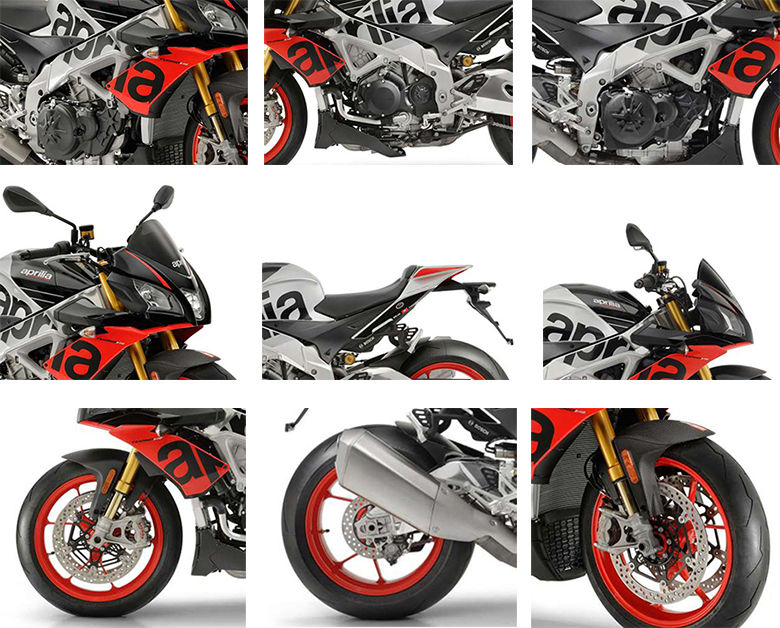 In the end, team Bikes Catalog would love to say that the Aprilia Tuono V4 1100RR is an impressive sports naked bike. It’s high performing and high tech engine makes the overall ride full of fun. The rider can make most out their bikes by using its three different riding modes. The lightweight chassis makes the overall handling and riding pleasure full of fun. In short, this bike is one of the best and high performing bike in Tuono lineup. 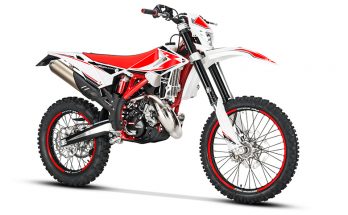 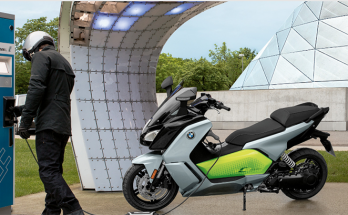 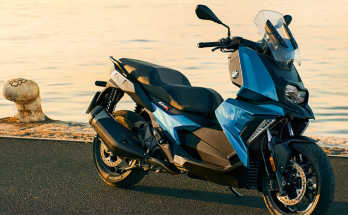