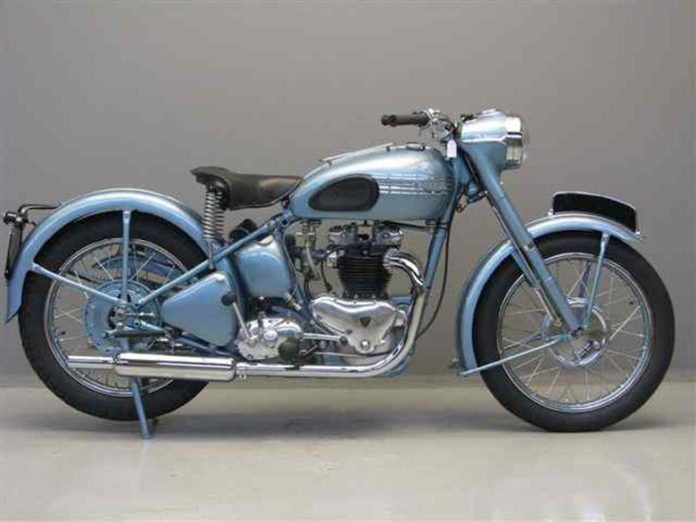 The iconic Triumph Thunderbird is well known to any motorcyclist. Although this technical marvel of Triumph Motorcycles, one of the famous motorcycles of all time, is almost 70 years old, petrolheads’ memories of it are still vivid. Triumph’s Thunderbird brand is highly respected and has long been recognized for its biker-friendly engineering, simple handling, and powerful engine. Despite being a very comprehensive package, the Triumph Thunderbird hasn’t experienced much success recently. However, contemporary Thunderbird iterations are also quite remarkable. Along with models like the Harley-Davidson V-Rod and Suzuki Intruder, the Triumph Thunderbird will undoubtedly come up in any discussion of popular cruisers. Next, here are the Top Ten Interesting Facts about Triumph Thunderbird.

Triumph Thunderbird was a Rapid and Resounding Success 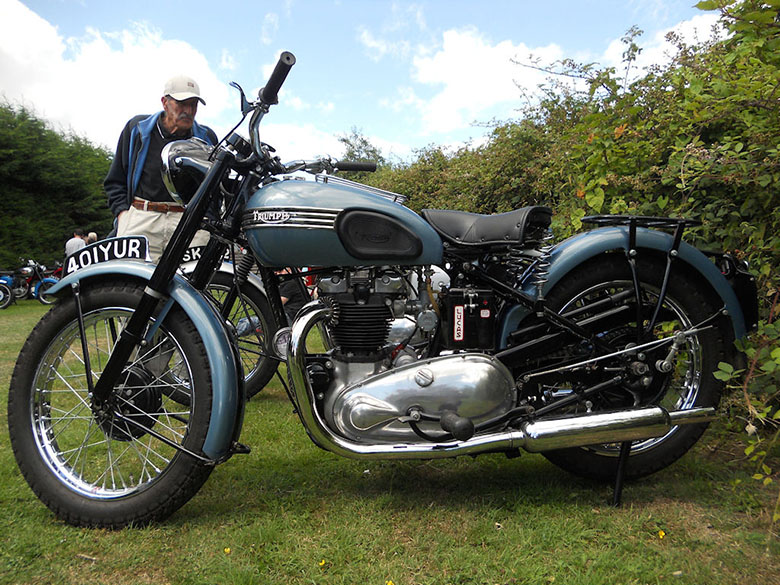 In an era when most motorcycle enthusiasts were hungry for more power, the 1949 Triumph Thunderbird arrived on the scene. It is precisely the kind of market demand that Triumph could meet immediately. The Triumph Thunderbird was an unconditional success in 1949, even though not many cars in history have seen success in their first year. From there, the motorcycle manufacturer capitalized on its gains and eventually cemented the Thunderbird motorcycle into the annals of motorcycling history. 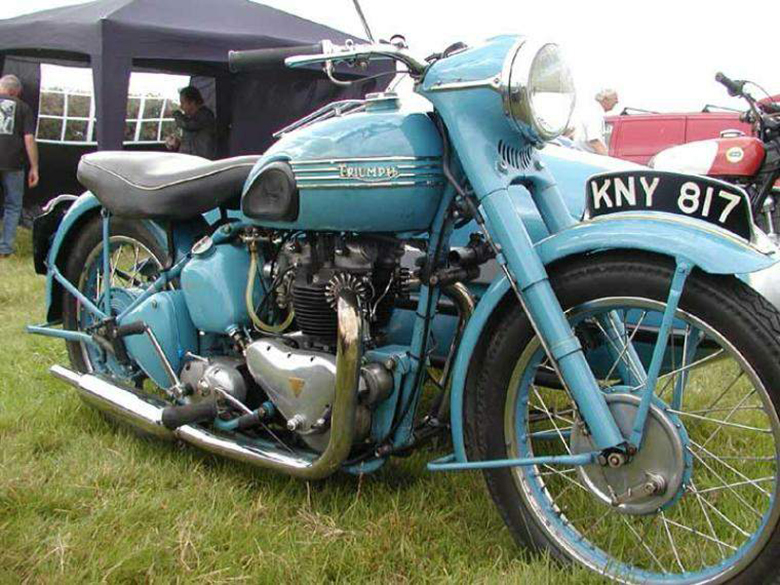 The Triumph Thunderbird not only created a sensation when it first appeared on the market in 1949, but it also managed to establish a reputation for itself by setting several speed records in North America. In 1949, this British motorcycle had a top speed of 100 mph. The Triumph Thunderbird rapidly became a favorite of police agencies worldwide due to its power and performance. At the Bonneville Salt Flats in 1956, Johnny Allen set an unofficial motorcycle speed record of 214.5 mph riding a Thunderbird. 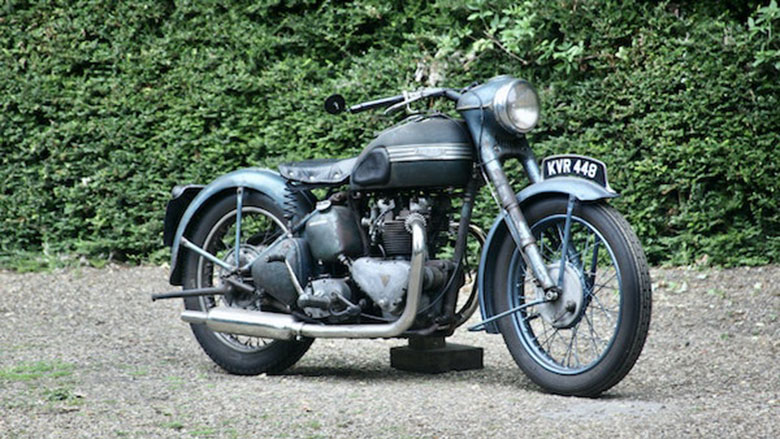 A powerful 650cc parallel-twin engine powered the Triumph Thunderbird. Motorcyclists were clamoring for better top speeds, and the Thunderbird’s top speed of 100 mph allowed them to achieve even more. Designer Edward Turner created a 500cc vertical twin engine, effectively a bore and stroke version. Triumph increased the displacement of the parallel-twin engine by 150cc, enabling the T6 Thunderbird to produce 34 horsepower, an impressive output at the time.

1953 Classic ‘The Wild One’ was the Triumph Thunderbird, a Household Name in the USA 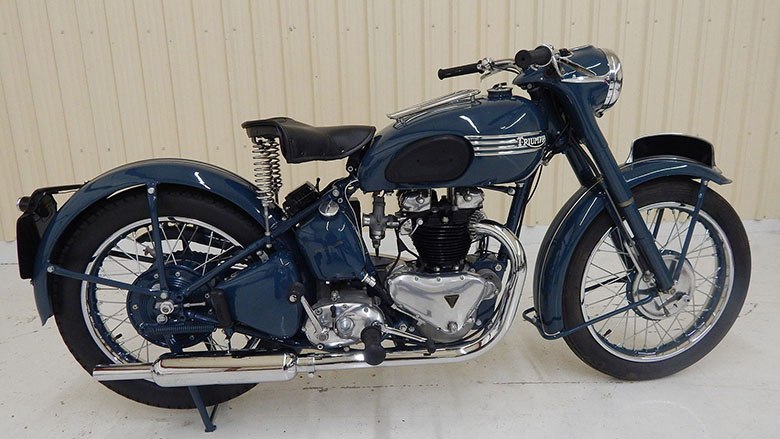 In popular culture, the concept of cars has been heavily interwoven across generations. Perhaps the highly prominent example of this is the emergence of JDM culture in North America following the appearance of the Toyota Supra and Mitsubishi Eclipse in the Fast and the Furious film series. Marlon Brando sat behind the wheel of the Triumph Thunderbird in the 1953 movie The Wild One. The 1949 model he rode had a certain allure, and its distinctive visual appeal attracted both moviegoers and bike enthusiasts across the country, making the motorcycle more popular than ever happened.

Triumph Thunderbird Got Its Unique Name from a Hotel 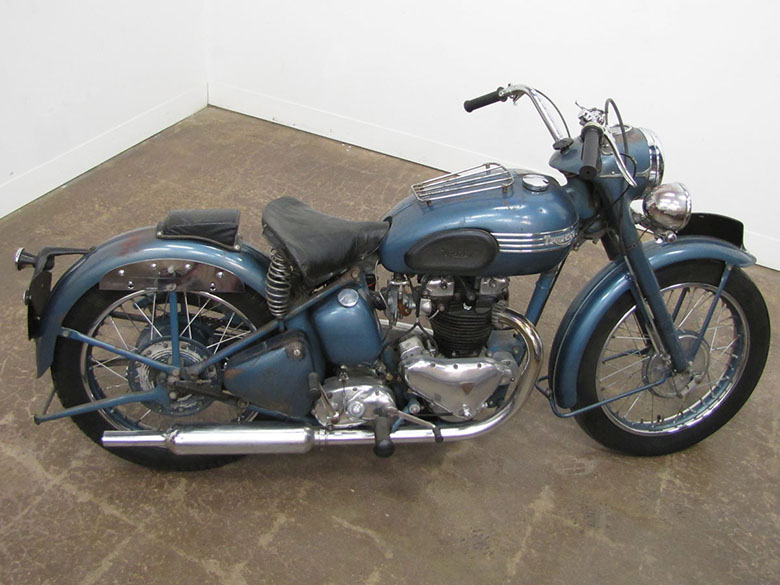 Collectors Pay Well Over the Creative Price for This Historic Motorcycle 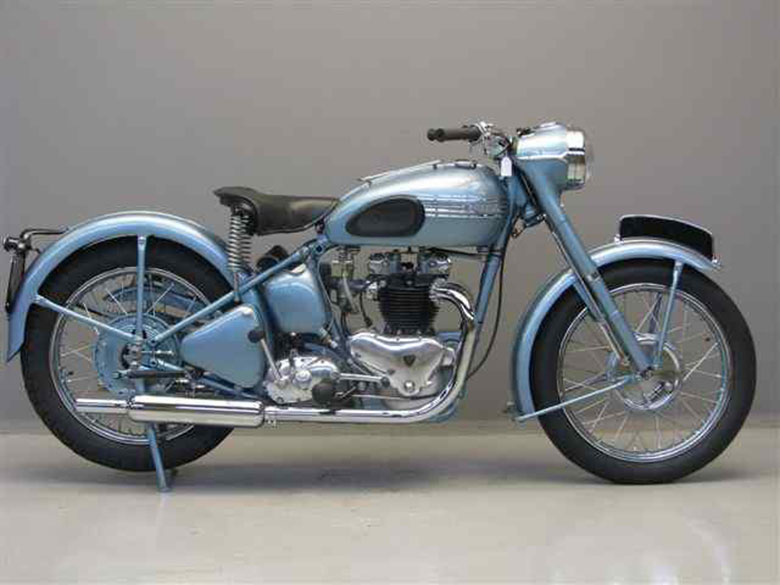 In the mid-1950s, the Triumph T6 Thunderbird, the original model, started to shine. Although actual examples of this motorcycle are rare, collectors who genuinely want one to grace their garages will pay a hefty premium for one of this vintage. The price of the T6 Thunderbird is derived from its historical value, and according to Hagerty, a first-generation Triumph Thunderbird in good condition is around $19,100. In September 2022, a 1951 Thunderbird model sold for over $20,500.

Triumph Thunderbird Storm is an Unkindest Version of the Famed Nameplate 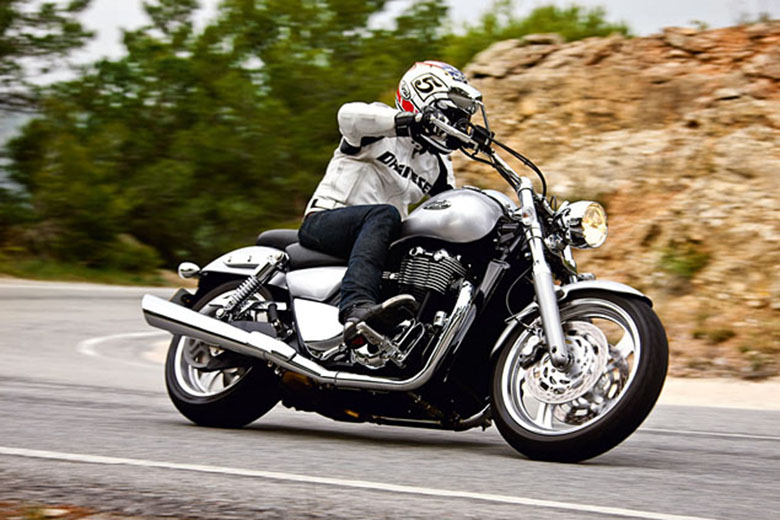 There will undoubtedly be many changes to the old nameplate, like the Triumph Thunderbird. Thunderbird is the most significant and scariest storm of all time. When this motorbike made its debut in 2011, it had a long feature list and had quite a following as it was quite a robust bike that was very user-friendly, even for beginners. The muscle cruiser’s 1699cc engine produced 98 horsepower and 115 lb-ft of torque, giving the car’s name full justice to the exhaust note it made. The Triumph Thunderbird is quite a looker in its contemporary look with its dual headlamps and blacked-out paint job. 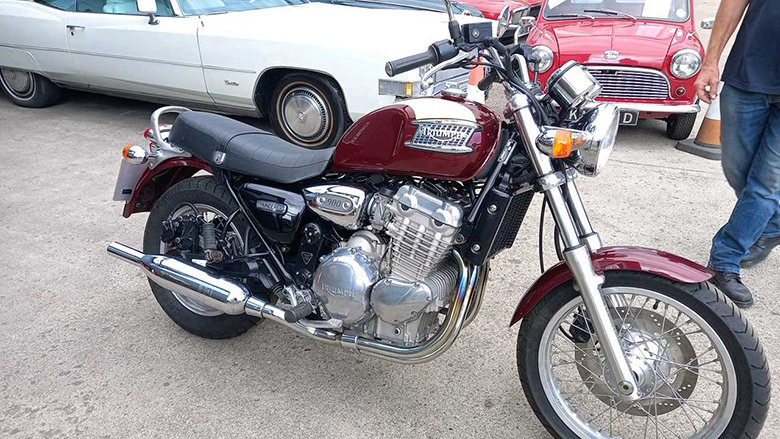 The first phase of production and development of the Triumph 6T Thunderbird began in 1949 and lasted for 17 years until 1966. The 1966 Thunderbird, the last model year, even appeared in the famous Love Story once, in 2006. A 15-year hiatus from the use of the Thunderbird moniker before the vehicle was reintroduced in 1981. The 750cc Bonneville engine, which powered the 1981 TR65 Thunderbird, was still 650cc and had a short-stroke design. However, by then, the Thunderbird was the least expensive bike available from Triumph and was equipped with essential equipment such as disc brakes in place of drum brakes at the rear and no tachometer.

1994 Triumph Thunderbird Propelled Re-Entry into the US Market 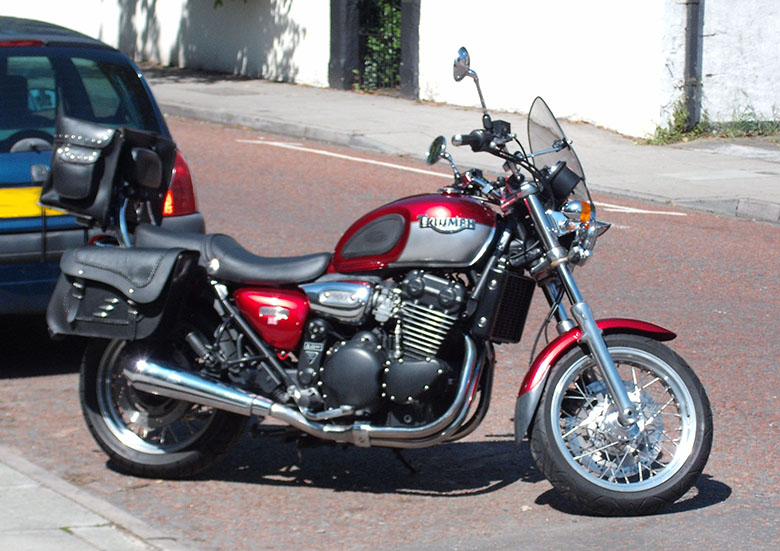 Triumph moved its headquarters to Hinckley in late 1994, and the new Triumph firm unveiled the new Triumph Thunderbird 900. The English manufacturer’s re-entry into the US motorcycle market was greatly aided by this stunning motorcycle for the brand. Triumph was able to capitalize on the nostalgia for the original Thunderbird by reintroducing the name, making people think back to the brand’s heyday in the 1950s and 1960s. The engine’s peak power was reduced from 98 hp to a mere 69 hp, redesigned for better torque in the lower rev range. However, the Thunderbird nameplate pulled its weight and helped Triumph begin its American revival.

Triumph Has Not Manufactured the Thunderbird for Half A Decade Now 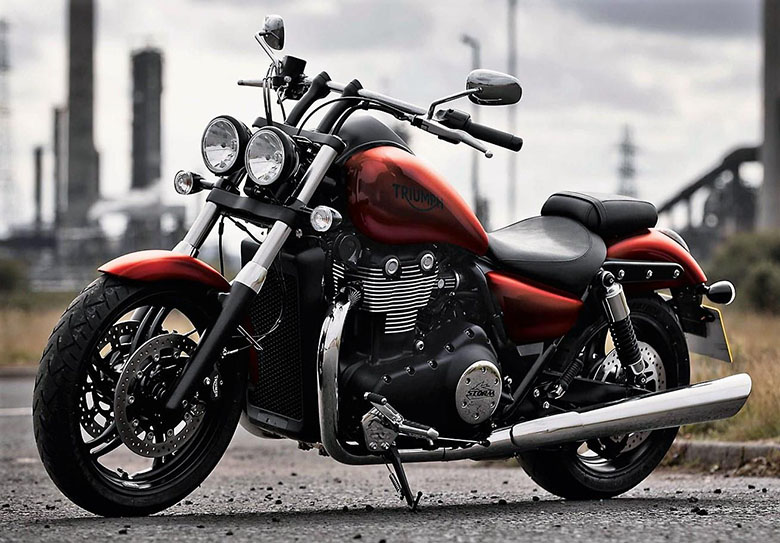 Although the Triumph Thunderbird has been famous worldwide and generations, the English motorcycle manufacturer has not worked on the model since 2018. Sadly, the bike did not comply with pollution requirements and laws when it was no longer manufactured. 2018, when it was called a Thunderbird storm. Every motorhead in the world, including us, is looking forward to restoring this venerable machine. We sincerely hope the Triumph Thunderbird retains its 1700cc engine and all the great qualities and features that have made it a popular option among enthusiasts if it ever comes back.