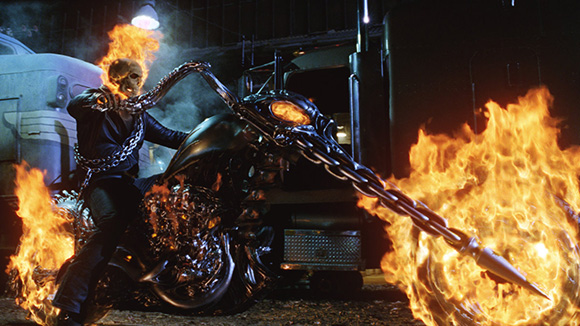 The cars and bikes have always been a center of attention in a lot of movies and in this article we are going to discuss the list of Top Ten Best Movie Bikes. There were a lot of movies in history which mainly got attention due to their outstanding motorcycles. With the passage of time, every movie director thinks to add some bikes in the movie while every manufacture dreams to make the bike beautiful enough so that it can be used in different movies. These bikes may directly come from the production line or may have some modification. Following is the list of Top Ten Best Movie Bikes. 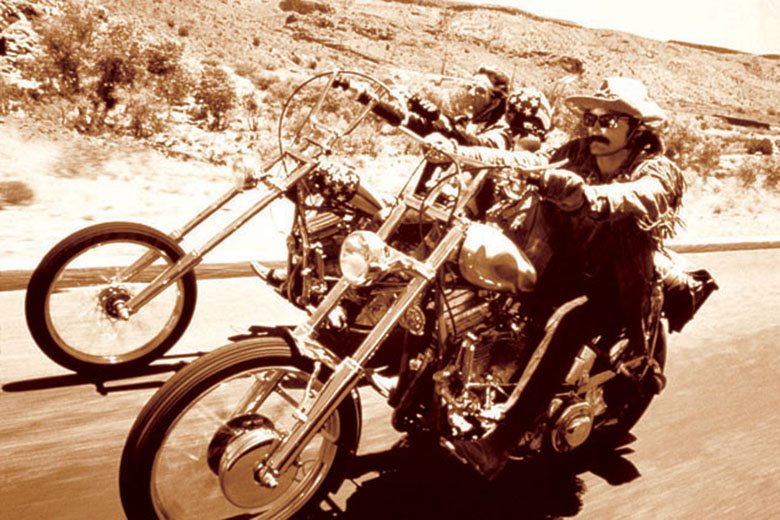 The Easy Rider was the famous movie in which Peter Fonda rode his Captain America bike throughout the film with his co-star Dennis Hopper. This custom motorcycle is a bit modification of Harley-Davidson Hydra Glide which also serves in the police department as well. Most of the bikes used in the movie were stolen just before the end of shooting. One bike which was found after the film was rebuilt and it was placed in the National Motorcycle Museum in Anamosa where it was sold for $1 million. Later on, some of the copies were built and sold. 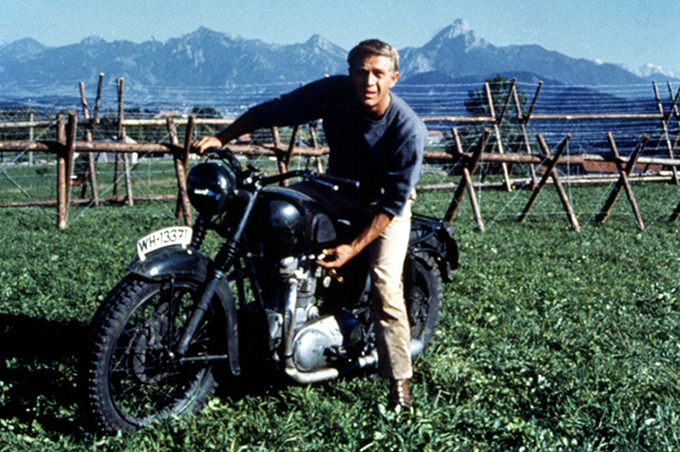 The Great Escape was another impressive movie which uses the 1961 Triumph TR6 Trophy Bird. The famous movie star Steve McQueen rode the bike. The bike was painted in a way so that it looks like a German motorcycle. In the movie, McQueen had to jump over the wires fence but he did not jump due to some insurance reason and this stunt was performed be his stuntman. This bike is also placed on the list of Top Ten Best Iconic Bikes. 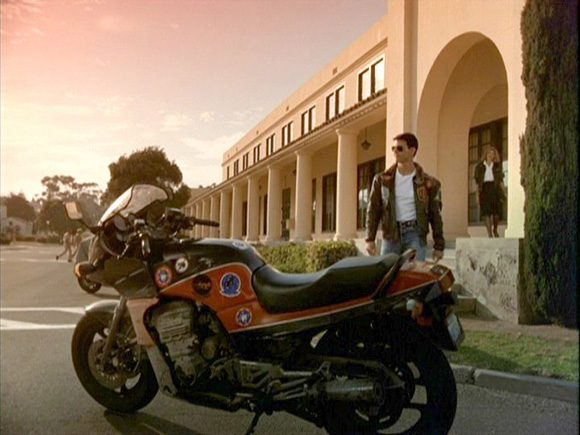 In this Movie, Tom Cruise rode the 1985 Kawasaki GPZ900 R when he was 23 years old. This bike was very famous at that time, even today, due to its sports bike look and outstanding performance. It is placed in eight positions among the list of Top Ten Best Movie Bikes. 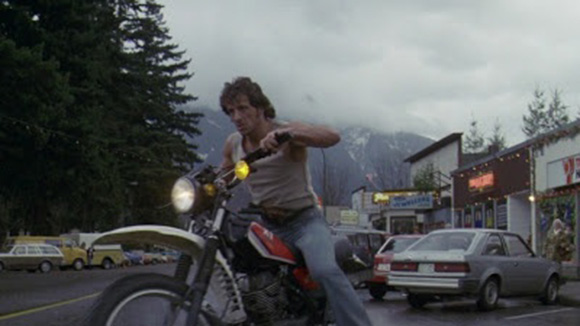 Sylvester Stallone also was known as John Rambo starred in an amazing First Blood movie and rode impressive Yamaha XT 250 in it. He covered the long distance in three minutes and in these three minutes he passed through sidewalk pedestrians, traffic, gunfire, rocky trails and railroad tracks as well. 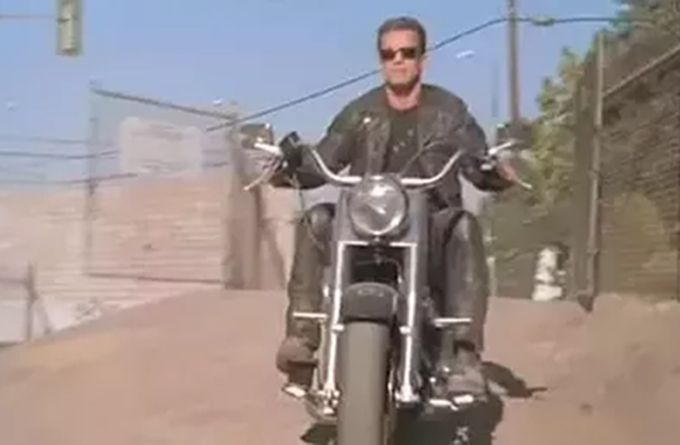 In this movie, the famous heroin Angelina Jolie rode the 2009 Triumph Street Triple R. The own some bikes in her real life and have a craze of bike riding. The selection of Triumph Street Triple R was perfect for the movie “Salt”. This motorcycle features the powerful 675cc engine and is best known for its ultimate performance and outstanding maneuvering. 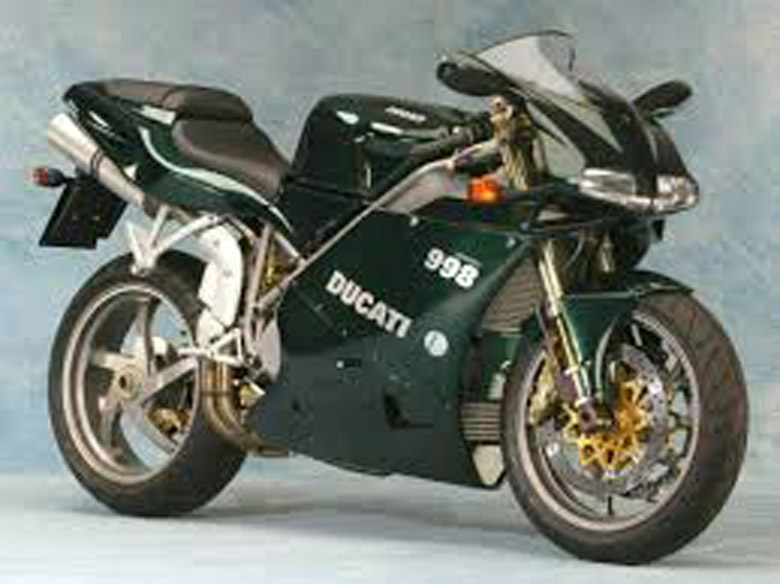 The matric Reloaded is another impressive movie in which Carrie-Anne Moss rode the famous 2001 Ducati 996 for the freeway chase scene and it is also included in the list of Top Ten Sports Bikes used in Hollywood Movies. The Ducati 996 in black color was an impressive choice by a filmmaker for the chasing scene in which Carrie-Anne Moss has to dodge traffic flow as well. This scene was truly like a part of MotoGP race and is placed at fourth place among the list of Top Ten Best Movie Bikes. 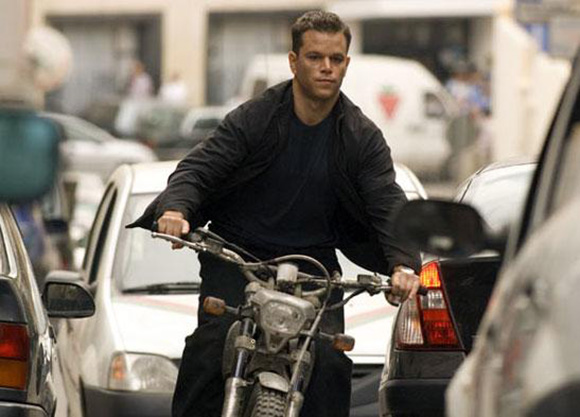 The Jason Bourne (Matt Damon) is the popular man due to his capabilities of doing amazing things with everyday things including motorcycles. This man not only rode the bike but has jumped from this small 4RT. In the chasing, we witness some excellent motorcycle riding skills by Bourne which makes him an ideal. 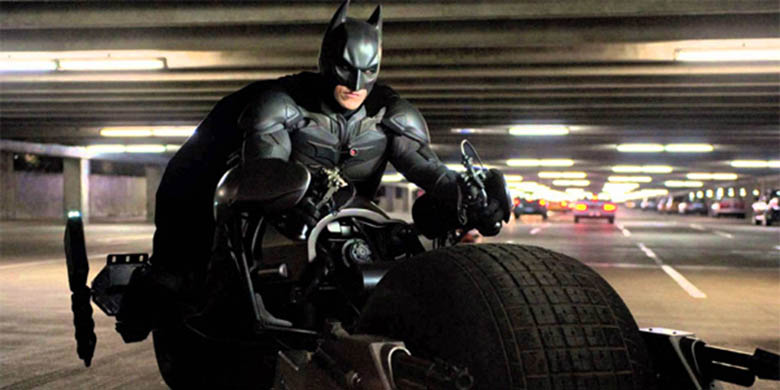 The Bat-Pod is the custom-made monster motorcycle, which was made for an ultimate chasing and killing machine. This machine was ridden by Christen Bale and with the support of his stunt riding team and experts. It features the long wheelbase and wide wheels, which gives it a unique military look. The impressive thing is that the wheels could also rotate laterally and some other features that no one can see on the real bike. It was an ideal bike for Bruce Wayne to beat evil. This bike is also included in the list of Top Ten Iconic Bikes Used in Movies.

One of the most impressive bikes is Custom HD Panhead Chopper rode by Nicholas Cage in Ghost Rider. This bike was on fire during the ride, which is hard to believe but it actually happens in Ghost Rider that why we have placed it on first among the list of Top Ten Best Movie Bikes. The Cage has to fight against evil on his bike Panhead Chopper, which was actually the Captain America bike in Easy Rider Movie. This time they gave it an angry transformation with the huge skull for a headlight and chains for forks.

This article is about the Top Ten Best Movie Bikes and it is covered under www.bikescatalog.com. With the advancement of the film industry, each director and producing is trying to give a variety of things in his films that’s why they are even willing to use customized bikes or production bikes. These bikes serve an important role in chasing scene or any other stunt scene. The popularity of bikes in movies will always remain on its peak no matter what kind of film you are watching. 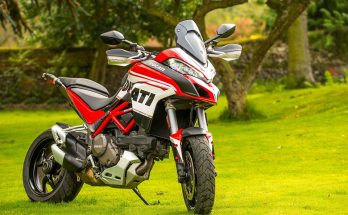 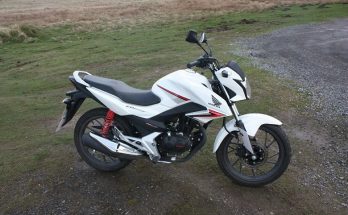 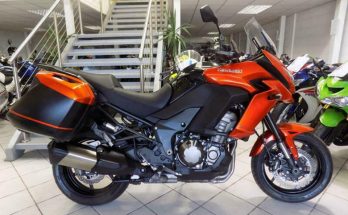