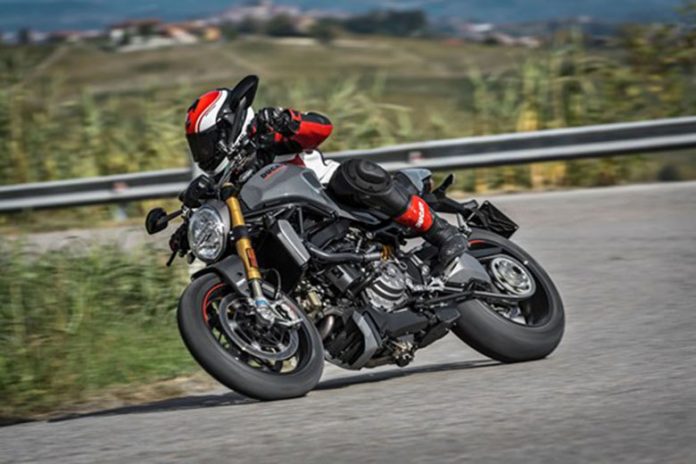 Over the last two decades, motorcyclists’ hearts have been beating over the new Monster 1200 S. Even more gorgeous, even more, technically advanced, but yet indisputably Monster, the latest iteration of the iconic sports vehicle. To make it more compact, leaner, and sportier-looking, the new Ducati 2019 Monster 1200 S Naked Bike was utterly redesigned. There’s no denying that the lines and volumes reflect the famous Monster in a contemporary interpretation. In addition, the tank hook from Miguel Galluzzi’s original Monster is back on the new Monster 1200 S. 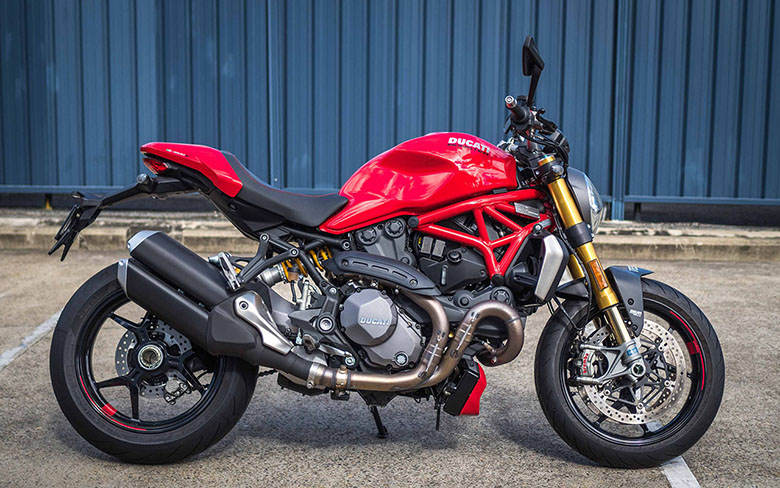 While working on the Monster 1200 S, the Ducati Design Center wanted to create a bike that was both small and sporty, returning to the “sport naked bike” concept without making significant changes to the present motorcycle’s design. The tank, which is more “tauter” and more contemporary, has undergone much attention, but the overall design remains true to Galluzzi’s original vision from back in 1993. The anodized aluminum attachment clip also has come back to emphasize this connection to the past.

The steel Trellis subframe supports the short, beautiful tail while allowing riders to choose a seat height of 795 or 820 mm. Footpegs belonging to the passenger are now housed in the subframe. The Monster 1200 S now has a sportier stance and improved ergonomics due to its new design.

Headlamps have long been a trademark of the Monster brand. It has been completely redesigned for the Monster 1200 S and now has two parabolas and the DRL (Day Time Running Light). With this new headlight, further instrument panel support was required, directly connected to the handlebar risers. Indicators were positioned under the top yoke rather than on the headlight, making the front end seem “lighter.” The motorcycle has been upgraded with new switchgear as well.

Reduced and simplified plastic components have been a significant achievement for Ducati’s Design Center. More “technical”-looking radiator and exhaust manifold guards, and a more compact expansion tank lid. The frame now takes center stage when seen from the side.

More than two decades after the model’s release, Ducati continually tweaks and improves it. Throughout the last two decades, a motorcycle that has been reshaped and reimagined has been a favorite for those looking to customize and personalize their rides. 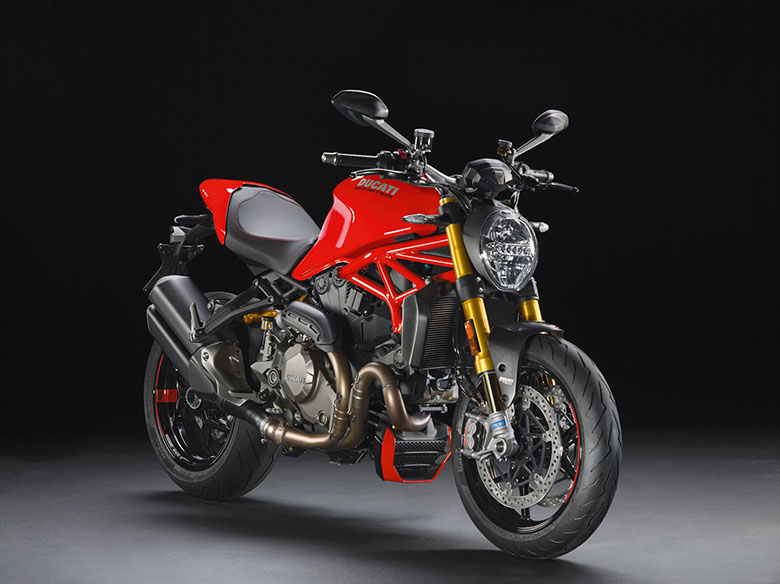 The Monster 1200 S is propelled by an 1198 cm3 liquid-cooled twin-cylinder Testastretta 11° DS 1198 cm3 engine with four valves per cylinder. With the Trellis frame, the engine is a structural component of the chassis set-up and is Euro 4-compliant. Incredibly, this engine can produce 150 horsepower at 9,250 revolutions per minute. To achieve a maximum torque of 126.2 Nm at 7.750 revolutions per minute, the throttle bodies and exhaust systems were redesigned.

A twin-spark system and oval Mikuni throttle bodies (equivalent diameter 56 mm): the double flame front ensures complete combustion within an ultra-brief interval, giving—together with the secondary air system that optimizes performance by reducing combustion cycle dispersion but without impacting emissions—a smoother power delivery and an even more enjoyable, exciting ride, as well as an improved fuel economy. The engine is kept cool by a curved radiator with two high-efficiency electric fans.

The Monster clutch, on the other hand, is a slipper-style oil bath clutch that requires no effort from the wearer. The spring load is progressively increased by using a progressive self-servo system. As a result, journeys that need frequent gear changes (such as those seen in city traffic) or longer distances are made much more pleasant. When downshifting hard, the clutch disc pressure is reduced, allowing a slipper to engage in stabilizing the vehicle’s rear end.

With a 50-52mm cross-section and 2-1-2 system, the exhaust ducts provide the best possible power output and delivery efficiency for both cylinders. A lambda probe is installed in each cylinder as part of this system, allowing for entirely autonomous and optimal vehicle refueling. 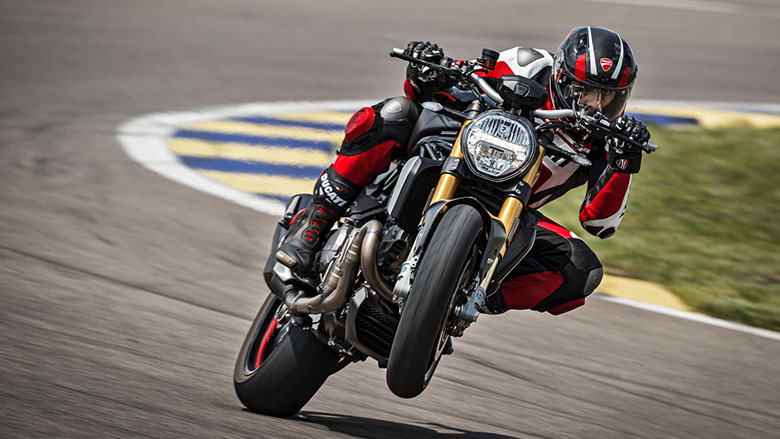 Ducati’s dedication to quality and reliability means that the Testastretta 11° DS engine in the Monster 1200 S only needs to be adjusted once every 30,000 kilometers (18,000 miles).

When it comes to the Monster 1200 S, the Trellis frame, initially designed for the Panigale project, is connected to the cylinder heads and serves as a load-bearing element. For bikes with dynamic performance requirements, a small cross-section tubing and a compact, light frame are appropriate. Monster 1200 S’s new, beefier swingarm and short, 1,485 mm wheelbase is remarkable additions.

Rear passenger footpeg struts have been added to the engine-directly linked subframe that carries the seats in the back. Since the rider’s feet need greater freedom of movement, sport-style riding calls for separate footpegs. Pegs made of aluminum have been utilized for both riders and passengers, with the attachments being made of metal. Riders may protect their heels with metal heel shields mounted on the Monster pegs. 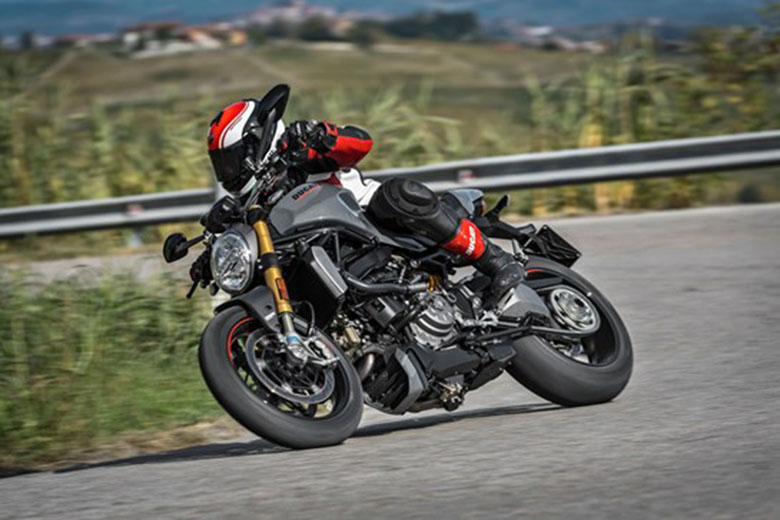 Both the Ducati 2019 Monster 1200 S Naked Bike have 10-spoke Panigale alloy wheels measuring 3.5″ by 17″ in the front and 6″ by 17″ at the rear, with a total of two sets of wheels available. The wheels of the S version include additional “S” graphics to underline the vehicle’s racing origins. For severe cornering, a set of 120/70 Pirelli DIABLO ROSSO III dual-compound tires (mounted front and back) guarantees that there is no loss of grip. High-quality Pirelli tires employ Enhanced Patch Technology (EPT) and Functional Groove Design (FGD) to increase the contact patch area independent of lean angle.

They use four-piston Brembo M4.32 monobloc 4-piston radial calipers, which are shared with the Panigale’s brakes on the Monster 1200 and Monster 1200 S. For the rear, a single 245 mm disc is held by a Brembo caliper that installs high efficiency sintered brake pads. The front brake radial pumps on all models have separate reservoirs. The Ducati brand has long been known for its superb braking performance, which these components provide in spades.