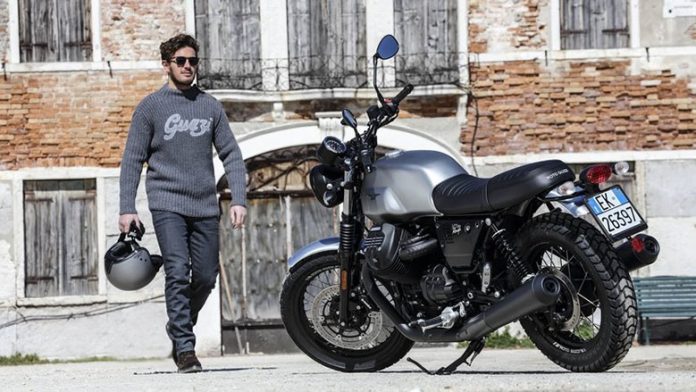 One that exudes effortless elegance and perfectly combines the finest of traditional and modern design. In terms of Moto Guzzi bikes, the 2020 V7 is one of the best-known models. This international recognition is due to its ability to maintain Moto Guzzi’s high standards and reputation. Since 1967, when the first V7s were introduced in Italy, the model has been a pillar of the product range. It’s a classic Italian motorcycle loved by a wide range of people, and it’s a true icon of the country’s motorcycle culture. 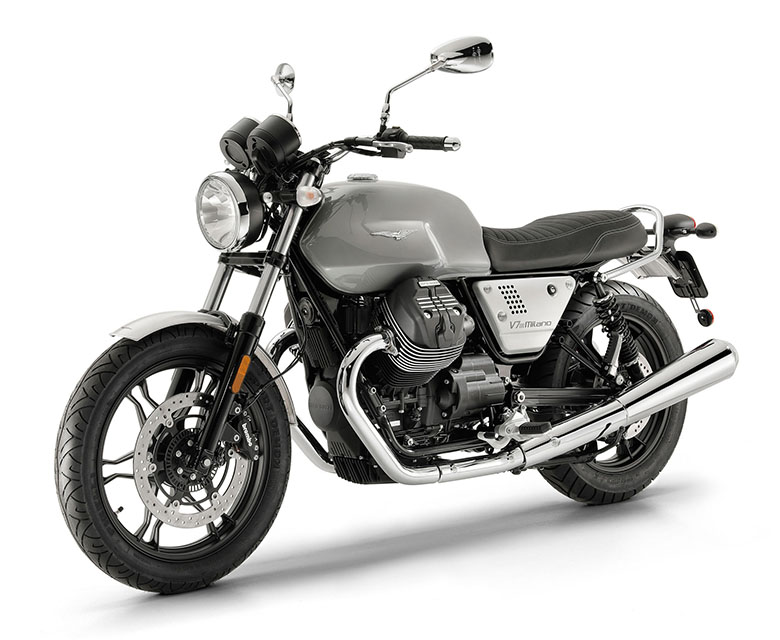 Having a V7 now is a lot of fun

The third generation of Mandello’s “seven-fifty” will remain the Moto Guzzi entry-level model. Moto Guzzi motorcycles are known for their robust and original character, evident in the transversal V-twin engine, a one-of-a-kind arrangement. It’s also one of the smallest and nimblest bikes in its class, making it a joy to ride. Style, standard equipment, and road performance were all essential considerations in the V7’s design since they all contribute to the overall experience of riding and owning one.

There is still certain originality to the design of the V7 III that conveys Moto Guzzi legacy while also satisfying modern motorcycle requirements. Exhaust manifolds and engine heads with huge dimensions create the impression that the V7 III is a mature and robust bike, even though it is one of the most accessible and streamlined motorcycles. However, the metal fuel tank has kept the same, with its 21-liter volume and design based on the 1971 V7 Sport. Side fairing and injector covers, with their sleek appearance, also make an impression. The saddle of each Moto Guzzi V7 III model is unique, having its graphics and finishes. The V7 III Stone and Rough features a single circular instrument display, in line with their status as “essential” motorcycles.

On the Special and Racer variants, the rev counter is shown in a second circular display. Aside from the odometer and MGCT (traction control) level, the digital box contains all other information, including trip time, instantaneous and average consumption, air temperature, average speed, and the engaged gear indicator. The rider can adjust the maximum and minimum rpm values for this indicator. For example, you may use this technique to optimize the bike’s performance or reduce fuel consumption within a specific range of engine rpms. The rider interacts with the equipment by pressing the button on the right-hand electrical block. Additionally, there is the Moto Guzzi multimedia platform MOTO GUZZI MIA, which connects your smartphone to the vehicle and delivers a wealth of information that you may utilize while riding.

Moto Guzzi brand is well-known for the quality of its frame construction. As far back as 1970, the LAPD – Los Angeles Police Department selected the V7 police after a proper testing process to join the LAPD squad, establishing the Larian brand’s competence on the issue globally. To offer superior dynamic performance in corners, the third version of the Moto Guzzi V7 steel frame joins a wholly reworked and strengthened front end with a redesigned steering geometry. It ensures we improved handling and stability, as well as better weight distribution. 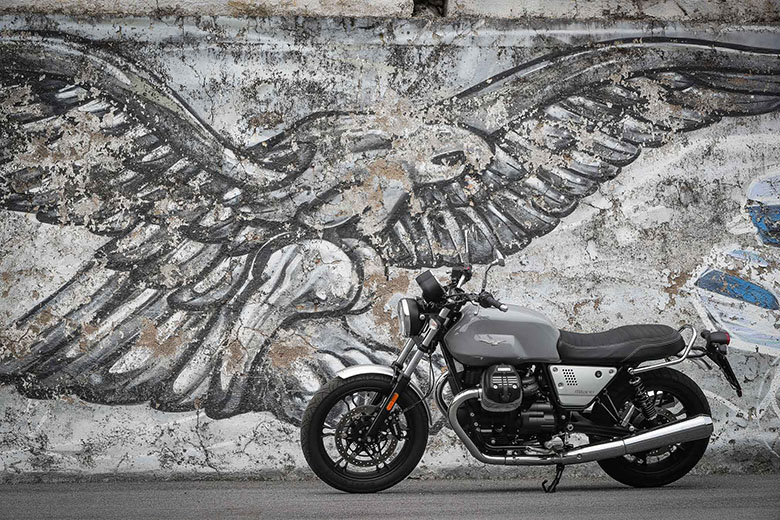 The welding and paint have gotten extra attention because of the need for such thorough care and finishing. As a result of its quality and the inclination of their mounting point to the frame, Kayaba shock absorbers provide a gradual, controlled response in any circumstance, even while riding two-up. The passenger’s seating position is made more comfortable by the low and front footpegs. The saddle-handlebar-foot peg triangulation is suitable for various riders because of the lower saddle (770 mm from the ground) and the proper positioning of the aluminum footpegs.

If you’ve ever wanted to see something unusual, go no further than Giulio Cesare Carrano’s Moto Guzzi transverse V twin-cylinder engine. It was first developed in 1967 owing to Carcano’s remarkable vision and has since become a vital component of the bike’s design. To maximize rider satisfaction, the V7 III’s small-block engine has been completely reworked to enhance both performance and reliability.

To provide pep and a reliable engine brake, the aluminum crankcase employs a crankshaft with calculated inertia. Improved engine performance and reduced fuel consumption may be achieved via the crankcase lubrication system’s ability to dissipate heat effectively. The internal pumping of the crankcase chambers is prevented by a venting system and a lesser capacity oil pump that can absorb less power. Piston cooling oil jets including flow control and management valve, have been installed to the intake duct for the oil pump, along with a new by-pass valve. The blow-by gas output is found on the cover of the alternator. 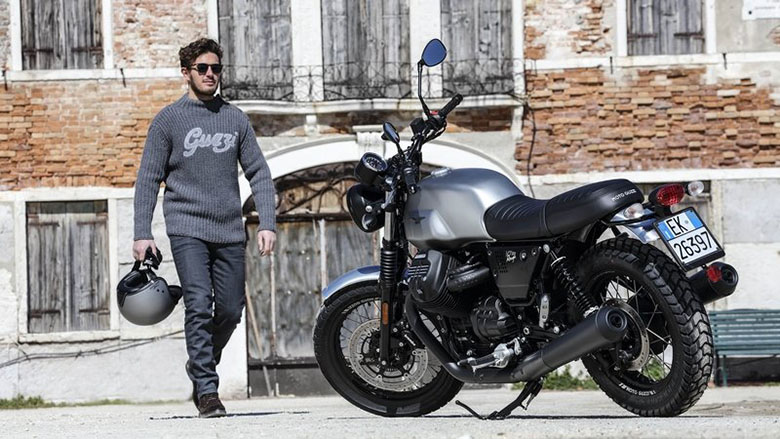 The V7 III’s aluminum cylinder heads, pistons, and cylinders are new in contrast to the V7 II, despite the bore and stroke, and therefore the engine displacement, being the same. It confirms the V7 III’s status as a Moto Guzzi entry-level motorcycle line. A pushrod and rocker system operate two valves per cylinder; however, they are slanted in the head (which is more efficient). Single-body Marelli electronic injection controls the fuel system, monitored by an electronic control unit. In the exhaust system, dual pipe manifolds are employed to improve thermal insulation. To fulfill Euro 4 emission standards, the Moto Guzzi twin 750 has an additional intake in the heads, a triple catalytic converter, and two lambda sensors.

With 52 horsepower at 6200 rpm and 60 Nm of maximum torque at 4900 rpm, the torque curve is flat and guarantees ease of use with the trademark Moto Guzzi attitude and quick response. An All-new A2 class driver’s license-compliant variant is also available that is perfect for new Moto Guzzi riders who want to take benefit of the V7 III’s lighter weight and more diminutive stature, as well as the overall simplicity of riding. The 170mm of dry single disc clutch on the Moto Guzzi engine improves longevity and reliability while also reducing stress on the lever at the handlebar, all of which contribute to the bike’s mouldability and enjoyment of riding. The six-speed gearbox is similar to the V7 II’s, but the first and sixth gear ratios have been lengthened somewhat to use the engine’s torque and power better.

It’s no secret that Moto Guzzi has long been a safety-conscious brand. ABS and MGCT (Moto Guzzi Traction Control) systems on the V7 III are both user-adjustable. To prevent the tires from locking up, a Continental two-channel system is used, while a second system avoids the rear wheel from spinning when accelerating. In low-grip conditions like slippery asphalt or wet, the MGCT system contains one more cautious sensitivity level that is suitable and one designed for the enjoyment of riding safely on dry roads. Recalibrating the rear tire circumference to account for wear or use of a tire with a different profile from what was initially installed is another aspect of the MGCT system that ensures precise traction control. 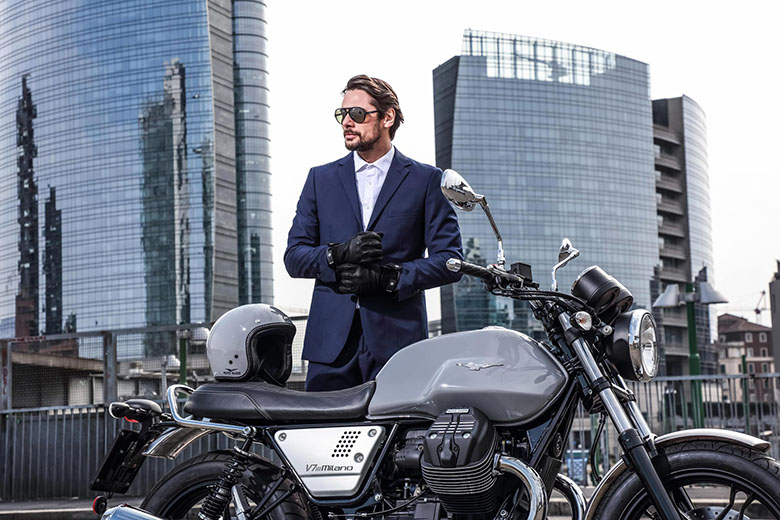