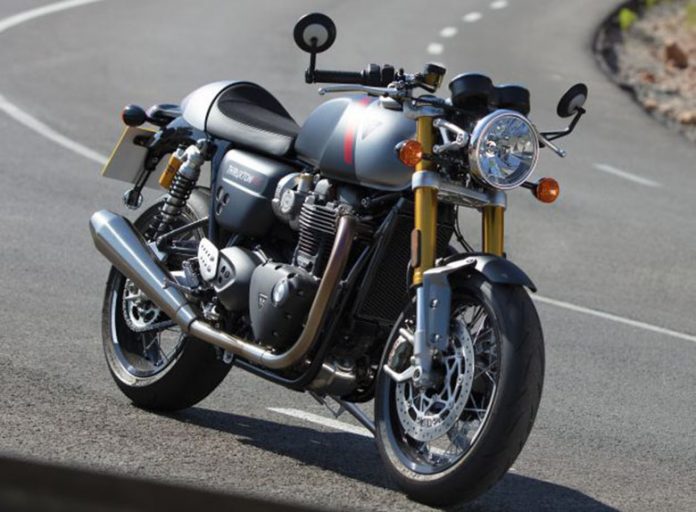 The Thruxton 500 and the Isle of Man TT have inspired a new generation of passionate cafe racers, making the moniker “Thruxton” a globally recognized motorcycle racing symbol. For the first time, the new 2020 Triumph Thruxton RS Modern Classics Bike model has been designed and developed to take the legend even further, combining all the original cafe racer design DNA and pure original flair with current Thruxton capabilities while establishing a new level of performance.

When the first Thruxton was born, it was a vital factor in developing motorcycle racing on both sides of the Atlantic. The ‘Thruxton’ was a dominant force beginning with the famed Thruxton 500 race series in the late 1950s when the racing ‘Bonnie’ originally acquired its name. British icon Mike Hailwood took the first top step. Malcolm Uphill won the Isle of Man TT production race in 1969, the first time a factory Thruxton model broke the 100 mph average lap speed barrier. In the ’60s, it was also the go-to road bike, spurring a new generation of young cafe racers to take up the sport.

The Thruxton has remained the original cafe racer for three substantial generations, embodying its flair, attitude, and distinguishing features. A new iteration of the Thruxton R – the Ultimate Cafe Racer – was released by Triumph in 2016 to worldwide acclaim. To fully live up to its name, this is a contemporary roadster with genuine poise, real power accompanied by distinctive finishes and unique craftsmanship, and the most significant engine and suspension specifications. 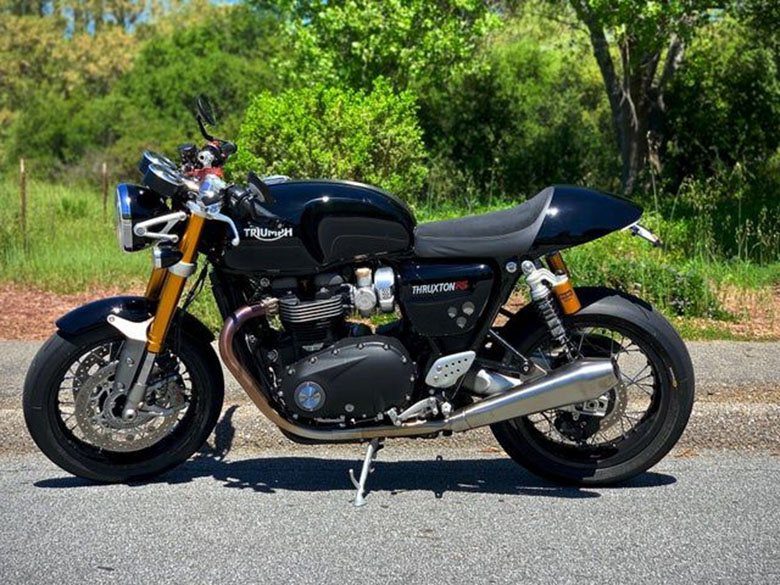 In comparison to the previous model, the new Thruxton RS has 8PS greater power. High-compression pistons, redesigned ports and cam profiles, a secondary air system, and a slew of lighter-weight engine components are all achieved.

With these engine improvements, the Thruxton’s inertia has been reduced by 20% and the RS engine is more responsive and characterful, revving 500rpm higher than the R.

The unmistakable British Racing Twin sound and the deep, raw tone that the Thruxton’s renowned name demands are delivered by the bike’s characteristic twin upswept silencers and an all-new Euro 5 specification catalytic converter. 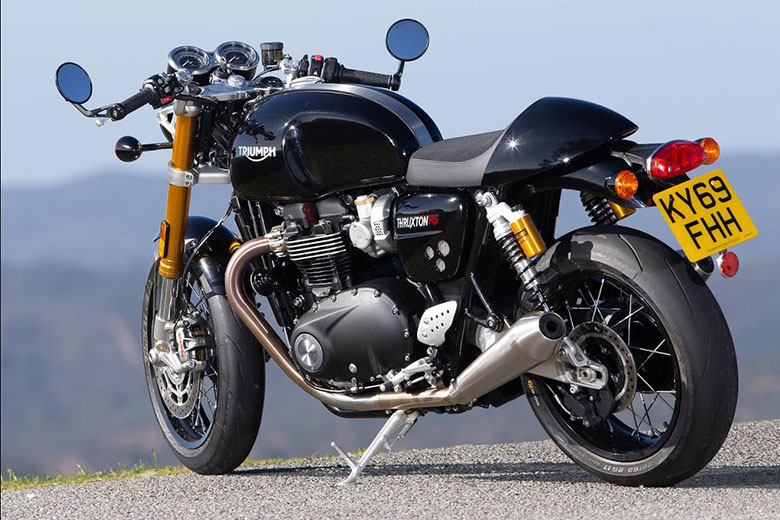 Fuel economy and emissions improve because of its Euro 5 homologation, which hides the Thruxton RS’ liquid cooling system behind a beautiful appearance. Overall ownership costs are decreased when combined with a first major service interval of 10,000 miles (16,000 kilometers).

The 2020 Triumph Thruxton RS Modern Classics Bike is six kilos lighter than the Thruxton R, thanks to engine component upgrades and a smaller weight battery, making it more dynamic and agile. 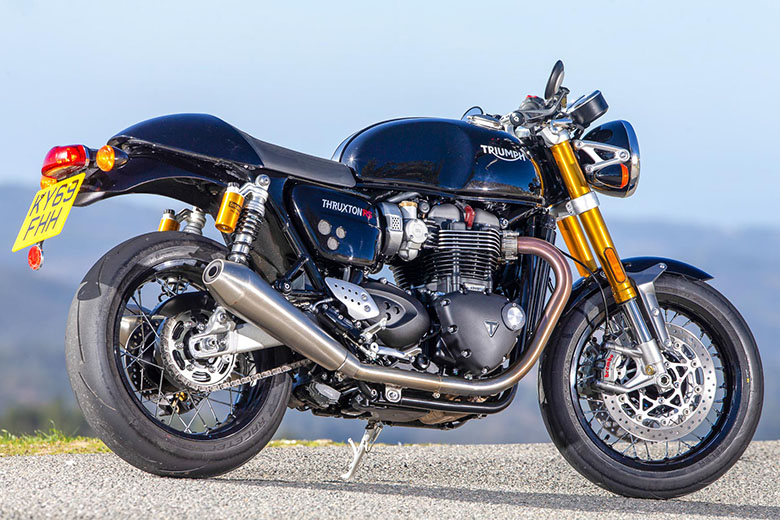 The Thruxton is a unique, elegant, and genuine motorbike, and the all-new RS version is the subsequent development of this iconic marque. It has produced motorcycle history and symbolized a generation of cafe racers. The Thruxton RS is Triumph’s most modern-looking Thruxton ever, combining the famous original cafe racer design with a new blacked-out bespoke appearance, muscular poise, and a slew of finely crafted premium extras. 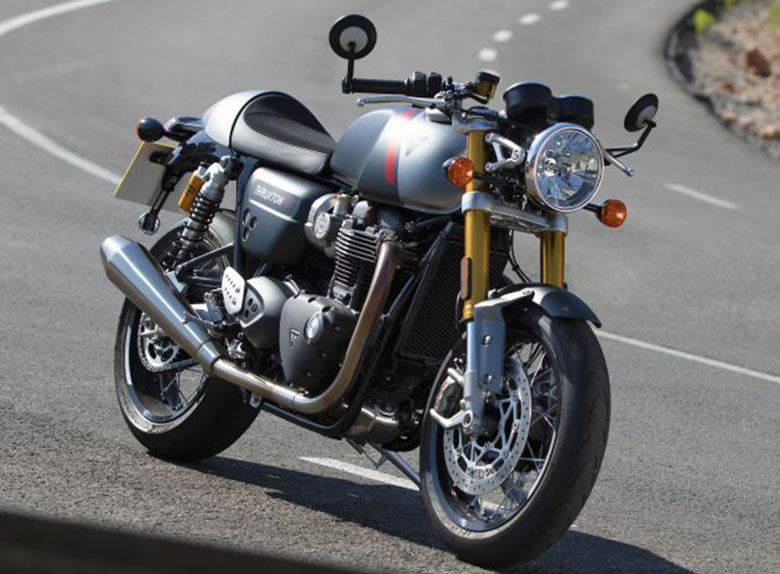 The new 2020 Triumph Thruxton RS Modern Classics Motorcycle is available at $16,200 only. 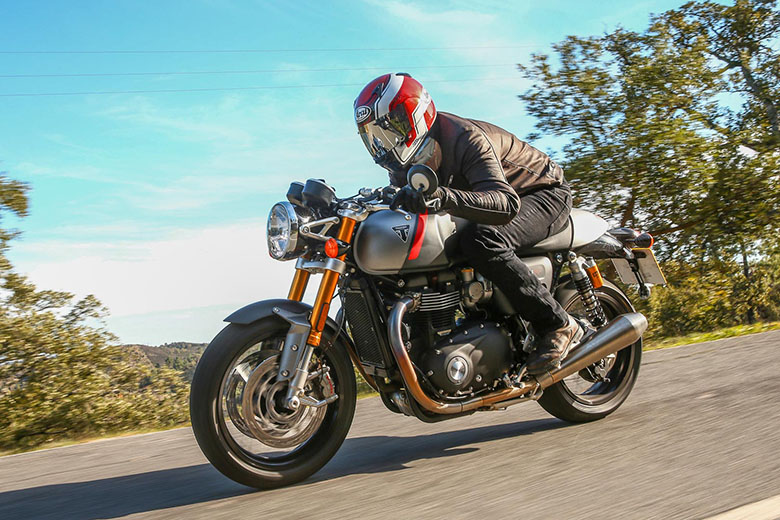 The ‘Thruxton’ was a powerful force starting with the renowned Thruxton 500 race series in the late 1950s; when the racing ‘Bonnie’ initially gained its name, the new Thruxton RS model was conceived and developed to carry the legend even further. Mike Hailwood is a British legend.

In the wake of the Thruxton 500 race and the Isle of Man TT, the name “Thruxton” has become an internationally known motorcycle racing icon.