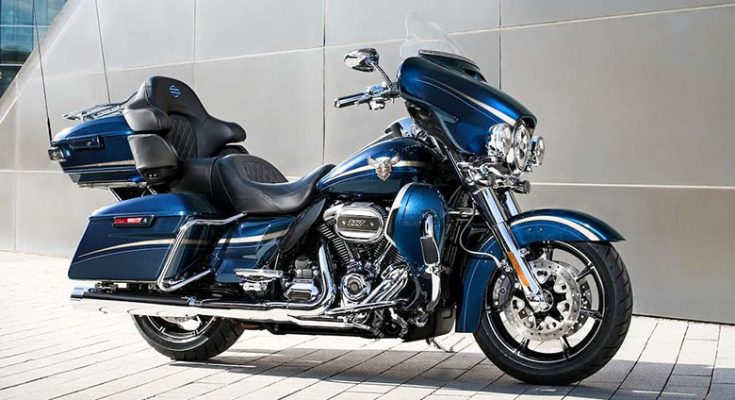 The wide variety of high prices has caused much confusion about when a product crosses the line and is considered expensive. What bikes are regarded as high prices? We will try to identify bikes in this guide that are admittedly rare. The bikes such as Ecosse Heretic, Vyrus or Icon Sheene are possible to buy, but the truth is that they are not real production built bikes but are built on special orders. So, today we have made the list of Top Ten Most Expensive Production Motorcycles in the UK that will help our reader a lot.

Here we are considering proper production bikes that you could quickly get from your local dealer. Our list also consists of Japanese mass made models with Italian exotica. The bikes mentioned in this guide are priced as same as a Mini Cooper s or less bottom range of BMW 3-Series, the majority of these bikes aren’t even that overpriced as they are considered and get the comments of being in a field where you can buy a car. 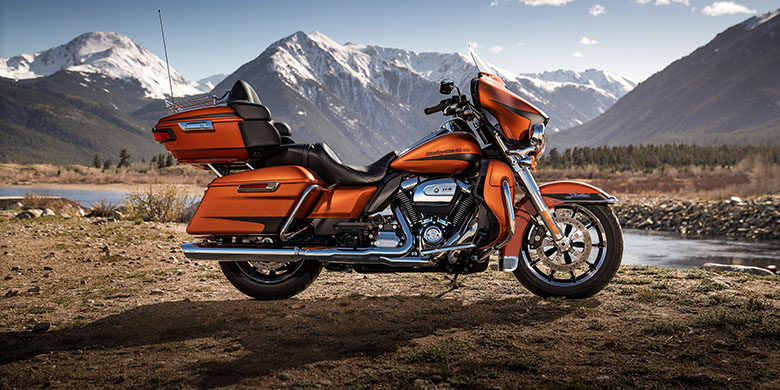 This Harley-Davidson Ultra Limited is available at £21,395. This bike is in Harley’s massive list which is most high priced Harley apart from its CVO’s range. This bike has a perfect vision of a touring H-D, two-tone paint, Chrome, the lot and armchair pillion seat. But in actual, this is Harley’s latest ‘Rushmore’ machine; voice activated infotainment, complete with part water cooler engine and touchscreen display. The price range that it holds seems relevant for all the features this bike has to offer. 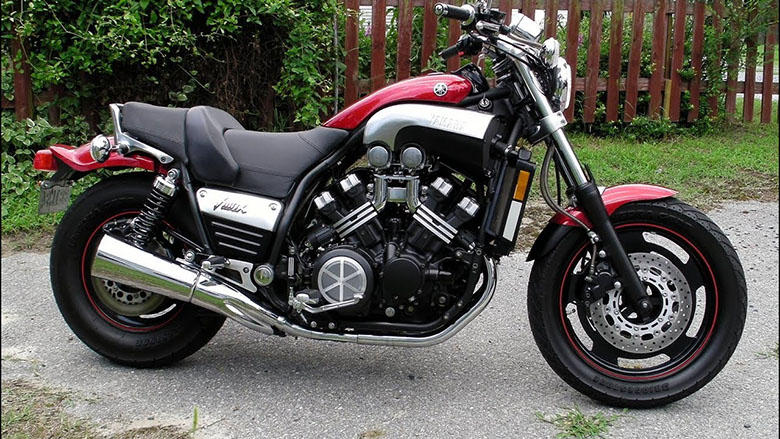 This V-Max is available at £ 21,499. The latest engine, which has nearly 200bhp V4 engine and fantastic styling, will surely get your attention. The bike finds it hard to justify that you would spend this much of amount over a Japanese motorcycle even though it surely has a wow factor. The reason why you don’t see so many V-Max around is that the price range of Ducati Diavel and Diavel Carbon priced £14,995 and £16,750 are much lower as compared to this bike. 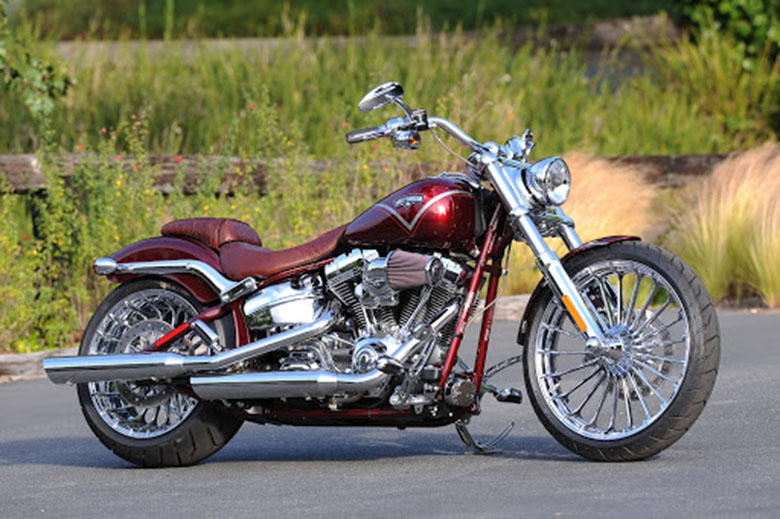 This CVO Breakout has a price of £21,995. It’s another factory made custom bike from Harley’s CVO range. Harley’s cheapest bike range is CVO, which can’t be easily guessed by looking at its chrome and paintwork. The main characteristic of a custom bike is to be unique, and we can see that the attraction is gaining your attention, but it shouldn’t be something that has come out of a firm from the rows of the same machines. 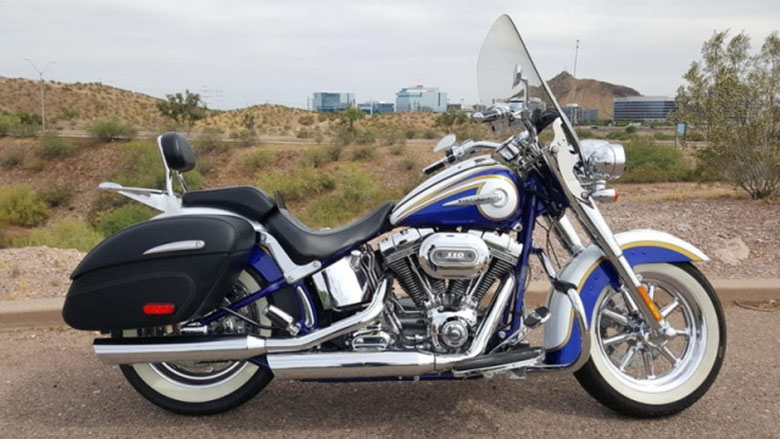 The price of CVO Softail Deluxe is £23,195. There should be something more meaningful other than the hand tooled leather seat whenever we think about buying such an expensive bike. When you buy a bike worth £23k, you would want your peers to see and feel the uniqueness and not just the leather costing you this much. Even though it’s a thing with Harley’s that you can’t beat its residual values for many years and you’re most likely to get a good amount of money back when you want to sell it. 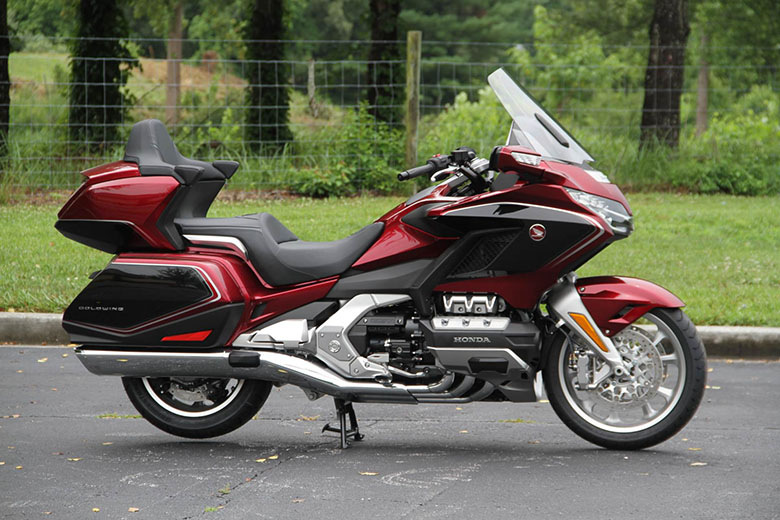 The Honda Goldwing has a price of £24,499. This bike is difficult to be understood by standard bike drivers and require a specific mindset to own and ride a Goldwing. The sheer size and the luxury is pretty fabulous in its way although the design is over a decade old and they’re not pretty fast either, but are still considered attractive. 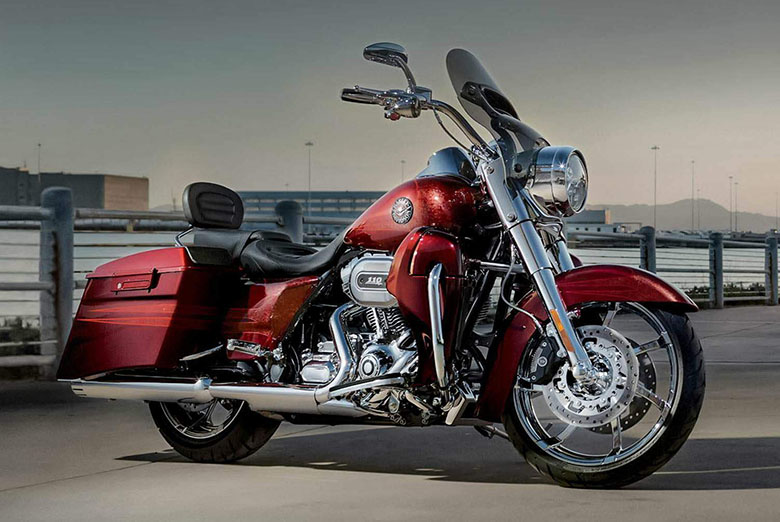 The price range of CVO Road King is £24,995. This bike is from the obtrusively bright and snowy range of Harley’s and isn’t for the shrinking violets. Again, this bike is made for a regular bike rider but requires a particular type of rider. As you can see that we still haven’t hit £25k yet and have reached the top five bikes shows that the bikes are pretty expensive in the World. 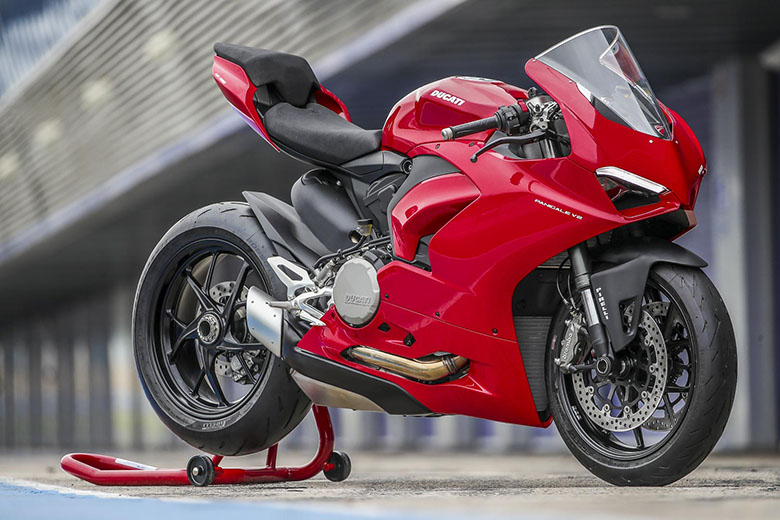 This Ducati Panigale has a price of £26,550. It was unavoidable that a high-end superbike will be a part of this list, as we can see that most of the bikes mentioned here are either cruiser or a tourer. This expensive model doesn’t only have its sheer ability and desirability but also has good future classics which makes the ‘R’ model worthy of the praise. The slight problem with this bike is that it’s not the most exotic version of Panigale that might affect the status of this bike later. 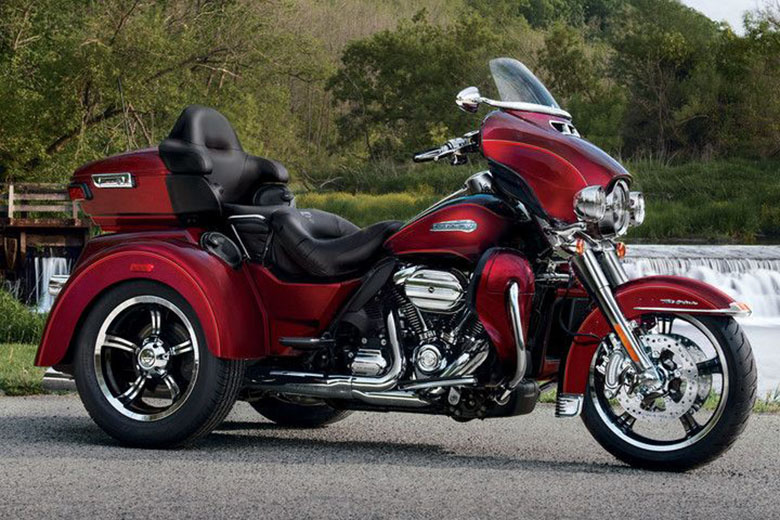 The Tri-Glide is available at £27,895. We weren’t sure about adding this bike to our list because it has one wheel too many, which drops its appeal for many of us. But is it okay to buy a £27k three wheels bike? In the USA these bikes are a huge hit but in the UK they have never seen such an offer. It would be a surprise for us if this model becomes a hit over here too, but let’s see as Harley thinks it’s worth taking the risk to introduce it here. 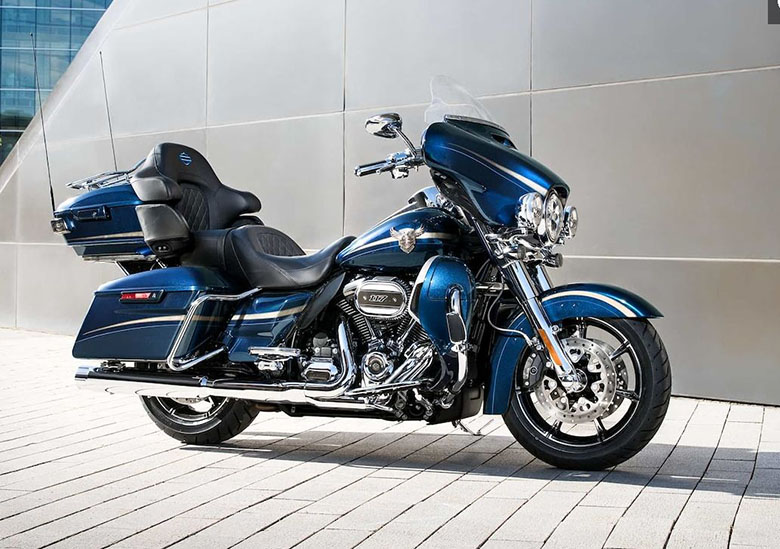 The CVO Limited is available at £29,995. The motorcycle cost £8500 more than the machine and made number 10 on this list. It has extra bolt-one, paintwork and chrome bits, twin cooled engine in which the cylinder heads are water-cooled and has the 110-inch cubic version of the Project Rushmore instead of 103- cubic inch version. Which means it is not 1690cc but 1800cc if translated to European. It doesn’t have much speed so is it worth £30k? The buyers will surely give it a second thought and most of them are likely to ask for more options at this price. 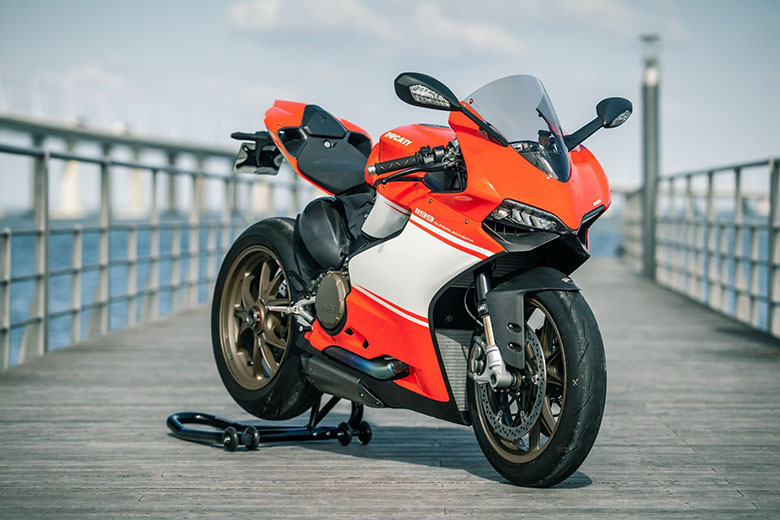 The 1199 Superleggera has a price range of £54,000. Only 500 bikes have been made of this model, which are not offered to anyone except for the owners of earlier R model superbike of Ducati and Desmosedici RRs. Of course, not anyone can afford a buy worth £54k, but the ones who want to own it won’t see that it’s worth two Panigale R’s. This bike is undoubtedly tremendous and surely it’s a bit slower, but if the buyer wants it, he can overlook such an issue and buy it.

This article provides the complete list of Top Ten Most Expensive Production Motorcycles in the UK. These bikes are high performing, stylish, and also ensure pleasure riding experience on UK roads. They are also top-rated and best performing and highly reputed in the entire world.