Electric bikes will reach a turning point where they will make financial sense for both owners and manufacturers. Honda strongly thinks the time is approaching as it embarks on an ambitious electric vision for the future. So, Honda Increases Future Electric Vehicle and Battery Plans.

The company also announced that by 2024, it intends to bring at least four new electric bikes on the market. It has also agreed to a standard specification for swappable electric bike batteries with Yamaha, Suzuki, and Kawasaki. It has started a collaboration with KTM and Piaggio to enter a similar agreement in Europe. After so many years of lurking on the outskirts of the electric motorcycle market, Honda now appears to be ready to take the plunge.

We’ve seen several patents from Honda in the last few months that hint at the company’s ambitions for electric bikes, and the machines announced for production by 2024 closely follow those prototypes. Honda would initially run in the 50cc and 125cc classes with three models: a 50cc-equivalent moped, a bigger scooter to compete with 125cc bikes, and a 125cc motorcycle. The CB125R-based electric motorcycle that the company patented last year is likely to be the last of these. 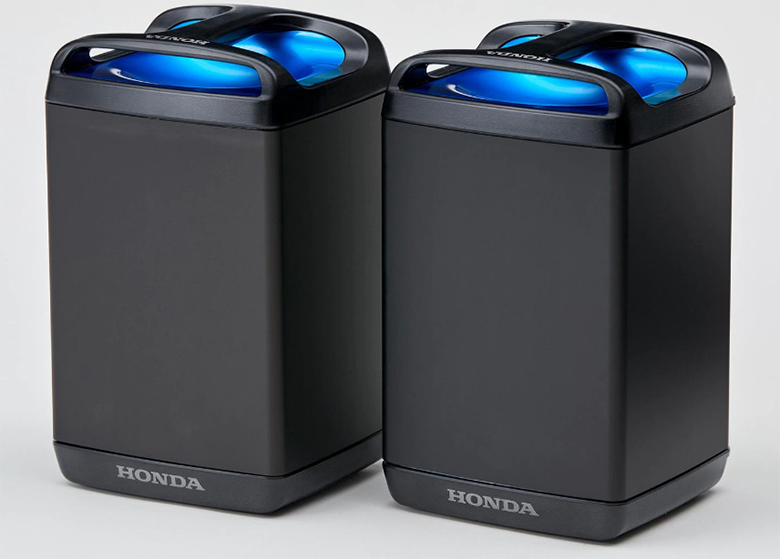 At a conference in Japan last month, Honda President and Representative Director Toshihiro Mibe confirmed the bikes. Mibe also revealed, somewhat mysteriously, that Honda will release electric bikes in the “fun” category, with a slide depicting the silhouette of a sporty-looking model to demonstrate.

“The secret to efficient electrification of motorcycle goods is to view the battery, which is still costly, separately from the motorcycle,” Mibe said, explaining why swappable batteries are essential to the program. We would pursue electrification using the Mobile Power Pack in developing countries where electrification is in high demand.”

That’s a battery swap device Honda first unveiled a few years ago, and it’s still in use in Japan in Honda’s low-volume PCX Electric scooter, as well as the business-oriented Gyro e and Benly e variants.

“We must not only expand our product lineup for personal-use consumers but also make a wide variety of battery-swapping stations available and ensure consumer convenience by making them compliant with EVs from other manufacturers,” Mibe said. To improve technical standards for swappable batteries, Honda has partnered with other motorcycle OEMs in Japan and Europe, respectively. Honda wants to extend Mobile Battery Pack technologies beyond bikes to provide power and micromobility.” 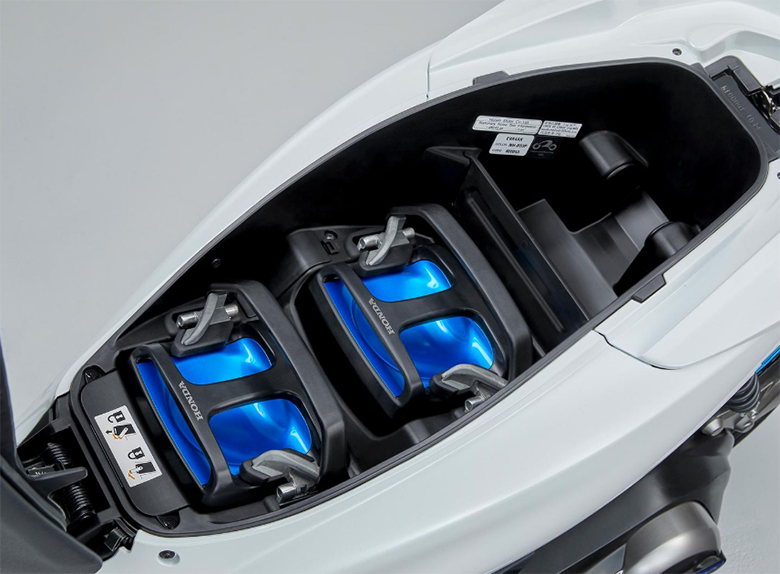 The recent Honda patent reveals specifications of a portable charging device that accepts one of the battery packs at a time, showing how owners of the next generation of electric bikes will be able to charge their batteries at home.

The adapter itself resembles an oversized version of the models used by power tools, but with some additional protection features to deal with the Mobile Power Pack battery’s much greater volume. The battery pack slides in on its side, onto a diagonal series of rails that lift it into place with the battery’s weight. Then you lift a locking handle, which physically locks the battery in place while still bringing the charger connections forward and engaging them into slots in the battery pack’s base with a linkage. Bikes that use the packages have a similar system in place to ensure that the batteries are detached and connected cleanly and correctly any time they’re installed or removed, without the need to fiddle with plugs that are physically near to the connector.