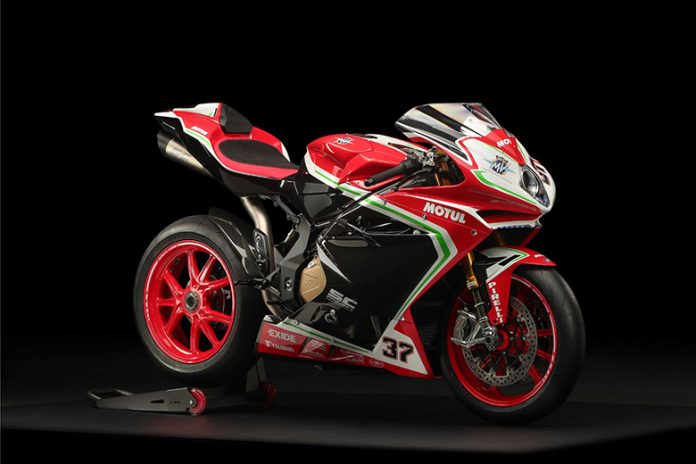 The new 2019 MV Agusta F4 RC Powerful Heavy Bike is among the high-performance bikes and it has got a great history in its blood. The motorcycle is the epitome of emotion, performance, speed, and incomparable design. The new F4 is much more than just a motorcycle; it is a limitless technology revolution. 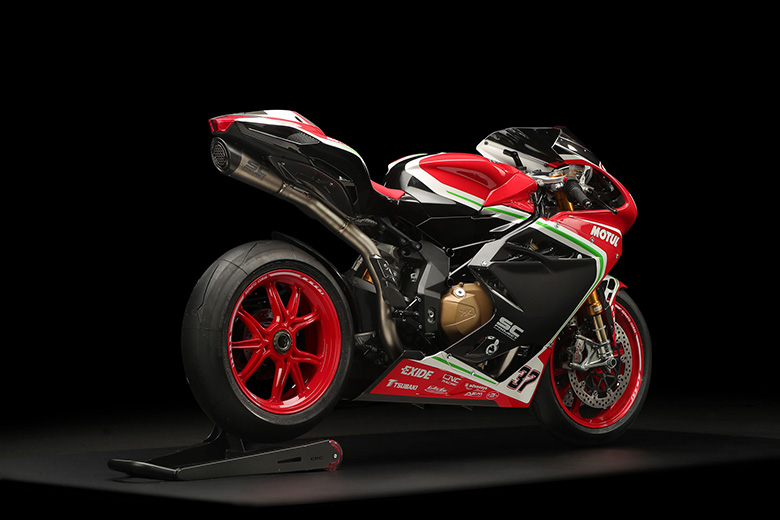 The motorcycle is a legendary project that is on its evolutionary peak that included the F4 RC, which is a dedicated racing kit, including an electronic control unit with specific mapping and titanium SC-Project single exit exhaust. These components allow the extreme power of the short-stroke four-cylinder engine to be increased with a central timing chain and the new radial valve configuration from 205 hp to 212 hp. The technical features include Ohlins fork, shock absorber as well as advanced engine and vehicle management software that makes the motorcycle the closest version to the one that raced in the World Superbike Championship. The 2019 color scheme is entirely new and it is centered around a big black central area that shows the exposed carbon fiber on the fairing. Fuel tank, wheels and fairing favor red, with white and green regions that proudly denote Italian craftsmanship. 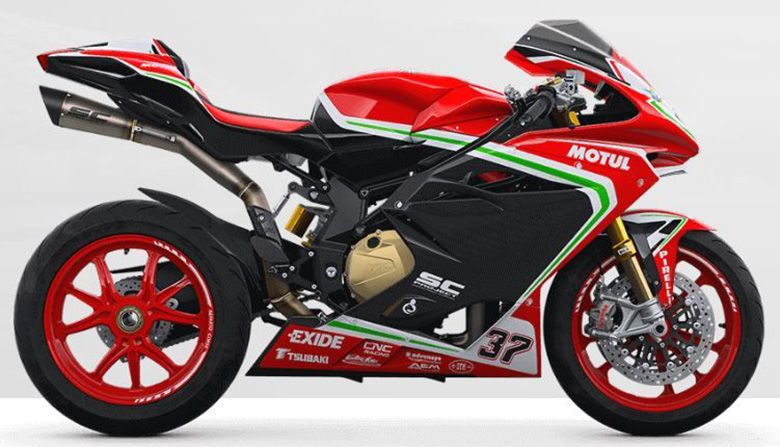 The RC in the name denotes “Reparto Corse,” which means Racing Department, which is a place where the MV Agusta machines are born. The core of the RC range is based on one philosophy i.e., the belief that races are fundamental for improving the factory production bikes. It is why the technological transfer from the track to the assembly line is as direct and as quick as possible. The MV Agusta RC range models include the sport naked Brutale and Dragster modes, the eclectic MV Agusta Turismo Veloce, the F3 675, and F3 800 Supersports motorcycle, and naturally, the exuberant F4.

The new MV Agusta F3 675 RC and MV Agusta F3 800 RC come with the same livery that enhances the attractive appearance and extraordinary compactness of the model born to offer the best on the track or the fiercest of track days. Each limited edition F3 RC unit features a dedicated race kit with the titanium exhaust with SC-Project silencer, joints and pipes, the carbon fiber heel guard and aluminum mounting brackets. The new dedicated electronic control unit is included in the kit along with the latest CNC machined brakes and clutch levers in ergal, a rear-wheel stand, a sprocket to achieve maximum acceleration and a motorcycle cover. These motorcycles come with an authenticity certificate that highlights the legacy of the brand.

The new Dragster 800 RC interprets the Drag-racing vocation that made it famous. Thanks to the overall weight of 160 kg and its horses and highly effective chassis architecture, the MV Agusta Dragster 800 RC is the pure sports motorcycle that finds its most fascinating side in the accessories package to put together by the racing department. All-new spoked wheels in the standard package move over to make room for the trendy nine-spoke design in lightweight forged alloy with an unmistakable racing style. An attractive technical sponsor logos decorate the essential fairing of the MV Agusta Dragster 800, along with the number 37, which highlights the total number of world titles won by MV Agusta. 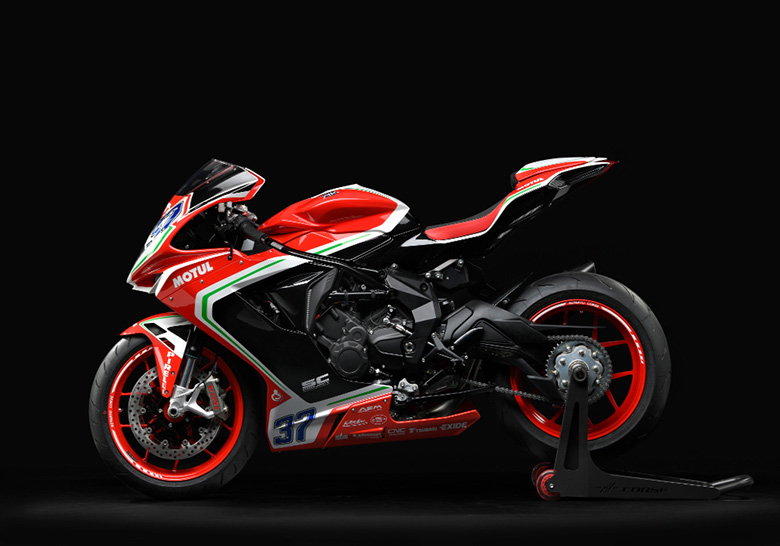 The new MV Agusta 800 RC is an uncompromising motorcycle reminiscent of the most sensational and aggressive version of the four-cylinder brutale. It is a model that has revolutionized the design of the middle-weight segment focusing on extreme performance. Its new carbon fiber components contain the fuel tank side panels, the rear inner fender, the front fender and the instrument cluster cover. The new forged alloy wheels feature strong impact, unmistakeably red to complete the racing color scheme common to the RC range, and it is made even more attractive.

The MV Agusta Turismo Veloce RC emphasizes the sporting DNA of the model that highlights its conceptual originality in the touring bike segment. The extreme versatility stems from the unique and specific technical choices like the compact and relatively small displacement engine, the motorcycle’s consequent lightweight, and the agile dimension of the chassis architecture—all in the segment characterized by increasingly heavy and bulky motorcycles. The MV Agusta Turismo Veloce RC is equipped with SCS technology that stands for “Smart Clutch System,” It identifies the solution developed exclusively by MV Agusta for fully automatic clutch management. The system lets the rider choose from two possibilities either to operate the clutch manually or leave operation up to the system. 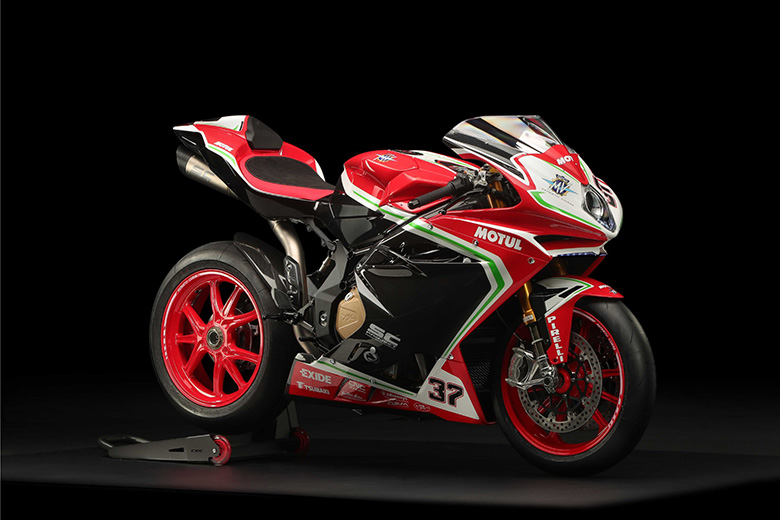 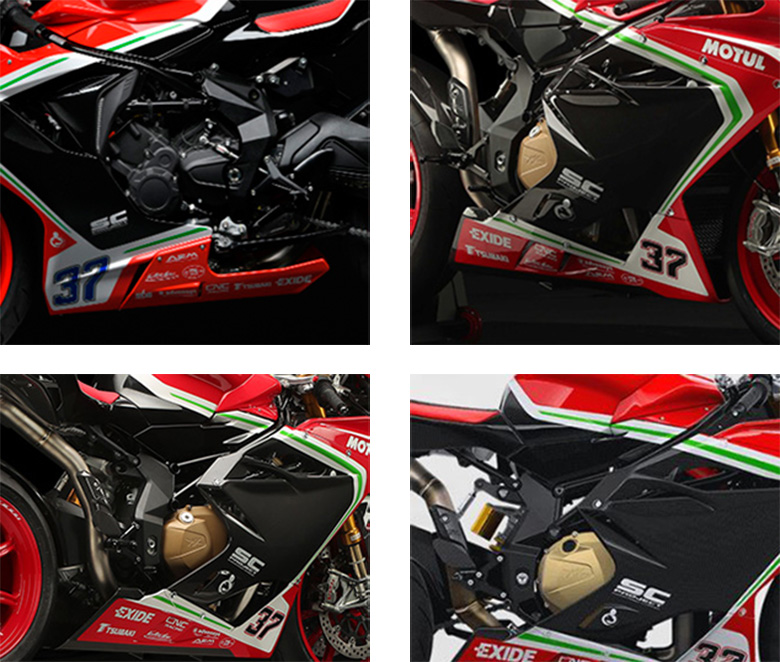 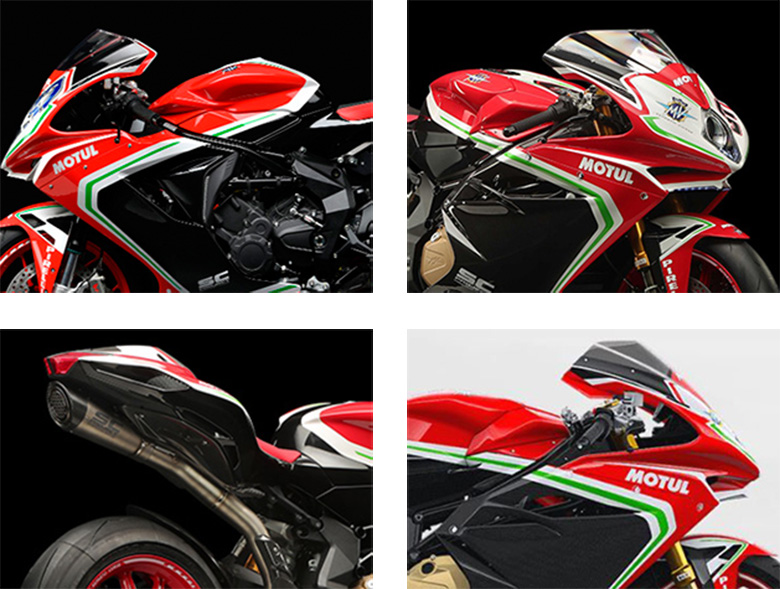 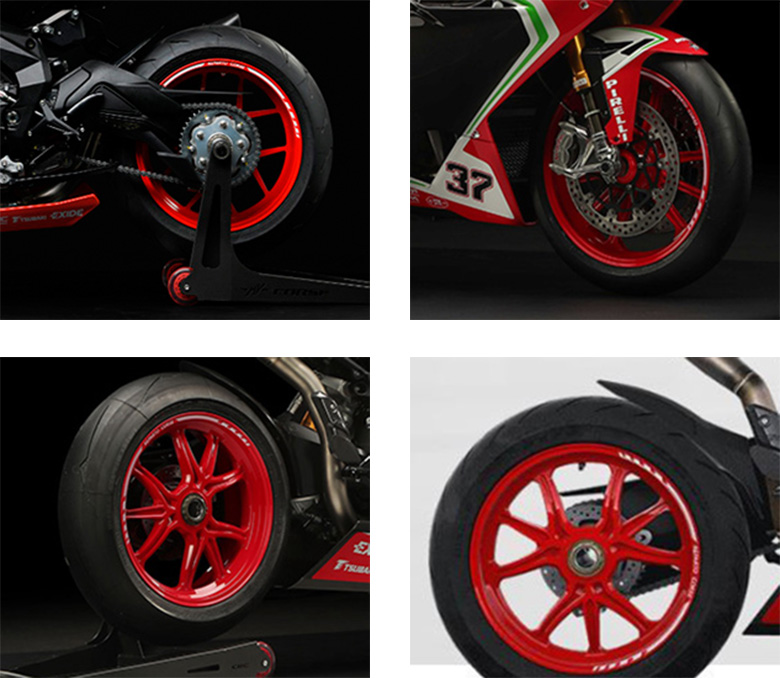 In the end, Bikes Catalog would love to conclude that the new 2019 MV Agusta F4 RC Powerful Heavy Bike is one of the best and highly impressive naked sports motorcycles that most of the riders love. The powerful engine and stylish chassis are the distinctive features of the F4 RC that make it famous worldwide.