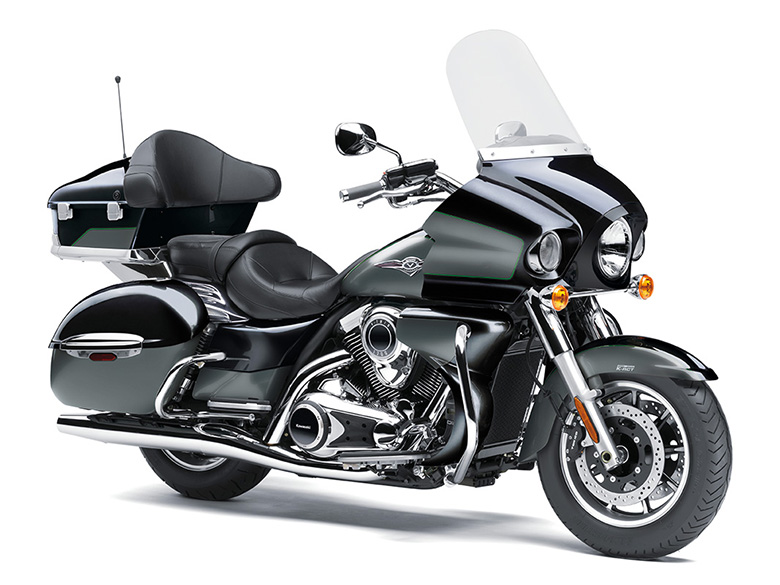 The newly launched 2017 Vulcan 1700 Voyager ABS Kawasaki comes with the powerful fuel-injected 52-degree 1700 cc V-twin engine. This engine delivers high torque levels with the powerful and distinct V-twin feel. The engine provides incredible torque and acceleration. Moreover, a rider can activate the electronic cruise control system in the third gear or at any speed between 30-85 mph. The bore to stroke ratio is 102 mm and 104 mm respectively. 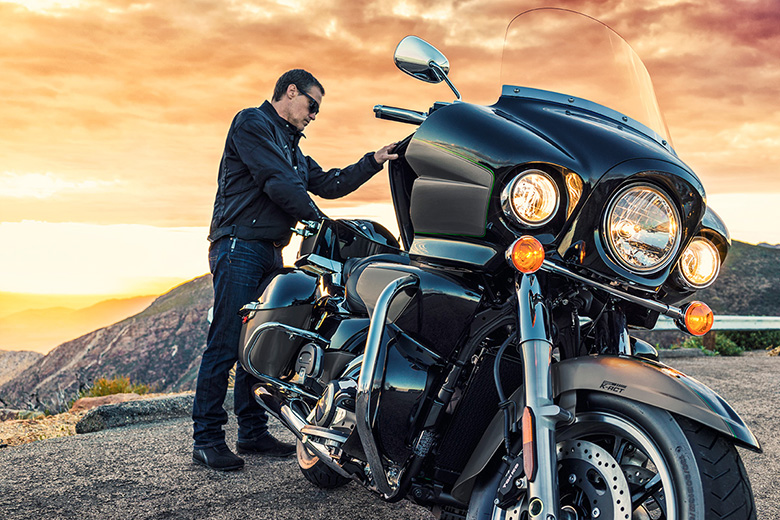 The all-new 2017 Vulcan 1700 Voyager ABS Kawasaki features the stylish frame-mounted fairing that maintains the steering feel light by directing the forces of aerodynamic into the frame. The design of chassis is perfectly ergonomics. The seat of motorcycle offers the maximum comfort during the long ride. The new Kawasaki Advanced Coactive-braking Technology (K- ACT II) ABS, which helps to ensure ideal brake force distribution for confident and highly effective braking. This Kawasaki Bike features touring amenities such as an intercom headset, which has compatible audio system and integrated luggage. 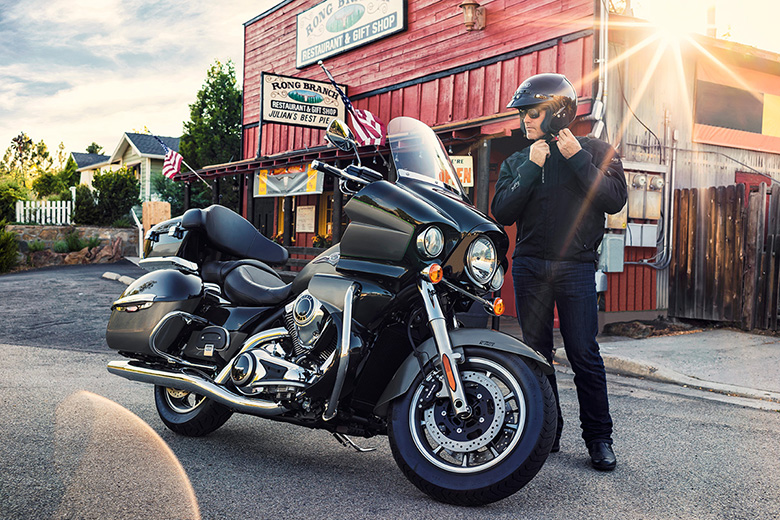 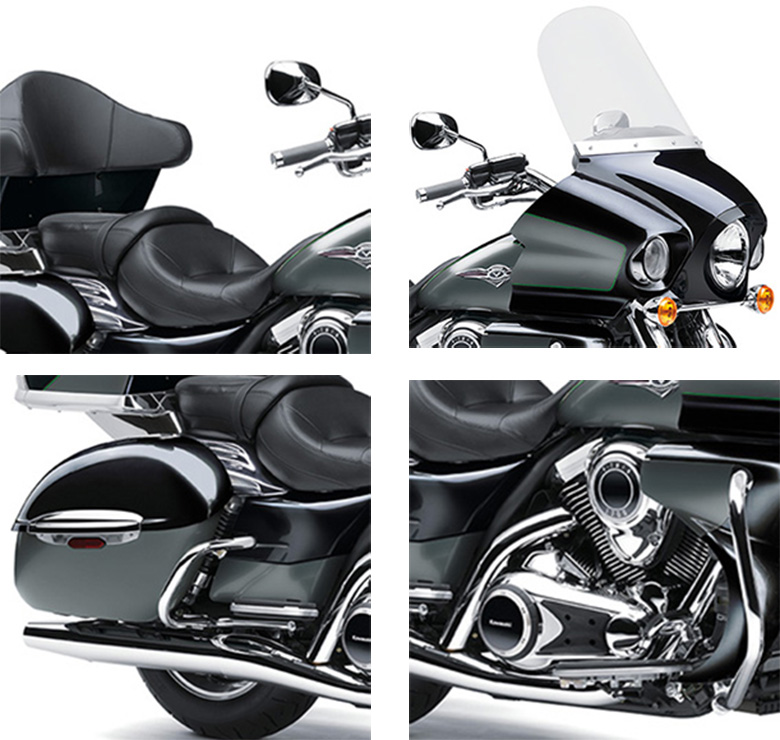 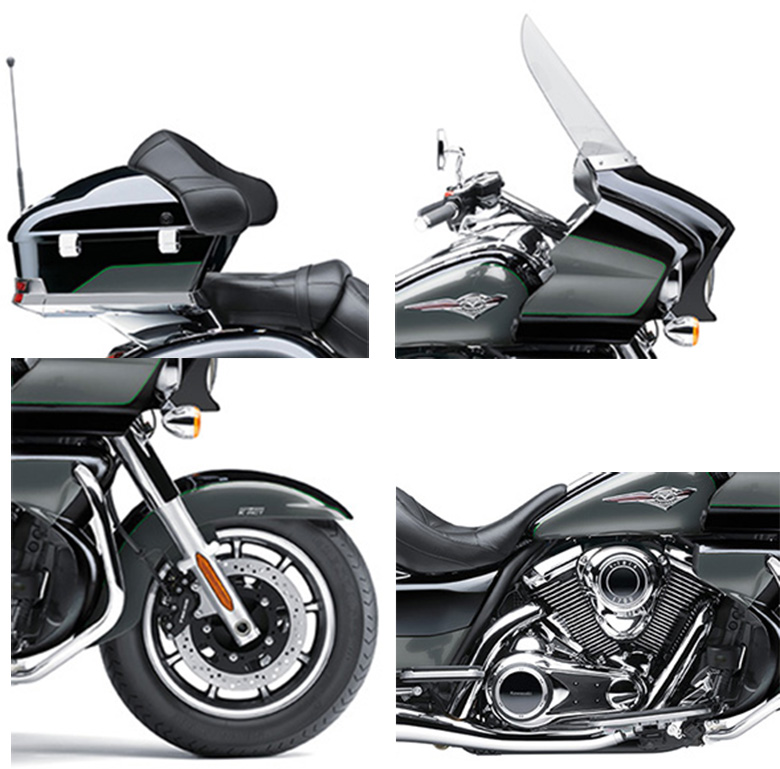 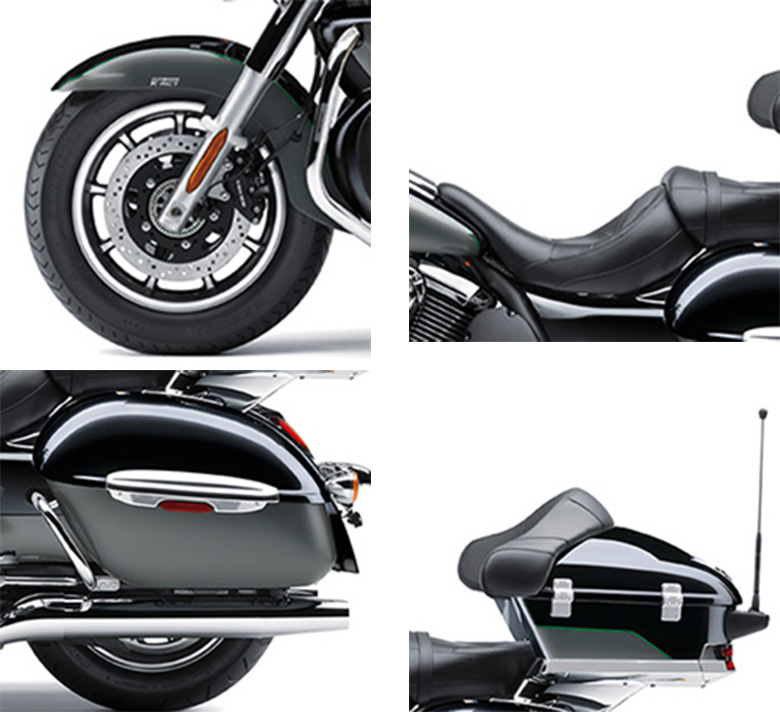 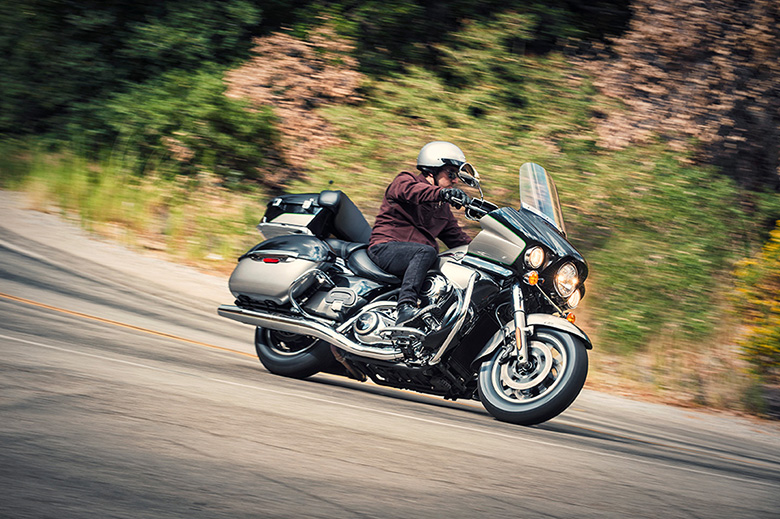 This article gives complete information about the newly launched 2017 Vulcan 1700 Voyager ABS Kawasaki cruiser motorcycle, and it is covered under www.bikescatalog.com. It is an amazing and powerful cruiser bike that comes with the number of features. The chassis has an attractive design and colour combination. The seat offers incredible comfort and is best for a long ride. It is a fantastic bike so don’t forget to purchase it and leave your thoughts here in the form of comments.